A little over 225 showed up, mostly cast/crew and friends. A handful of random stragglers showed up -- people who had heard about it an wanted to see it. My favorite part of the night was that a few broke-ass college students paid their admission with a handfull of quarters!

We had some kind of inexplicable technical issue. Since last night, I've heard that this theater has had similar issues with other indie screenings. I gave them a regular DVD. Tested it in my Xbox, and it worked perfectly. But then at the theater, the video and audio often went out of sync by a couple seconds. It would stay out of sync for 10-15 seconds, then come back in sync.

The audience was very forgiving. I think it's safe to say that nobody let the occasional out-of-sync audio ruin their experience. The audience LAUGHED THEIR FUCKING ASSES OFF. Seriously, it was a very fun time.

So far, one Indietalker has seen it (Dready helped with ADR), but that was the 1st rough cut. This website has been so instrumental in the entire process of this film, that I really look forward to showing the whole damn thing, in it's polished state, to anyone that wants to see it.
C

Kudos man sounds awesome, i hope id get half that turn out if i try a public screening

Great to hear! It's been fun witnessing the genesis of this, and I can't wait to see it.

Congrats!
At the H.P. Lovecraft film festival screening of BTWOS in 2009, the DVD froze for like 20 seconds, in the same place both days. It had played flawlessly on my player at home. DVDs are just a huge dice roll.

Good work with this! I saw the photo on Facebook and that looked awesome (new avatar?). I hope you get some joy in the festival run...

As someone who has seen the 'rough' film, I'm not surprised it went so well.

So when can I buy the DVD? I'm really looking forward to seeing/owning the finished film!

I also, for one, can't wait for "Nudity Required Tuesdays".

I can't wait to take a look!

Congrats on the screening!

How's the festival circuit shaping up?

Cracker, any press show up? Anything in the local rag?

Congrats! And yes, i'd like to see it whenever you're ready to show it.

Man! That is AWESOME! congrats!

Dude! I'm so super happy for you! This is awesome >.< If any one deserves success in being a kick ass film maker it's you my friend. I'm glad to hear everyone had a good time and the stuff ups were minimal. I can't wait to see it <3 <3 <3

I'm happy to hear that. 225 people at a first screening is great... If yr getting big laughs despite unsynced sound you must be doing something right. 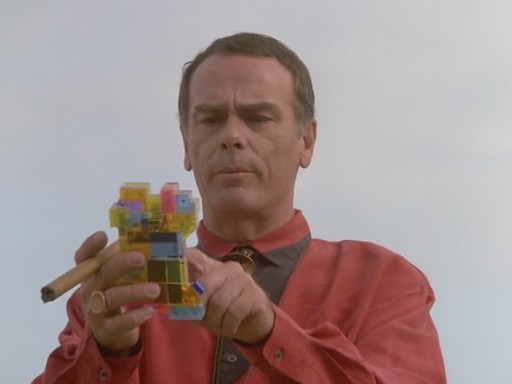 I'm 85 per cent sure this is going to break out and be an indie hit. Maybe not in the next 6 months, but within a year definitely.

If the festival route doesn't work, you have the option of sticking 30/60/90 minutes of it online and hoping it spreads virally.

Kevin Smith never had that option. So you are set with a solid plan B.

Excellent news, C-Funk. Man, it has been a treat to follow this success story on here. Let me know when the DVDs are ready for sale. You can pen me in for a copy, sir.

Congratulations, dude - you've got a feature under your belt, man! That is so freakin' awesome!!

I knew when I first read the line in your script "big ol' floppy titties," you were going to become a force to be reckoned with in the film industry. I felt I could almost reach out and touch your pending success...

Seriously, Joseph, I can't wait to get a copy in my warm hands...