Staff Member
Moderator
The 50-year-old actor checked his phone as he leaned against his vehicle before driving off into the city's streets. 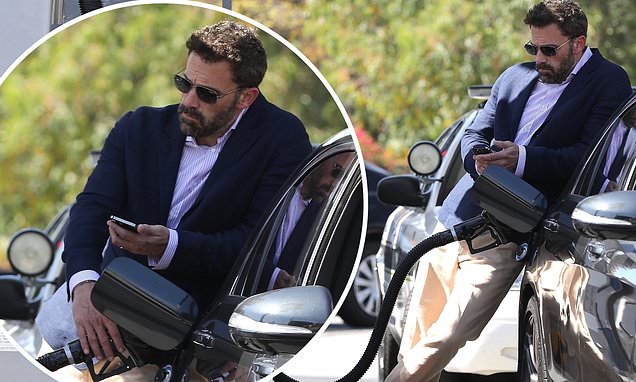 Ben Affleck was pictured while pumping gas into his car in Brentwood on Sunday afternoon. The 50-year-old actor checked his phone as he leaned against his vehicle before driving off.

I take back everything I've ever said about professional journalists being inept.

Staff Member
Moderator
I did a little digging into this news story...

there's actually more pics with a telephoto lens, you can even see the text message he got on his cell phone 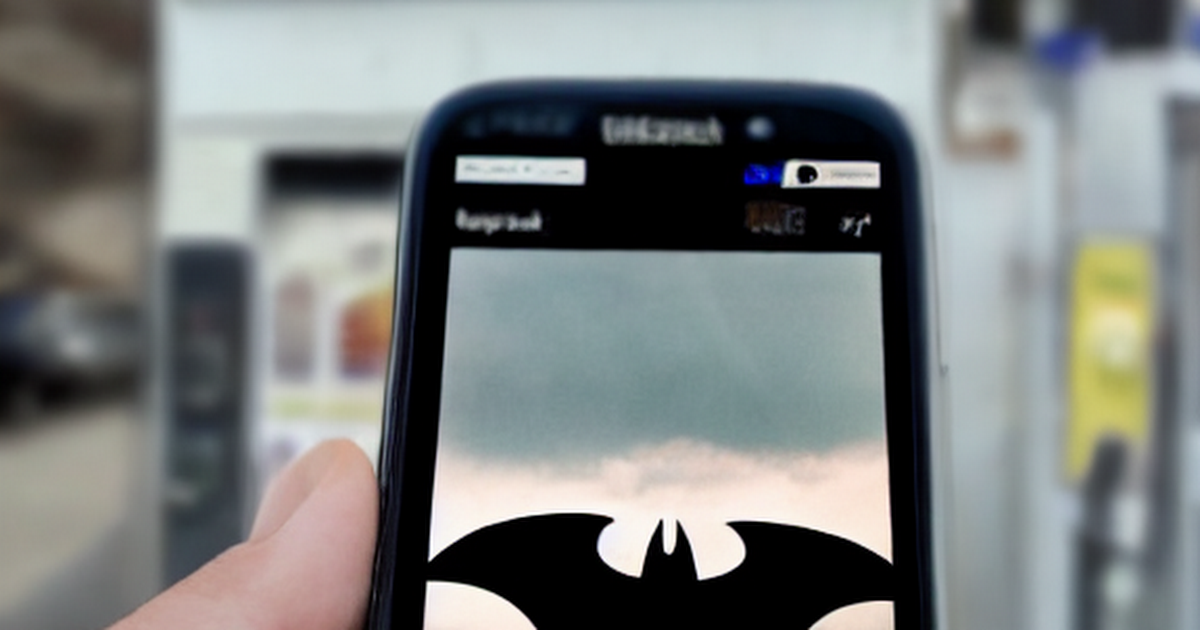 I'm going to subscribe to Dailymail.UK, in case they post pictures of him leaning against another object. Who knows what object he will lean on next. The only way to find out is constant vigilance.
Last edited: Sep 19, 2022

Jeeze, guys, don't be so cynical. This is good stuff to know. I would have thought that Ben Affleck would have had someone to check his phone for him. It is cool to find out that he checks his own phone, just like the rest of us.

Also, if I had not been drawn by this story, I might never have found out about this: Robot Lightbulbs! 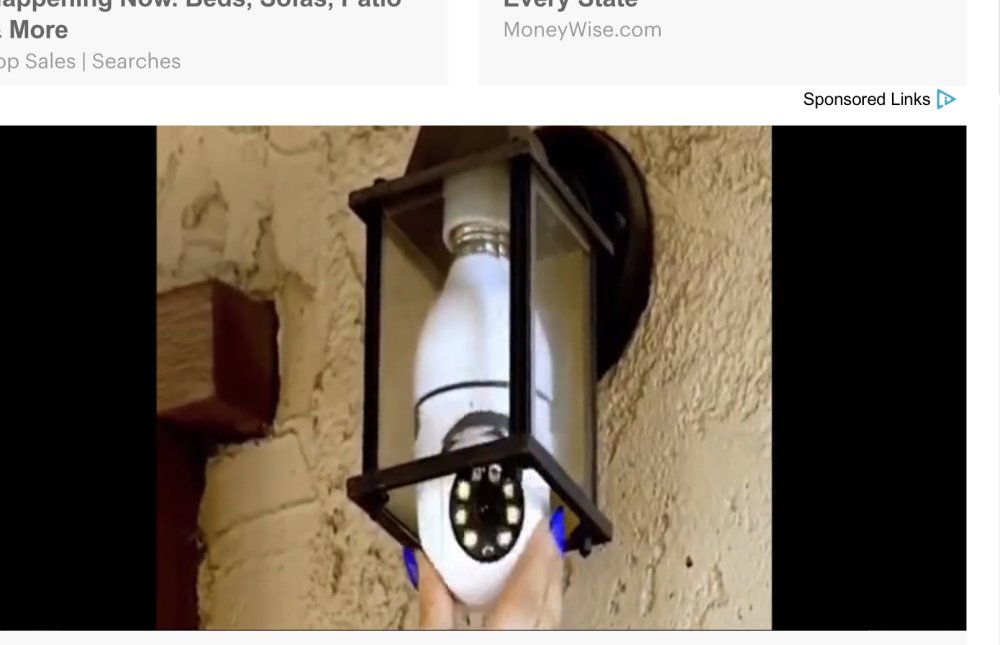 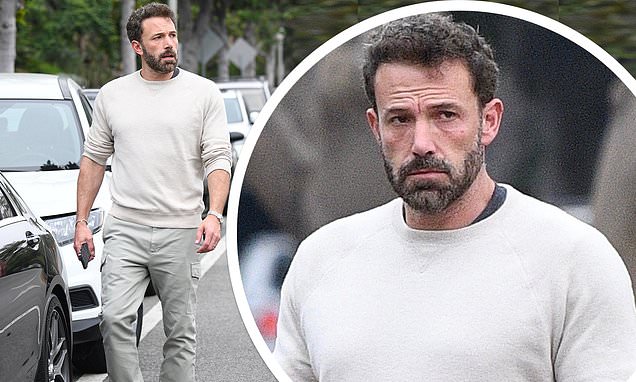 Ben Affleck was seen alone on Friday in Los Angeles. The 50-year-old star seems to be favoring beige lately after he was caught wearing what appeared to be the same sweater on Wednesday.

Staff Member
Admin
Fun Fact. My other half used to work at dailymail

Staff Member
Admin
This is like the best thread EVA! 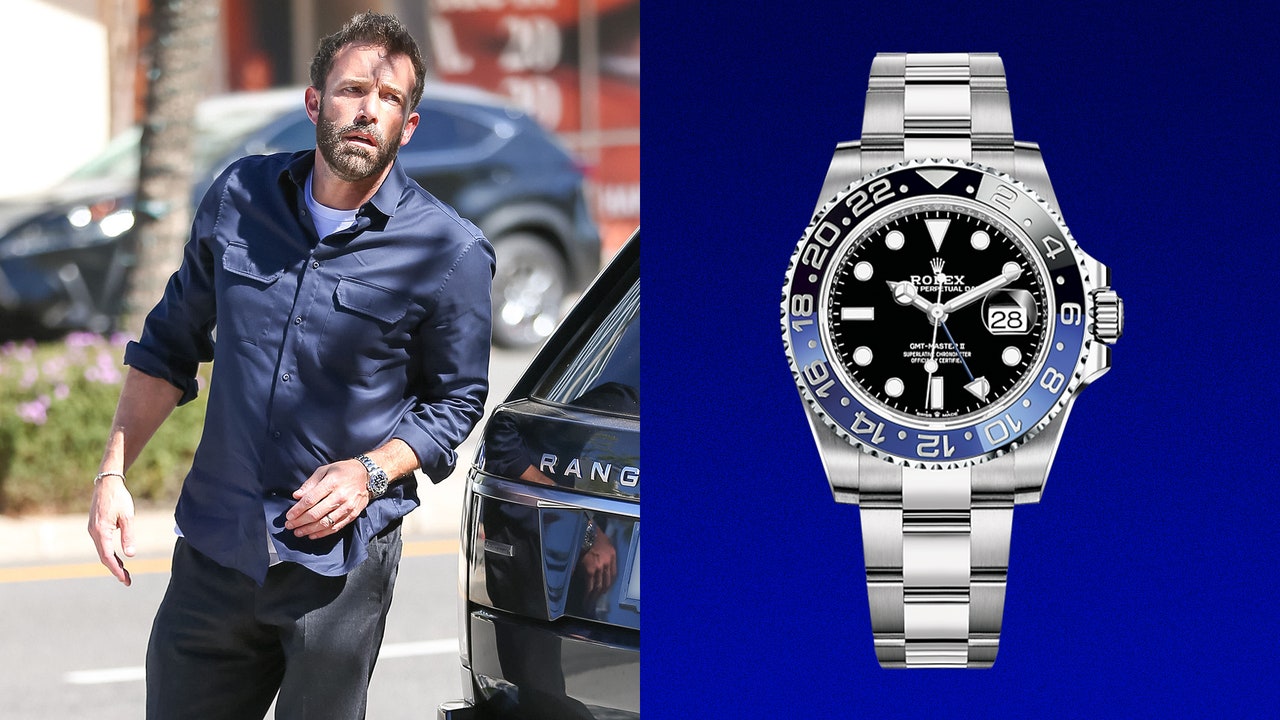 Affleck’s watch nods to one of his previous roles.

Ben Affleck was seen alone on Friday in Los Angeles. The 50-year-old star seems to be favoring beige lately after he was caught wearing what appeared to be the same sweater on Wednesday.

I really like this headline. It's because it paints a picture so informative that you get the negative space. Not just what's happening "Ben Affleck wore a Beige sweater", but also what's NOT happening, because it mentions that he wore the sweater alone. This pointedly illustrates the fact that Ben is not surrounded by friends while wearing the sweater. They could have just waited for a day when he wore a sweater that had a more interesting description, but instead they worked with what they had, and wove a spellbinding tapestry about the situation at hand. I should practice this Avant guard writing style to improve my creative delivery.

"John Hamm was seen inserting coins into a soda machine, with no swarm of bees attacking him"

"David Spade was seen breathing next to a parking meter, which he was not inserting coins into, because he wasn't parked there"

It's got this post futuristic vibe to it, this style of reporting, Where we not only get the core information, about the beige sweater, but are led to imagine an alternate reality where he had been surrounded by friends while wearing the sweater, and then informed that that alternate timeline never took place. Why? Is it because of the beigeness of the sweater. Did he leave his friends leaning on things at the gas station from the previous story?

I do feel that this story missed some key information that the previous one handled better. In this case, I know important details about the sweater, but I don't know what he's leaning against, or whether he drove off after wearing it.

indietalk said:
This is like the best thread EVA!

Affleck’s watch nods to one of his previous roles.

I saw Serena Williams once, and she was wearing tennis shoes. Do you think that's a coincidence? No way, it's a secret nod to the little known fact that she plays tennis. 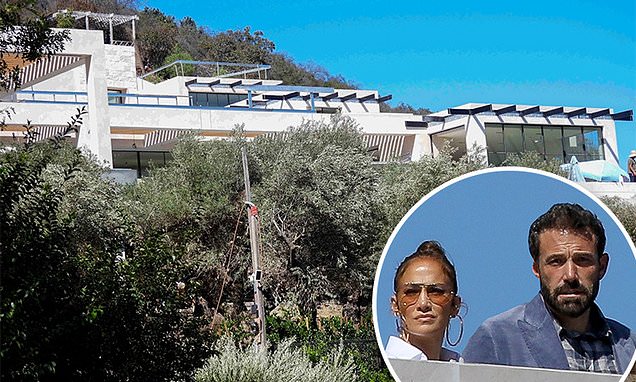 The dynamic duo were evidently checking in on the renovation of the sprawling $28 million pad Jennifer owns in the upscale enclave, and where they will reportedly both live.

Staff Member
Moderator
Ah ben you crazy!! Spending time at his own house What is he gonna do next?? I can't wait to find out.

I think I'm getting the hang of how to write these professional grade stories. 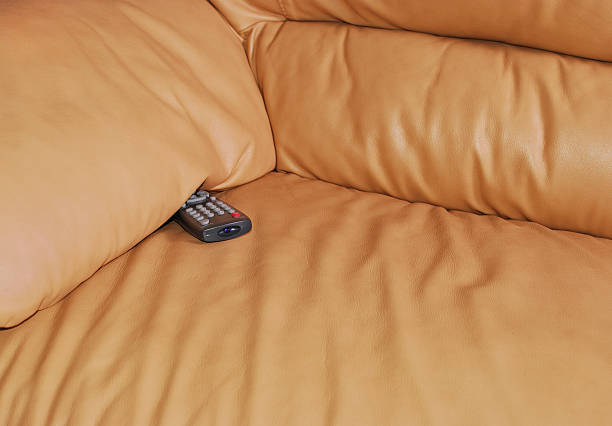 Earlier today Ben Affleck was seen searching for his remote control during a commercial break. As events progressed, it became clear that the remote had become wedged between two sofa cushions. He retrieved the remote from the location, and was seen changing the channel before leaning against the beige sofa and continuing to watch the television. Fans may remember that Affleck starred in the second worst Batman series, which featured both a couch and a television during certain scenes. While nothing is official, Daily Mail insiders believe the entire scene to be a performance art piece, designed by Affleck to raise awareness of prior Batman films.

Staff Member
Moderator
Who is reporting on him from the inside of his living room?
Last edited: Oct 2, 2022 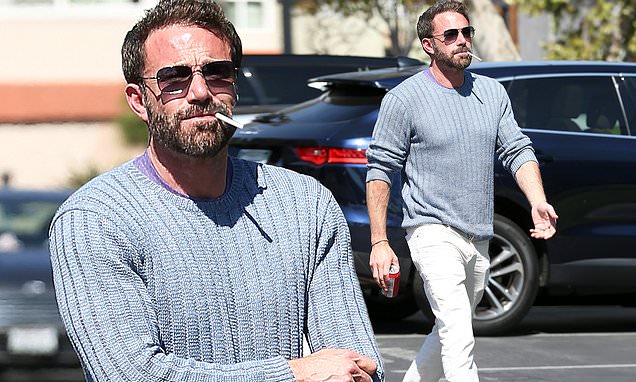 Who wants to bet on whats next?

I think he buys a snack

Ok, this is all starting to make sense. The text messages, the leaning, the beige sweaters, the renovation "checkup", the rolex that some people called the batman rolex even though rolex doesn't call it that. It's here though, where the cigarette and soda are revealed in combination that we see the pattern begin to emerge. These random items they are mentioning, the ones that seem to have no relevance to anything, are actually coded messages, like the cryptic 3 number codes broadcast by cold war number stations. Daily messaging by the Illuminati to it's members, hidden in plain sight on the front page of the world's most reputable newspaper. You just cross index the alphanumeric value of the letters in the code words with the 1975 Jesuit manifesto and you've got your secret message. "UIglzrp tlondir flpchr". While I've yet been unable to ascertain the meaning of this phrase, it certainly points to a larger and more sinister conspiracy. Hiding a coded message inside another coded message is an unmistakably devious action, and doubly so because the cipher is so reminiscent of the kind of random gibberish you would see if you converted any text through that decoding process, as to instantly discourage anyone working with the correct theory.

What are they hiding, and what is Ben Affleck's role in it? No one knows, but my theory is as follows. Ben Affleck and Phil Donahue are the same person, after a top secret age reversal process known only to the Illuminati was performed sometime in the early 1990s. Think about it, you never see pictures of the two of them from the same year. This entity telegraphs instructions to his legions of followers through seemingly pointless large scale media releases about inane situations. The end goal of this subterfuge is likely to set the stage for the new world order, a singular government, run by an immortal Phil Donahue, that practices wide scale human sacrifice to provide the chemical essence of the age reversion formula used by the legacy elite.

It's either that, or he was just carrying a soda while smoking. 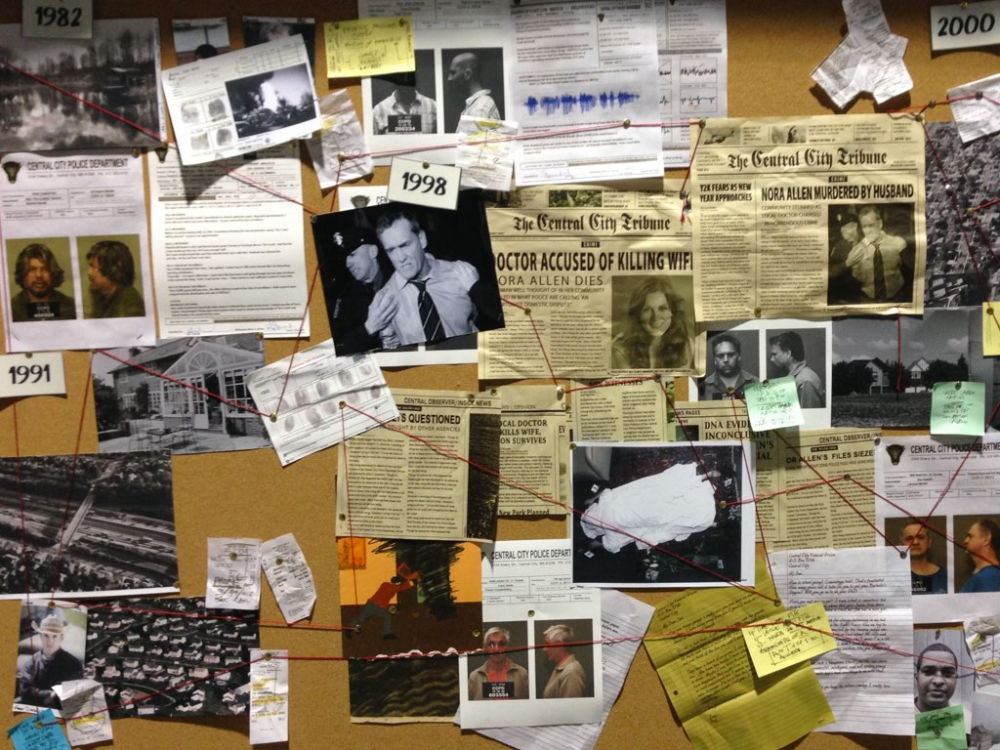 Staff Member
Moderator
I have oft times in life been tempted to make a random board like that in my house, with clippings and strings connecting them so people can walk in like wtf??
You must log in or register to reply here.