movie-talk What are you watching rn?

Hahah I was just making fun of this show yesterday. I do like it but the “heroin chic computer hacker” is a literal carbon copy of the Computer hacker from the strain.
This is what a computer hacker looks like right guys 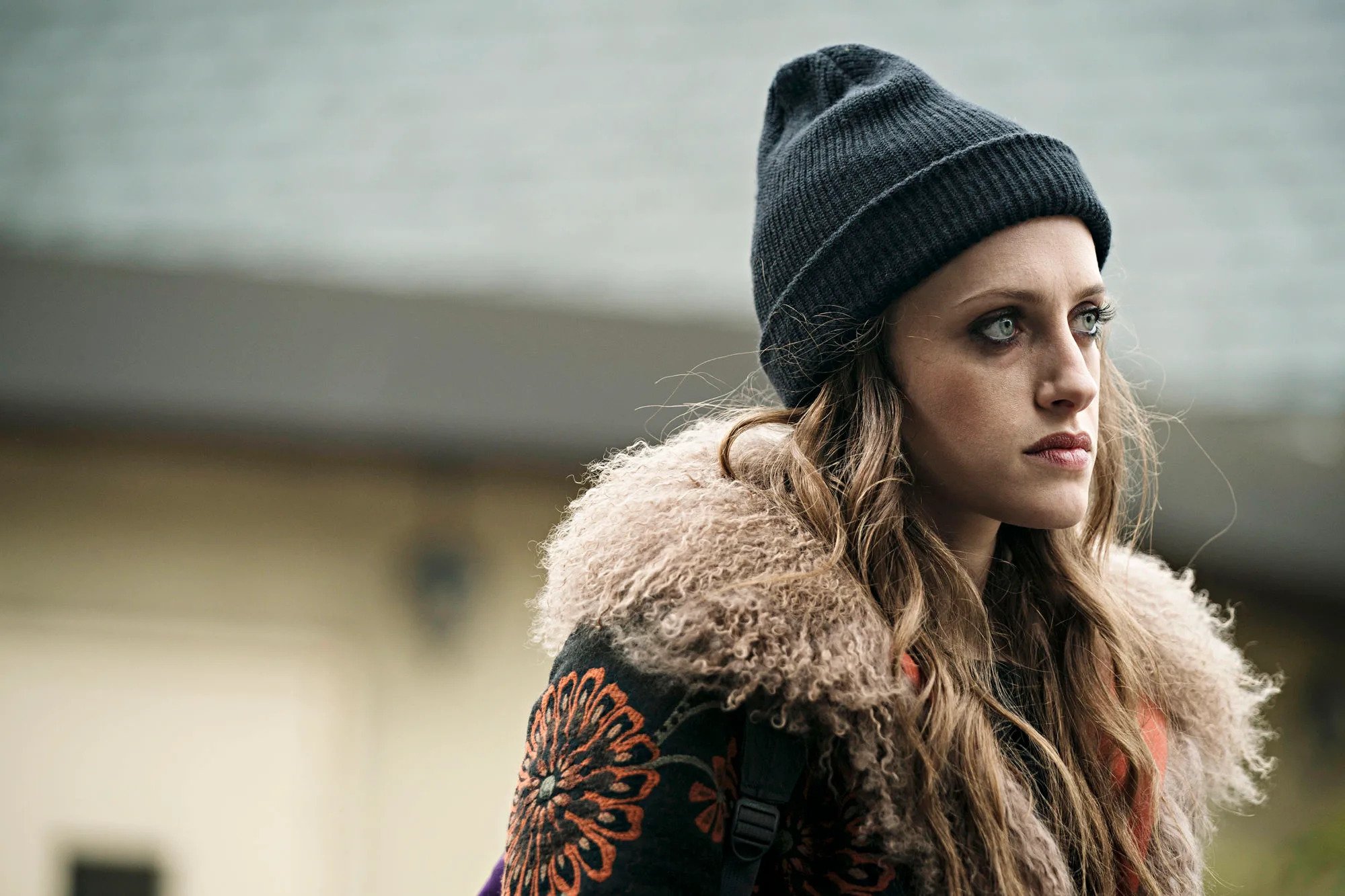 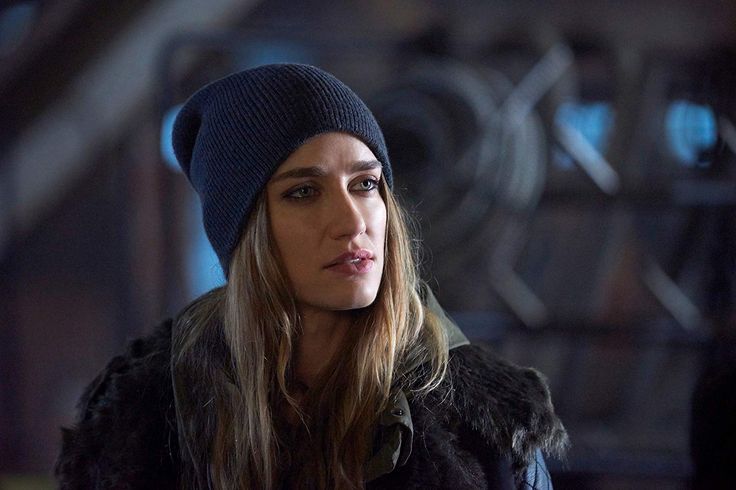 First season was the best cause the American psycho villain in mr robot. Then they basically cut him out of the show for season two and it got really bad comparatively
Last edited: Aug 22, 2020

Jea... 2 season is ok if you look it from that FBI woman's perspective but Les good as 1. 3 season I was not invested, 4 season as good as 2.

I'm behind the times, but I just started watching The Chi - first season came out in 2018, and it recently finished season 3 with a 4th season up in the air.

I'm half-way through season 1, and so far it's really great. Excellent writing, no lulls, and wonderfully complex characters. The actors are all terrific as well.
www.maralesemann.com

Just finished watching MONEY PLAYS starring Roy Scheider and Sonia Braga. I'm pretty much a sucker for anything Scheider was in and I used to actually be a professional gambler back in the day so this was a no-brainer for me to watch. I'd never even heard of it before. Apparently, this came out in '98 and has a kinda TV vibe to it even though it says SHOWTIME PRESENTS at the beginning... Like I was watching an episode of The Rockford Files without the music. Still... Interesting story. Braga plays a prostitute working at a brothel outside Vegas. Scheider seems to be shift boss at the craps table who's wife died sometime ago. He also has a young, teenage daughter.

By this time, he apparently visits the brothel every so often and utilizes Braga's services... We never actually see that but we put those pieces together via exposition. One day, Braga finishes providing services for a client who ends up being a member of organized crime. He has a heart attack in her room and falls on the bed. Instead of contacting management, she searches him -- finds a body money belt with $550K inside. Next thing we see is the manager of the brothel calling Scheider up at home asking him to come in because a man died with Braga's character and he is the only one she'll talk to because she's so distraught... LOL.

Scheider shows up... Talks to Braga but she's not distraught at all... She has a plan to retire. She's pretty sure the $550K is mob money so she doesn't want to steal but she does want to USE it to win more money but she feels she needs a partner and Scheider's character fits the bill as far as she's concerned.

Since the girls are searched before they come on the premises and before they leave the premises, she hands the money off to Scheider to hold for her. They later meet and she lays out her plan... He dresses up like a rich cowboy, enters some casino and rolls the dice for the entire $550K. He's worried if he loses, they are both dead but she assures him that she won't rat him out if he ends up losing.

I won't say anymore about it from there but while it wasn't the greatest acting or directing I've ever seen, there was SOMETHING about it that I liked. Maybe that the story was fairly simple. There were certainly a few things I think they did wrong -- storywise -- but all in all? Wasn't a complete waste of my time and while I love movies overall? These days? The bar is so low with what's out there that I'm actually impressed when I can watch something like this all the way through without turning to something else.

Could it have been better? Absolutely. In fact? I would love to see this remade.

Whew... Just finished watching A DEADLY ADOPTION on Tubi. I was browsing through all the thriller movies and all of a sudden, I see Will Ferrell's face and made a frown. Never heard of it but I was interested to see how Ferrell pulled it off. Began watching it and whew... It was painful. The dialogue. The acting. The directing. I seriously didn't know what I was watching. I kept waiting for the punchline because I kept feeling somebody was playing a joke on me.

The actors played it straight, all the way through... Yet? At any moment, you feel like this is going to turn into a comedy and IT NEVER DOES. LOL.

Afterward? I couldn't help but look it up to see what the story was on it and immediately read this:

Will Ferrell: ‘A Deadly Adoption’ On Lifetime Is “One Of My Favorite Things I’ve Ever Made”–ATX

Didn't feel so bad then... Apparently, Ferrell has always wanted to do a Lifetime movie. Apparently he and his people pitched it to them and they said, YES but what they didn't tell them was that the movie they were making was going to more or less make fun of Lifetime movies. The cool thing is that even after Lifetime found out? They were cool with it.

As for rating it? LOL. I give it a 3 out of 10. After reading the above story? I still rate it at a 3 but because they made fun of Lifetime movies by playing it as a straight, HORRIBLE thriller? I'm giving it a 5.

Just finished reading this interesting review of A DEADLY ADOPTION:

and this article: So What Was the Deal With Kristen Wiig and Will Ferrell’s Lifetime Movie A Deadly Adoption?

If you're UP for a weird movie experience? Highly recommended. LOL.
Last edited: Sep 1, 2020

Unknown Screenwriter said:
If you're UP for a weird movie experience? Highly recommended. LOL
Click to expand...

mlesemann said:
Wondering how many days it will be before my husband tells me that he watched this at 2 AM when he couldn't sleep

That's also my problem... I don't sleep for 4 to 6 days... Only when I cannot do anything BUT sleep do I finally fall asleep. Even with the brief commercials on Tubi? I find they have one hell of a variety/selection of movies to watch across the board. Want to watch a blockbuster? You can. Want to watch a grade Z direct to video? No problem. LOL. I was just curious when I was going through the thrillers to find a thriller with Will Ferrell. I even thought... That can't be right. Let me check it out.

As she did in this one too... I mean once I found out what the movie was actually doing? Both of their performances were outstanding once you understood the context.

Unknown Screenwriter said:
That's also my problem... I don't sleep for 4 to 6 days... Only when I cannot do anything BUT sleep do I finally fall asleep. Even with the brief commercials on Tubi? I find they have one hell of a variety/selection of movies to watch across the board. Want to watch a blockbuster? You can. Want to watch a grade Z direct to video? No problem. LOL. I was just curious when I was going through the thrillers to find a thriller with Will Ferrell. I even thought... That can't be right. Let me check it out.


As she did in this one too... I mean once I found out what the movie was actually doing? Both of their performances were outstanding once you understood the context.
Click to expand...

She made a profound impression on me as an actress so im looking forward to wonder woman 1984 and seeing her as the villain !

I just finished re-watching Midnight in Paris. Really delightful with an amazing cast. I like when fantasy is played straight - as if it's just as real as....whatever.
www.maralesemann.com

Damn i need to watch Lola for my study of color. This film looks amazing by the stills on imdb

In this video mr roger says that he has never shot anamorphic and doesn’t use backlights. Awesome, really goes to show it’s about finding your style and not following a set of rules

Had to type in chris's name to find this one.. only two months old!
And absolutely loaded with great advice and information.

Dean cundey (jurrasic park, back to the future, big trouble in little china, Jack And Jill with adam sandler)


at 11.5 minutes says that 80% of how we perceive our world is visual.... of course there is still touch and smell so i wonder how much of it is even sound? 10%?
Dean Cundey coming out swinging against the soundies
Last edited: Nov 2, 2020

The Best Canceled Shows of 2020 — Year in Review

7 New Netflix Shows in December, and the Best Reasons to Watch