I'm watching the series on Netflix, and it's a spin off from the Karate Kid movies of the 1980's. I especially liked how the producers brought back as many of the old cast as possible, including the extras from before. It's not just a martial arts show, like the movies, and it has a comedic element to it, which I do like. Watching this gives me the inspiration to continue working on my dream, which is to be a writer-EP.

I heard it was good. It went from being dead to all of a sudden being #1 in netflix. I think that's called going viral or something. 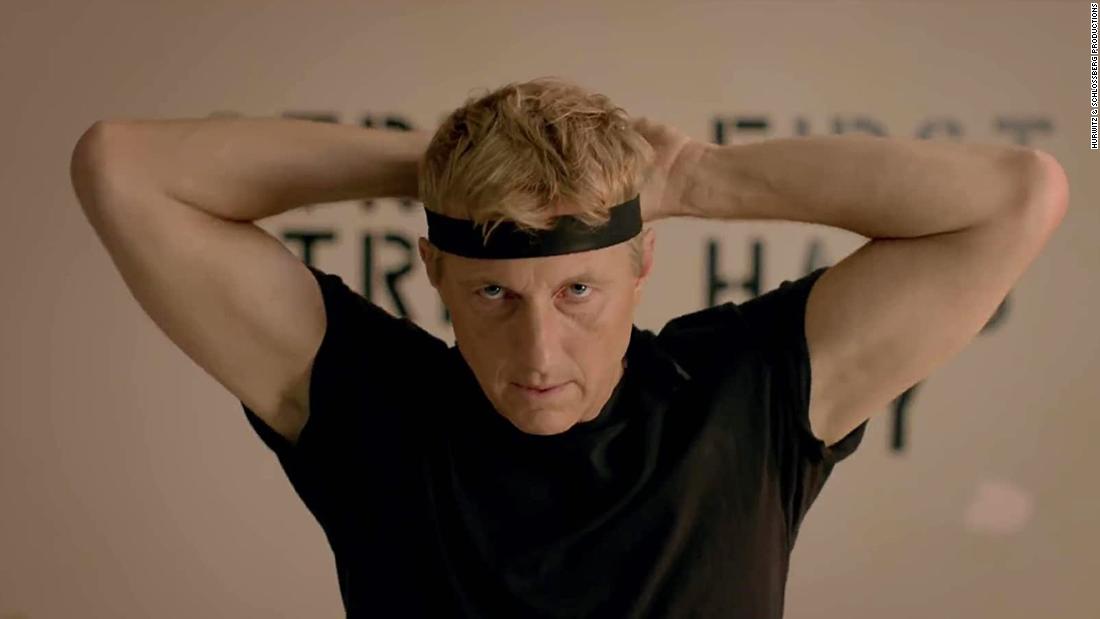 How 'Cobra Kai' went from obscurity to No. 1 on Netflix

After languishing in relative obscurity on YouTube Red, the "Karate Kid" spinoff "Cobra Kai" has become one of the fastest-rising series on streaming. That's the power of Netflix.

And why everyone dreams of getting their project on Netflix....
www.maralesemann.com
A

I skipped over the soap opera bits, about teens falling in love - hey, I'm a divorce lawyer - and went on to the tensions between the senseis as well as the fight scenes, and I've finished both seasons. But a third season is coming (hooray), so there's something to look forward to.

Lawyers would say that martial arts is about harmony, not violence - a million dollar lawsuit can bring lots of harmony.
A

I've watched Cobra Kai and I'll continue to do so. I honestly didn't have much expectations, but I'm really enjoying it so far.

Decided to check it out . They really should have lost that scene with Daniel in a sleeveless shirt. He was so crazy scrawny it was looks like he has never done a push-up in decades
A

It's pretty good series, but I've no patience with the soap operas, unless the scenes are relatively short. What's interesting to me, as an aspiring film maker, is that the seasons and episodes don't have to be fixed lengths. IOW, because of the nature of streaming, they can be flexible.

My film sensei, who was guiding me in the world of film, said that a series would be ideal for me, as opposed to film, because I keep talking about Star Trek and Space: 1999, which are TV series, and also because I focus a lot of the background stories, which typically includes the Production Bibles of a series as opposed to a film.

I'm a Bruce Lee fan, though I'm not fanatical about it, and I wonder what he would have said about the series.

Aspiring Mogul said:
I'm a Bruce Lee fan, though I'm not fanatical about it, and I wonder what he would have said about the series.
Click to expand...

I mean the martial arts is terrible. Daniel-son has arms that are as skinny as a female runway model.
And when I watch them kick most of the totally drop their guard and lower their hands when their legs go up - thats how you get punched in the face and its very white-belt stuff that they're messing up.

Looks like most of these people never took a day of karate training to prep for the series.
I dont think the human aspect is realistic either.. like these kids have enough will power to stand and get punched in the face just to make themselves stronger lol. Meanwhile I am a grown man struggling with ice water..
Last edited: Sep 4, 2020
A

I've rewatched some of the fight scenes, and the kids' movements don't seem convincing, as done in most martial arts movies, but maybe that's because those movies speeded up the movements. That said, it's still enjoyable.

That said, I'm an aspiring mogul, not a fighter.

Aspiring Mogul said:
I've rewatched some of the fight scenes, and the kids' movements don't seem convincing, as done in most martial arts movies, but maybe that's because those movies speeded up the movements. That said, it's still enjoyable.

That said, I'm an aspiring mogul, not a fighter.
Click to expand...

It is still enjoyable. If you watch the original movies mr Miagi is Slow as Hell!!! Dude is not Jackie Chan by any stretch of the imagination.

I finished the series and there is serious speed ramping going on in the high school brawl scene. And yeah the two smallest kids with glasses fighting each other are literally the most pathetic punches I’ve ever seen thrown on screen lol. Not watching the show for its martial arts
Last edited: Sep 5, 2020
A

I dabble in martial arts, though I'm pretty lousy, but I've noticed one thing. In every instance, whenever I interact with the martial artists, their eyes grow wide when I tell them I'm a lawyer, and not because they're afraid I'll sue them, but because they respect my station in life. Even the masters, at that point, would treat me as a grandmaster.

So litigation is the ultimate martial art.
Last edited: Sep 5, 2020

Aspiring Mogul said:
I dabble in martial arts, though I'm pretty lousy, but I've noticed one thing. In every instance, whenever I interact with the martial artists, their eyes grow wide when I tell them I'm a lawyer, and not because they're afraid I'll sue them, but because they respect my station in life. Even the masters, at that point, would treat me as a grandmaster.

So litigation is the ultimate martial art.
Click to expand...


I considered being a lawyer when I was a teenager. Then I took this law class in high school and they set up a fake mock case. I consulted with a real lawyer and made an air tight case. Then go to school for the trial and the other lawyer argued a completely different charge that wasn’t even part of the case. And everyone voted for her bc she was a popular cute girl and I was a nerd.

I lost the case without her even saying one word about the actual charges. And then she went second and I was not allowed to speak or addresss anything that she said.

And with that all of my interest in being a lawyer vanished. I fucking hate people.
Last edited: Sep 5, 2020

The good part about the series are the subtle social commentaries - the online dating, the contrast between yoga and martial arts, and the requirement of Johnny (Cobra Kai) to pay child support.

Interesting thread as I myself just finished binging the two seasons a couple of days ago... Yes, the martial arts are pathetic. Even the acting is just so-so in my humble opinion but what I found REALLY interesting was the pushing of miscommunication between the two sensei. Each sensei ASSUMES and THINKS the other has just done SOMETHING against them when in fact they did not. You do see this in movies and series but this series pushes it to higher limits than I've ever seen before and it works.

In martial arts, speed is an illusion. But the illusion of speed is what allows multiple unanswered techniques against an opponent. I studied both Okinawa-Te and Kuk Sool Won with an old Air Force Master Sergeant, and I knew that when Charles said "let me slow it down for you", is when I was going to get my **** stepped on. And most martial arts fight scenes are reminiscent of the chef at Benihana waving his knives around for 3 minutes like an overamped junkie, just to cut up one squid arm.

I watched the 3rd season of cobra kai and it was on par with the others.
They're still going strong.

It definitely is less realistic this season though.. like where are the police at? lol.
Reminds me of Lilyhammer a bit with the complete lack of police presence to combat public menace.

Just bc you dont like someone doesn't mean you can go to their job and steal shit on camera and just run off without consequences? lol.
That is one of the more tame, spoiler free examples. Even if the kid doesn't want to call the police he has to explain the stolen merchandise and the owner of the shop will look at the cameras and call the police. This shit is very basic reality but ignored by the show lol.
Last edited: Jan 7, 2021
You must log in or register to reply here.