honestly what was the point... I watched it to see the use of colours and lighting mainly but seriously whats the purpose for this even existing, ive never seen such a worthless film - it has no story, no character development, no likeable characters and its god awfully slow.
The whole thing could have been condensed to 10 minutes but they stretched it for over 90 most of which is just repeated clips of drunk teenagers flashing tits and ass while someone whispers 'spring break' repetitively.
Literally 80% of this film is repetitive either re-using clips or having the actors say the same thing again and again (every speech went on way to long and had nothing to say) and while on irritating repetitiveness the gun cocking sound effect did my head in, the used it multiple time on the cut of each scene to the point it lost any impact at all.
James Franco give the only acceptable performance and even then his character was irritating and badly written. I honestly cant believe this won so many awards, the only award that makes sense is the 'hall of shame' award for worst portrayed female
Click to expand...

My GF and I have quoted this movie multiple times.
spring break forevvveerrrrr

I've seen it and regret nothing !!

It's incredibly unrealistic, the shit this mobster does and gets away with yet he doesn't have a single corrupt cop that he pays off. He just goes around beating people up and threatening them and in three season not one single person goes to the police to complain about his violent behavior.

Still it's funny and it's one of those whimsical shows where the lead character cuts through all the red tape, like lucifer or limitless. Comically enough the whole show basically consists of these two characters making the same face all the time. 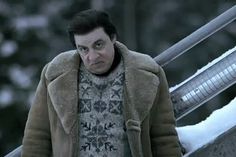 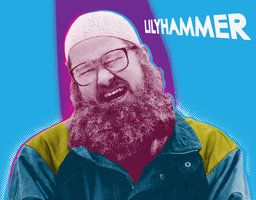 Paddleton - 8/10
New on Netflix, it's a quiet and well done story of a friendship between two men, one of whom is dying of cancer. Ray Romano is surprisingly good in a serious role opposite Mark Duplass.
www.maralesemann.com

Never Look Away. A rating

Based on a true story that I may would have never learned about if it wasn't on Netflix. Great acting. Fun to watch. Emotional.

I really enjoyed this movie. I thought the ending was alright. It makes me wonder if the ending Orson had in mind had more of an impact. The story of this film seems to be about many things. Mostly the change that happens based on time and decisions. It had a realistic quality to it. The camera work was also really good.

Buffy: The Vampire Slayer: 6/10 - Seen it maybe a dozen times already and I love it. First time seeing it on a big screen this week. Mostly holds up. Still a lot of fun.

Alexander and the Terrible, Horrible, No Good, Very Bad Day (2014)

I laughed a lot at this movie for about 10 minutes.. wasn't laughing with the movie.
The directing was so bad it was funny. Can't believe this is from the dude that brought us Saw

Eventually the comedy wore off and I turned off the film without making it very far.
D.C. must be on cloud nine with james gunn directing one of their films. it'll be the first great dc film since batman begins.

Met my expectations although the plot was a bit questionable.


Group of shape shifters..that are so adept they mimic creatures DOWN TO THE DNA... but the only place they could possibly hide is on the other side of the universe?

Definitely one of the weakest stories I've seen from the mcu. While I really like captain marvel as a character they did absolutely no backstory for her besides flashbacks that lasted maybe 6 minutes. and if you're going for comic accuracy you won't find it here, while it isn't completely different they did pretty well get rid of some of the coolest villains and an entire story line. had a few really funny moments that you can expect from a marvel movie, but overall as an origin movie I really didn't enjoy the movie.

I wouldn't say the story was weak, I would say that they poorly introduced the world that she lived in. Other than that, the story was fine.

Quality said:
I wouldn't say the story was weak, I would say that they poorly introduced the world that she lived in. Other than that, the story was fine.
Click to expand...

Quality said:
I wouldn't say the story was weak, I would say that they poorly introduced the world that she lived in. Other than that, the story was fine.
Click to expand...

what about the action ? Is it good ? compared to other marvel movies.

Of course, the action is good. What are you talking about? It doesn't have to be better than anything. The choreography for the spar was excellent and the sequence, when she was on the ship handcuffed, was well done.

yeah the action was great. not entirely balanced, certain characters have plot armor in the fights.. but visually epic

I watched Upgrade the other day. It's a story driven sci-fi movie. No flashy CGI, for better or worse. It's watchable - 6/10.

Wow. More informative than any article or news report about police officers in Flint Michigan.

EdwardPan said:
I watched Upgrade the other day. It's a story driven sci-fi movie. No flashy CGI, for better or worse. It's watchable - 6/10.
Click to expand...

yeah that describes it very accurately