Where is Les Grossman when you need him?

What went wrong on this one?

I blame gas prices, high admission prices, and rude people with their phones.

But in all seriousness... not every movie is gonna make $300 million domestically.. the market can't sustain that many huge blockbusters.

Your stats source is bad. Or mine is. Ha!

Lettuce see what the paying public hassta say...
http://www.rottentomatoes.com/m/john_carter/
Critics/Public: 51/71 liked it.
And a lot of public weighed in. >26k.

This'll qualify as a "Pulp" film by my standards; critics hate it, public can't get enough (or is fairly satisfied with it.)

I got it from Yahoo!,

Yours is probably right, but c'mon. 10 mil is chump change in this game.

@DeJager 'tis true, but how many people have said "I love the books"? I know of at least 8 people I know who told me that, more than LOTR I think - hah!

We'll stop there, you get the point. Finite money, finite time. Any other year, I definitely would have been all about John Carter. I'll also probably skip half the list above until they come out on dvd, sadly.
U

So kids are saving their lawn-mowing money for next week instead of blowing it on John Carter? It'll be interesting to see how Hunger Games does.

The preview also made the CG aliens seem too Jar Jar Binks-ish to me, which turned me off a bit.

In the preview, too, the main actor also said all of his lines like he was attempting to be like Don Lafontaine but was horribly over-efforting it.

I personally enjoyed it, as did my wife -- who is really picky about which films she likes. There was some uneven pacing, but I didn't care. The 3d was well done too, environment, not gimmick. The advertising completely misrepresented the film for those of us who never knew it was a book to begin with.
B

knightly said:
I personally enjoyed it, as did my wife -- who is really picky about which films she likes. There was some uneven pacing, but I didn't care. The 3d was well done too, environment, not gimmick. The advertising completely misrepresented the film for those of us who never knew it was a book to begin with.
Click to expand...

I've a similar version of this assessment from a lot people. Dunno why is tanking so.

I also enjoyed JOHN CARTER for the popcorn movie it is, as did my kids. As to why it is "failing" at the box office:


1) The bloated budget. An IO9 article correctly points out that critics were more than happy to pounce on the leviathan budget, more so than criticize lesser budgeted movies like the lame LORAX, at least according to IO9, in the following article. I also love the title of this link!

3) The story is old hat now!!! Not only that, I saw THE PRINCESS OF MARS on SyFy and it's the same fricken story done for a lot less. Sure the effects work was lame by comparison, but I did find myself caught up in a similar plot that was supposedly made for a measley $500,000!

4) The title. THE LORAX is kicking ass, because...... it's a really cool title. Plus, you can add "Dr. Seuss" to it. JOHN CARTER sounds like it could be about anything, where as AVATAR and STAR WARS give an indication as to what the movies are about. That's why they aren't called "Jake Sully" and "Luke Skywalker."

5) "Mars." Ha ha! Another article pointed out that most movies about Mars tend to bomb:

"Consider the intragalactic evidence! Last year's animated feature Mars Needs Moms was a famous bomb so big that it took down an entire company. The early-aughts rush to pump out expensive Mars movies was just as disastrous: Mission to Mars barely grossed $60 million, Red Planet took in around half that, and Ghosts of Mars was such a demoralizing failure that it took director John Carpenter nearly a decade to make another feature. One of the Rock's rare flops? The Mars-set Doom, which only made $28 million. The lowest-grossing Tim Burton movie of the last fifteen years and change? That'd be Mars Attacks! The John Cusack drama The Martian Child wasn't even set on Mars, and it, too, is the lowest-grossing wide-release movie Cusack has made in the last fifteen years... it seems the red planet will have to fall back on its one unmitigated success: Total Recall, the 1990 Arnold Schwarznegger classic that's heavily set on Mars."
Click to expand...

I think JOHN CARTER was entertaining. If you aren't bothered by a huge amount of CGI, then you should enjoy the movie and the slug-dog character that runs 300 MPH. It is not meant to be realistic or heavy on the drama. I have to admit that I found the Princess to be very attractive.

Went to see John Carter twice. Both 3D. Went solo at opening Sat. then again to smaller screen with wife and friends. Everyone gave it a B+ or an A. Wife and I had read the books (I as a child/young adult -- passed them on to wife to read 30 years ago). Why we gave the film an A. The movie did a very good job of following the books...

I hope they make their money. Unlike so many bombs in the past -- this film IS getting a positive from those paying... Pulp? Yes. But great art! Acting and CGI was extremely strong. The 3D was some of the best I have seen on the big screen. At Amazon movie reviews... here is what ticket buyers say.

Dejah reminds me of my wife ages ago... LOL.

AND here is what they say on Yahoo Movie Reviews

Amazon was from a 'book' perspective -- Yahoo from the movie perspective...
A

The LA Times has an analysis.

What happened? The very things Disney thought would guarantee box-office success may have left "John Carter" star-crossed from the start. The acclaimed director had never made a live-action movie before. The executives guiding and helping market his movie were new on the job and had limited experience running movie divisions. And the source material, written beginning a century ago by Tarzan creator Edgar Rice Burroughs, had already been so picked over by its admirers that critics and audiences found the film hackneyed and stale.
Click to expand...

I think the last reason is the most important one - that the plot was stale. But much of Hollywood is stale these days.

I don't know that I'd call $180mil "tanking", and it's only been in theaters for two weeks.

The problem is that they spent $250mil to make it (and that's not including advertising). Dummies. Who do they think they are -- James Cameron? Sheeeeeeeeiiiiiit.

Did I b!tch enough about containing budgets in my VOD thread?


The income of any given movie (excluding freak outliers) is vaguely able to be guesstimated based on genre, premise, and execution.
However, the budget is infinitely more controllable.

The same film shot at $100m less. Would it have done worse in the box office?
This is right smack dab in the middle of "The Law of Diminishing Returns." 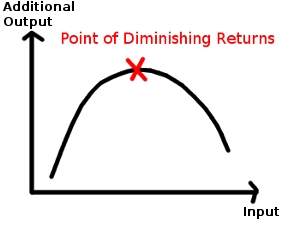 Whomever the committee responsible for budget estimations vs. B.O. revenues f#cked up.


It's a fine film.
It's a tricked out Hummer limo, just the same. 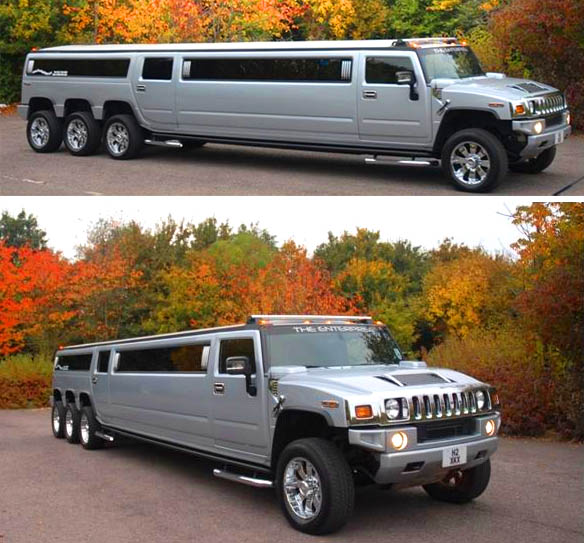 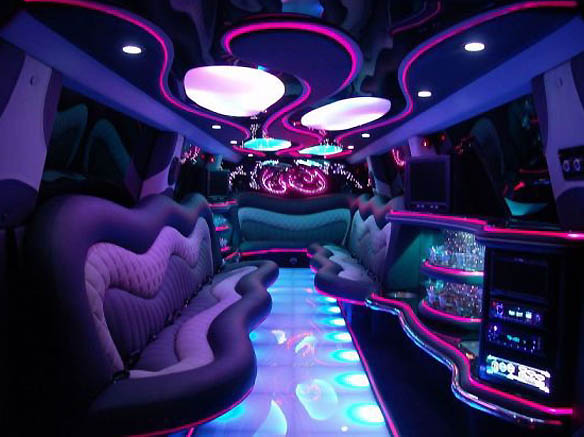 Disney have already announced a $200 million loss on the film. That's tanking if I've ever seen it.

The problems are clear: the target demographic don't know the source material, the movie has been horribly mismarketed, the trailers make the film seem very bland and visually unappealing, there's no big star (either cast or crew) behind the venture.

I'll admit to not having seen it but I jumped on the hatin' bandwagon anyway because it was fun. Here's a stupid imaginary interview I conducted (DISCLAIMER: It's not 100% serious...).

Nick: Wow. That’s a damning judgement from a man whose only qualification to comment on the film is sharing its name and being available for interview at 3pm on a Thursday.
Click to expand...

Thanks everyone for your insights - very good indeed.

Director of A Bug's Life, Wall-E and Finding Nemo isn't big enough for ya?

The biggest problem is - where is the built-in audience? I mean, sure, Edgar Rice Burroughs is a great author, but he has created only one really iconic character, Tarzan. How many people have even read the Tarzan books? How many people even know that the guy who wrote Tarzan wrote the Barsoom novels? How many had read, or even heard of, the Barsoom novels? Only really hard-core sci-fi fans would know who John Carter is. And, even though the Barsoom novels are classic and a lot of modern sci-fi has its basis there, sci-fi has moved beyond John Carter and Barsoom. Add that to a very limp trailer and an incredibly mismanaged promotional campaign it's no wonder "John Carter" fell apart at the box office.

ROC said:
Director of A Bug's Life, Wall-E and Finding Nemo isn't big enough for ya?

As good as he is if you mention his name to the average movie-goer they'll give you a blank stare. Could you imagine the ad campaign? (In your best Don LaFontaine VO trailer voice...) From the director of "A Bugs Life" and "Finding Nemo" and then showing clips from "John Carter"? Even "Wall-E" is thought of as strictly childrens entertainment.

It's like advertising that Jim Carrey will be doing King Lear. He might even be good, but who's going to take it seriously? And the critics will be ready to rip him to pieces no matter how good he was just so they could fit it into their own preconceptions.

And that is part of the problem; the critics wanted to trash this film - Stanton makes kids films and the budget was more bloated than a Congressional Bill.

Who said Pern? I didn't know the "Princess of Mars" stuff, but I know Pern, and Killashandra (which would be a cool film too). Next Neal Stephenson and Terry Brooks and I'll be in heaven!
You must log in or register to reply here.