movies What's the last film you watched? And rate it!

Production is okay. But content wise it might be the best and absolutely the funniest film of the year.
I might be a little bias as a local which only adds to the whole humor. But it is worth the time!

GhostReporting said:
Let Me In....I though it freaking rocked and I hate vamp movies. 9/10!
Click to expand...

The Swedish original LET THE RIGHT ONE IN is a fair bit better, if you can handle subtitles.


District 9 - 9/10
It's just a good story that doesn't really let up for a moment.
My only complaint is that there are a fair number of people really doing stupid things, otherwise it's good.


Aliens Director's Cut - 10/10
The story is fundamentally tight and it was nice seeing what the studio cut out and frankly agree with their decisions.
Cameron loves his little models. Classic.
Yeah, yeah, yeah. I know ALIENS, plural, was directed by Cameron, the original, ALIEN, singular, was directed by Scott who also directed the upcoming PROMETHEUS but I just wanted to go back to see something I've not watched in well over a decade.
It's a good show, still.

Super - (conditionally) 8/10, otherwise 6/10
This is just a funny odd little film that went nowhere and did nothing.
For the budget spent and the fabulous cast the producer wrangled it was pretty good in a very stupid humor sort of way. If you're not in a mood for stupid humor then this'll just be a plain old stupid film.
And it was shot on a jizz-in-your-pants RED ONE!!!!!

What I like about it is that as I watch this I keep thinking to myself "I could do this. I could make a film this good".
Note again the went nowhere and did nothing - even with that cast.
Theater owners wouln't touch it with a ten foot pipe wrench. 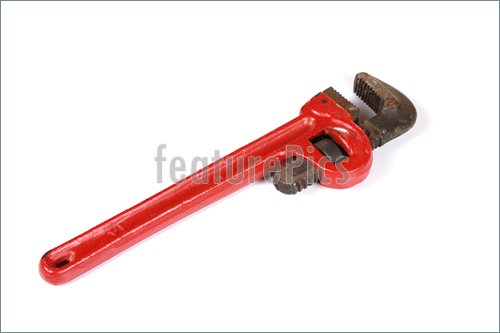 A fun movie indeed! The CGI was great, the characters looked fantastic, not too cartoony yet not 100% photo real. Somehow it worked! They looked similar to the original drawlings in terms of facial features. The 3D was fun to experience in the theater. I must mention the voice acting/dialogue was a bit difficult to understand at times. The accents seemed rather thick. A few scenes could be a little overbearing visually due to the amount of CG elements taking place on screen. Worth another look to see something new on the screen. Overall this movie is like a ride. I liked it!

Note: As a fan of the original comic books I would have really liked the movies if they did each book as a movie. Overall I was surprised by how good the CG and animation looked!

In Bruges (again) 10/10 - One of my favorite films ever, such a great mix of comedy and drama!

NickClapper said:
Just put together my Top 10 of Films that I saw in 2011!

Tintin is probably my top favorite movie of the year.

Keep hearing how good things about Midnight in Paris.

2.5 out of 5, maybe. But that's not to knock it. I appreciate their effort. You know, it suffers from low-budget woes. But if you're a Lovecraft fan at all, you probably should see it sometime. Apparently shot with the Red. I didn't find that info on IMDb or somewhere like that, but it's mentioned in the closing credits.

Some of the banter and dialogue gets a bit shrill at times. But overall it's a bit of fun. I like the very end, epilogue, I guess. Nice little touch.


The Invention of Lying.

I liked Ghost Town a lot. The Invention of Lying resides comfortably within the same territory.

It turns out to be another heartfelt, touching, and fun movie. Ricky Gervais is great fun. Jennifer Garner is compelling and lovely as usual. The rest of the cast is good too. Philip Seymour Hoffman has a fun cameo. Jeffrey Tambor is a treasure. Etc.

I had some laughs, I was moved, and I'm glad I saw The Invention of Lying.

I thought the script was great, Matt Damon did a great job, and the kids did really well. There were some terrific shots, a lot of nature (which I love), and of course the animals 8] My only problem was that some of the cinematography was meh.

Point being - craft your products for your customers/consumers irregardless of execution.
Story rules.
Not budget.


Soul Surfer - 4/10
Despite being very interested in seeing this due to both the subject itself and as it's release kinda sorta coincided with similarly themed 127 HOURS - I turned it off after 30min of boredom.
I couldn't even get to the shark attack itself.
The $18m budget was more than sufficient to overcome any technical obstacles.
The cast is grade A.
However the acting was lame.
The delivery of story elements was lame.
The director has tons of experience with TV series'.
He just couldn't bring it to a film format I guess.


Rise of the Planet of the Apes - 8.5/10
I almost really liked this story which had tons of unforgivably stupid things going on in it.
But at its core I truly appreciated all the elements weaved in from the original 1968 PLANET OF THE APES and that the writer/director/studio didn't force Caesar et al into a death swarm of apes hellbent on retribution to the injustices meted out to them.
The precise effect 113 had on humans could have been made a little more explicit, though.
A good show.

Very cool that it helped to kill the Production Code.

It's decent. I really like Rooney Mara as Lisbeth. Daniel Craig is very good. So is the rest of the cast.

I really liked it. This is one of the better movies I've seen in a while. Really nicely done. And Christoph Waltz, wow, what an actor.
He's more menacing in this film than he was in Inglourious Basterds. Now that I've seen him play two outstanding roles as bad guys, I'd like to see him play a good guy or one of those complicated anti-heroes.
This just popped into my head while writing this, shame on me for even suggesting a remake of Casablanca, but, how about Christoph Waltz as Rick in the upcoming (making this up) Casablanca remake?

The whole cast is excellant. Reminiscent of James Cameron's Titanic.

Probably the best of Aronofsky's films.


Don't Be Afraid of the Dark.

Why do so many horror films rely upon their characters being inexplicably, unbelievably dumb? It's lazy storytelling, and I resent it. I wish I could report that this film does not do that. But good cast.

Brendan Gleeson. I love 'im. Don Cheadle is also excellant. Don Cheadle is always compelling and magnetic. I'd love to write a movie for him. I don't know what, but I would. But first I should probably try to write that movie for Peter Stormare that I've been wanting to write.

Just look at that Rotten Tomatoes page. See a lot of red? It's deserved.

There is one little hole in the story.
I didn't believe for a second that this very smart Sergeant Gerry Boyle would be so cavilier about that hooker taking his photo in a compromising position. He's a clever survivor,after all. Now, why would he brook that? I guess you could stretch it and argue that he was well aware of what was going on and that he was playing along with it in order to smoke out his prey. Eh. Guess so.
Last edited: Jan 8, 2012

Somewhere - 8/10. Love this intimate look at the normal, every day life of a hollywood star.

I needed a sci-fi, adventure fix. I never bothered seeing this because of all the negative reviews. That's a shame, because it's not so bad. Some silliness, I suppose.
Too bad they didn't have the money to make those rat-lion creatures more believable.
Overall, though, cooler and more entertaining than the Star Wars Prequels.
L

Riddick is a blast! Over the top, absolutely cheesy and tons of fun to watch. I hope they do eventually make the third.

On a related note (sci-fi action) I finally got around to seeing I Am Number Four. I had the dvd from Netflix on my shelf for about five months. While I had fun watching it (and, hey, shot in my backyard), I doubt I'd ever watch it again. I think I'm a little too old for clumsy poorly told teen romance. The story was vague and largely unexplained (recognizing that it is the first of 6 planned books) to the point of frustration at times. Some of the effects had me thinking "hey, I've played that video game" which is probably the best thing I'd say about the movie.

But the whole basic concept of the mentor/guardian who doesn't feel the need to, you know, EXPLAIN anything or prepare the angsty young lead for his live as a super-warrior. Oh, but he does carry around a Box of Exposition that is supposed to do all that "when he is ready,"
not that they bother opening it in this film, mind you
.

Should have watched Riddick again.

The only thing I've seen recently is The Girl With The Dragon Tattoo.

Hereafter: 3/5
-Another "good" Clint Eastwood movie. It was nothing special, but it was well-done and enjoyable. A good example of a movie with a strong opening, weak middle and good ending. That's about a 3/5 for me.
The Treasure of The Sierra Madre: 5/5
-So *that's* where the insane, ancient, gold prospector comes from! I knew this movie by reputation, but I had no idea that entire character archetype came from Walter Huston. Fantastic movie. It saddened me a little that it has something like five thousand ratings on Netflix, while the first "Twilight" film has that, plus five million more. Oh well.

One of my all-time favorites, a very funny movie!

Yeah, it would be cool if they made another, or expanded that universe. Like some reviewer said, it's cool that Twohy had the daring to make up another whole sci-fi universe, and it took quite a bit of money too. 110 million estimated. I hate to mention it, but its box office return was woefully less than that.

That's too bad. But maybe it was made up for in home video etc.

I have to wonder if Twohy's Necromongers and their crusade helped to inspire SG-1's Ori. Seems to me that the Necromongers are cooler and sexier though.
You must log in or register to reply here.