I could never enjoy theses movies as a teenager for some reason. Hasn't changed much since growing up.

Great film, I actually learned some things I had no idea about. Based on a true story too! About the "god-father of rap".

How he struggled to make his first film. Really gives you an idea of how hard it was for the African American community to be recognized and accepted in the big days of Hollywood.
Jobs: Writer, Director, Cinematographer, Editor
Portfolio: www.cameroncurrin.com

I've decided that from now on, I'm going to rate things on a scale of Jar Jar to Baby Yoda.

My most recent film - "The Miseducation of Cameron Post". I really enjoyed it, and I love the ending. On a scale of Jar Jar to Baby Yoda, I'll give it a C3PO, but specifically C3PO from "Rise of Skywalker".

1969
The first film to be nominated for best film and best foreign language film. This was the best political drama I have ever seen. And damn what an ending. Sometimes you see writing that rings true to reality instead of writing that manifests the authors idealistic views. kinda scary film
Last edited: Feb 8, 2020

I almost left this film withWill Smiths first line of dialogue it was so bad. I should have just left bc the movie didn’t get any better. I should have theatre hopped to Harley Quinn or something . Yuck. Martin was a lot better in the second film. He brought almost nothing special to the table for number three

Not really that great in my opinion. Blends in with a lot of other drama/dysfunction films that have been coming out lately.
Shia's performance was good, but Peanut Butter Falcon was more fun and interesting.
Jobs: Writer, Director, Cinematographer, Editor
Portfolio: www.cameroncurrin.com

Guzaarish (on Netflix). A beautiful Indian love story with one of the hottest dance sequences ever... and a dash of air guitar.

Parasite 8.5/10
Finally got around to seeing this. Fantastic movie. Wasn’t really sure what to expect and it’s a bit of a ride but I thoroughly enjoyed every minute.

This leaves Ford V Ferrari as the only Best Picture contender I’m yet to watch this year.
M

I re watched V for Vendetta. That movie will always be a 10 for me. The main character and Natalie Portman play outstanding roles. John Hurt, Stephen Fry and Stephen Rae also did well. I'm sure I'll see it again!

What makes this movie so good is that it's about facebook (which is hilarious) and it's a serious drama. The execution of this movie is great and it still holds up.

4/5 great film and omg the cgi of a young John Connor and arnie looked so real.I was seriously impressed.

I thought it was funny that the movie is all about a good AI that turned evil and it features an evil Ai that turned good. Apparently Ai can only do the opposite of what it was programmed for

Wow, its been a while since I've watched a classic film. This doesn't feel like it came from 1964 though. It feels like something modern. Something fresh... Something forgotten. I was engaged all the way through. It is free to watch on Youtube, if anyone is interested in classic foreign horror.


I'd rate it perfection. 10/10. Although the ending left me wanting more. They could make this into a modern film, and it would only need to be copied frame by frame to be great.

I've been researching Japan horror films, getting ready to write my own take in short film script form. I am really having fun with this.
Jobs: Writer, Director, Cinematographer, Editor
Portfolio: www.cameroncurrin.com

The Pharmacist (Netflix series) ......... 10/10
Important documentary if you care about people who die by drugs.

At the end of the movie it just seemed to never end and then it did but it didn't.

The Photograph with Issa Rae. It was just ok. I love romantic comedies/dramadies but this lacked punch. Especially how it ended. 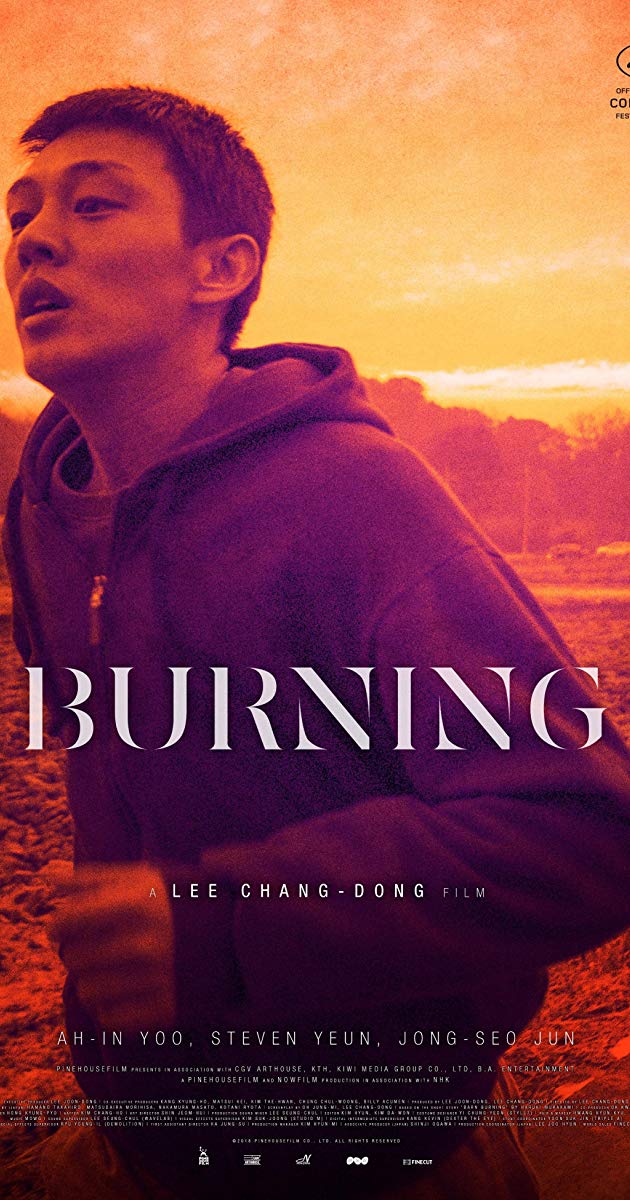 Directed by Chang-dong Lee. With Ah-in Yoo, Steven Yeun, Jong-seo Jun, Soo-Kyung Kim. Jong-su bumps into a girl who used to live in the same neighborhood, who asks him to look after her cat while she's on a trip to Africa. When back, she introduces Ben, a mysterious guy she met there, who...

Was on a list of influential Korean films in the wake of PARASITE's success.

Slow build, but I like that. Made the ending much more powerful and meaningful. In a lot of ways, I could relate to the main character... As I myself am similar in the way I relate to the world around me.

What starts off as a normal love story ends in a vengeful twist. Really good.
Click to expand...

The dance scene in front of the sunset was literally breathtaking. I loved this movie.

It had some cool scenes but I didn't appreciate anything about the villains character.
I didnt understand him at all, he behaved more like a ghost. This dude would sit around for entire days at a time just to move one object? what?

And then what, stare at a wall for 23 hours and 50 minutes ? ?
I mean sure you could be the most famous person on the planet and get billions and billions of dollars from the military, do radically cool things while invisible.. but nah instead i will live the most mundane existence possible. wtf is all i have to say to that. i did not believe his character. it made me dislike the movie.
Last edited: Mar 20, 2020