There’s even too many “Star Wars” movies for Taika Waititi to keep straight.

The Oscar-winning writer-director is gearing up to helm his own franchise installment, but seemed, perhaps in jest, to have overlooked “Thor: Love and Thunder” star Natalie Portman’s pivotal role in the prequel films.

After wrapping the third “Thor” film with Portman reprising her character Jane Foster, Waititi asked if she’d be willing to star in his “Star Wars” movie… you know, after she famously portrayed Princess Leia’s mother Padmé Amidala in “The Phantom Menace,” “Attack of the Clones,” and “Revenge of the Sith.”

Waititi said with a laugh, “I forgot about those.”

To be fair, Portman previously admitted the critically panned “Star Wars” prequel trilogy was a “disaster” upon release, but then decades later became beloved.

Perhaps it’s for the best Waititi’s “Star Wars” movie will have nothing to do with its predecessors. Co-written with “1917” Oscar nominee Krysty Wilson-Cairns, the film will introduce new characters and sever ties with the core crew of Princess Leia, Han Solo, Luke Skywalker, and Obi-Wan Kenobi.

Waititi, who was tapped for the upcoming “Star Wars” film with a likely December 2025 release date, added, “That all stands alone, that’s great, though I would like to take something new and create some new characters and just expand the world, otherwise it feels like it’s a very small story.”

And the “Our Flag Means Death” creator is distinctly familiar with the modern era of “Star Wars.” Waititi previously voiced “The Mandalorian” character IG-11 and helmed a Season 1 episode of the critically acclaimed Disney+ series.

Plus, Portman has no hard feelings over Waititi’s “Star Wars” teasing. The actress exclusively gushed to IndieWire that Waititi is a “creative human I so admire,” especially for pitching the concept to bring the Mighty Thor storyline to the big screen featuring her character Jane wielding Mjolnir.

“It was this kind of a twofold opportunity, one to work with him and the other to get to have Jane evolve into this superhero, which was really exciting,” Portman said of signing on for “Thor: Love and Thunder,” in theaters July 8. “His requirement that every take be different and new and fresh is something I hope I get to bring into every project I work on.”
Click to expand...

Staff Member
Moderator
I hate everything about this headline.

Staff Member
Admin
1. No way. Definitely fucked up.
2. You literally just called someone out for the same shit:

Want a signature for fun or advertising?
indiePRO members can put text and a link here!
Upgrade Now!

indietalk said:
1. No way. Definitely fucked up.
2. You literally just called someone out for the same shit:
Click to expand...

Deliberately not watching the source material is NOT an honest mistake, its negligence of your job IMO
I see these things as completely different than saying something stupid out loud bc you didn't take a second to think about your words.

everyone says something stupid from time to time right? i know i do

Staff Member
Admin
Dude is an ass.
Want a signature for fun or advertising?
indiePRO members can put text and a link here!
Upgrade Now!

Staff Member
Moderator
You're probably right lol, and I can see people being concerned he doesn't know the source material well enough.

Staff Member
Admin
He's the dude waring the Metallica tee at a party to impress the chicks and doesn't know one song (which honestly doesn't bother me) but then don't go asking if you want to be in Metallica! (metaphor, maybe?)

Want a signature for fun or advertising?
indiePRO members can put text and a link here!
Upgrade Now!

indietalk said:
He's the dude waring the Metallica tee at a party to impress the chicks and doesn't know one song (which honestly doesn't bother me) but then don't go asking if you want to be in Metallica! (metaphor, maybe?)

Yeah it's pretty embarrassing.
Maybe he can get kiera knightly instead, she kind of looks like natalie portman

Staff Member
Admin
Who knows, he just sounds like an ass to me. Tying to impress chicks (to get into bed) by mentioning possible movies, not knowing, they are IN them.
Want a signature for fun or advertising?
indiePRO members can put text and a link here!
Upgrade Now!

indietalk said:
Who knows, he just sounds like an ass to me. Tying to impress chicks (to get into bed) by mentioning possible movies, not knowing, they are IN them.
Click to expand...

I like your read on this.
My instinct was reactionary against embarrassing someone for a bad memory - an unfair thing out of their control.

Out socializing and run into a star and chatting about fun possibilities.

But yeah if you look at it closer -- how in the hell are you gonna talk to an actor about giving them a part and not know their filmography... for the exact film franchise you're talking about. that is really bad. it does make it sound like it wasn't thought out at all and had ulterior motives.
Last edited: Jul 9, 2022

I just see someone who's been handed 300 million dollars to do a job and didn't bother to do 20 hours of research. Did he not even bother to look at the covers of the movies he was continuing? She's on every 3rd cover. Have you ever seen someone study for a local realtors license? You have to study harder to be eligible to get a commission job than this guy did for literally one of the highest paying jobs in the world. Also you know, this is Natalie Portman's highest profile role, lifetime. Now a crowd of hundreds of people are going to crowd around this guy and ask him for direction on star wars while he gets paid a mortgage per hour because he's now the new authority on it? This is a carbon copy of every experience I've had with the upper class. People just barely doing their job if they feel like it, and then collecting the salary of 1000 regular people without a shred of guilt. 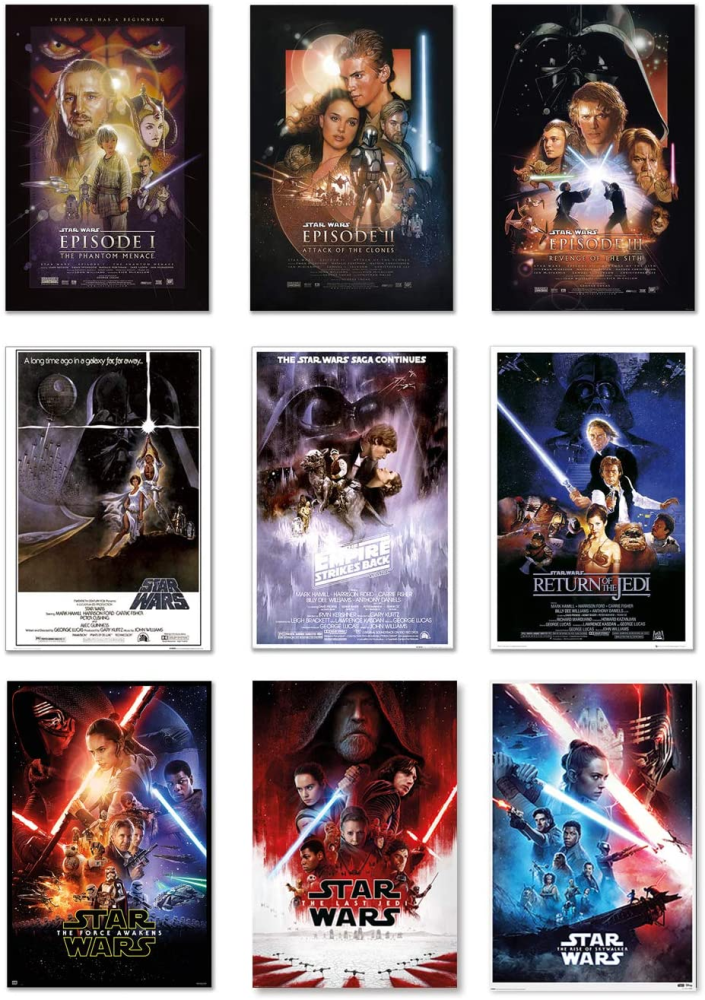 Nate North said:
I just see someone who's been handed 300 million dollars to do a job and didn't bother to do 20 hours of research. Did he not even bother to look at the covers of the movies he was continuing?
Click to expand...

To be fair he hasn't started work on Star Wars yet.
If I were him I wouldn't have done my research yet either bc all of my energy would be poured into the current movie im producing/directing.

In that sense I wouldn't be offering people jobs for it lol
Last edited: Jul 10, 2022

Ok, but still, you can throw a rock and hit a director that's familiar with the history of Star Wars. It's not the end of the world that he didn't know one thing, but still, It's kind of like if they announced that Carrot top was in charge of the Olympics. Yes Carrot top is famous, yes, he's been successful at other things in the past, but I think you want someone with some enthusiasm about and connection with the actual thing they are working on. I actually like his directing style, and he seems intelligent and creative, so he'll probably do a good job. One of the 300 people they hire to assist him in being creative for 90 minutes will know something about the franchise.

Maybe I'll be elected president someday, and I can go up to the podium "when George Washington discovered America in 1776...." an unpaid intern tugs on my sleeve "I mean when George Foreman discovered the constitution in 1976" the intern whispers something into my ear and I adjust my tie "America is the best at being great" and the crowd cheers, and I'm now in charge of defining the history of the country.
You must log in or register to reply here.

news ‘Andor’ Is the Best ‘Star Wars’ Since ‘The Last Jedi’