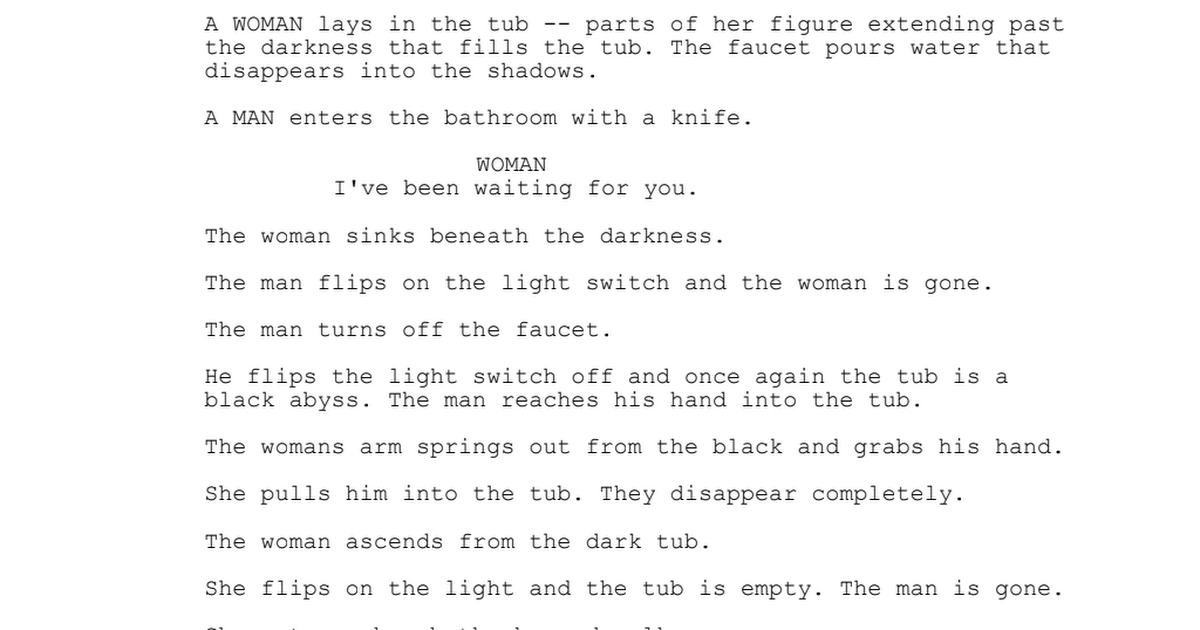 Staff Member
Moderator
Some interesting visual effects with the water. I like it.
www.maralesemann.com
Upvote 0 Downvote

Want a signature for fun or advertising?
indiePRO members can put text and a link here!
Upgrade Now!
Upvote 0 Downvote

What happened to Grandma's 9 page horror script? You had something working there! These last few are interesting. I'm not sold on Tik Tok as a filmmaking platform though.

If I made a 15 second film, it would be a fake commercial for visa credit cards, Prince Andrew is out on a spending spree with his new credit card. Upbeat music plays. First he's seen at a clothing store, asking a worker if they can make him "look like Nick Jonas" (closeup of credit card swipe) Then he is seen renting a Yacht that can "make it into international waters" (closeup of card swipe). Then you see him sitting at home watching Epstein being taken into custody on tv while yelling "I'll tell you anything, I'll name names" Then the next scene is him with a hit man, swiping his credit card through the hitman's card reader iPhone dongle, and saying "make it look like a suicide". Next scene, him riding in a horse drawn carriage and waving to fans and smiling through the window. "Visa, it's everywhere you want to be"

I have kind of a dark sense of humor.
Upvote 0 Downvote

probably died with my dog..

i have written some fake commercials before .. such as...

Women stand in long line at a bar for the restroom. One holds her bladder and bounces around.
A grandma sits at the bar, drinking her wine.

"Waiting in line for the restroom is a young womans game!"

DEPENDS DIAPERS -- you've got a lot of living to do.
Last edited: Feb 28, 2022
Upvote 0 Downvote
You must log in or register to reply here.