I don't get political, but curious as to why

Suspire said:
To be honest, before 9/11 I never read the news.
Click to expand...

Same! In fact back then I felt you could switch channels without switching ideologies.
Want a signature for fun or advertising?
indiePRO members can put text and a link here!
Upgrade Now!
A

I got my MA at Johns Hopkins in international relations, so I'm very political. I know that, if I was ever to go into film, that could damage my fan base, but I would find it very hard to fulfill my wildest fantasies as a mogul, even as I see the world going to rot, from my ideological viewpoint. IOW, I have to get into the fight for freedom, from my neo-conservative point, even if i know it hurts me.

But, as I write this, I will be choosing military science fiction, whose demographics would be conservative like me. So, actually, political activism could be good for me - I never thought of that.

Thanks, everyone, for making me think things through. This forum has truly been good to me.

Are there any conservative film makers? It seems to be that if an actor, director, producer admits to being conservative, their career is over. Same with singers. I remember a country singer who said something that did not sit well with the liberal crowd. He dared to voice an opinion or support for a group. It was a matter of days before he made an open apology for his words. He said he was wrong. He said that he needed help, counseling... What is that? Is that what we've become.

Whoopi can go on tv and completely disrespect Jewish people and downplay the holocaust and they give her a mild slap on the wrist then let her back on tv... Now she'd doing it again. When a conservative says abortion is a crime against humanity and god, the liberals lose their mind but Whoopi (and others with her political views) can say what they want. Why is it a crime to say 'let's make America great again'? I don't know about you, but I want America to be great again. Why do people get beat up and harassed for agreeing with our former president? Why can't we have our opinions any longer. Why are Supreme Court Justices being intimidated at their homes because a group wants them to vote a certain way. That is not America. What have we become??

..and I think any film maker who infused their work with a political agenda IS alienating at least half of the country. Why?? Entertainers are the court jesters of our society but now, as a society, we have elevated them to the position of demigods. As for me, I could give a crap what any actor, singer or celebrity thinks. I'd rather listen to an economist or a scientist or an impartial reporter of events (good luck with that one).

I guess the bottom line is that politicians on both sides are not at all what they pretend to be. Same with celebrities. It's all about money. I can understand that. The real problem is that Americans, as a whole, are stupid. They either don't follow the news or they only get it from social media, but what's worse than that is that they don't check other sources to find out if what they are reading is true. If Facebook tells them a certain person is evil, then by god that person is evil.. They must me, Facebook said so.... I don't mean to pick on Americans but I honestly am having a hard enough time following what is going on here to follow what is going on in the rest of the world. My feeling is that it is just as bad elsewhere or maybe even worse.

Sorry for the rant. I know that the entertainment industry appears to be run by liberals. So be it. They wield their influence over the masses. It's just too bad the masses don't take the time to find out, as best we can, what is really going on.

Now here's the kicker; I don't think any of us actually knows what's going on. I'm talking about the people who make an effort to seek out the true. Nobody knows what is really happening. Not me, not you, not Nate. Nobody. Whatever is happening to the world right now is well orchestrated and will catch us so off guard that when the hammer comes down we will be powerless to resist. I think that when it happens, it will happen quickly.

Staff Member
Moderator
I'm a liberal but I watch plenty of movies and series that star conservative actors. I think Gary Sinise is top notch, and I didn't suddenly dislike "Frasier" because I don't agree with Kelsey Grammer's politics. I think Clint Eastwood, who I probably agree with on maybe 10% of political issues (if that), is an outstanding director and I see everything he makes. There are some movies that take a political angle that I don't agree with, and sometimes I don't watch them, but that's as true with things that go too far to the left for my taste. The one actor who I actively boycott - and no, I'm not naming names in this case - is on the left and simply annoys me.

And in terms of pissing off 50% of the population? I honestly doubt that more than 20% pays much attention. And with 350 million people (or so) in the US, that leaves plenty of viewers.
Last edited: Dec 28, 2022
www.maralesemann.com

About my political rant, I guess I just don't look forward to the day when they start feeding us Soylent Green.

James Rogers said:
Did you know there's been talk about reviving Frasier?
Click to expand...

I have & I'm totally looking forward to it!
www.maralesemann.com

Staff Member
Admin
Yes, and I had a key interest in the "laugh" style.

Dr. Frasier Crane existed long before his got his “Cheers” spinoff — the fittingly titled “Frasier” — in 1993. Now, thanks to Kelsey Grammer and a smartly sentimental green light from Paramount+, the well-to-do radio host will go on after it too, in a series revival expected to begin production...

indietalk.com
Want a signature for fun or advertising?
indiePRO members can put text and a link here!
Upgrade Now!
C

James Rogers said:
I guess the bottom line is that politicians on both sides are not at all what they pretend to be. .... I don't mean to pick on Americans but I honestly am having a hard enough time following what is going on here to follow what is going on in the rest of the world. My feeling is that it is just as bad elsewhere or maybe even worse.
Click to expand...

Nah, it's not worse ... at least not in my part of the rest of the world. Your use of the term "both sides" in the context of American politics amuses us greatly over here in Europe, because from this side of the Atlantic, we only see one side in your politics and society (Very Right and Even More Right) and are generally bemused by your bizarre two-party system. Even our friendly neighbourhood basket case (the UK) has twelve parties (and 15 independents) currently represented in their Lower House; Ireland's legislature is composed of 11 parties and 19 independents; in France, we have 5 "pure" parties and two "umbrella" unions combining 11 different parties between them (including a genuine Communist Party

) as well as 36 independents ... and so on and so on across Europe. And then we have one big Union pulling all these different ideologies and different cultural perspectives together.

) but on the whole, adopting a "them or us" approach is a sure way to guarantee your party's long-term demise. There are more than two sides to every debate, so finding a middle ground on which to compromise - even if facilitated by thinly disguised bribery

- is essential to getting stuff done. This was essentially the reason the British English decided to leave us: the remnants of the two-party system they exported to the Colonies of America just couldn't cope with all the consensual governance that we continentals indulge in. Ultimate irony: they've probably driven the last nail into the coffin of England's two-and-a-bit party system.

CelticRambler said:
from this side of the Atlantic, we only see one side in your politics and society (Very Right and Even More Right)
Click to expand...

Interesting.
I can tell you with great certainty that what is going on in this country right now, repulses and angers people on the right. I'm talking about the citizens.

James Rogers said:
repulses and angers people on the right.
Click to expand...

I assure you that those of us on the left have had those same reactions frequently.

The reality is that we're all going to be pissed off a certain percentage of the time.
Last edited: Dec 29, 2022
www.maralesemann.com

Mara, I agree. In the end, we are all in the same boat.
D

These people took some corn, flour, meat, and cheese, and played 3 card Monty with us for 20 years. It's all the same thing, they just kept moving the ingredients around in a circle and changing the name.

There's my political statement. I refute the sovereignty of the Baja Gordita, I already got sick of this food when it was called the Southwest beef chalupa supreme.
Click to expand...

I don't remember the


Enchirito...I remember a lot of the others on this list though

It looks good! You think I can ask for it these days at Taco Bell as a non menu item? 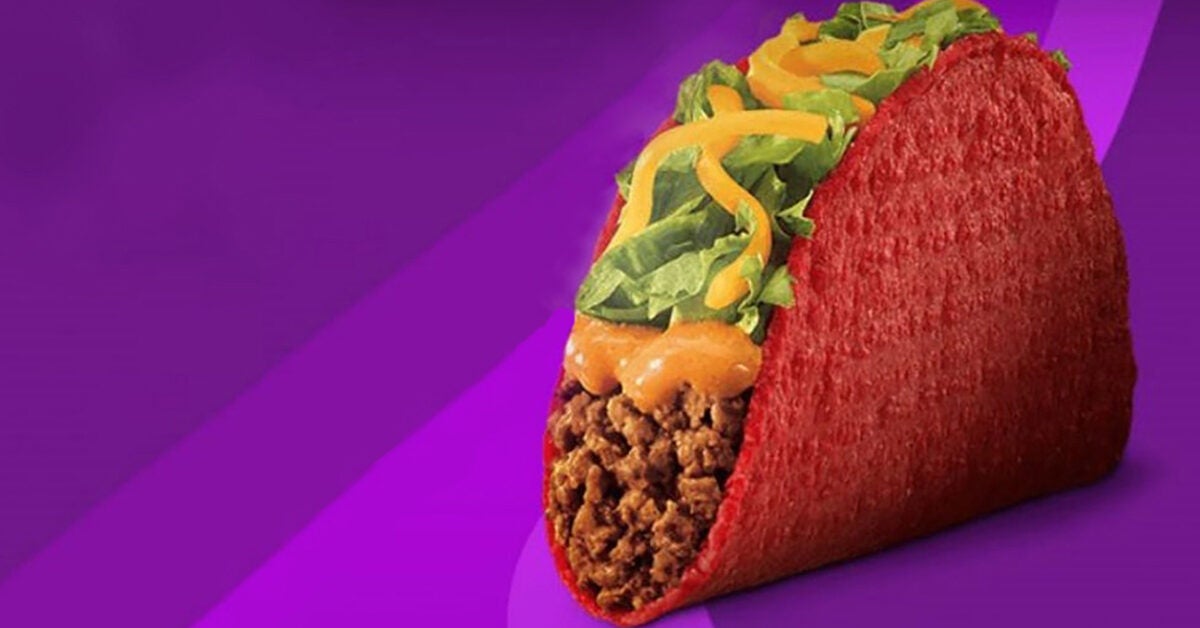 The sheer tenacity of these people, discontinuing the grilled steak soft taco. This is a Szechuan sauce level extinction event. One can barely fathom the moral turpitude requisite to remove a foundational pillar of the American diet without so much as a televised announcement.

CelticRambler said:
Even our friendly neighbourhood basket case (the UK) . . .
Click to expand...

Ha. That made me chuckle. Indeed, the Brits they are a funny race.
Last edited: Jan 19, 2023
You must log in or register to reply here.

P
Why the Resident Evil series is shitty now...