Casting is final. (For now!

High up in the cliffs by Las Vegas, we wrapped on day 9. As you can see, a lot of the cast/crew are wearing hoodies and sweaters, because high altitude is nice and cool, compared to 110 degrees + in the low desert. Just 35 minutes from my house, which is handy. 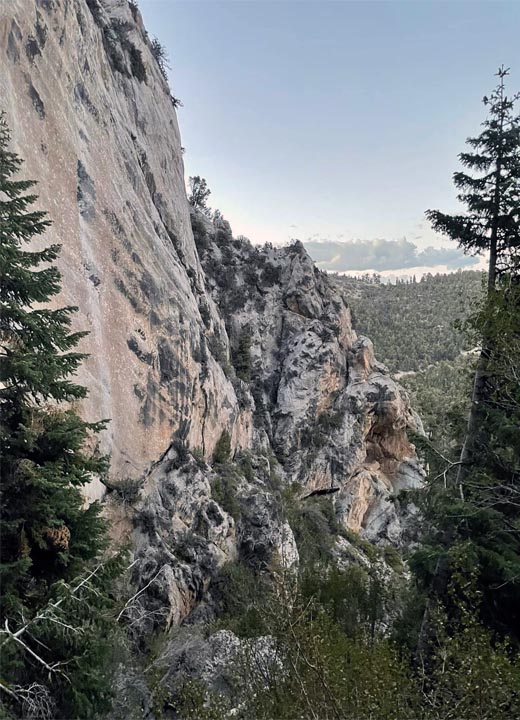 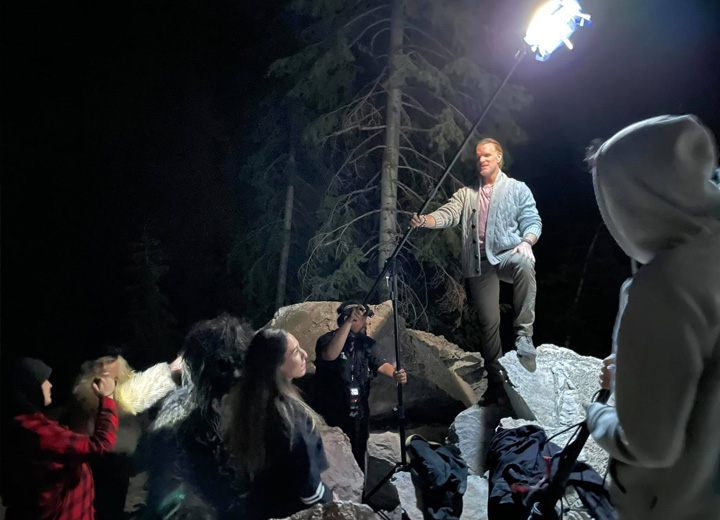 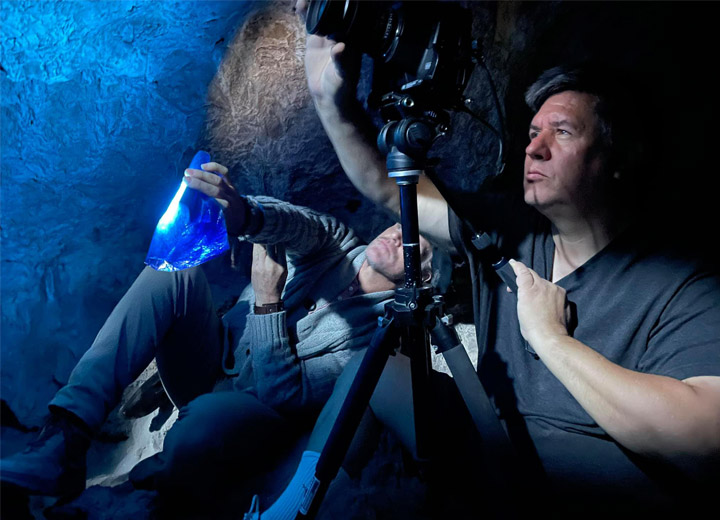 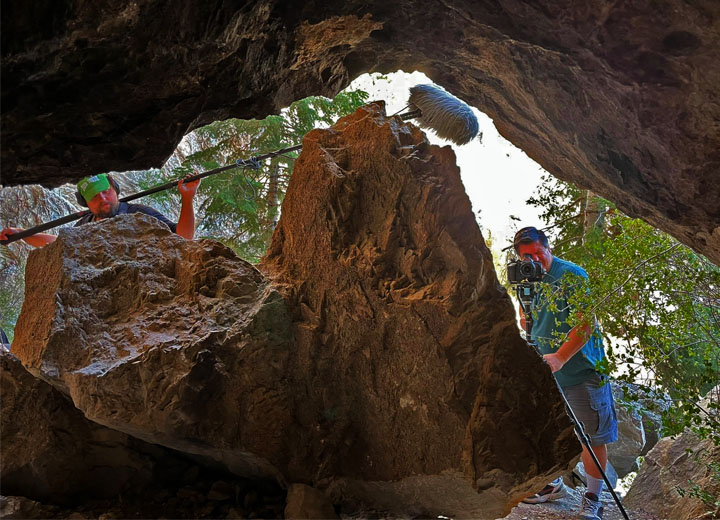 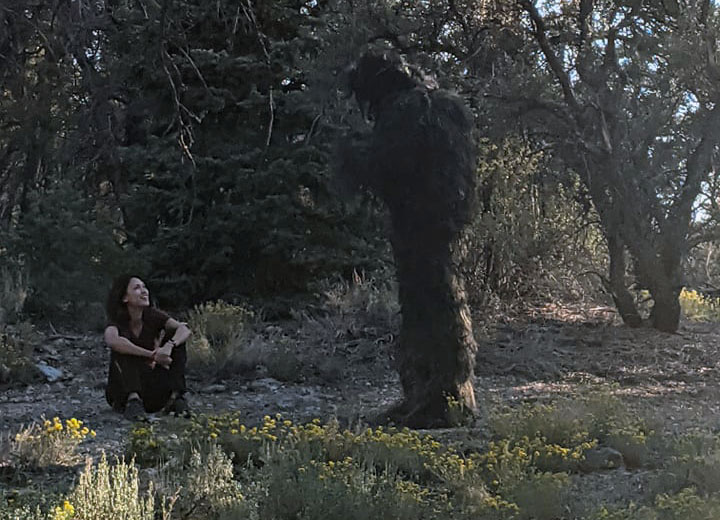 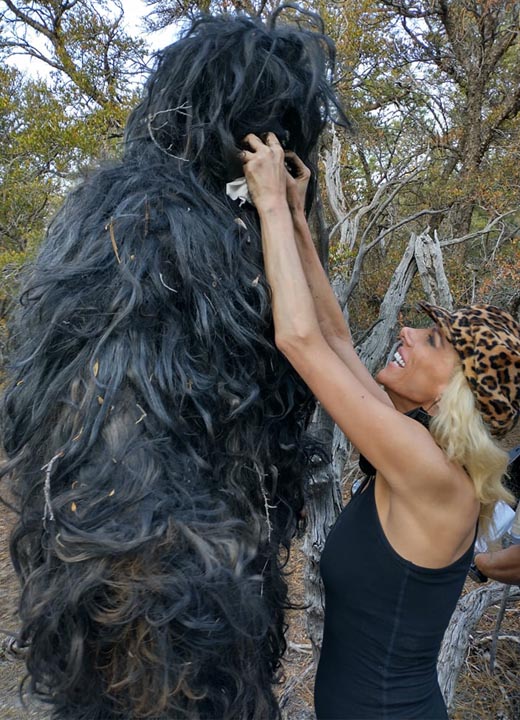 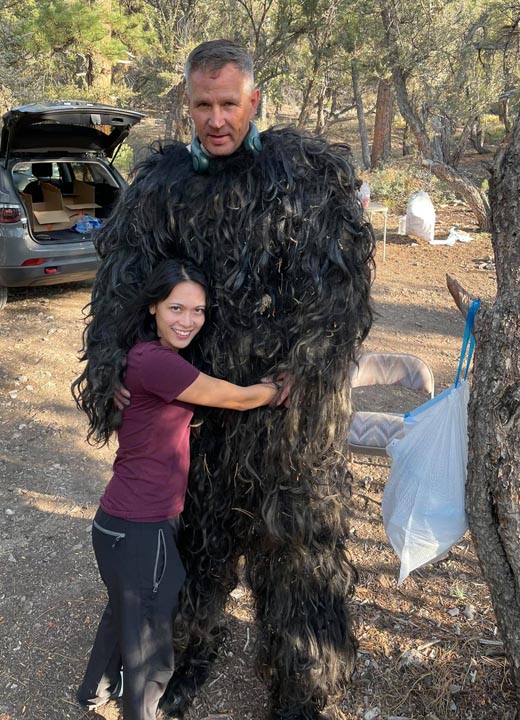 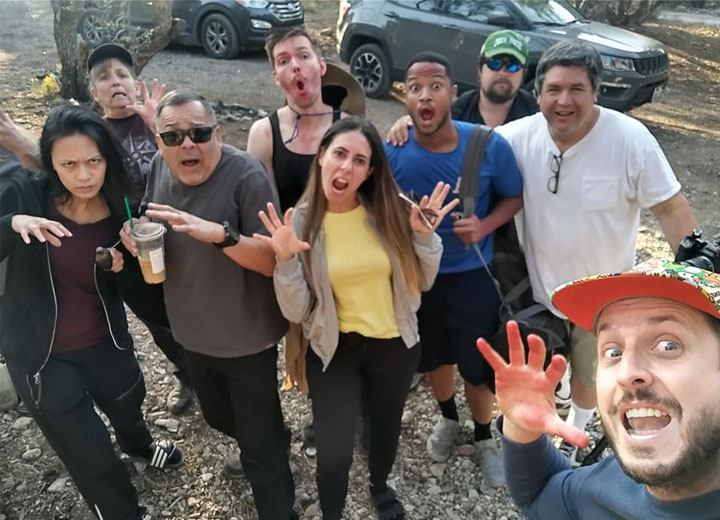 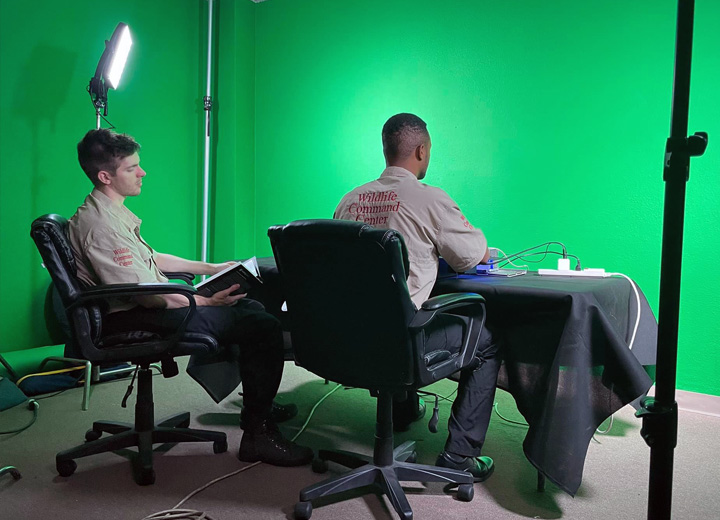 indieBIZ
This is looking really great man, looks like everyone is having a great time. That is a very impressive bigfoot suit, lol.
https://www.savepointofficial.com/

Thanks for your supporting comments. Here's the trailer:

LOL. Loved the bear! Pretty sure I LAUGHED in ALL THE RIGHT PLACES! Good stuff.

Staff Member
Admin
Loving the acting styles! Mixing campy with dramatic but it intertwines so well. Usually when you see this dynamic the dramatic becomes laughable. Sometimes on purpose, sometimes not. Here, I like how it all intertwines. Dramatic performances with the campy, together, it comes across as desperation when dealing with the incompetent. Well done!
Want a signature for fun or advertising?
indiePRO members can put text and a link here!
indieBIZ members can put text, a link, and an image!

indietalk said:
desperation when dealing with the incompetent.
Click to expand...

Great description and something we can all relate to

indietalk said:
Loving the acting styles! Mixing campy with dramatic but it intertwines so well. Usually when you see this dynamic the dramatic becomes laughable. Sometimes on purpose, sometimes not. Here, I like how it all intertwines. Dramatic performances with the campy, together, it comes across as desperation when dealing with the incompetent. Well done!
Click to expand...

mlesemann said:
Great description and something we can all relate to

That is a great description. It's a fine line, but it's a style that I use in almost all of my work. In this case, a bit more so. Michael Kearney heard I was making this, so he asked if he could write a script from my story. Since I'm also working on EVIL DWELLS WITHIN, which Michael is also in (he's one of the video gamers from that CLIP I previously posted; the guy in the hat.) I thought it was a good idea to let him shoulder the screenplay load.

I originally intended this to be more serious. When he sent me the first draft, there was a lot more camp and comedy than I expected, but the dialogue and characters were well done, so I kept most of that. Always a slippery slope when doing camp, but I almost can't help myself!


Unknown Screenwriter said:
LOL. Loved the bear! Pretty sure I LAUGHED in ALL THE RIGHT PLACES! Good stuff.

*EDIT: Loved your actors too! They were good!
Click to expand...

Thanks! You have to have the "suspect." Like when the men capture that first shark, in JAWS. I know it's not 100% convincing, but the actors just saw this shot for the first time, when I dropped the trailer, yesterday. They seem to like it.

Yes, I'm so happy with this group of actors. Not only are they good, but they are super nice, and do multiple things on set, like booming, holding lights, the whole gamut. I saw Abby (the lead) in some 48 Hour shorts, years back. She has that Kristen Stewart (TWILIGHT movies) expression, which I just love.

One note of interest: There were some issues (including a Covid family death) that came up with the girl playing the lead, Nia. I knew there was a chance she might get sidelined, so I hired Noha Amer, who also read for both Nia and the EMT parts, to be on the crew. That way, I could have her as a possible alternate to either actress. Best move, ever! The original EMT actress showed up sick, on the 2nd day of shooting (classic Covid symptons), so she had to be replaced. I plugged Noha into the same part with minimal reshooting. The original actress is still seen in the movie (from behind, and wide shots), so we matched her pretty well!

Noha on set as a crew member: 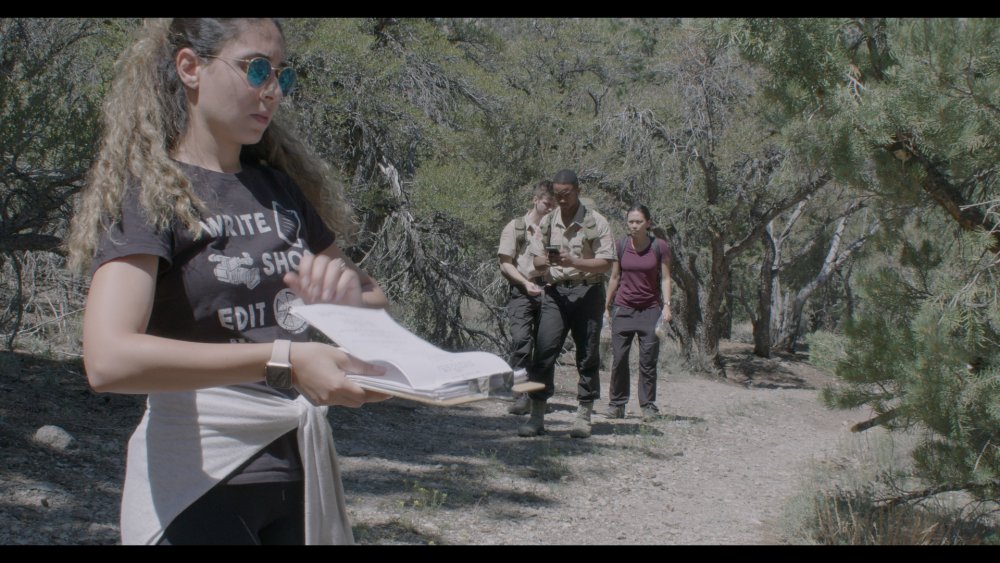 Original actress as the EMT: 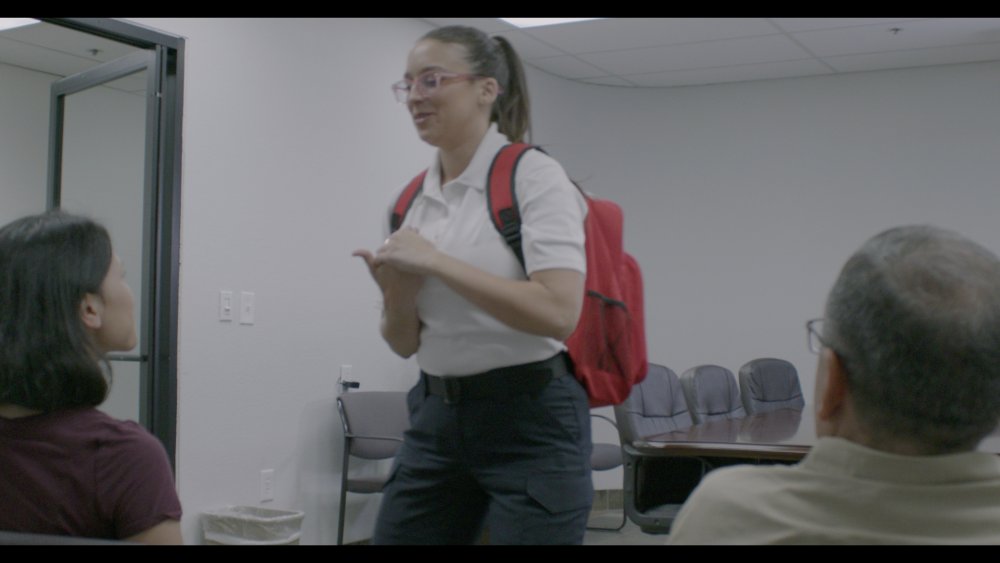 Noha as the EMT: 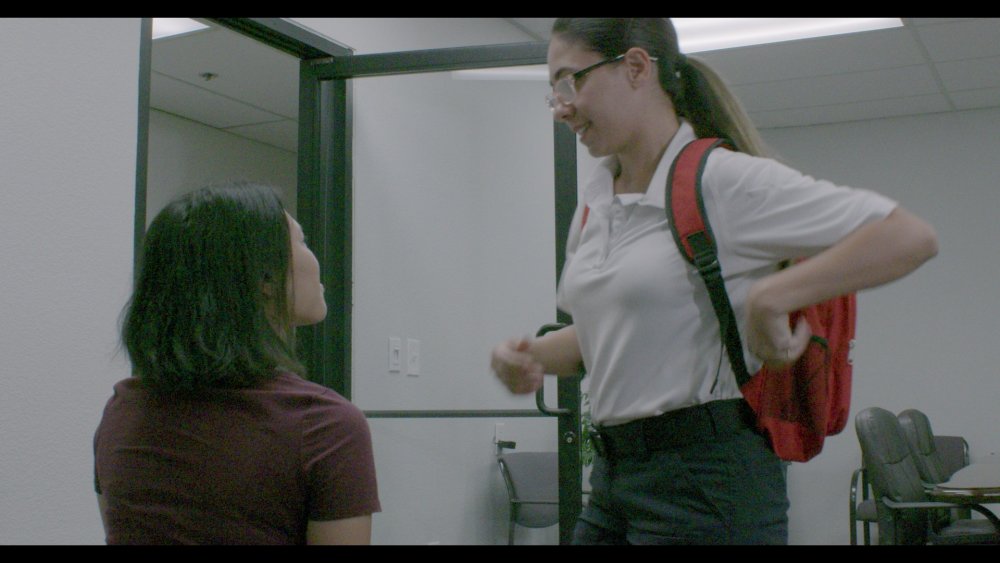 I have a saying, and I know you know this - Filmmaking is crisis management. Sets are mine fields, and problems are the norm. If you don't encounter major obstacles, then something is wrong or you're incredibly lucky .

Covid (original and Delta) had me wondering if this was going to be completed. One actress was replaced, while the other worked through a family death. Even my producer, Robert, was sidelined to the point of me completely taking over his duties. He was negative, weeks prior, but the long term Delta effects affected his heart and breathing. He went to the mountain, one day, for a few minutes and the altitude forced him to leave.
There were some creature makeup challenges, but the cast/crew rocked, the weather was perfect, and the shoot went extremely smooth.
You must log in or register to reply here.

The Book of Dragons