Auditioning for a character with severe mental disability

So, I'm casting for a friend, she has a character with a severe mental disability. Pretty major part, too. The character is non-verbal, and in the story she's in distress.
How would you go about auditioning neuro-typical actresses for the part? We're second-years and kinda at a loss.

I'd simply be sure to provide the actors with sides a couple of days ahead of time so that they can research, prepare, and decide on their approach to the character. And make sure that the character description that the actors receive gives them enough info to be able to make choices.
www.maralesemann.com

You should still have to go through the procedures of an audition. Meaning an interview, cold read, etc. I guess instead of the cold read would be to act out the gestures of the disabled person. If that is the case, do your research on how they behave to prepare for the role. Imitate what they do.

The first thing that you need here is an eye for the disability.

You cannot cast the correct actress if you don't know how to visually identify someone with this disability. So do your research first. Once that research is done you can share the aforementioned materials with your actresses so they come prepared.

Another idea is a technical advisor. Find a specialist or nurse trained in this area to hire for half a day. Have them sit through the auditions and take notes, possibly a pre-prepared survey. At the end of the day you will have your choices, but also the pro notes. Will help you narrow it down or see what they can improve upon for a callback. PS. You may want to save this for the callbacks so money is not wasted on non-potentials.

mlesemann said:
I'd simply be sure to provide the actors with sides a couple of days ahead of time……..
…….>make sure the actors have a detailed character description<
Click to expand...

indietalk said:
Another idea is a technical advisor. Find a specialist or nurse trained in this area…..
Click to expand...

Here are the things needed to "build" a complete character, detailed advice from an expert given to the actor(s) far in advance.

When you audition, the actor who gets the part will probably have done the most research and prep.
(Well maybe they won't have to do too much research; we creative types are all a bit screwed up in the head anyway.

Also keep in mind that, once it's time to start shooting, H/MU and wardrobe are going to have a huge influence on building the character as well.
Last edited: Jul 4, 2018

Is this helping ? https://www.youtube.com/watch?v=Syz-SoMNveU&t
T

sfoster said:
You cannot cast the correct actress if you don't know how to visually identify someone with this disability. So do your research first.
Click to expand...

mlesemann said:
And make sure that the character description that the actors receive gives them enough info to be able to make choices.
Click to expand...

indietalk said:
Another idea is a technical advisor. Find a specialist or nurse trained in this area to hire for half a day. Have them sit through the auditions and take notes, possibly a pre-prepared survey.
Click to expand...

If I were casting the role I would make sure to do all the above things. Lengthy research to make sure you are not misrepresenting the disability. This research will mean your character profile is in depth. If you found some really useful source during your research stage, make sure to provide a link to it in the casting call. The actors will do their own research, but if you share your findings it will make sure you are on the same page. Having a technical advisor to support your research and casting will also help massively. They could even be useful for script editing and production.

On top of the advice already given, I would look into the possibility of casting someone with a manageable mental health problem. This of course depends on what sort of mental health issue you are dealing with. For example, if it is severe depression, look for actors who have suffered with depression in the past, or are still suffering with more manageable depression. If it is a severe learning disability, consider casting someone with a mild learning disability. If it is severe bi-polar, look for an actor who safely manages their bi-polar. Etc.

Some filmmakers might worry that casting an actor with a mental health problem risks being exploitative but as long as you've done your research and you have spoken at length with the actor about what you hope to achieve with the film, there is no risk. I would even argue that casting a neuro-typical actor poses a far greater risk - the risk of misrepresenting mental health issues.

If you do end up going with an actor who has or still does suffer from mental health issues, you would of course have to take into account whether or not the acting experience would be triggering for the actor. This would initially be a conversation with the actor about their triggers and about what the project will entail. It would then be an on-going dialogue between the actor and the director.

As far as finding actors with this level of experience, I would start by googling support groups or charities that deal with the mental health issue you are portraying. I would then email them all; explaining who you are, what the film is about, if they have any advice for you and if they know any actors or people that may be interested. Even if they cant suggest actors, they will provide valuable information about the mental health issue and the people affected by it. If you can find local mental health support communities, ask if you can come along to a meeting. Introduce yourself and explain the project. As long as you are honest (e.g. don't get anyone's hopes up - an audition is only an audition) there may be people at the meeting who want to audition and you might just find a hidden talent.

I have worked in a mental health hospital running art and film based workshops for the patients. As long as you know the nature of the illness you are dealing with and you speak openly and honestly with the actor, you won't have any problems. Some of the most amazing work I've been able to do has been in a mental health setting.
H

Thank you, all of you! This is really great advice, and I already passed it over to the Director.
She actually works with women like her character (so she knows what would look right and what wouldn't). In this instance, it's more severe developmental disorders than mental health issues, and I'm pretty sure I'm not using the right english terminology and something's getting lost in translation...
Something the director and I have spoken a lot about is how the actress can show us that she knows how to react, since the character is entirely non-verbal, and there's crying and - whimpering? moaning? not sure what the right word is here.
We're trying to create a situation which supports the best acting possible in this situation, and we're not sure that a classic read-through is relevant. One thing we've come up with is to not do an actual audition, but have the director sit with potential actresses and just take time to discuss the character, the disability, its consequences and ramifications, and the actress's approach to all of these.
Does this sound effective? Anything we could improve?

I would not skip a traditional audition. This is a very important step to finding the right actor. Where you have that "you are the one" moment. Just make sure they are given the proper preparation. Any serious actor will research the role. Even if it was a not very well known disease for example, it would be upon the actor to do the research and not for you to teach. If they are serious about it. That can come later, when you are actually directing.
T

HDRVisuals said:
...Does this sound effective? Anything we could improve?
Click to expand...

This sounds really productive. Dealing with such weighty/emotional roles in a more intimate way is a great approach. From that conversation the director will be not only be able to gauge the actor's understanding of the role, but will be able to express their own ideas and objectives.

Non-verbal acting done right is arguably more powerful than using dialogue. Capturing a feeling just with facial expressions goes beyond language. If the director and actor can also incorporate symbolic blocking and body language to compliment the actor's facial expression, this will go a long way.

Sounds to me like you guys know exactly what you are doing. I'm sure the project will be great. Your approach is spot on. Best of luck.

I think you've got a good approach, but I completely agree with IndieTalk that you should not skip a traditional audition. Finding a really good actress for this role is the starting point for everything else that you've described.
www.maralesemann.com

HDRVisuals said:
One thing we've come up with is to not do an actual audition, but have the director sit with potential actresses and just take time to discuss the character, the disability, its consequences and ramifications, and the actress's approach to all of these.
Does this sound effective?
Click to expand... 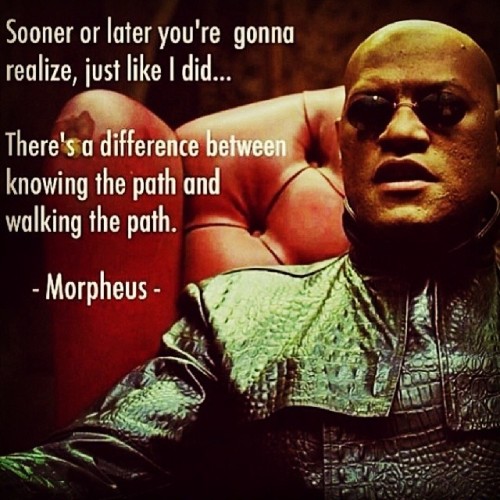 But did my "you are the one" comment inspire that meme?

But did my "you are the one" comment inspire that meme?