I am preparing to direct a found footage movie next summer (June 2021). The movie will be shot entirely in the woods. The story is set in England during the Middle Ages, and the "camera" is a memory preserving magic crystal. I am hiring a director of photography to film it. I will have him film with a wide angle lens to capture more of the surrounding forest and to make the film seen more expansive. What can I do to help the footage a high-quality feel that does not come across as cheap or tacky?
Last edited: Apr 1, 2020
Sort by date Sort by votes

Staff Member
Admin
That's why we are asking all those questions about style. Obviously this should not look like VHS, security cam footage, or super-8. If you go back and can answer @Alcove Audio's questions then we can help further with the non-cheesy look.
Want a signature for fun or advertising?
indiePRO members can put text and a link here!
Upgrade Now!
Upvote 0 Downvote
O

I think the big question is why are you presenting your film from the POV of the crystal? You want a found footage movie that doesn't suck. Based on the title of the thread, you make it sound like all others before have sucked. What about the POV of a crystal is meant to be appealing to an audience? In order for the audience to enjoy the viewing experience, the crystal would need to be in plain view of characters regularly. Wouldn't those characters constantly be chasing after it?
Upvote 0 Downvote
J

Gotcha. Let me clarify this as much as I can. Thank you for your care.

My protagonist is a young lady with magic powers. The movie begins with the creation of the moment-recording crystal. It operates much the way a camera would. She holds it and points. She can use her magic to get the crystal to replay previous events that it has recorded. She goes on a journey involving monsters and ancient gods. All of her experiences are shown through the crystal. Aside from the fact that she and the other characters call it a crystal, there is no functional difference between this crystal and a camera that the characters in a found footage movie would use. The witch has the ability to replay past events by snapping her fingers. These scenes then replay, like how they would if you played them in a camera. I am still writing the script, and I am developing a scene where the presence of the crystal within the story serves a crucial role. The witch goes through the corruption arc and slowly becomes evil, and another wizard has to access the memories of the crystal to see what she has done.

Does this explain it?

And as for audio, I will need it to be as clear and clean as possible.
Upvote 0 Downvote
R

How about hanging the crystal around her neck?...It would work like the camera on a police officer. This would allow you to use either objective or subjective video...
Upvote 0 Downvote

colehamilton said:
Does this explain it?
Click to expand...

So you have created an entirely new way to capture moving images.

Doesn't that mean that what that image looks like is entirely up to you?
You have total freedom over the look because the images we are seeing
are not coming from a camera.

colehamilton said:
What can I do to help the footage a high-quality feel that does not come across as cheap or tacky?
Click to expand...

Once you finish the script and get your DP the two of you are free to do
anything that works for the story. Using a good camera and some creative
use of lighting will give the footage a high-quality feel. What camera depends
on what your DP is comfortable with and what you can get your hands on.
Upvote 0 Downvote

I'm still not clear on the technical aspects of how the Crystal works and how you resolve the workings of the Crystal with the shooting style. If the witch/sorceress points the Crystal at what she wants to record, how does it record her encounters when she is not holding it and pointing it at what she wants to record? As an example, she goes to fight a dragon. If she is not pointing the Crystal at the dragon how do we see her fighting the dragon? Does someone else hold/point it? But if the witch/sorceress is the only one who, because she has her powers, can make the Crystal record, how can someone record the visuals of witches/sorceresses encounter with the dragon?


colehamilton said:
And as for audio, I will need it to be as clear and clean as possible.
Click to expand...

That is a given for any project. I'm talking about the Sound Design; the stylistic choices of how the film is shot impacts the types of sounds chosen during the audio post process and how they are presented during the rerecording/mix process in conjunction with the visuals. If the film is shot "camcorder" style that is a very different approach sonically from action/adventure film style sound design. As an example - if gunshots are recorded by a cell phone or other "cheap" audio recorder they will sound like firecrackers, so if your film is "found footage" that is the approach needed for the sound design, "thinned out" and grounded in reality. There is little visceral impact with found footage/camcorder style sound design compared to the high impact, detailed, layered approach used for an action/adventure film.

For me, at least, these questions still need to be resolved for me, and for the audience as well, so there is a perspective/anchor I can hang on to. Okay, I get it, you want a non-cheesy found footage LOOK to the visuals of your project, but nothing there explains how the technical aspects of the Crystal gives the audience/viewer an explanation of how the Crystal/camera shows the audience/viewer what is seen on the screen. Okay, the witch/sorceress snaps her fingers and she can show what the Crystal saw. Is it seen like Luke saw the projection of Leia from R2D2? Is it a complete 3D holo-image like a Star Trek holosuite? Is it like seeing a tiny image on a cell phone? 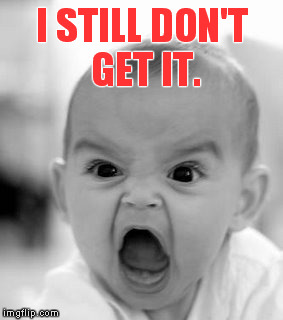 Staff Member
Admin
The whole movie can't be the POV of the crystal if in scene 1 the crystal is being created and she first holds it and points it. It happens after this? Also it can't be when the witch snaps her fingers for past events. Otherwise she would snap and we would still see her, but SHE would be seeing past events IN the crystal. I think? And what AA said. About action, dragons. I'm also still confused.
Want a signature for fun or advertising?
indiePRO members can put text and a link here!
Upgrade Now!
Upvote 0 Downvote
J

The first shot of the movie is the witch holding her hands out over the frame. She opens her eyes and explains, "It worked!"

The sound should be thinned out and grounded in reality. The crystal only records what it is being pointed at. Anyone can hold it. When the crystal is showing images, they appear within the crystal. They are not projected outward.
Upvote 0 Downvote
J

And when I say something appears in the crystal, that means they appear within the entire frame that the audience is watching the movie through.
Upvote 0 Downvote
O

Can I ask why you want this to be a "found footage/POV" style film?
Upvote 0 Downvote
R

I think it would be a question for your cinematographer. But of course, your first big effort is going to be scouting a great location. So assuming you have a great location and you want to shoot outside in the summer, I am not sure about your time zone/ sun position. But don't shoot anything outdoors when the sun is say from 10 Am to about 5PM. Or thinking another way. Not when the sun is at an angle directly above. Get the sun coming through the trees (and atmosphere at an angle and giving you a more of a soft light. Backlight your characters with this available light and get a crew member or two to follow the talent with a large bounce material.

If you have indoor locations, shoot those in the afternoon with the sun is not streaming through the windows. Unless you have the crew and budget to put some material on them to back them off a few stops.

colehamilton said:
I am preparing to direct a found footage movie next summer (June 2021). The movie will be shot entirely in the woods. The story is set in England during the Middle Ages, and the "camera" is a memory preserving magic crystal. I am hiring a director of photography to film it. I will have him film with a wide angle lens to capture more of the surrounding forest and to make the film seen more expansive. What can I do to help the footage a high-quality feel that does not come across as cheap or tacky?
Click to expand...

This sounds really interesting. Are you looking for a composer?
Upvote 0 Downvote
S

colehamilton said:
I am preparing to direct a found footage movie next summer (June 2021). The movie will be shot entirely in the woods. The story is set in England during the Middle Ages, and the "camera" is a memory preserving magic crystal. I am hiring a director of photography to film it. I will have him film with a wide angle lens to capture more of the surrounding forest and to make the film seen more expansive. What can I do to help the footage a high-quality feel that does not come across as cheap or tacky?
Click to expand...

Hi, the multiple questions are indeed, necessary to ask in order to get the true visuals from the chrystal.

The main difficulty of the movie is following:
1. Everybody knows how VHS or Camera footage looks like. Thats why there are various plugins and methods to recreate security camera footage, VHS footage etc. There is no difficulties at all. Just shoot POV (with 15 mm lens or whatever, mostly with a lens type, which actual 8mm or VHS cameras utilized), put on the plugin, add some color grading - done.

My impression is that it is quite unwatchable, to be honest, unless it is VERY interesting, which is not guaranteed. Without knowing the story, it is hard to say something. Even if the chrystal records someone's memories, the story is extremely important. I'd rather focus on that side, more than visuals, perhaps.

news Sundance 2023: 17 Films That Could Sell Big Among a Diverse Lineup

news ‘Emancipation’ Review: Will Smith’s Unrelentingly Brutal Slave Epic Is a B Movie with Delusions of Grandeur