Studio Ghibli has cooked up something sweet with Lucasfilm and Walt Disney Co.

It was announced Friday evening that Ghibli director Katsuya Kondo has helmed the hand-drawn short “Zen – Grogu and Dust Bunnies” to debut Saturday November 12 on Disney+ in celebration of the third anniversary of Disney+ and the popular “Star Wars” series “The Mandalorian.”

The famed Japanese animation studio had tweeted the Lucasfilm logo earlier in the week indicating that a collaboration was in the works. It was a message amplified by at least one Disney executive. Walt Disney Pictures’ President of Marketing Asad Ayaz retweeted the Studio Ghibli post with a hinting eyes emoji.

Studio Ghibli is best known for producing films like “KiKi’s Delivery Service,” “Princess Mononoke,” and “Spirited Away.” The production company’s most recent film was “Earwig and the Witch,” released in 2020.

There is precedent for such a collaboration here too: Lucasfilm, the creators behind the “Star Wars” franchise, has collaborated with Japanese animators to bring anime aesthetics to the Disney+ series “Star Wars: Visions.” Lucasfilm partnered with seven anime studios to create nine short films set in the “Star Wars” galaxy.

“The goal with ‘Visions’ was always that we wanted this to be authentic Japanese anime,” executive producer James Waugh told The Hollywood Reporter in 2021. “We wanted it to be a true expression from these individual creators in a process that they’re used to. The last thing we wanted to do was be a Western studio that went with our ideas and then really leaned on them for their aesthetic. They were creating stories and concepts that could only come from their unique cultural perspective.”

As for other upcoming “Star Wars” feature films, Oscar winner Taika Waititi is helming a new franchise installment that will “expand” the scope of “Star Wars” and introduce entirely new characters. “Deadpool” director Shawn Levy is also in talks to direct a “Star Wars” film for Disney and Lucasfilm. “Wonder Woman” helmer Patty Jenkins is additionally attached to another “Star Wars” feature film with an undetermined release date. 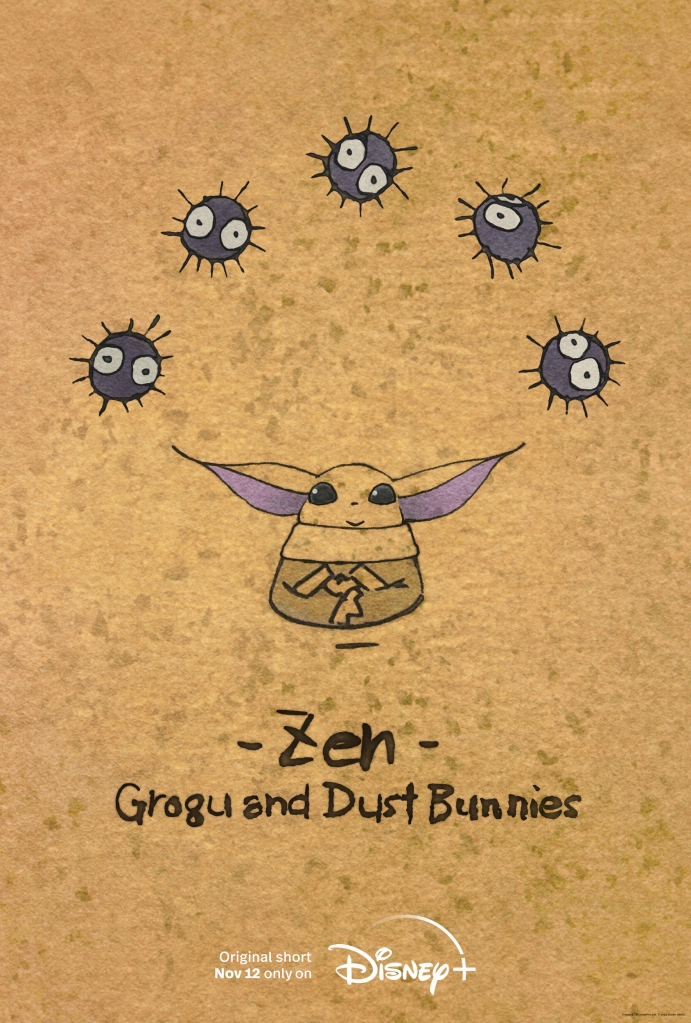 There are lots of stories of how independent studios get the license to produce films or games based on iconic properties. I'd be interested in learning more about this, because this could be my entry into the business.

There are licenses you can get pretty cheap, especially book to movie deals. I got one for 5 grand once. In this case, be aware that Studio Ghibli is a very large and prestigious film company that's considered one of the most talented crews in animation history. Point being, there are a lot of licenses which require both money and fame to purchase. You can probably get Caves of Steel for 7 grand, but trying to buy a top 20 comic book character or similar might offer more resistance than you expect. I've heard of studios owned by Disney being denied the rights to Disney characters for example.
A

So the trick may be to get a team together, look for potentially good properties, then pitch to institutional investors.

So the trick may be to get a team together, look for potentially good properties, then pitch to institutional investors.
Click to expand...

That plan makes sense, and if you do your case studies, it's pretty much the norm for successful prodcos. I don't think it's even as hard as it seems, but what I see out there most of the time is egos causing major inefficiency. The investors tell the creatives what to do, the creatives tell the investors what to do, people don't respect each other, and the business people win the altercation with brute force. After that, they hire mercenary workers who actually thrive financially on inefficiency, meaning the slower and more expensive a project is, the more money they take home. With no actual passion for the project, and a mentality that prioritizes billable hours over innovation, you get a predictable set of results. It's functional, and the story I'm telling applies to many shows you've seen and enjoyed, but the truly great stuff comes from anomalous situations where groups with different perspectives work together with respect to counterbalance each others blindspots. The Studio Ghibli story is a labor of love that spanned a man's lifetime. You should watch the little mini documentary about how he thinks on youtube. He's likely the single greatest animator alive today. I personally don't care for Japanese animation, but I do recognize his genius, and his films are truly unique.

I'll give a couple quick examples. Peter Jackson directing the Lord of the Rings trilogy. Warshawskis directing the Matrix, Fincher directing Fight Club. These were all situations where artists who cared about their fictions ended up being the financiers to a large degree. Kubrick for example never gave acting direction to his actors. He knew that they had studied acting for their whole lives, and simply tried not to interfere with for example Jack Nicholson's performance in the Shining.

Lucas was kind of stuck in the middle during the production of Star Wars. He was an artist, and he had 11 million dollars or so, but by the end of it he was leveraged 12/1 by the studios, and for that reason, Star Wars was nearly cancelled halfway through production, he won the exchange through sunken cost fallacy, and the rest is history.

Larry Charles, producer of Cheers and many of the best 80s and 90s sitcoms was a great comedian in his own right, and produced a lot of work people really enjoyed because he was on set laughing and having a great time with his crews. During the same era, many by the numbers sitcoms created by middle managers from graphs of popular trends were DOA.

Short version, you can make money by the numbers, and that's what most shows are, certainly what all reality tv shows are. But when it comes to producing something truly great, teams where people really believe in what they're doing, and aren't constantly beaten down by humorless accounting drones end up being better, and often times much cheaper than their counterparts. Additionally, you mention going to industry investment institutions and that's a good idea, but at the same time, you need to build up significant value first, because whatever weakness you bring to the negotiation table will be used against you. The good situation is one where they invest with you rather than in you. They bring 5 million, you bring 3 million and a finished film, and you make a fair deal to take an 8 million dollar risk on promotion and distro. If you bring an idea and they bring 8 million, they own you, and you'll find a lot of horror stories out there about what happens next. On a lighter and more enjoyable note, here's that documentary about Myazaki.

@Nate North, I agree. I have gotten to the point in my life where I have everything else I want, so, if I don't become a mogul, that would be fine - no one can have everything. In terms of my plan, I'm thinking of starting a self-publishing press, printing not just novels but, if circumstances permit, comics as well. This would give me some cards to play, especially if I can build an audience.

The other thing is to do a low-budget movie with two or more characters talking about the interstellar war. I've discussed this before, and, while it may be harder than I realized, it should still be doable. This would, again, give me another card.

I'm patient - I have time.
You must log in or register to reply here.