lighting How do you think they lit this Blade Runner scene?

See attached images. Really interested in the lighting from this scene in Blade Runner (1982). The motivation for the fill on the characters' faces seems to be coming from the glowing table below them. Do you think that is the actual light they were using or would there be another light setup besides the backlight?

Staff Member
Moderator
dark room. haze machine running.
One bright light behind them, bouncing off the screen in front of them to light their faces.

second light underneath the glass table. 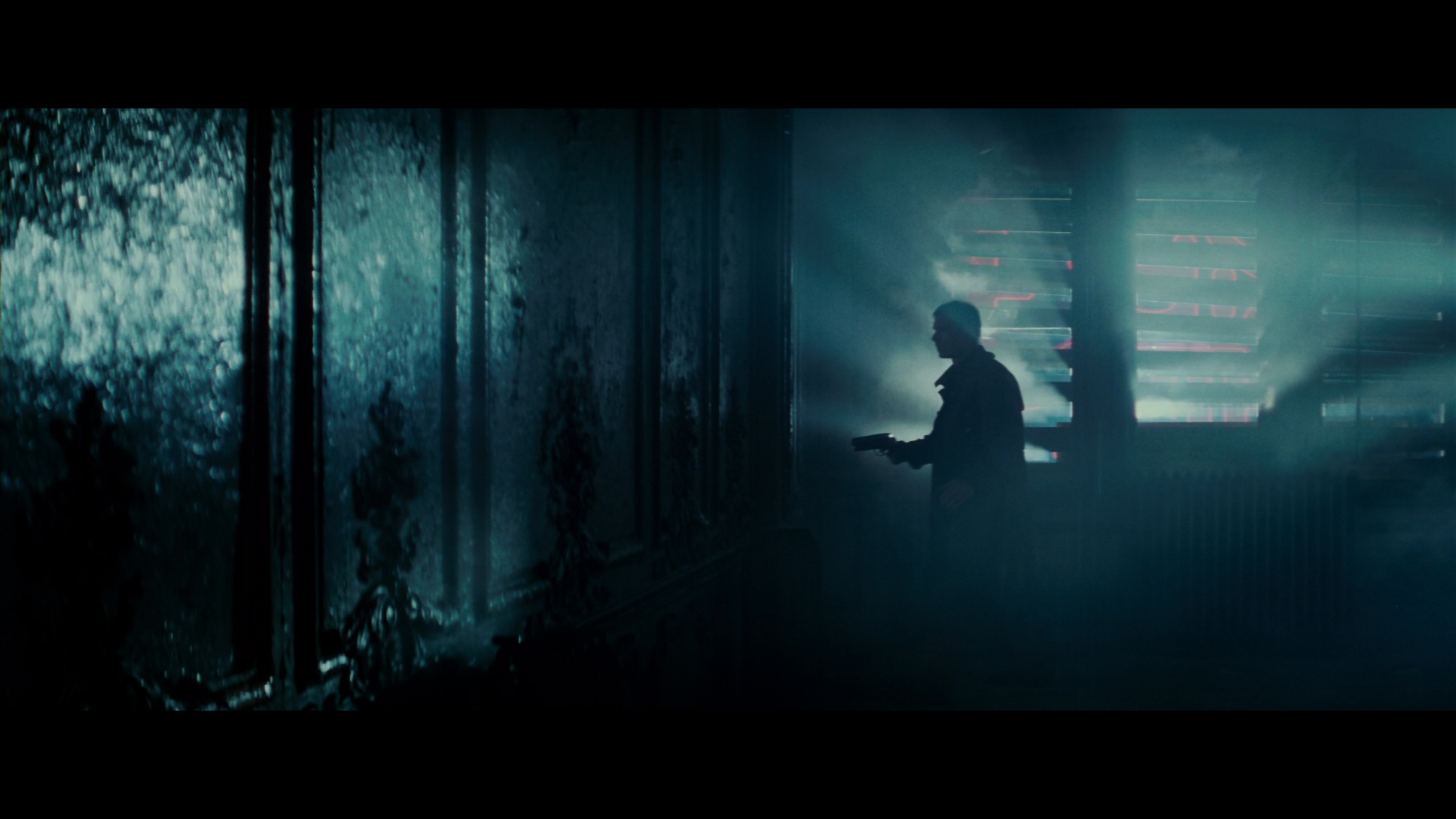 Last Friday, I did my second entry in a weekly feature I started on the work of cinematographers. That entry covered Jeff Cronenweth, who is known for his work with David Fincher in films like The Social Network, Fight Club, and The Girl with the Dragon Tattoo. I wanted to write a follow-up to...

Pretty much what @sfoster said. Look at Harrison Ford's eyes, they give away the answer. The lighting on the front of his face is almost directly ahead of him but just slightly down and to the left. It appears they didn't even change setups for each individual shot. They may have just turned off the table light for the close-ups.
Upvote 0 Downvote

In Bryant's CU, the back source appears to have moved around so it's hitting him a little more as a back 3/4 light, rather than a direct side-light. The blue light that was playing more so on his body now also plays on his face. It appears to be pretty '3/4 front-ey' and coming from just underneath (i.e. angled up at him). In Deckard's CU, the back source is in a different position, now back to more of a direct backlight, as per the two. Deckard has the same 3/4 front-ey blue source playing on his face as well.

There’s a haze, plus smoke - it feels like there’s a cigarette on the table.

There’s also a source directly in front of them that’s playing in their eyes and nothing else. This appears to be standing-in for the screen/projection.

Last edited: Nov 2, 2019
Upvote 0 Downvote
You must log in or register to reply here.

lighting possible to get a dark background with diffuse light?

A
producing Making a movie about ONE person talking about a war.
2 3