Hey guys, I'm editing a recent project I shot with some pretty awful background noise in almost all the audio. I've attached a sample below of some of the source audio from one of the takes. The noise was mainly coming from a fridge/freezer and some fans from a restaurant's kitchen that we were filming close to. I know it sounds terrible as is, so as tempting as it is to reinforce how it should have been recorded properly, that's not what I'm here to hear.

Wondering if anyone has any special tricks to get rid of this. I'm definitely no audio wizard but would like to be able to fix this myself if possible. I have tried the Noise Reduction (Process) tool in Audition and it does effectively get rid of the noise and puts it at an acceptable level... however it also distorts the dialogue and makes it sound very tinny. Wondering if there is something I should be doing to combat this after applying the Noise Reduction effect.

Staff Member
Admin
I will let the audio experts chime in but....

It sounds like it's on a frequency that can be played with to see how much can be cleaned up BUT I hope you got some room tone for shots that do not have this sound, so when you cut, it's seamless. In other words you would want to introduce it to clean shots, and then clean it all so it matches.
Want a signature for fun or advertising?
indiePRO members can put text and a link here!
Upgrade Now!
Upvote 0 Downvote

And yes, I am going to "yell" at you for not prepping your set sonically. 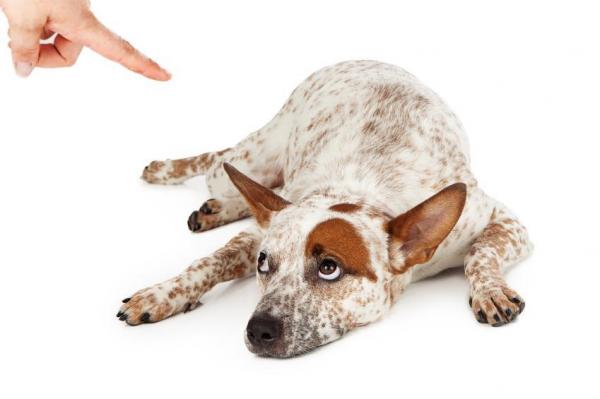 You need to turn off refrigerators, HVAC, etc. and work hard at muffling any other extraneous noises that you can. It would have taken 10 or 15 minutes on the set; now you are going to spend hours and hours doing sonic surgery. One of my dictums is "Every minute/dollar you spend to capture solid production sound on-set will save you at least ten in audio post." Lesson learned, I hope.

Now that you have been sufficiently spanked……..

Before you begin, make a copy of your audio and put it on a separate (muted) track so you can do A/B comparisons between the original track and your processed track.

First, use a hi-pass filter to roll off the rumble in the low end. Start at 80Hz and SLOWLY raise it up until it becomes unacceptable, i.e. thins the dialog. This can be an active EQ while you figure it out.

Second, use a lo-pass filter to eliminate high end noise, hiss and the like. Start at about 18kHz and SLOWLY lower it up until it becomes unacceptable, i.e. dulls the dialog. This can also be an active EQ while you figure it out.

Third, use a notch filter to isolate that upper-mid frequency whine. It sounds like about 3.69kHz and/or 7.39kHz, possibly some 14.8kHz, somewhere in those general neighborhoods. Increase the notch(es) until you zero in on the specific frequencies, then you can lower until it becomes unacceptable. This can be an active EQ as well while you figure it out.

Fourth, do several gentle passes with the noise reduction; then you can decide how far you can go and still keep it acceptable.

You may/will have to bounce back and forth between these steps in varying orders and degrees until you get it right, and, being a neophyte, it is probably going to take you quite a while. Then you are finally ready to print.

(FYI, I may have two active EQs and two or three active noise reduction plug-ins running simultaneously on each track when dealing with a problem like this.)

Let us know how it went.

I've had a little look at the file you sent. There's a strong hum at 733 Hz, plus a load of partials above that. There's a goodly low hum from around 300 Hz and lower which means that you end up with a choice of removing it and making the dialogue sound tinny, leaving it and having that hum, or gentle nudging it with the right tools. Not to mention general background noise as the SNR (Signal to Noise Ratio) isn't great.

Really don't want all of that to sound like I'm criticising the recording, it's just a statement of what is in the audio file.

I've had a go at tweaking it with the noise reduction tools I've got and you're more than welcome to have a look at the result of a few minutes work. It's not perfect but it's definitely better.

Hope it helps some. If you'd like me to help with more of the audio repair I'd be happy to talk.

I think that BazTheHat has done some great work considering it took a few minutes!!
Upvote 0 Downvote
Z

With a good set up you shouldn't have any noise at all. Most of the noise comes in due to wrong choice of microphones and preamps.

You could try out some other noise canceling plug-ins like in WAVES Audio Restoration Bundle. I use it time to time and it sometimes works wonders.
Upvote 0 Downvote

Ziomamusic said:
With a good set up you shouldn't have any noise at all. Most of the noise comes in due to wrong choice of microphones and preamps.
Click to expand...

This has nothing to do the mics and pres, it was recorded in a noisy environment
Upvote 0 Downvote

I took a shot at that clip using Izotope RX noise removal.

Staff Member
Admin
Some really good help here!
Want a signature for fun or advertising?
indiePRO members can put text and a link here!
Upgrade Now!
Upvote 0 Downvote
You must log in or register to reply here.