camera-dept Canon XH-A1s - "an opportunity has arisen ..." as they say.

One of these has appeared for sale on my local second-hand re-seller site. The guy says it was part of a job lot of camera gear that he bought from a studio closing-down sale. He knows it's a video camera, that it's missing a battery, that it's still in working order, and that's about it (his interest and knowledge is in still photography)! It looks like he had a quick look at the average second-hand average price in France and is pitching it at 50% less, so 350€ ($400-ish) as-is.

My question: having seen a vague consensus on YouTube and a few other sites that this camera is "still decent enough, but ..." what's the opinion here?

I don't need a hefty video camera - I barely use the video function of the Canon 70D that I bought specifically for shooting video, but that's more to do with a lack of time and opportunity, and something I'm actively working towards changing - but then I didn't need a hammered dulcimer either and still bought one!

The difference is that my dulcimer should still be as (im)perfectly functional in 100 years as it is today, regardless of technological advances.

So: white elephant, or potentially useful tool for learning, with an increasingly limited useful life?
Sort by date Sort by votes

I'd invest the money in decent filters and a second hand (vintage) lens or two. The 70D, despite its 29:59 record time limit delivers a superior image. Look into Magic Lantern to increase your camera's video functionality.
Upvote 0 Downvote

Staff Member
Admin
Over here on eBay much cheaper, so, perhaps not the best deal. 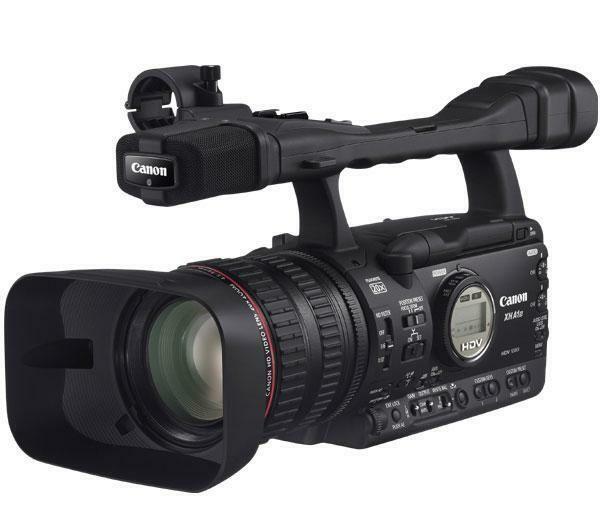 Find many great new & used options and get the best deals for Canon XH A1 Mini DV, DV, Flash Media Camcorder at the best online prices at eBay! Free shipping for many products!
www.ebay.com 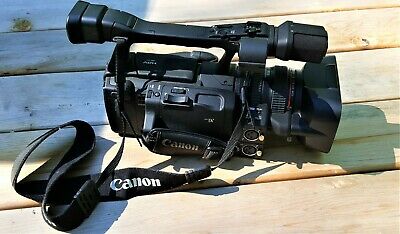 Find many great new & used options and get the best deals for Canon XH A1 Camcorder HDV at the best online prices at eBay! Free shipping for many products!
www.ebay.com
Want a signature for fun or advertising?
indiePRO members can put text and a link here!
indieBIZ members can put text, a link, and an image!

indietalk said:
Over here on eBay much cheaper
Click to expand...

Thanks for the signpost. By the time delivery and import duties are added, those come to about the same price, but obviously the one I'm looking at is not really that much of a bargain (that's a typically French thing - fairly common to see secondhand stuff being sold for more than you can buy it new.


Lucky Hardwood said:
I'd invest the money in decent filters and a second hand (vintage) lens or two. The 70D, despite its 29:59 record time limit delivers a superior image. Look into Magic Lantern to increase your camera's video functionality.
Click to expand...

Magic Lantern is on my "must get around to that" list. And as I've been a Canon EOS user in still photography for about 30 years, I have a fairly good collection of first-hand lenses already.

Before shelving this idea completely, are there any particular advantages - as a cameraman, rather than producer/director - to this style/size/shape of hefty video-specific equipment, compared to a DSLR with video capability? As a still photographer, there's an enormous difference for me between a DSLR with its wonky shape and real buttons and dials and a hole to look through, compared to a slap of smartphone that also takes pictures!
Upvote 0 Downvote

I'm a Canon shooter for stills and a Blackmagic shooter for video. I can use my EF lenses on my URSAs (maxie and mini) and all of my lens specific gear interchanges. I looked at the XH 1A awhile back, but decided to try the DSLR video thing. After doing that for a bit, I bought my first URSA. I just prefer the form factor of a dedicated video camera platform. That said, if I was in a financial situation where I could make my current DSLR better or buy an outdated video camera, I'd upgrade as I suggested. If you are solid with lenses, filters, etc., either save the money to buy craft services for your crew on your next shoot, or invest in audio.
Upvote 0 Downvote

indieBIZ
I bought one of these once, and they use a specific Sony codec, I think ACAHD or similar, and at least for me it caused a number of problems in post. The color from the sensor is a bit dim. Personally I feel like the color you get from a simple cannon still camera in video mode is superior. A beat up 5d on the used market is a big step up from this. In terms or real impact on a budget, the Panasonic GH3 is not bad at all in the used for 350 price range. I never had a 70d, so I can't compare them directly, but the GH3 was only a few notches beneath the 5d. If you want to boost your screen quality on a budget, you may want to consider buying a few prime lenses, which can make a considerable difference, with the caveat of forcing more physical movement in the field.
https://www.savepointofficial.com/
Upvote 0 Downvote
You must log in or register to reply here.

Nov 4, 2019
walkie
W
A
camera-dept attention earthlings a camera phone is all il need for now