“House of the Dragon” Season 1 concludes on Sunday (October 23), and will surely end in reconciliation, laughter, joy, and general warm fuzzies.

The “Game of Thrones” prequel series is guaranteed to finish the season with heartbreak, bloodshed, and agonizing cliffhangers, because, well, that’s what we all signed up for. In anticipation of the Season 1 finale (and the long wait for Season 2), here are 10 burning questions we have leading up to Episode 10.

Corlys Velaryon, Lord of the Tides, has apparently been at war in the Stepstones for six years and suffered a severe injury and fever of late. The Sea Snake is down two children and a brother, but most importantly he is awesome and we had hoped to see more of him. With Viserys gone, the realm needs a king, but it also needs a daddy. Here’s hoping Corlys makes an epic entrance during the eleventh hour to join Rhaenyra’s forces and take down the Greens with nothing but utmost swag (and here’s hoping he did not catch whatever special Targaryen leprosy killed the king).

Alicent and Viserys’ only daughter doesn’t talk much, but when she does she imparts critical wisdom that no one knows how to parse. Case in point: In Episode 6, she mumbled that Aemond would “have to close an eye” — and just one episode later, he did so decisively after being slashed during a fight with his nephews. For the past couple episodes Helaena has muttered about a “beast beneath the boards,” but no one pays any heed to her mutterings. At the very least, Helaena seems to be the least culpable in her family’s role in the Dance of Dragons so far, and we would like her to have nothing but peaceful alone time with her spiders and stitchery. 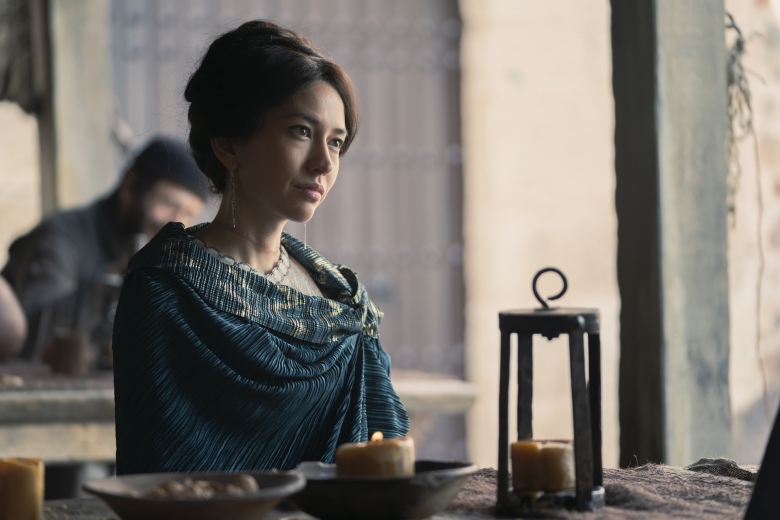 Sonoya Mizuno in “House of the Dragon”

Episode 9 heavily implies that Larys Strong had the White Worm killed, which would be a jarring and tragic end indeed for this character. Has Larys considered…not murdering people? Or more humane methods? Do we even want more Mysaria, or can we just kill that accent?

There have already been plenty of minor deaths in Season 1, and the major but expected death of King Viserys. Now that his surviving kin are engaged in a full-on war for the succession, there’s no chance everyone is making it out of this conflict alive — or even this season (“Fire & Blood” readers: Stay strong and watch the madness unfold.)

5. Have we seen the last of Laenor Velaryon?​

This question might linger long after the Season 1 finale, but Laenor’s faked death and furtive departure from Westeros are still fresh after Episode 7. We’re all for Laenor and Qarl living their best lives across the narrow sea, but could he at least call his mom?

Not that he hasn’t already — first by beating someone to a pulp at a royal wedding and then by pushing Lyman Beesbury so bodily into his chair that he got impaled on his eye and died — but we’ve got the sense over the last several episodes that Criston doesn’t let go of a grudge and is just waiting for the chance to let all his bitterness loose. Joke’s on him if he tries to pull any shit with Daemon…

7. Will Alicent and Rhaenyra ever reconcile?​ 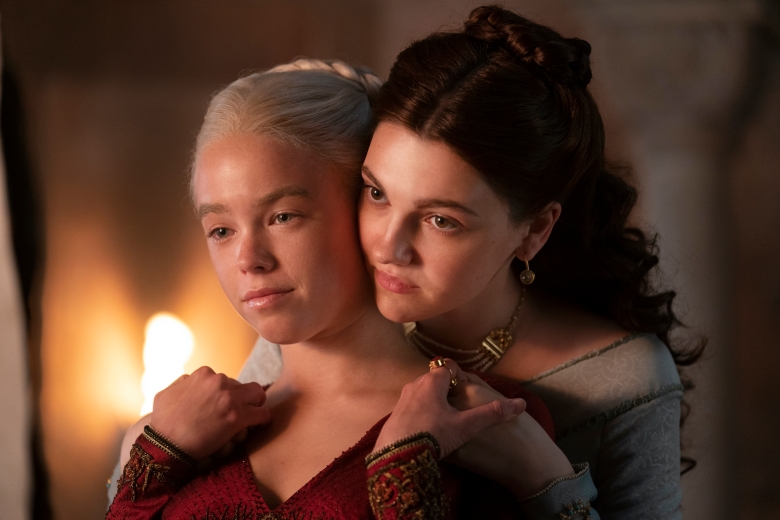 Young Rhaenyra (Milly Alcock) and Alicent (Emily Carey) in “House of the Dragon.”

It’s highly unlikely, but the former best friends did seem to reach some sort of understanding in Episode 8 — before Alicent misheard her husband’s dying words and the Greens decided to risk it all by putting Aegon on the Iron Throne. Rhaenyra will probably not take kindly to this, but recent episodes do suggest that the Dance’s enmity has been inherited by Alicent and Rhaenyra’s sons, while the two women find themselves more on the side of practicality and reason.

8. Where does the North stand?​

This might not be important or even answered, but we miss the rest of Westeros! A little check in with the Starks — er, their ancestors — would not be unwelcome.

9. Will the other shoe ever drop for Larys?​

Pardon the foot pun, but Larys is really out here having people burned alive in exchange for the Queen’s sweet sweet feet, and it does feel like something that even the House of Incest would find troubling. Other characters barely interact with Larys, and now that Aegon is officially king he has the power to fire mommy’s creepy lackey without ceremony. Aegon, add it to your first 100 days!

This one is a stretch, but it would — and will — save everyone a lot of trouble. Maybe the rest of his family will learn something from it! (They won’t.)

Staff Member
Moderator
after the stupidity of episode 9? who cares??
IDC to ask questions about garbage.
Last edited: Oct 21, 2022

She has dreams that show a gimps of the future. a “beast beneath the boards,” is probably two assassins that will murder one of her children Prince Jaehaerys.

Why would she be dead? She will even help with the murder of Prince Jaehaerys.


5. Have we seen the last of Laenor Velaryon?​

He will killed by the river lords that are loyal to Rheanyra.


7. Will Alicent and Rhaenyra ever reconcile?​

Not likely. But Alicent will survive the dance of the dragons.

The north swore to Rhaenyra. And the north never break an oath. But the are considered to be to remote to be of any use..


9. Will the other shoe ever drop for Larys?​

He will be executed by Cregan Stark.

Its clear that Rhaenyra is his successor. There is no need for a will.

news ‘House of the Dragon’: 7 Things We Want to See in Season 2

news George R.R. Martin: ‘I Was the Only One’ Who Wanted More Time Jumps in ‘House of the Dragon’