Hi guys, I have just quit my job to start filmmaking and renting out equipment full time. I will do weddings I think as well as I have a much better equipment package than 99% of others doing this. I have bought a Canon C100 mark ii and Canon 24-70 and 70-200mm f2.8 lenses, so I have high end professional camera and lenses. 5k imac for editing, 6 Neewer Led light so I have lighting covered, and I assume that I am sorted for professional Hollywood standard sound with these that I just bought. Will this give me the Hollywood sound? As I don't really want to spend more money just on sound when I have paid so much for my great camera and lenses. Rode NTG2, Rode Videomicro on camera, Rode boom, Tascam dr40, zoom h1 x8 and 8 mini mics, cables, deadcat, headphones. Am I okay to go with this? I assume so. Very happy to have a professional kit in camera, sound, lights and editing.
Sort by date Sort by votes

The NTG-2 from what I understand has very low pre-amps compared to all the others. I would go with another shotgun if you have the choice. Number one thing is, how are you going to manage all these items by yourself? Do you have a crew, or are you on your own?
Upvote 0 Downvote

Okay, Uncle Bob is going to get brutal here.

You ASSUME that this is good gear? That means you did not do sufficient research. It's probably all moot at this point, as you have already bought the gear, but the equipment you bought is low level prosumer stuff.

The NTG-2 is an okay shotgun mic, but, as with most self-powered mics, it has a low output level. "Hollywood" types use Schoeps (in the $2k to $4k range) and Sennheiser, Neuman & Sanken (in the $1k to $2.5k range) shotguns. At the entry/mid level professional level is Audio Technica, Sennheiser and upper level Rode shotguns ($750 to $1.5k).

The next thing that you need to consider is are you shooting primarily indoors or outdoors? If you are going to be shooting mostly indoors you should have considered getting a hypercardioid or supercardioid mic. This will reduce the "roomy" sound associated with using a shotgun mic indoors - if used properly, of course. A shotgun used indoors requires a fair amount of skill.

The Tascam DR series are decent prosumer recorders, but far from professional quality. They are aimed primarily at musicians and do not have the extras associated with production sound requirements. A "Hollywood" mixer/recorder would be something along the lines of Sound Devices, in the $800 to $8k range. Some folks are reporting decent results with the Zoom "F" series mixer/recorders, although the jury is out on long-term durability.

The Rode Videomicro is a decent on camera reference mic to be used for syncing purposes, but any on-camera mic is not going to give optimum pick-up.

And what are you doing with eight Zoom H1's and "mini" mics? I'm assuming that these are for micing up individuals. Do you really need to mic up eight people? You'll be looking at a syncing nightmare in audio post! Not to mention how are you going to monitor all of them? At the "Hollywood" level wireless systems with lavaliers are used and sent to a multitrack recorder.

You didn't even mention which boom-pole, cabling, dead cat and headphones you got, but I will assume that you cheaped out here as well.

Sorry to be so brutal about all of this, but you are looking at a boatload of trouble here.

I'll stop beating up on you now.

The sound bag I use for indie productions is $15k, and that’s the budget version.

If you want to make feature films, you’re wasting your money on any sound gear when you should instead spend it on hiring someone who knows what they’re doing with production sound, and has the gear needed to do the job.


Ryan Burton said:
As I don't really want to spend more money just on sound when I have paid so much for my great camera and lenses.
Click to expand...

Sound is literally half the finished product... half the picture... half the experience. So why would you not want to invest in that the same way you do your camera?

The other part to “Hollywood” sound is post-production. Production is focused on dialog first and foremost. Pretty much everything else happens in post with a very intentional sound design comprised of layers and layers of sound.

As a side note, don’t expect to “have lighting covered” with six Neewer LED panels. They’re cheap, break easily, aren’t very powerful, and they have a magenta shift on them that will drive you crazy with color correction In editing. You’ll be able to do some limited things with them (perhaps seated interviews and maybe some YouTube kitchen demos), but don’t expect to be able to light a feature with those.
Last edited: Oct 19, 2019
Upvote 0 Downvote
R

I only have £2000 left and I'm going to buy a B and C cam with that. Maybe add a rode videomic pro since that's a very good high end professional mic. Not paying £1000-£1,500 for a microphone! Or £1000+ for a recorder. Just a waste of money when I have this equipment to do the same job. Will get GH5 and Canon 5d mark iii used.
Upvote 0 Downvote

No, it's not a "very good high end professional mic", it's a consumer toy. Where are you getting your information?

Why do you need two more cameras?

And getting quality equipment is not a waste of money. Ten years from now a quality microphone will retain a very substantial portion of its resale value. I can still get 40% to 60% of the original purchase price for most of my mics, many of which are 10 to 30 years old and still sound great. Can you say the same for a camera? The same goes for a quality mixer/recorder. There are plenty of PSMs out there who are using 20 year old Sound Devices mixers that still sound terrific. How many DPs are still using 20 year old cameras? This is smart purchasing, not wasting money; a substantial ROI (Return On Investment). Ten years from now you can take most of the gear that you bought and toss it in the trash can. How is that a smart investment?

As AcousticAl pointed out, you are shortchanging HALF of your production values. What you should really be doing, if you really want to be a professional filmmaker, is not buy anything, but renting what you need on a per project basis. Can you name one prominent director who owns any gear? They rely on their department heads to procure the proper equipment for the project.

My specialty is audio post. I have a decent mic collection and the rest of my gear is very solid for a "budget" studio. When I need to go into the field to record sound effects I rent what I need. And guess what? It's always far better than a prosumer piece of gear I would have purchased. As a mentor taught me, "If you don't use it every day, you don't need to own it."

Just for fun, the Rode NTG-3, (which the professional production sound people refer to as "the poor mans Sennheiser MKH-416") is only $700. And the Sound Devices MixPre-3 is only $550. That's what I meant about doing your research. You can get quality entry level pro gear at very reasonable prices these days.

Sorry to be so brutal about this, but the entertainment industry is a brutal business.
Upvote 0 Downvote

Man, use what you got to do what you can for now. Learn, and gradually get better gear as you go. You'll figure it all out in no time.
Upvote 0 Downvote
R

I'm going to add the videomic Pro, to further enhance my great sound kit. Going to hire myself out for £500 per 8 hour day in sound. £500 per day in lights and £1000 per day camera op. Will put most of what I make toward my feature film and the rest as wage. I'm going to make a fortune with this.

Nothing wrong with a postie attitude.
Want a signature for fun or advertising?
indiePRO members can put text and a link here!
Upgrade Now!
Upvote 0 Downvote

Good luck. You're going to need it.
Upvote 0 Downvote

Staff Member
Admin
I feel like we're being trolled.
Want a signature for fun or advertising?
indiePRO members can put text and a link here!
Upgrade Now!
Upvote 0 Downvote
A

I had a similar thought.
Upvote 0 Downvote 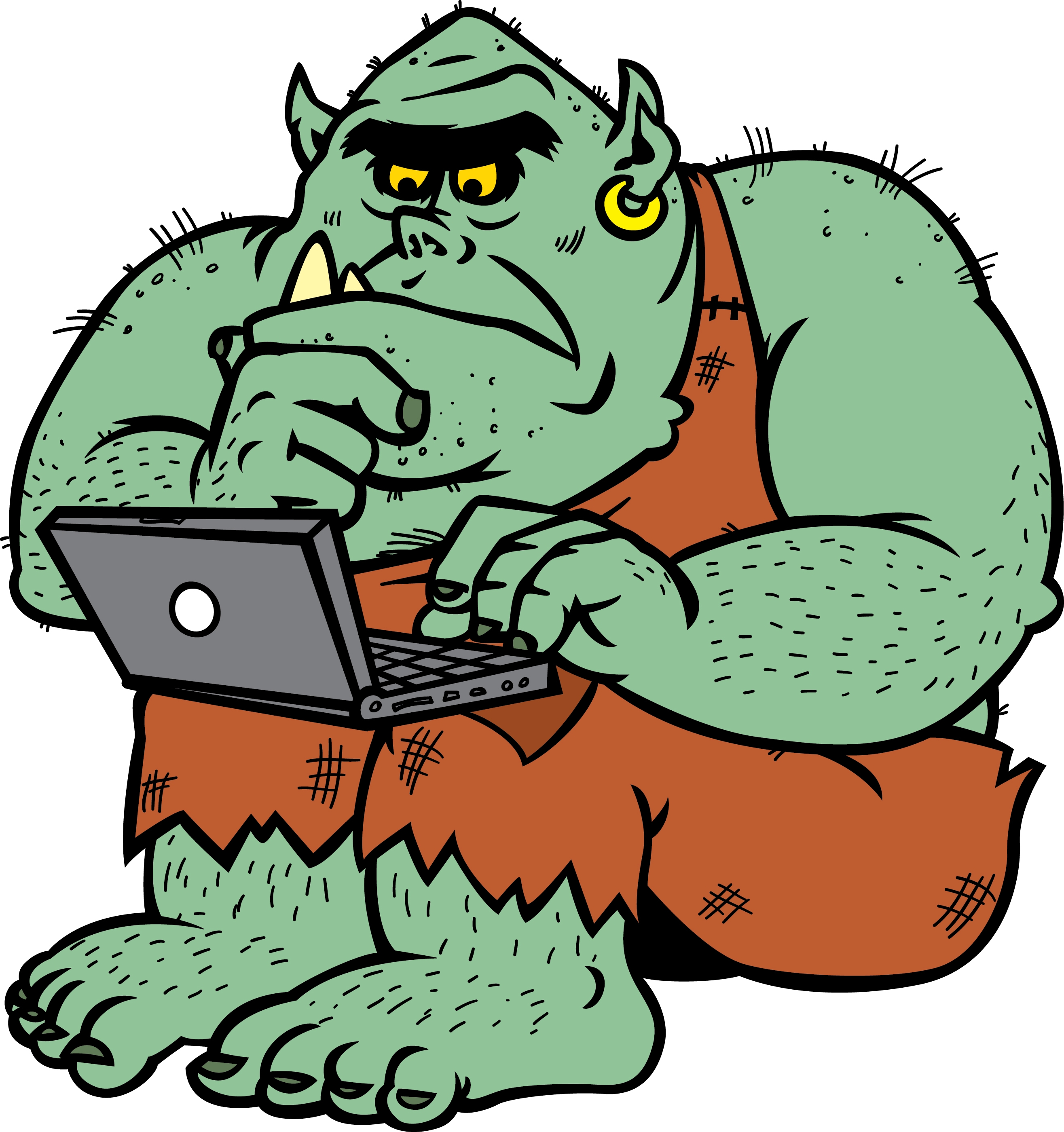 G
microphone Sound for short films - how to get it right?

microphone Set Me Up for Sound Success