Chicken Soup for the Soul Entertainment acquired Redbox in May for $50 million in stock and the assumption of $325 million in debt. The guy who signed off on the deal, Chicken Soup for the Soul CEO and owner Bill Rouhana, isn’t exactly high on the current state of Redbox’s DVD rental-kiosk business. Of the 36,000 Redbox kiosks in the U.S., Rouhana told IndieWire: “There’s absolutely nothing in them today that you’d want to watch.”

That’s pretty bold for a guy who just bought the phone-booth successor to Blockbuster Video, not that the 70-year-old Rouhana sees DVDs as the future of the Chicken Soup empire. Those kiosks are one product among many in his portfolio, which also houses the inspirational book series; Halcyon Studios (fka Sonar Entertainment); ad-supported streamers Chicken Soup For the Soul TV, Crackle, and Popcornflix; and a pet-food line (affordable but quality, Rouhana said). And you thought AMC Theatre’s gold-mining operation was out of left field.

“The reason Redbox had the problems that it had for the last couple of years strictly relates to Covid. They didn’t get any theatrical releases into the boxes,” he said. “So when you went to the box, there’s a lot of stuff you didn’t recognize. There’s stuff, but it wasn’t compelling stuff.”

Rouhana said that’s getting fixed and he sees “a great future for Redbox,” which remains a home-entertainment bargain in the face of rising streaming costs as long as (a) you’re willing to drive to one and (b) still have a DVD player. (Redbox says 90 percent of Americans live within a five-minute drive of a kiosk; the most popular boxes are outside dollar stores.) When “Jurassic World Dominion” came to kiosks this past weekend, it was $2.50; it’s currently $19.99 to purchase via download and unavailable for lower-priced rental. (It comes to Peacock subscribers September 2.)

Of course, the current state of media is much more digital than it is physical. Redbox also has an AVOD piece and while Rouhana admits he didn’t buy the business for that “nascent” offering, it could be boosted by Chicken Soup for the Soul Entertainment’s “far advanced” version. “By adding theirs to ours we could give it new distribution, we could give it more ads,” he said.

Redbox also came with a FAST (free, ad-supported streaming television) service, a business Rouhana doesn’t love but intends to build out anyway. All of this (and more!) now exists under a brand immediately associated with a faith-based book empire. We asked Rouhana if the name “Chicken Soup for the Soul” is confusing for consumers and makes the company overdue for a rebrand; he called his company “brand rich.”

He acknowledges that the name could be limiting, but “if things go in their best possible way, it would be the kind of evolution that Disney went through, from a children’s entertainment company to a company that owns Marvel and Star Wars and a whole bunch of other things that had nothing to do with children’s programming.” 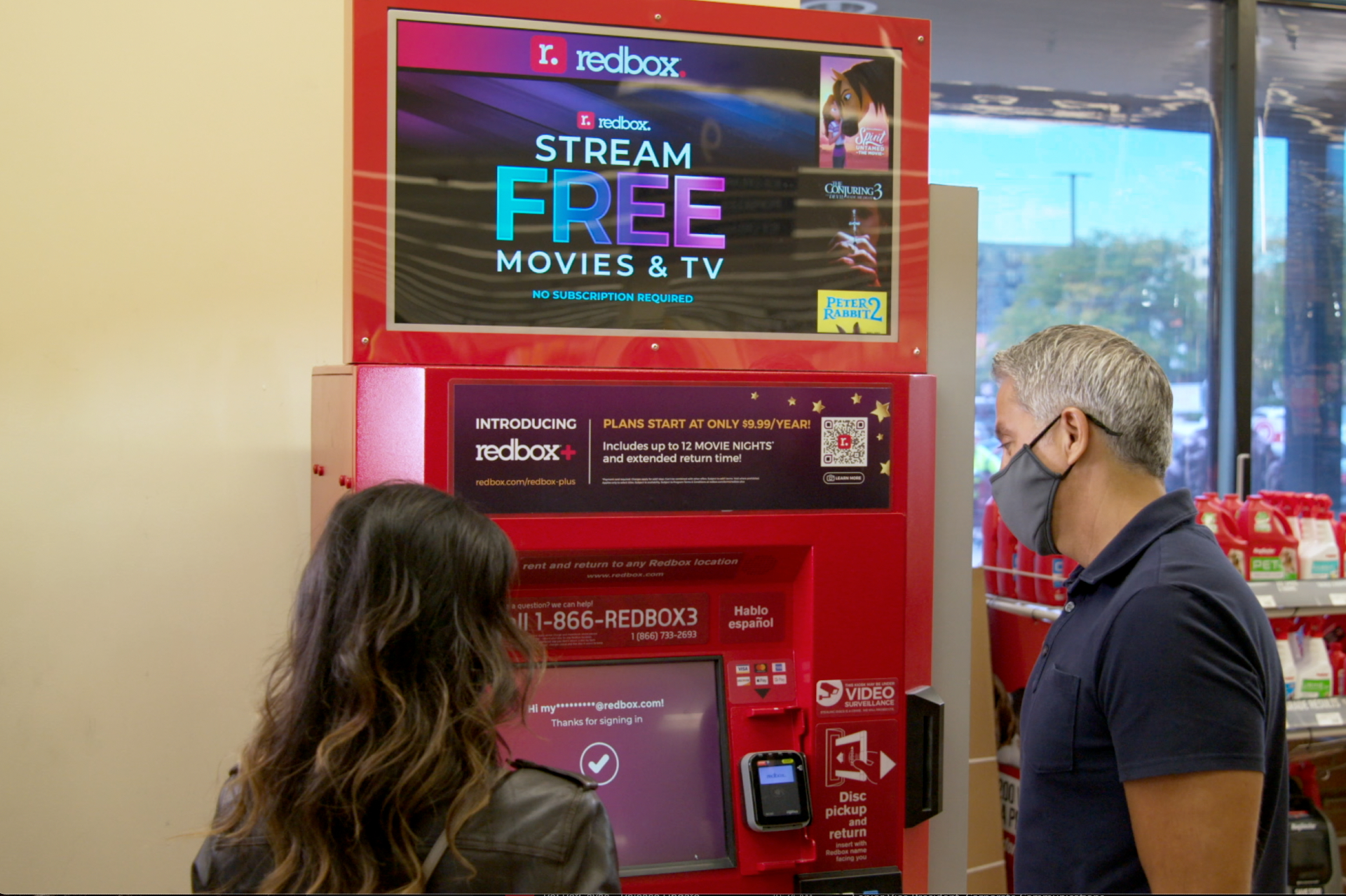 Chicken Soup for the Soul Entertainment

Rouhana has been the chief executive officer of Chicken Soup for the Soul since 2008, when he bought the company from the original authors of the “Chicken Soup for the Soul” book series. Clearly, it’s not just books anymore. Prior to the acquisition, the former entertainment and finance lawyer founded wireless broadband company Winstar Communications and online-content company Winstar New Media.

Like Disney+ these days, Chicken Soup for the Soul Entertainment sees its future in a robust AVOD business; the difference is Rouhana has been growing his for years. He began in 2017 with the acquisition of specialty film distributor Screen Media and continued with the 2019 purchase of Crackle (now Crackle Plus) from Sony. Last year, he acquired Sonar (now Halcyon; it’s been through a lot of names, including Hallmark Entertainment) and its library of 700 Lifetime and Hallmark movies that now serve as the backbone for the Chicken Soup for the Soul streaming service.

“The biggest asset of Crackle was its sales force,” Rouhana said, noting that it’s “very tough to create one” from scratch. (Disney has an ad sales team; Netflix elected to partner with Microsoft.)

A VOD guy through and through, Redbox brings a new acronym to Rouhana with TVOD, which stands for transactional video on demand. Redbox also provides valuable user data that can help create better VOD algorithms, which he said is key to AVOD beating out FAST like Pluto, Roku, and Freevee in the streaming wars.

Subscriber-based VOD, he believes, is a nonstarter. To him, the future isn’t all about content; it’s about content recommendation.

“Nobody is consistently good at making content,” he said.”We all know that. And money is not the answer. I can prove that by just pointing to Netflix, and going, ‘OK, you can spend $18 billion and $17 billion of it is probably wasted because it’s not great. I cannot get over how much money these guys have spent on content that they will never get back. Ever.”

Rouhana gave Netflix credit for being the only platform that, he said, currently has a good algorithm. The bigger whiff, even bigger than reckless spending, was the subscription streamers’ longstanding aversion to ads.

“The biggest mistake all the streamers made was discounting the historical fact that you need to monetize content in every way possible to have a sustainable business model,” he said. “Every one of these guys somehow thought the rules had changed… it’s just not possible to have a television business without advertising.”
Click to expand...

Brilliant. Of course covid is the reason people stopped using redbox. Why click the button on your remote, when you can drive downtown in the rain and rent a physical disk that requires an extra machine to play and has to be driven back the next day. Plus, answer me this, how are you supposed to process late charges on streaming rentals that auto return? Your not, right? These streaming services are so far behind this guy.
You must log in or register to reply here.

news Iger, The Great: With the Return of Hulu’s Hero, the Streamer Has New Options

news Documentary+ FAST Channel Gets a Tile on Amazon Freevee