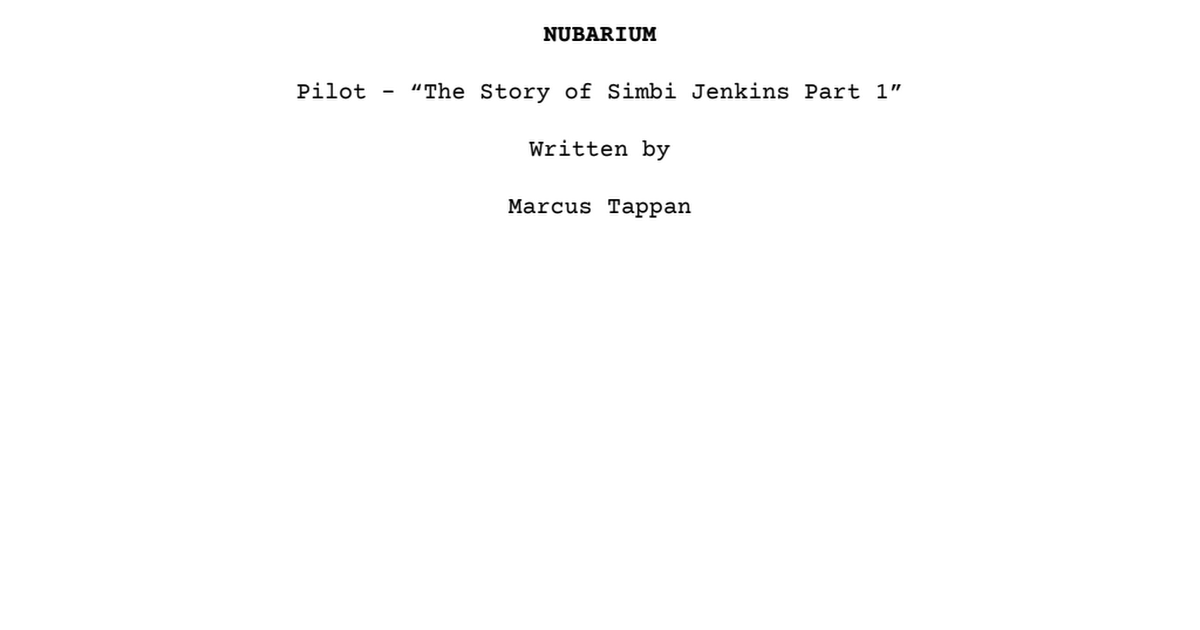 Title: NUBARIUM
Format: Pilot
Length: 33 Pages
Genres: Dark Comedy, Sci-Fi, Action, Animation
Logline (Work in Progress): Low on cash, two potheads in a colonized territory seek help from a mystic radical, obsessed with getting revenge on neo-capitalism and its culprits. -Feedback Concerns: Did you laugh? Would you read more?

Note: Howdy! Just finished my first script. Trying to get it into script contest shape ASAP. Would love some feedback so any thoughts or advice would mean a ton. Thanks in advance.

Also quick background on NUBARIUM, started off as a project I was animating on my own, but quickly got too daunting to take on independently. More than happy to link some sketches of the characters and a trailer if anyone is interested! I plan on writing season 1 as partially episodic, sectioned off by a couple of serials— this pilot episode being Part 1 of the serial saga.
Sort by date Sort by votes

I kinda like your logline. Those three characters can be quite interesting if you can make them unique, distinct from other movie potheads and revenge-obsessed outsiders.
Upvote 1 Downvote
M

ExpatTraveler2 said:
I kinda like your logline. Those three characters can be quite interesting if you can make them unique, distinct from other movie potheads and revenge-obsessed outsiders.
Click to expand...

Thank you so much for giving it a look!
Upvote 0 Downvote

I clicked on your link but Google was asking too many questions. Shouldn't be this hard to read someone's script.
Upvote 0 Downvote
You must log in or register to reply here.

news ‘Final Space’ Review: It’s Time to Catch Up on One of TV’s Animated Sci-Fi Treasures