When discussing representation, we emphasize the necessity of Black people living in this moment and seeing themselves onscreen. But in the past, Black audiences had a much stronger need to visualize a different, more prosperous future in the wake of the violent realities of Jim Crow, segregation, and the Civil Rights movement. They needed to see a world where Black people were allowed to meet their full potential as artists, thinkers, and craftspeople.

In the opening lines of the new documentary “Is That Black Enough for You?!?,” director Elvis Mitchell speaks of his grandmother, remarking that “movies changed the way she dreamed.” For people in her generation, those dreams could be life-changing.

But most of the faces she saw onscreen at the movies were white. For the Black cinephile in the early years of Hollywood, projecting oneself onto characters was necessary. And yet, there were filmmakers like Oscar Micheaux and, later, Spencer Williams Jr. telling stories with all-Black casts — these films were simply excluded from mainstream movie houses. Black film has always existed, even when Hollywood took great pains to ignore it. And though we have numerous Black filmmakers visibly working today, the full history of Black film has yet to become common knowledge, even to film scholars. We are now in a moment of education bolstered by newer documentaries like “Horror Noire: A History of Black Horror” and reevaluations of past Black film scholarship, such as the nonfiction films of Marlon Riggs.

An expansive piece of film criticism, “Is That Black Enough for You?!?” owes much to Riggs’ 1986 film “Ethnic Notions” and 1992’s “Color Adjustment,” which examines the ways Black people were depicted on television throughout history. Like those works, “Is That Black Enough for You?!?” functions as an educational film, provocative in image and subdued in tone. Mitchell’s film explores the depiction of Black characters onscreen from the birth of Hollywood through the Golden Age and their symbolic reintroduction during the artistically transformative 1970s. Despite the expansive nature of the film, Mitchell’s narration makes it all feel personal. The documentary flows freely from topic to topic, giving it a conversational quality.

With a large library of clips and inquisitive voiceover, Mitchell jumps back and forth in time, highlighting the independent Black films that paved the way for Blaxploitation. Notably, he lingers in the ’60s, exploring 1964’s “Nothing But a Man,” Sammy Davis Jr.’s 1966 star vehicle “A Man Called Adam,” 1968’s “Uptight,” Gordon Parks’ “The Learning Tree,” and William Greaves’ experimental film “Symbiopsychotaxiplasm: Take One.” While these films have been given a second life through repertory screenings and platforms like The Criterion Channel, mainstream audiences (like Netflix subscribers) still need to be informed of these hidden gems.

Talking head interviews from the likes of Laurence Fishburne, Whoopi Goldberg, Samuel L. Jackson, and filmmakers Charles Burnett and Mario Van Peebles give us a rare view into the movies and performances that would later influence their careers. Most notable of these interviewees is the legendary Harry Belafonte, who made a total of five films (three co-starring Dorothy Dandridge) before taking a decade-long break from acting. In that time, Sidney Poitier rose to mainstream stardom, becoming the first Black box-office success. Though Poitier brought power and dignity to his most iconic roles, he was appearing in films surrounded by white people, burdened by a white perspective of the world. 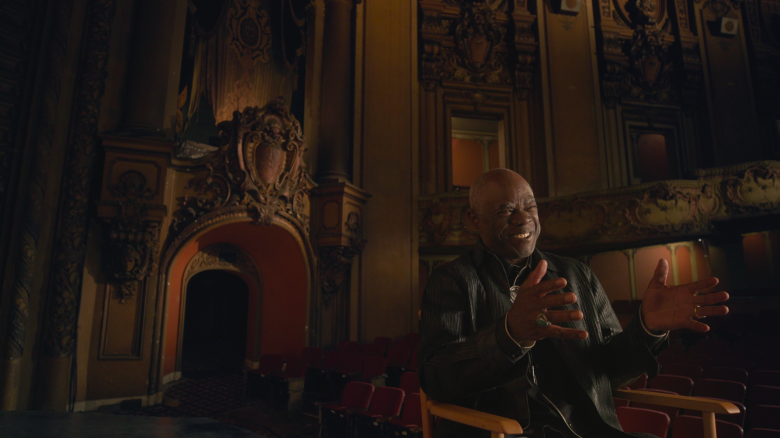 While the ’60s only had one Black movie star, the ’70s brought dozens. Mitchell describes Blaxploitation as the formal entrance of Blackness into the mainstream, coinciding with the rise of funk, soul and Black Power. As with Questlove’s Academy Award-winning documentary “Summer of Soul,” “Is That Black Enough for You?!?” emphasizes how the pain of losing Dr. Martin Luther King and Malcolm X led to a cultural turning point that saw Black artists asserting their power and pride. While Black icons of yesterday like Dorothy Dandridge, Paul Robeson and Ivan Dixon never got the roles they deserved, stars like Diana Ross, Pam Grier, Billy Dee Williams and Diahann Carroll were able to enter and remain in the spotlight throughout the decade and beyond.

Mitchell contextualizes this rise in Black heroic figures as partially a result of changes in the “New Hollywood” of the 1970s, which trafficked in white, disillusioned anti-heroes. The film doesn’t spend much time wading into the details of this shift, instead focusing on the rise of Black heroism, something entirely new to cinemas. While their white colleagues were starring in films like “Taxi Driver” and “Dirty Harry,” languishing in societal decay, Black actors began playing characters that fought to defend themselves and their communities from an uncaring white world. And they did it with joy and glamour, with music emphasizing their beauty, sexual prowess and swagger.

The growing popularity of movie soundtracks is one of the most fascinating and impactful results of the Blaxploitation era. Film scores — such as Curtis Mayfield’s legendary work for “Super Fly” — were released before the films to drum up excitement. These records became hits along with the films, giving the era of Black cool its own distinctive sound. But, as with most things popularized by Black artists, white Hollywood eventually took the idea and ran with it in the ’80s, coinciding with the return of more traditional white narratives.

There’s enough material in “Is That Black Enough for You?!?” to populate several films and even a docuseries. The film seems to stop not because Mitchell ran out of things to say, but because of how much more there is to say. There is no containing history within a running time. All nonfiction filmmakers can do is provide a framework for further study, both historical and emotional. What would it mean for more young Black artists to see their lineage onscreen, knowing that they are not the first and being delighted by that information? How would that change the way we frame the necessity for representation?

Movies expand what we believe in our minds to be possible. Once we know fully where we’ve been, we’ll have a much better idea of where to go next.

Netflix will release “Is That Black Enough for You?!?” in select theaters on Friday, October 28, with a streaming rollout to follow on Friday, November 11.
Click to expand...

What I don't understand is why black film makers almost always paint a picture of themselves that enforces the very image they decry from white film makers... I wish someone could explain this to me.

Staff Member
Moderator
You must log in or register to reply here.