event If anyone's wandering the Old World in the next couple of months ...

Not directly related to film-making (or writing, or directing, or ... ) but a potential source of inspiration, or at the very least a cheap holiday!

Now that Covid is off the menu, the coming months in France (and adjacent continental European countries) see the return of a series of annual music and dance festivals, and in one of which (Le Son Continu) I have a management role. In contrast to most of the Big Name music festivals, these are all very much "participative" where the performers are as likely to be sitting next to you in the audience for someone else's act, or asking you to dance if they're not on stage.

Most of the action takes place well after dark (at "my" festival, the first programmed dance starts at midnight

) but the daylight hours are frequently used to turn vague notions and crazy ideas into new tunes, new groups, new dances. At one evening meal shared by the group of volunteers under my stewardship, we came up with a near-complete story outline for an actress who'd joined us that year and desperately needed a script for her one-woman show the following week!

Anyhow, while all of these festivals need a paying public to cover their costs, they also need teams of volunteers to keep those same costs to a minimum. I like to encourage people who are unfamiliar with this particular aspect of European culture to experience it from "the inside" so offer an added value pack of board and lodging over and above what the festival organisers provide. If that appeals to you, and you happen to be in France this July (specifically 13th - 18th for LSC-2022) let me know.

This video is not from our festival, but is one of the best I've seen for how it captures that "after dark" ambiance. It also very cleverly includes clips of about ten different dances, neatly synchronised to a single piece of music. I'll be dancing to this group at yet another festival in three weeks' time.

CelticRambler said:
Now that Covid is off the menu
Click to expand...

What does that mean, off the menu? 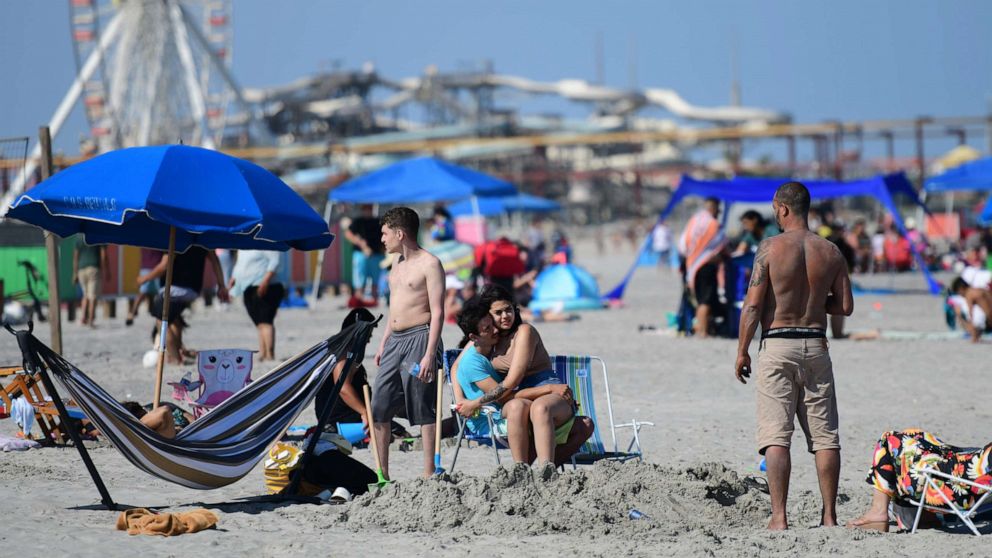 This week also marks the eighth consecutive week of increasing COVID-19 cases in the U.S.

My whole family has covid right now, all cause my cousin went out to a bar to celebrate graduating college.
I dodged it somehow.
Last edited: Jun 1, 2022

sfoster said:
What does that mean, off the menu?
Click to expand...

I have several friends who are quite sick with it as well, including one who has lost her senses of taste & smell. I'm still being very careful because I don't want to get my 88 y.o. mom sick (it's not likely she'd survive it).

But most people are choosing to ignore it because they're tired of it - that's what "off the menu" means to me.
www.maralesemann.com
C

Perhaps I've absorbed too much of the native culture, allowing even my sarcasm to be hidden behind a culinary metaphor ...

But essentially yes, on this side of the Atlantic, almost everyone who did "everything right" - masks, social distancing, lockdown bubbles, triple vaccinations, work-from-home, etc - has tested positive anyway, sooner or later (or never been affected, no matter what) so there's been a collective decision to get back doing things the way they used to be done.

Except for working crappy jobs for crappy wages.

But this post concerns a great job, for no wages at all, and the opportunity to test-and-isolate afterwards, if required.

I listened to this music --- what a strange sound.

sfoster said:
I listened to this music --- what a strange sound.
Click to expand...

Indeed! That's what happens when you put a bunch of traditional musicians together in a field and encourage them to experiment with their favourite tunes!

It might not sound like it but what you've listened to is the natural evolution of the same Irish/Scottish music that went west and became Appalachian/Bluegrass (which we occasionally have come back to our festival too).

For more strangeness, have a look at/listen to this short clip - probably not at all what you'd think of if someone mentioned "French music" to you, but it is the most traditional French music. The clichéd accordion soundtrack to so many French movie scenes is essentially limited to Paris and wanabee Parisians - nothing to do with France !