news ‘House of the Dragon’: 7 Things We Want to See in Season 2

The dust and dragon scales have barely settled on “House of the Dragon” Season 1, but fans are already clamoring for Season 2 while staring down their first free Sunday night in months. HBO’s “Game of Thrones” prequel is already renewed for a second season, but how exactly will the war amid House Targaryen play out? Who will live? Who will die? Will viewers ever see a baby dragon?

Here’s everything we hope to see in “House of the Dragon” Season 2. 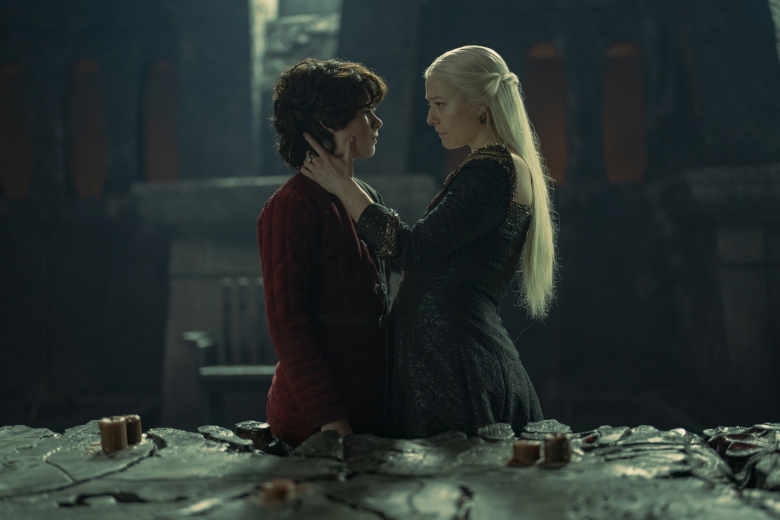 Sweet, strong (sorry) Lucerys Velaryon died horribly and too young, a pawn in the war against his mother and an indescribable loss for her. His is the first major death in the war and the series and will undoubtedly lead to massive repercussions for both sides. The Blacks may come for Aemond directly, or for Vhagar, or for the entirety of Aegon’s family as they avenge the boy who would have sat the driftwood throne. As things currently stand, it’s hard to blame them.

The show isn’t called “House of the Dragon” for nothing, as the final episodes of Season 1 in particular proved. In the Season 1 finale, Daemon rattles off the names of all his side’s dragons: Syrax, Ceraxes, Arrax, Meleys, Tyraxes, Moondancer, the unclaimed Vermithor and Silverwing, and mentions three wild dragons that could also yield to riders. Arrax is no more, but we haven’t seen half of the dragons he brings up, or seen Syrax, Ceraxes, and Meleys do more than screech and intimidate. It’ll probably take all of them to hold up against Vhagar, so let’s get the gang together, shall we? And since the Targaryen children keep being gifted dragon eggs, please — show the audience a baby dragon. We deserve something nice!

Some of the major changes to George R.R. Martin’s “Fire & Blood” so far present intriguing possibilities for “House of the Dragon.” Laenor Velaryon (John MacMillan) is not dead, but alive across the narrow sea; if his parents find out he’s alive it would cement and amplify their allegiance to Rhaenyra, sympathizing her in their eyes as a true ally and not simply Viserys’ named heir and their grandchildren’s stepmother. Rhaenys’ dramatic flight from King’s Landing was new to the series and remains a point of tension, already raised by Daemon when he says she could have killed all the Greens and ended the war then and there. With Lucerys dead, that choice hangs heavily over the Blacks, and will only gain significance with each new battle and body in this war. Aemond’s remorse at killing his nephew, however fleeting, is a new addition that could be another seed for the story — combined with his distaste for Aegon, he might be positioned for redemption or a change of heart before the dance is done. 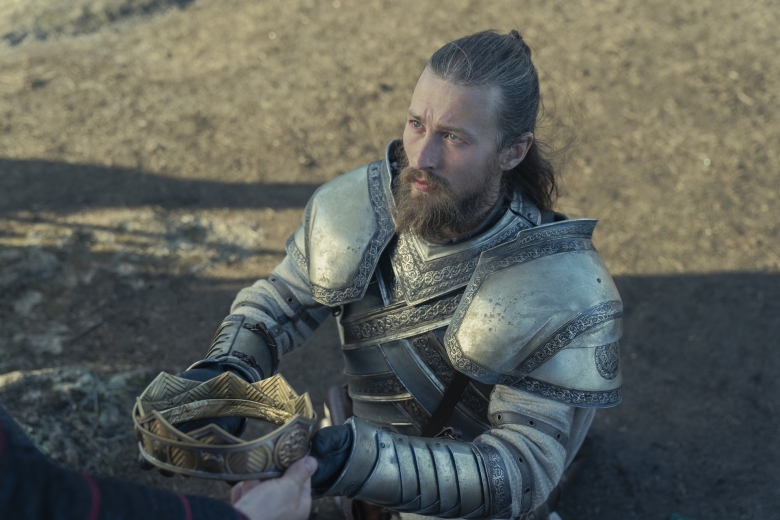 Elliott Tittensor in “House of the Dragon”

The last we saw of them, Erryk (Elliott Tittensor) and Arryk Cargyll (Luke Tittensor) were fighting on opposite sides in the Dance of Dragons, after searching for Prince Aegon together in King’s Landing and eventually coming to different decisions about who they want to see on the Iron Throne. “Fire & Blood” claims that songs were written about an emotional goodbye between the brothers at Dragonstone, because the next time they meet will be as enemies in battle, each tasked with killing the other.

“House of the Dragon” Season 1 comes in at a total of four graphic childbirth sequences, two resulting in the death of the mother and two the death of the baby. Part of this is simply the Season 1 pacing and timeline, which covers 20 years and multiple generations of Targaryens entering the world, but the explicit and jarring visualization of these moments has been relentless. If the House of the Dragon continues to grow in Season 2, audiences don’t necessarily need to witness every new addition as it arrives.

Ahead of the Season 1 finale, IndieWire posed the question of how Westeros’ Northern houses would align themselves in the war. Borros Baratheon (Roger Evans) made his allegiance clear by accepting Aemond’s hand for one of his daughters and rudely rebuffing Lucerys, but houses Arryn, Tully, and Stark were all mentioned and not seen in the finale. We know this isn’t the North’s show — it’s not called “House of the Wolf” — but won’t refuse a little Cregan Stark cameo if there’s time for it.

In “Game of Thrones” and “A Song of Ice and Fire,” a character states that when a Targaryen is born, the gods flip a coin; on one side there is greatness, and the other madness. King Viserys (Paddy Considine) was certainly more on the side of greatness, ordinary at the worst of times but never notably irrational or cruel — which means the madness lies ahead. Milly Alcock, who played young Rhaenyra, already alluded to the fact that both sides of the coin will interact and vie for the throne, but will it be as straightforward as each side in the war embodying one of these qualities? Aegon is still relatively unknown to audiences, while losing two children in the Season 1 finale would certainly give Rhaenyra cause to lose a little control. This coin might be more complex than either side wants to admit.
Click to expand...

indienews said:
Here’s everything we hope to see in “House of the Dragon” Season 2.
Click to expand...

news George R.R. Martin: ‘I Was the Only One’ Who Wanted More Time Jumps in ‘House of the Dragon’