It's not a riddle, guys. It's not a scientific quandary. It's a figure of speech.


MetalRenard said:
This is sarcasm too, right? Cinema was invented by Les Frères Lumières, two French brothers in the 1890's.
>.>
Click to expand...

Pffft! That's like saying Germans invented the bacon cheeseburger. We're the ones that put their paltry hamburger on a bun, topped it with melted cheese, crispy bacon, lettuce, tomato, onion, and mayonnaise. Not the same thing.

So a couple of Frenchies invented the technology that made cinema possible. That's cool and all, but I said Americans invented the ART of cinema.

This is a tremendous technological innovation, but it's a stretch to call it art:

And would y'all stop talking about how "dumb" people are? Any one of you who thinks you're so much smarter than anyone else wouldn't survive a month in the wilderness, on your own. Humans are a social species, much more so than any other. We depend on each other for our very survival, and if there were any weak links in the chain, we wouldn't be here. Even the people that you think are "dumb" are a lot more adept than you give them credit for. Furthermore, a lot of what some people call "dumb" is actually nothing more than taste. Just cuz someone don't like the same things as you, that don't make them dumb.

Cracker Funk said:
Any one of you who thinks you're so much smarter than anyone else wouldn't survive a month in the wilderness, on your own... Just cuz someone don't like the same things as you, that don't make them dumb.
Click to expand...

Actually... I think I might make a pretty good go at a post apocalyptic pre-industrialized hunter-gatherer lifestyle.
If the AC/cable/cell coverage goes out most people complain endlessly.
The only things of modern life I'd miss are clean water and immunizations.
I would feel bad for the high infant mortality, though.

Shared interests are not germane to the classification of "stupid".
Having a functional awareness of the world around self is insufficient to rise above the classification of "stupid". That's just par.
Knowing how to use a phone and knowing how to build a phone are not the same.
Most people know only how to use a phone. They are functional. They remain stupid.

Know why old cartography maps had dragons and sea serpents on them? 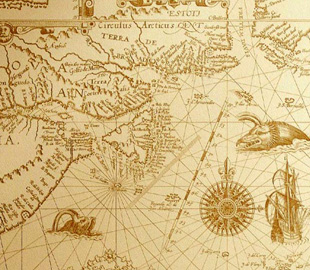 http://homecooking.about.com/od/foodhistory/a/tomatohistory.htm
"The botanist mistakenly took the tomato for the wolfpeach referred to by Galen in his third century writings, ie., poison in a palatable package which was used to destroy wolves. "

When you see a commercial for a hormone release birth control product which includes the FDA required "This product does not prevent the transmission of HIV, or other sexually transmitted diseases" I want you to say "People are sure smart."

When people express that America should reduce our dependence on foreign oil ask them if it's better to consume all of your own food first or the food of everyone else's first.

Regarding chickens and eggs, I'm going to have to side with trueindie on this one, based on semantics. We all (or at least all who accept that chickens came about as a result of evolution) accept that the first chicken came from an egg laid by a proto-chicken. So the question is, do you define an egg from what it came out of or what it contains?
http://dictionary.reference.com/browse/egg?s=t

the roundish reproductive body produced by the female of certain animals
Click to expand...

Produced by, not containing. So proto-chicken lays a PC-egg, but it contains a chicken. Second source: http://oxforddictionaries.com/definition/american_english/egg?region=us&q=egg

an oval or round object laid by a female bird, reptile, fish, or invertebrate, usually containing a developing embryo.
Click to expand...

(with the biology subheading specifying that it can mean any female reproductive cell)
Pointing out that an egg doesn't even need to contain an embryo to still be an egg. So if the contents of the egg are irrelevant to it's definition, a PC-egg could contain, a PC, a chicken, a dragon or marmalade and it would still be a PC-egg. But the first chicken definitely lays chicken eggs.

It is a figure of speech, Cracker Funk, but that doesn't mean you can't use it as a thought exercise (logic, biology, semantics, etc). There is nothing so meaningless that you can't think about it! It's fun, and keeps the mind sharp! Also, I don't think anyone here is saying someone's taste is "dumb" (you know I wouldn't, and I think most people around here wouldn't), but willful ignorance...when you can learn something, are given the tools and opportunity, but choose not to, that frustrates me. I do try to give people the benefit of the doubt, and I don't think I'm "better" than anyone (hell, I'm of middling intelligence at best). I think that people choose to react rather than think most of the time because it's easier and they're lazy (in many ways I am too). I WANT people to think about things. I want people to get over anti-intellectualism.