Portraying a musical icon is just the next step in an evolving way to showcase triple-threat talent. Jamie Foxx took home the Best Actor Oscar for his transformation into Ray Charles for the 2004 film “Ray.” Joaquin Phoenix showed a new facet to his talent as Johnny Cash in “Walk the Line.” Marion Cotillard burst onto the international scene (and won a Best Actress Oscar) as Edith Piaf in “La Vie En Rose,” and more recently Rami Malek and Taron Egerton picked up accolades and awards as Queen frontman Freddie Mercury and Elton John, respectively.

Even Hulu Original series “Pam & Tommy” revitalized the mythology of Mötley Crüe frontman Tommy Lee for a limited series about the infamous leaked sex tape with his wife, “Baywatch” icon Pamela Anderson. But that’s not the only life story 2022 has in store for audiences. Keep track of all the announced films and series based on real-life musicians below. 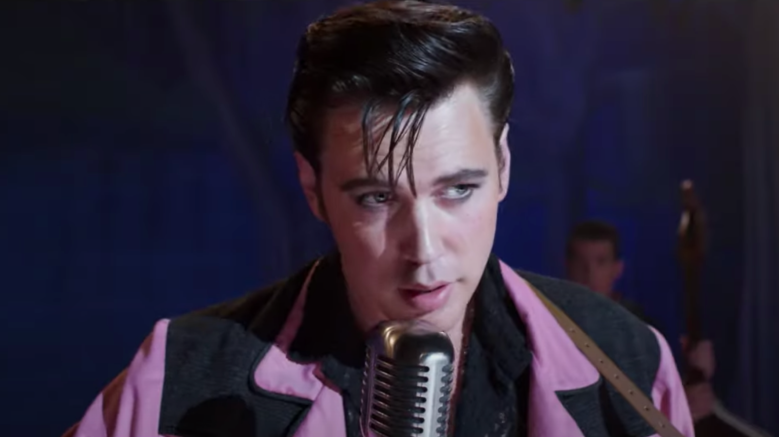 Former Disney star Austin Butler, hot off of his ’60s turn as a Manson murderer in Quentin Tarantino’s “Once Upon a Time…in Hollywood,” is now playing the King of Rock, Elvis Presley. Directed by Baz Luhrmann, “Elvis” will premiere out of competition at the 2022 Cannes Film Festival and hit theaters on June 24.

Per an official synopsis, “Elvis” will explore the life and music of Elvis Presley (Butler), seen through the prism of his complicated relationship with his enigmatic manager, Colonel Tom Parker (Hanks). The story delves into the complex dynamic between Presley and Parker spanning over 20 years, from Presley’s rise to fame to his unprecedented stardom, against the backdrop of the evolving cultural landscape and loss of innocence in America. Central to that journey is one of the most significant and influential people in Elvis’s life, Priscilla Presley (DeJonge). 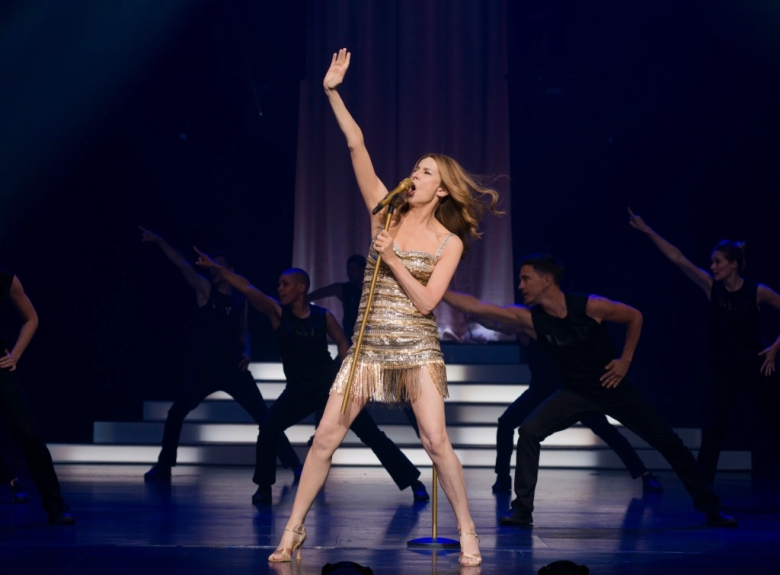 French-Canadian drama “Aline,” directed by Valérie Lemercier, reimagines Céline Dion’s life through the fictionalized lens of pop star “Aline Dieu.” Director Lemercier stars as Aline while the film charts her childhood to middle age. The character’s songs are performed by French singer Victoria Sio. “Aline” premiered at Cannes 2021, and Dion’s family spoke out against the film, citing factual inaccuracies. However, “Aline” was reportedly approved by Dion’s manager and Lemercier claimed Dion’s son René-Charles has reached out to her for a private viewing of the film.

“Everybody assumed I was going to make a parody, but that was never my plan,” Lemercier told The New York Times of the film, which is premiering in the U.S. on April 8. “I wanted to be sincere, to do an open love letter.” 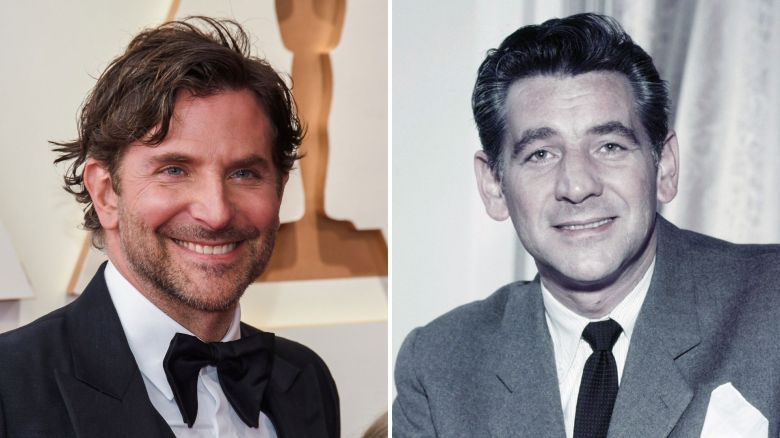 “A Star Is Born” Academy Award nominee Bradley Cooper is tapping back into his musical side to co-write, direct, and star in the Leonard Bernstein biopic “Maestro.” Steven Spielberg was originally set to direct the film but handed the reins over to Cooper after watching “A Star Is Born.” Cooper revealed on “The Late Show with Stephen Colbert” that he spent “hundreds of hours” practicing how to be a conductor as a kid, and that Bernstein was a childhood hero of his. Carey Mulligan, Jeremy Strong, and Maya Hawke also star in the film, which is set to be released by Netflix in 2022. “Joker” producers Martin Scorsese and Todd Phillips, as well as Spielberg, are slated to produce the film. 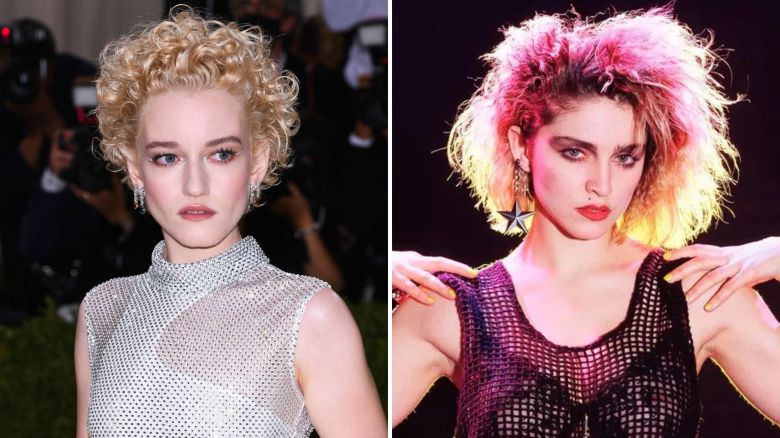 Madonna is directing her own life story for the big screen with a script co-written by Erin Cressida Wilson. The “Like a Virgin” icon reportedly has selected a group of actresses, including Oscar nominee Florence Pugh, “Inventing Anna” star Julia Garner, “Euphoria” scene-stealer Alexa Demie, “Mothering Sunday” breakout Odessa Young, and “Mayor of Kingstown” alum Emma Laird, to undergo a “grueling” audition process to play Madonna. 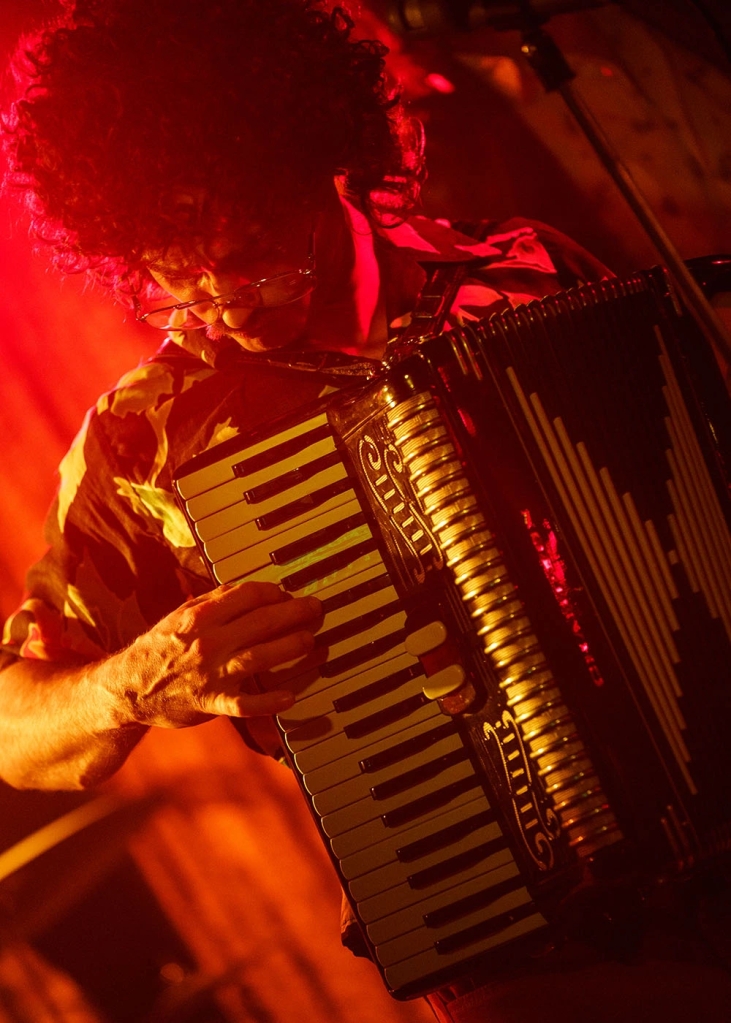 “Wearing the Hawaiian shirt is a huge responsibility that I don’t take lightly,” Radcliffe said about taking on the role. “I’m honored to finally share with the world the absolutely 100-percent unassailably true story of Weird Al’s depraved and scandalous life.”

Produced by Funny or Die and Tango, “Weird” began filming in February 2022 with a script by Yankovic and Eric Appel, who also directs and executive produces.

The official description for the film promises that the biopic “holds nothing back, exploring every facet of Yankovic’s life, from his meteoric rise to fame with early hits like ‘Eat It’ and ‘Like a Surgeon’ to his torrid celebrity love affairs and famously depraved lifestyle.” 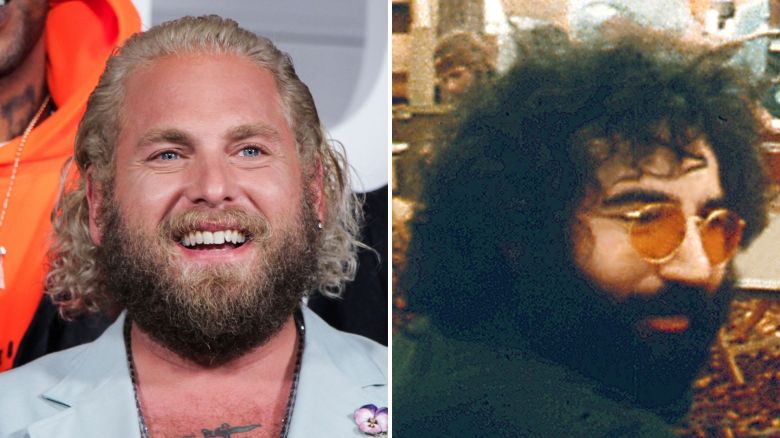 The Bay Area band rose to fame in the 1960s, and Garcia died of a heart attack in a residential drug-treatment facility at the age of 53 in 1995. Scorsese previously directed Dead doc “Long Strange Trip” in 2017.

Kristin Chenoweth May Play Dolly Parton in an Untitled Biopic​ 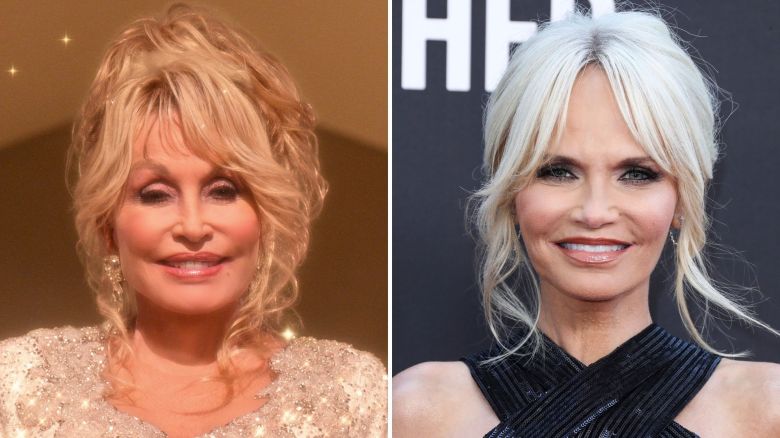 The “9 to 5” Grammy winner is reportedly in talks to turn her 66-plus year career into a musical feature film.

“I do intend someday to be on Broadway, but I’m thinking now that I might do my life story as a feature,” Dolly Parton explained on Mr. Nashville Talks. “Maybe possibly even a musical feature, so we’re in talks about that.”

The actress-singer told Southern Living in 2021 that she would ideally have “a little Dolly and a middle Dolly and then the older one,” with three different actresses playing her at different stages of her life and career. And Kristin Chenoweth is at the top of Parton’s list: “She’s just absolutely fantastic,” Parton added.

She continued that Jim Carrey would be a “great” Porter Wagoner, citing the inclusion of her one-time musical partner. That is, if Carrey doesn’t retire from acting before starting production on the biopic.

Billy Joel’s Life Will Be at the Center of “Piano Man”…Without His Cooperation (or Music?)​ 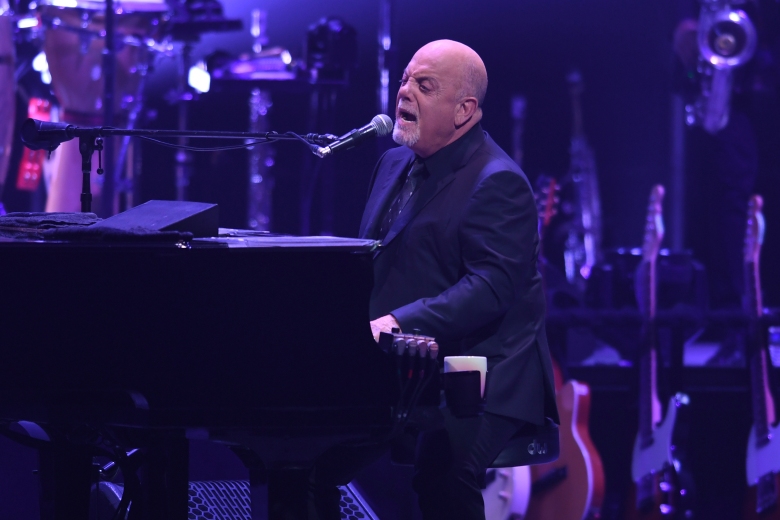 Variety reported that a Billy Joel biopic titled “Piano Man” is in the works at Michael Jai White’s Jaigantic Studios. However, Joel is not involved in the project and no rights to his music, name, likeness, or life story will be granted.

So what’s a biopic without the bio? Writer-director Adam Ripp is basing the feature film on Joel’s early years, especially being discovered by Irwin Mazur, who managed Joel’s teenage band The Hassles. The film will also include Joel’s breakout performance in 1972, which drew the attention of producer Clive Davis.

Jaigantic Studios acquired the life rights to Mazur, who was Joel’s music rep from 1970 to 1972. Mazur’s father owned the Long Island club where Joel got his start with The Hassles in 1966. The music needs for the film are “yet to be determined,” per the producers, including Mazur. 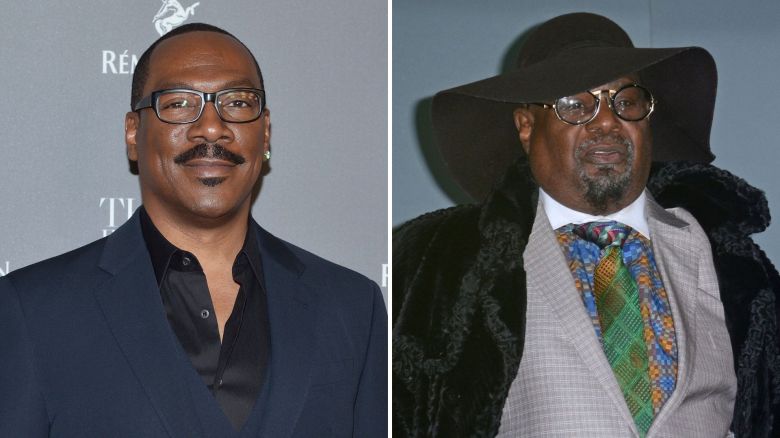 Eddie Murphy is in early talks to play Godfather of Funk George Clinton. Producer and star Murphy is securing rights with the Grammy Lifetime Achievement Award winner before moving forward with the project as part of a three-picture deal with Amazon Prime Video.

The film, if greenlit, will tell the story of Clinton’s North Carolina upbringing in the 1940s to forming bands Parliament and Funkadelic. Murphy also reunites with “Dolemite Is My Name” and “Coming 2 America” producer John Davis for the biopic. 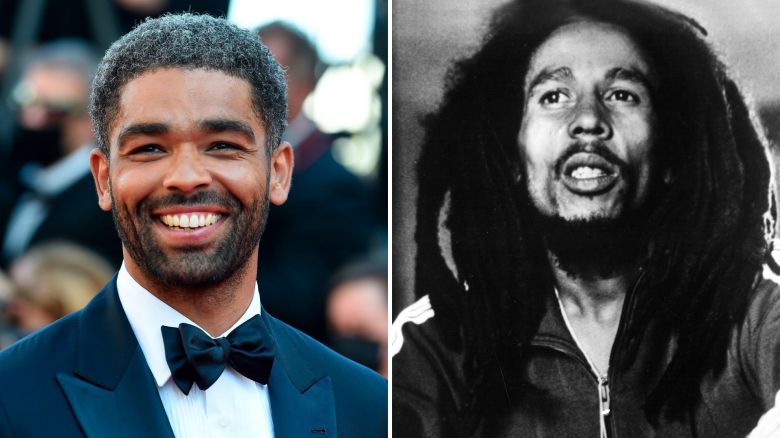 Ziggy Marley, Rita Marley, and Cedella Marley will produce on behalf of Tuff Gong. Robert Teitel will also produce the feature that will focus on the life and career of the pioneering musician who died of cancer at age 36 in 1981.

J.J. Abrams Is Producing a U2 Netflix Series​ 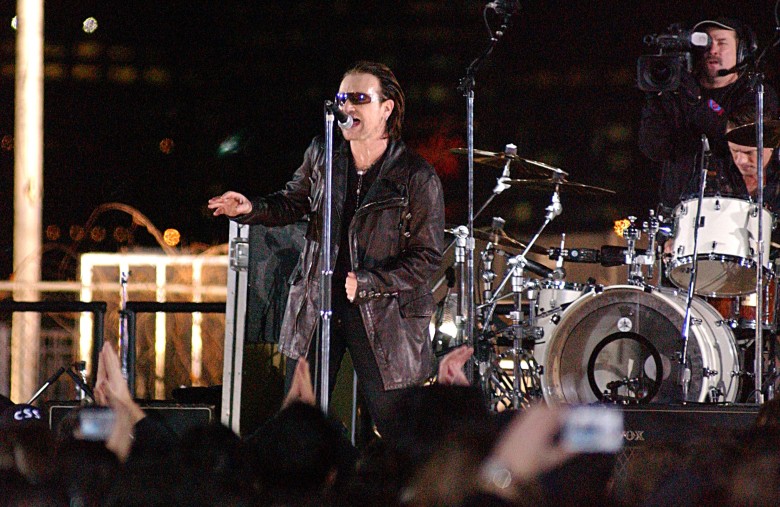 J.J. Abrams and his Bad Robot Productions company are set to develop a scripted series about U2 for Netflix. The yet-untitled series will be written by “Bohemian Rhapsody” scribe Anthony McCarten.

Sources noted that U2 is expected to be involved and sanction the project, which also hails from Warner Bros. Television. 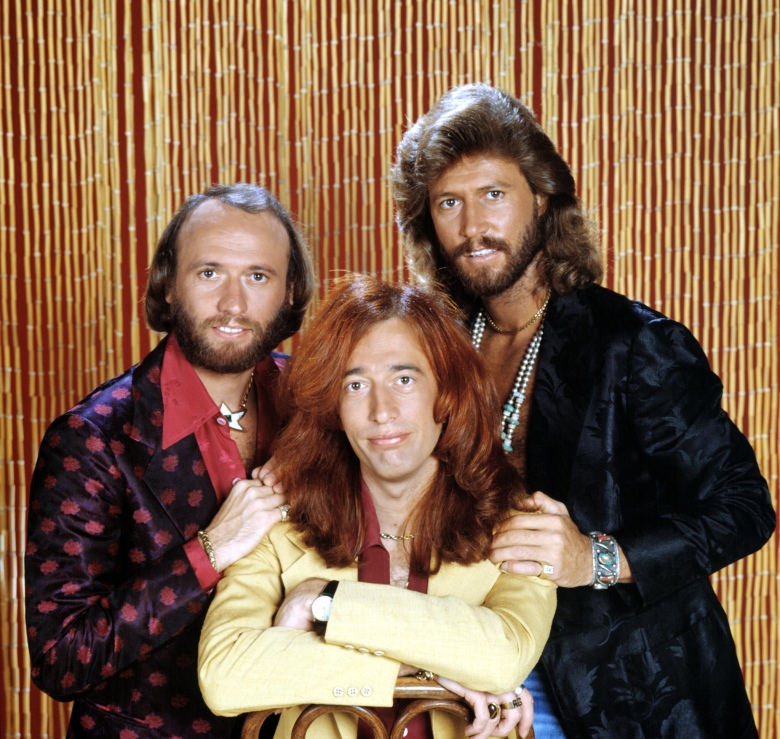 Barry, Robin, and Maurice Gibb behind The Bee Gees are hitting the big screen in a biopic directed by “Once” and “Sing Street” musical director John Carney. The untitled Bee Gees film for Paramount Pictures will be written by John Logan. “Belfast” Oscar winner Kenneth Branagh was originally slated to direct but dropped out due to scheduling conflicts. Carney was previously behind Amazon Studios’ series “Modern Love,” based on the New York Times column of the same name.

While there is no casting news yet, Barry Gibb is “very involved” in the narrative feature and will serve as an executive producer, as Deadline reported. 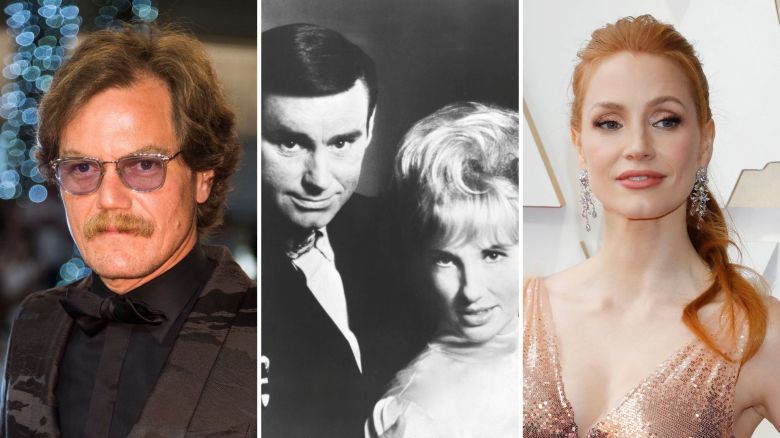 Upcoming limited series “George and Tammy” stars Oscar winner Jessica Chastain in another titular Tammy role as country musician Tammy Wynette, alongside husband George Jones, played by Michael Shannon. “The Eyes of Tammy Faye” writer Abe Sylvia is behind the limited series, based on the book “The Three of Us: Growing Up with Tammy and George” written by the couple’s daughter, Georgette Jones. Kelly McCormack, Katy Mixon, and Steve Zahn also star.

“George and Tammy” will premiere on Spectrum with a nine-month exclusive run before debuting on Paramount+. 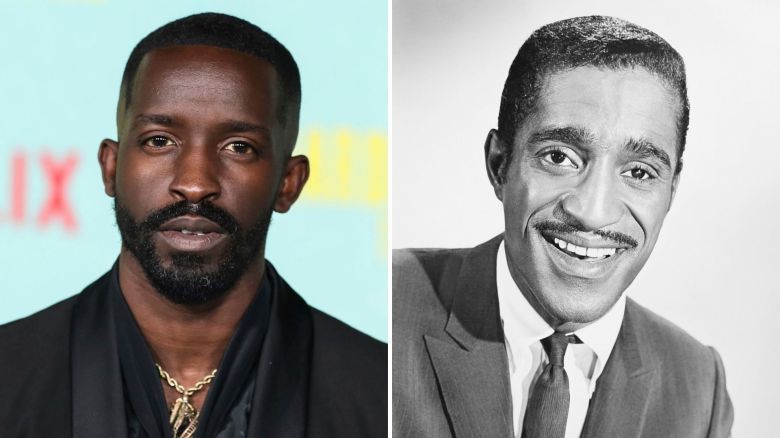 “Hairspray” and “Star” scene-stealer Elijah Kelley is set to star as Sammy Davis Jr. for an eight-episode limited Hulu series helmed by Lee Daniels. The untitled series is based on Wil Haygood’s book, “In Black and White: The Life of Sammy Davis Jr.,” and is slated to chart Davis’ childhood stardom to Rat Packs days. Davis’ many controversies including his 1960 marriage to Swedish actress May Britt, his conversion to Judaism, relationship with the Kennedys, and his alcohol and drug dependencies will be showcased in the series.

“Empire” co-creator Daniels will write the series along with frequent collaborator Thomas Westfall; both will serve as executive producers. Actor Kelley is set to produce along with author Haygood.

Sam Taylor-Johnson Will Direct Amy Winehouse Biopic, “Back to Black”​ 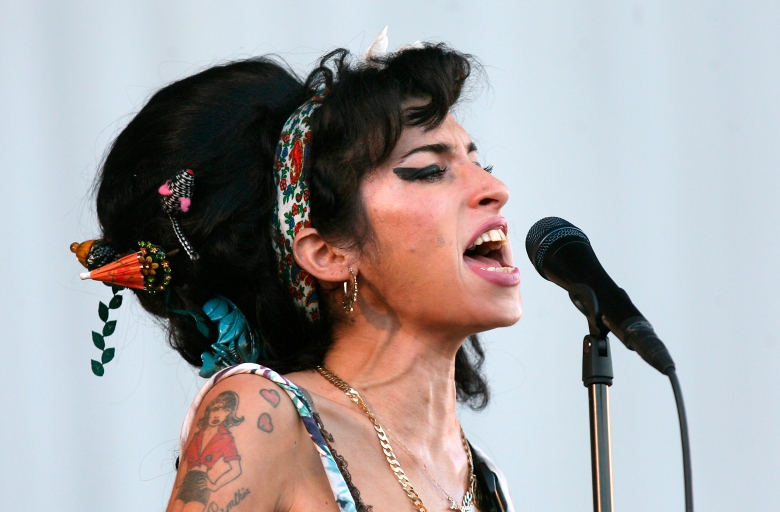 Over a decade since Grammy winner Amy Winehouse died at age 27, “Fifty Shades of Grey” director Sam Taylor-Johnson is set to helm a biopic of the late British icon. Currently titled “Back to Black,” the film will focus on Winehouse’s upbringing and rise to fame before her fatal drug overdose in 2011. The Studiocanal film is being made with full support of the Winehouse estate. No casting has been announced.
Click to expand...

Ok, I enjoyed a few music biopics, and I could have maybe watched 1 or 2 more, but hey, maybe it's time to feather the brakes a little bit.

Seriously though, if you have to make one music biopic, it should be Pink Floyd. What other band has such a story?
You must log in or register to reply here.

news ‘I Wanna Dance with Somebody’ Review: A Basic Whitney Houston Biopic Sets Her Wikipedia Page to Song