Awful story (still developing) that hammers home a powerful reminder about film-set safety. No film is worth the death & injuries of your film-crew. :/

Staff Member
Moderator
Article didn't illuminate the events.. they were hit by a train somehow? Were they just hanging out on the tracks and didn't get out of the way?

I know someone died while filming platoon. They were originally trying to build tunnels like they had in vietnam.. one of them caved in and killed the guy building it. After that they switched to fake tunnels on set.

Sounds like there was some negligence and/or stupidity involved on the part of the crew.

"During a press briefing, Wayne County Detective Joe Gardner said confirmed [sic] that the crew had placed a mattress on the tracks when the train struck them."

Staff Member
Moderator
There was a near miss in one commentary track I heard about.. a train was supposed to go by the actors.. but they didn't account for the fact that a step pokes out the bottom for people to climb aboard. Stuck out further than they anticipated and almost clipped the actors.

Maybe the crew knew the train was coming and was prepared to be out of the way, but the woman realized they had left the mattress on the tracks and tried to pull it off last minute.

Doesn't explain the others injured however.

Sounds like there was some negligence and/or stupidity involved on the part of the crew.
Click to expand...

Also absent from the article was weather or not the crew had permission to be on the tracks. It is very difficult to get permission to film on live rail due to the fact that rail traffic is high on a lot of corridors. There are many abandoned and short lines (with little or no traffic) that could be used for this type scene. If they were there without permission then they will have no legal recourse. Most railroads will prosecute you for trespassing if they catch you "gorilla" filming on their property. I have been working with the owner of an abandoned line (no traffic at all) and they are still hesitant about granting permission due to liability issues. I will have to show proof of liability insurance before they will allow anyone access to some prime filming areas.

wreckerman893 said:
I will have to show proof of liability insurance before they will allow anyone access to some prime filming areas.
Click to expand...

That's a pretty typical requirement for gaining permission to use someone else's property.

Variety said:
An eyewitness told Variety the movie crew was filming a dream sequence on a railroad trestle when a train unexpectedly crossed the bridge.

The crew, including director Randall Miller, had placed a bed on the tracks for the scene and was expecting two trains on the local bridge, one in each direction, when a third train arrived unexpectedly.

A whistle warned the crew members of the next train, giving them less than a minute, which was too late.

Miller, who also directed the 2008 film “Bottle Shock,” and the still photographer rushed to get the bed off the tracks while the rest of the crew tried to get off the bridge on a plank walk-way. They were still trying to get off the bridge when the train arrived.The second camera assistant was then struck and killed by the train.

Miller had fallen onto the tracks before the train arrived but the still photographer pulled him off, according to the witness, saving his life. The bed was then hit by the train and exploded. That debris hit and injured several people, including one seriously, who was airlifted to Savannah’s Memorial Health University Medical Center.
Click to expand...

This is incredibly tragic. This sort of thing happens way too often in this industry - and camera assistants tend to end up on the raw end of the deal, mostly because we're trying to save the camera, rather than ourselves..

Please keep your sets safe, and report any potentially unsafe activity or situation to the AD and/or Producer(s). If you don't feel safe, don't work. It's only a movie, and it's not worth risking your life over.

This may have been the bridge in question; it looks like it would be incredibly difficult to escape from in an emergency.
https://www.google.com/mapmaker?ll=...roducts_maps&utm_source=mapseditbutton_normal

No excuse for not having spotters on radio quite a ways up at each end...

That's a tragic thing to happen to anyone.

Hindsight is 20/20... but man... equipment and props can all be replaced. People can't. Leave it and get to everyone to safety.

If you're guerrilla-ing it, the only person's life you should put in danger is yours.

no film is worth putting lives in danger, including your own.

Not sure that I agree with this.

There are performers that put their lives in danger every day. Have you ever been to a circus or seen someone walk a tight rope without a net?

That being said.. certain people should not even be allowed to carry a pack of matches or a metal fork.

Variety said:
Update: Nick Gant, creative director and principal of Meddin Studios in Savannah, which is working with the production, said via email:

“This is not guerrilla film making or a group of indie film makers trying to grab a shot. It was weeks of communications and scouting multiple places. You had to have access to get onto the site. We have 20-30 year veterans in all the departments, crew is extremely qualified, cast trailers were transporter, location was almost 90 minutes away… No corners were cut.”

“CSX will say [that the crew were working on train tracks without permission] because they can retract their statement in 6 months and it will have no press around it.

“We are spending too much time trying to place blame on a horrific accident. Sarah’s actions probably saved other peoples lives. The crew, our families and our community are very tight. We are able to hand select who we are going to spend long days and weeks together. Sarah and every crew members were friends, family and professionals at what they did.

“We need to celebrate their accomplishments, their lives and support their families as we move forward.”
Click to expand...

Then, by gosh, don't put YOUR life on the line!

People in the business put their lives on the line all the time -- news, docs, etc., but they take precautions to be safe -- but don't hand off that work to someone else to do unless that person is a stunt person.

attitudes like that are why people die on fllm sets.

when you take precautions to be safe then you are not putting your life at risk, if you have done it properly.

if even one person had gone up to the 1st ad and raised some concerns that accident may have had a different outcome.

my working contract includes the term "i reserve the right to halt production if I feel the cast or crew are in an unsafe or dangerous situation".

call me a party pooper but in 30 years in this business no set i have been on has had any cast or crew injured. that may just be luck but in some cases it was because someone spoke up when they needed to.

feel free to put yourself in danger but spare a thought for the family members, crew and emergency services that have to clean up your mess.

There is not going to be a "mess" to clean up. This filmmaker doesn't toss mattresses on railroad tracks and have pajama parties.

And watch out for others on the set, as well. 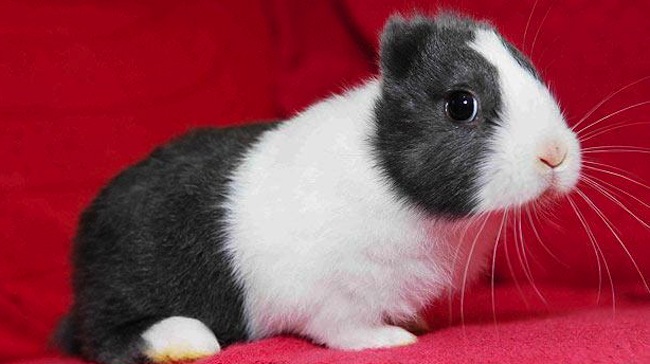 "Slate for Sarah" via CNN 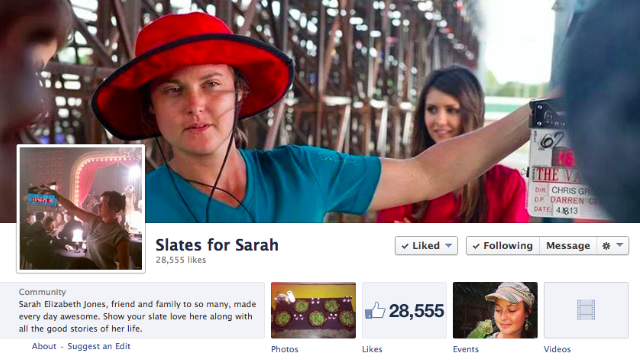 Her death rocked the local film community, leaving many questioning who was to blame for the accident. A group of friends set up a Facebook page on Monday in tribute to Jones with a simple call to action: "Sarah Elizabeth Jones, friend and family to so many, made every day awesome. Show your slate love here along with all the good stories of her life."
Click to expand...

news Where Is ‘Andor’s’ Massive Audience? Blame Disney for Too Many Bad ‘Star Wars’ Stories

news Sundance 2023 Cinematography Survey: The Cameras and Lenses Behind 40 Narrative Films at the Fest