Hello, I have a problem. All my characters talk with the same voice.
Are there any books to read or any way to understand how to make them talk with their voice?
I find it difficult!
Sort by date Sort by votes
S

Have you ever played with dolls? )) Just try it. Take them and make a scene. Create your characters
Upvote 0 Downvote

Staff Member
Admin
Cast it with known actors. Example: Christopher Walken. You'll never get that voice out of your head! But seriously go ahead and pick your dream cast now and it will help you with the voices.
Want a signature for fun or advertising?
indiePRO members can put text and a link here!
indieBIZ members can put text, a link, and an image!

Panos said:
Hello, I have a problem. All my characters talk with the same voice.
Are there any books to read or any way to understand how to make them talk with their voice?
I find it difficult!
Click to expand...

I don't know of any books you can read but what I do is listen. I am always listening
in of conversations to pick up little things that make people unique.
Upvote 0 Downvote

I think it's about words people use or things they always add. Things like "Like" also a lot of people start every sentence with "So". Maybe other things like "Mate" "Dude". Two of my mates speak pretty similiar accent wise but one uses "Dude" and the other uses "Mate." A lot of people use "Babe" or "Hun," well they do round here. Some people swear a lot, some swear when only necessary and some don't swear at all. or will use words like "Fudge" or "Flip".

The thing is this is screenwriting so you don't need to write with an accent, you can simply introduce a character with an accent;

I have only just started screenwriting so the way people spoke meant a lot to me but that was because I've written a novel and obviously I can't just say someone had a strong accent I had to write it. An example of this is Trainspotting, the novel is written with really strong Scottish accents, which to me made it hard to read. A script however can just say the character has a strong Scottish accent but write it so it is easy to read and and understand.
Upvote 0 Downvote

Staff Member
Admin
I disagree, you should write phonetically (where applicable, not overuse) and not in perfect English/Language.

directorik said:
what I do is listen. I am always listening in of conversations to pick up little things that make people unique.
Click to expand...

As a dialog editor I spent a lot of time with a mic and headphones listening in on conversations in coffee shops, train stations, etc. to give me a handle on how real people speak. I never recorded anything, but I got a real feel for the rhythm and flow of actual conversations, something that editors should do as well.
Upvote 0 Downvote

indietalk said:
I disagree, you should write phonetically (where applicable, not overuse) and not in perfect English/Language.

If your character says gonna, instead of going to... or fella instead of fellow, write it.
Click to expand...

Yeah I was going to add about "Something" like "Summit," "Sumfink," Sumink," or "Something". I was talking about strong accents like the trainspotting example, I still say it's not crucial though. I'm in the UK and my "Something" examples are used all the time where I am. Obviously if my character was a head teacher it would usually be "Something" if it were a cab driver it might be one of the others. I think only the Queen actually speaks the Queesn English

Staff Member
Admin
Yes I understand. Strong Southern accent here for example you don't need to write in the drawl on every word.

Does anyone have the actual Donnie Brasco screenplay? (not the transcribed one I see online)

I'm wondering how they wrote forget about it lol. 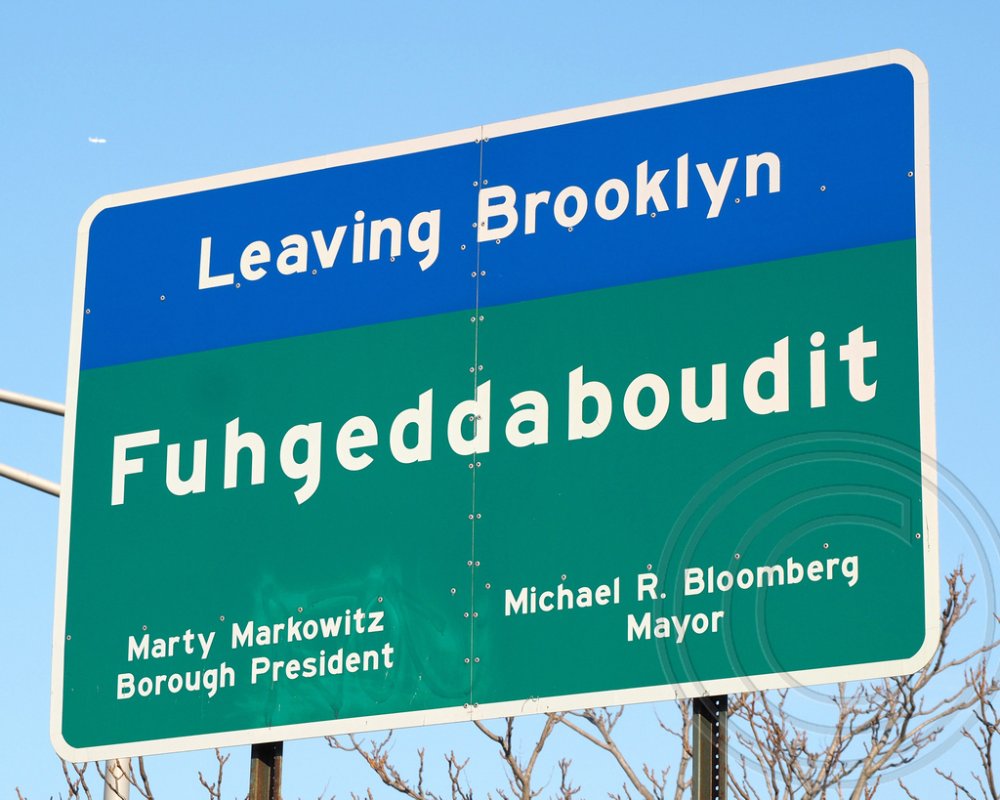 I often think about the way I speak and trying to write it is not easy. I like the sign above and I reckon that's spot on.
Upvote 0 Downvote

Not that I'm greatly experienced with this, but aren't accents, mannerisms and the like developed by the actors (in conjunction with the director, of course) during preproduction?
Upvote 0 Downvote

Alcove Audio said:
Not that I'm greatly experienced with this, but aren't accents, mannerisms and the like developed by the actors (in conjunction with the director, of course) during preproduction?
Click to expand...

The simple answer is "yes." But screenwriters go to varying lengths to explain how they want the character to look/act/sound. All of which may be ignored by the director and the actors.

I never write out anything to depict an accent (such as the Brooklyn sign above) but DO say that character X speaks with a Bronx/NJ/Scottish/whatever accent. Plenty of people do it the other way. YRMV
www.maralesemann.com
Upvote 0 Downvote 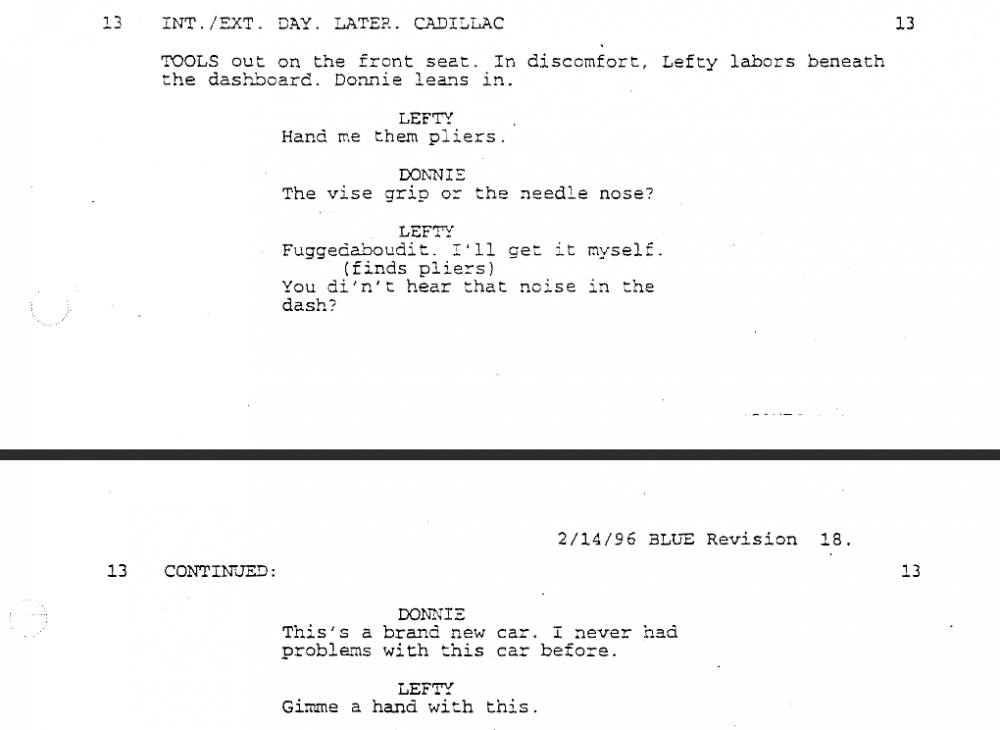 Staff Member
Moderator
Aside from the question of accents and slang, I sometimes differentiate characters as to how much they talk and how direct/indirect they are.

There may be a character who only answers questions with one or two words, but very directly. Another may never answer a question but talks around it. One might have a complaint about everything - food, wine/beer, the weather, etc. Another likes to toss around sports jargon ("she really threw me a curve ball," "I'm 3rd and long with this project and the boss is breathing down my neck"). So even if they're all from the same geographic area & you aren't differentiating by accent, you can still change how they speak.
www.maralesemann.com
Upvote 0 Downvote
You must log in or register to reply here.

story It was all just a Dream
2

treatment The rest of the story.

critique Help with an adaptation