A sequel to the 2017 Taylor Sheridan thriller “Wind River” is in the works, and “The Falcon and the Winter Soldier” director Kari Skogland is set to direct the film that will see Martin Sensmeier (“1883,” “Westworld”) reprising his role from the original film.

The film is titled “Wind River: The Next Chapter” and hails from Rob Reiner’s newly relaunched label Castle Rock Entertainment. Additional cast will be announced soon, but it’s unclear if the film’s original stars Jeremy Renner and Elizabeth Olsen will return in any capacity. Sheridan, who directed and wrote the original “Wind River,” is not involved in the sequel.

2017’s “Wind River” followed a hunter (Renner) who aids an FBI agent (Olsen) in the investigation of the murder of a young woman on a Native American reservation in Wyoming. In “The Next Chapter,” terror has escalated on the Wind River reservation as a series of ritualistic murders remain unsolved. The FBI enlists Chip Hanson (Sensmeier), a newly minted tracker for the U.S. Fish & Game, who becomes embroiled in a desperate and dangerous fight between the authorities, a vigilante, and the reservation he calls home. 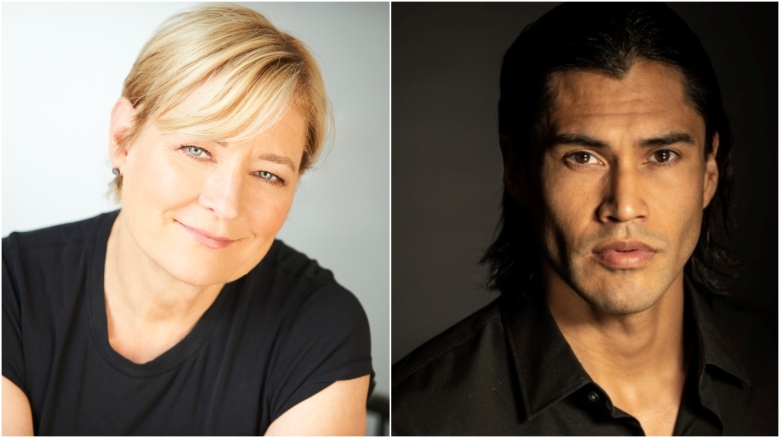 “Wind River: The Next Chapter”/Kari Skogland (left) and Martin Sensmeier

Skogland is currently attached to direct the upcoming “Cleopatra” film that stars Gal Gadot; she is also known for her work on Showtime’s “The Loudest Voice” and Hulu’s “The Handmaid’s Tale,” among other projects.

Sensmeier is a regular for Sheridan and has also appeared in both “Yellowstone” and “1883,” and in film he’s appeared in “The Magnificent Seven” and “The Ice Road.” He recently joined the cast of a thriller called “Takeover,” starring Migos rapper Quavo, and on the series end will join the cast of NBC’s “La Brea” Season 2.

“Wind River” debuted at Sundance in 2017 and even later won Sheridan the Un Certain Regard for Best Director out of Cannes. The film was released theatrically by The Weinstein Company just weeks before the #MeToo scandal against Harvey Weinstein broke, leading Lionsgate to eventually acquire the film for release on home video and for Sheridan himself to fight to wrestle control back of the movie. He told Vanity Fair at the time that “I can’t have a film about violence against women silenced by the perpetrator of that very act.” He ultimately convinced what remained of the Weinstein Company board to release the rights to the film and donate its proceeds to charity. It grossed $44 million at the worldwide box office against a budget of $11 million.

Castle Rock Entertainment relaunched last October with a $175 million film fund under CEO Rob Reiner and Co-Presidents Matthew George and Michele Reiner. The company recently announced it is working on a sequel to the 1984 cult classic “This Is Spinal Tap,” which is set for release in early 2024.