A year ago, while much of the world remained on lockdown, Willem Dafoe got to work. As film productions gradually started back up, the veteran actor was ready for them. The result is that the ever-versatile performer has a wide range of projects in the pipeline, from “The Northman” (Robert Eggers’ follow-up to “The Lighthouse”) to Guillermo del Toro’s “Nightmare Alley.” But one movie just released in theaters has been waiting for its moment since the early days of the pandemic: “Siberia,” his latest collaboration with cinematic provocateur Abel Ferrara, premiered in competition at the 2020 Berlin Film Festival shortly before lockdowns spread throughout the globe.

Now, Lionsgate has released the movie in theaters and VOD, marking one of the bigger U.S. companies to get behind the legendary New York filmmaker in some time. That’s an especially notable outcome because “Siberia” is one of the most ambitious and enigmatic movies in a filmmaking career that stretches back to the early ‘70s. The movie stars Dafoe as grief-stricken man who tends to a bar at a desolate outpost where he’s surrounding by non-English speakers and strange events. Eventually, he wanders off into the snowy landscape with a dog-sled, venturing deep into his own psyche as the movie turns into an increasingly abstract experience.

For Dafoe, collaborating with Ferrara is nothing new. The good friends have now made six wildly different movies together, from the apocalyptic “4:44 Last Day on Earth” to the biopic “Pasolini.” Dafoe hopped on Zoom to talk about the new movie, what it was like to reassess his motivation to work during the pandemic, and why he’s still committed to feature films over TV.

“Siberia” is Ferrara’s most cryptic movie and certainly not for everyone. But you are clearly committed to his vision. What keeps you working with him each time out?

I have great trust in his nose for cinema. On “Siberia,” he basically was laying out some things he wanted to see and he didn’t know how they fit. He just knew it was going to be a film that would be an odyssey — a man going out and having these things happen to him, or have him create them in his mind, and there were no particular narrative rules because it was kind of loose about whether these images were coming from within or outside. But it’s basically a man trying to reconcile his past with where he is. He tries to isolate himself, that doesn’t work, so he goes out into nature. That’s what the film basically is. It lacks a traditional narrative structure but it gives us the opportunity to take these huge leaps without being responsible for connecting them in traditional ways.

Did you ever ask him to explain the symbolism? Why is there a fish that speaks Hebrew?

You live near each other in Rome. How often do you talk about future collaborations?

We’re always in touch. One of the things I love about Abel is that he’s a self-starter. He doesn’t wait. He loves making movies. He’s always scheming, always inventing, always trying to make a movie. He’s relatively independent as far as he just wants to get out there and put stuff together because he loves to be in that state of making a movie. That kind of excitement he’s had after a 45-year career is something I love. We don’t always succeed. We aren’t totally joined at the hip, but we’re good friends. I like working with him, but it’s always a little hair-raising.

How did you stay busy in the early days of the pandemic?

I went back to Italy and was in serious lockdown for a long time. Like a lot of people, I really went into a retreat and it was good for me. But it also heightened my taste to work more than anything. I took some classes on Zoom. I wasn’t taking classes about performing. It was personal stuff. Vedanta. Indian philosophy. It was all for personal growth.

How does that type of study impact the way you evaluate projects that come your way?

My thing is that I like to prepare for work but you can only prepare so much and once you prepare, you may throw everything out once you get there. You prepare just to relax yourself and get ready to engage, so when opportunities come you can receive them in a thoughtful way and really play.

And you’ve been working for the past year. What was it like to get back into the swing of things?

I’ve been working since July pretty much straight. I just finished a film in Germany and I go back to work in July and I think I’ll be working steadily for a long time. The size of the projects are varied. It feels very open. I love nothing more than the idea of having a lot of work ahead of me. Performing and making movies is still mysterious to me. Lately I’ve been lucky that things have turned me on. The day that I stop engaging in people who are interested in working with me, I’ll have to reassess everything. 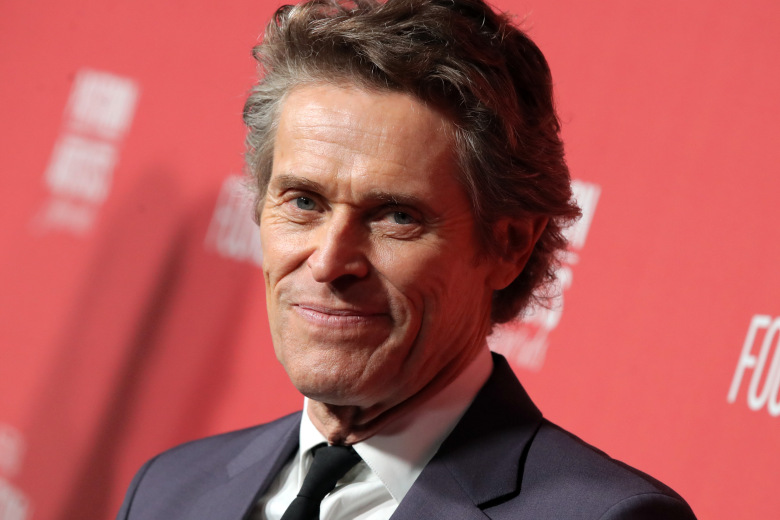 It’s never been harder to get movies made, but TV is everywhere. You tend to pass on those projects. How do you feel about the two media these days?

The definition between those two gets a little fuzzy, but the one thing that remains pretty consistent is stuff that’s narrative-based — where it’s based on writers and characters — that’s for TV. While I think cinema can do very well with those things, it can also go beyond that. It can bend time and deal with image, sound, color, all those poetic properties that harder to define. I think that’s the distinction between how cinema and television is made. It has nothing to do with how it’s shot. It’s the attitude. I’ve done very little television, but they’re run by showrunners and change directors. I remain very much a person who loves to give myself to a director, doing their bidding or inhabiting what they need me to do. That’s freedom for me, service for me, enjoyment for me.

You dip your toes in studio projects but they certainly don’t consume your resume.

Of course everyone’s always thinking about the audience as that’s the only way to survive, but when there’s more of a corporate model, it’s a different kind of rolling the dice. It’s natural to craft things for the audience but that sometimes means they’re less personal. It has more to do with reaching a large group of people to give them something they can identify with and enjoy. At this point in my life, I can be involved in that, but prefer to do something that can challenge me and surprise me.

As movie theaters struggle to reopen, how invested are you in their survival?

Watching something like “The Lighthouse” on a TV would be such a shame. Or even “Siberia.” Let’s face it: In the movie theater, you commit in a different way. That’s still my main beef. I know the reality is that most people watch things on small screens at home. There’s a great distraction to that. It’s just wild to think that Netflix counts a view as something that people watch for just two minutes. When I go to a platform to see what to watch, it’s very confusing. You hop around and watch a little bit of everything. Finally, you say, forget it, I’m going to bed. Maybe this is something that will win in our society given the technology that people are growing up with. But it’s a very simple thing: We lose that ability to pay attention for long periods of time and to go places when we don’t know how it will serve us.
Click to expand...

news ‘Chameleon Street’: Wendell B. Harris on His Long-‘Suppressed’ Sundance Winner and His Lost Hollywood Years