Well, another Bridgerton sibling has found their happily ever after. But where does that leave the rest of the Regency-era family?

Following the jaw-dropping Season 2 “Bridgerton” finale, we can’t help but wonder which sibling will feel the sting (See what we did there?) of love come Season 3.

[Editor’s Note: A spoiler alert, of sorts. The below recaps the book “An Offer From A Gentleman,” which will reportedly be the inspiration for Season 3.] 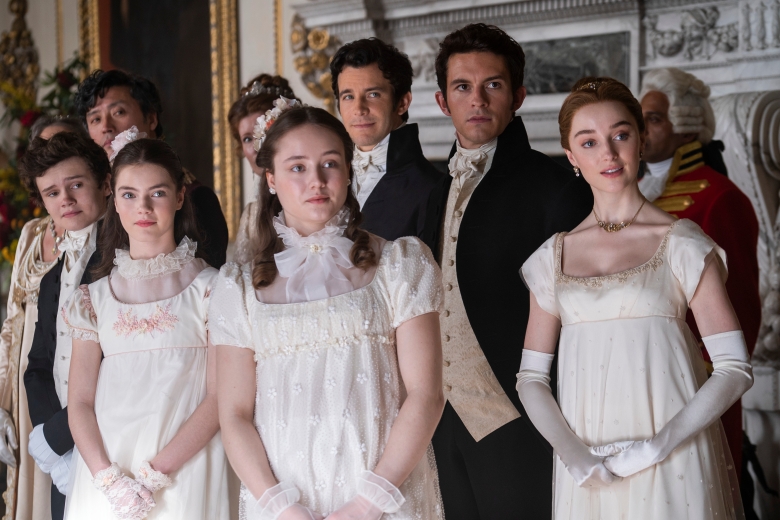 The eight-episode second season concluded with Anthony Bridgerton (Jonathan Bailey) reveling in bliss with Kate (Simone Ashley). Yet things proved to be a little more dramatic for his sister, Eloise (Claudia Jessie), who finally figured out that her best friend Penelope Featherington (Nicola Coughlan) is behind the salacious Lady Whistledown gossip rag. Eloise’s secret friendship with printer assistant Theo (Calam Lynch) was also shattered, and while we’ll have to wait until the fifth season — per the order of Julia Quinn’s novels on which the Shonda Rhimes-produced series is based — to see Eloise find love, it’s still a devastating blow.

Meanwhile, Colin Bridgerton (Luke Newton) continued to ward off evil-doers against the Featherington family as Penelope pined for him, but Lady Portia Featherington (Polly Walker) has more sinister plans in the works. And Colin reportedly won’t land in the “Bridgerton” spotlight until Season 4.

So, where does that leave Season 3? Keep scrolling to find out. 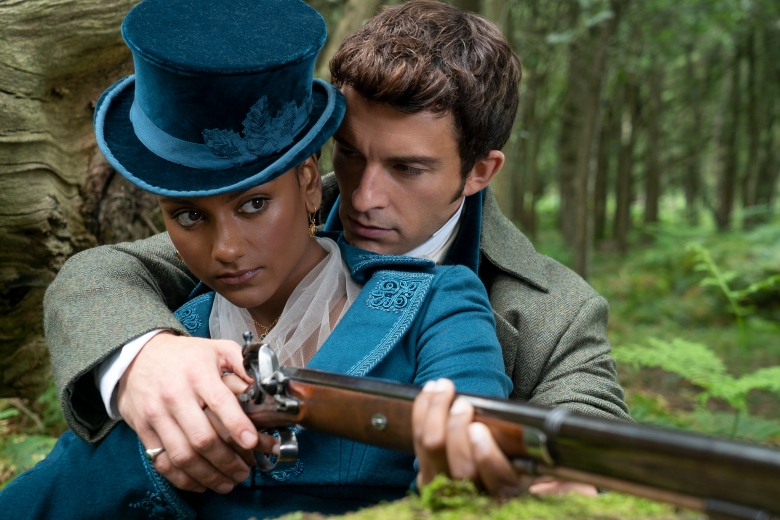 Simone Ashley confirmed to Deadline that she will indeed be returning to “Bridgerton” for Season 3. “Kate and Anthony are just getting started,” Ashley teased. “Season 2 there was a lot of push and pull between Kate and Anthony, there were complications with the family, and then they find each other towards the end. I think everything is just starting. I’d like to see Kate just let go a bit more and play more in Season 3 and kind of swim in that circle of love together. I think they both deserve it.”

Ashley added that she is “excited” for Kate to have a family with Anthony. “I think I’d like to see Kate being much braver and less headstrong and more heart strong,” Ashley hinted. 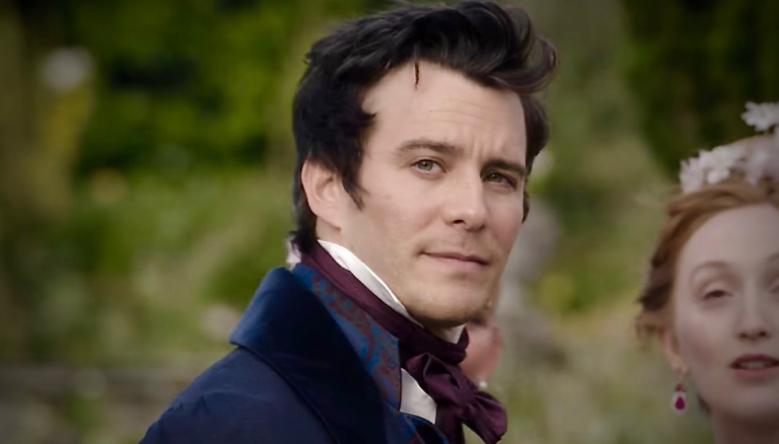 After attending artist swinger clubs in Season 1 and reviving his love of painting in Season 2, Benedict Bridgerton (Luke Thompson) will finally set out to settle down in the third “Bridgerton” installment.

Thompson is already ready for his leading man love scenes, thanks to a Season 2 mix-up on set. Co-star Coughlan revealed to The Daily Mail that Thompson was mistakenly assigned a personal trainer to prep for nude scenes, when in fact the other Luke on set, Luke Newton, was the one stripping down. Thompson later joked to The Times of London that he stayed in shape “for the bum scenes, I guess.”

And the mystery of Benedict will no doubt be unpacked for the third season. “There’s a bit of a question mark when it comes to Benedict, and as an actor, that’s such a great thing to play with,” Thompson told Shondaland. “You get to reveal the character bit by bit instead of showing the audience who he is right away.”

4. But Co-Creator Chris Van Dusen May Shake Things Up…​

Chris Van Dusen revealed to Entertainment Tonight that the third season may deviate from Julia Quinn’s novels and perhaps pivot to another Bridgerton sibling first.

Executive producer Shonda Rhimes noted that the third installment might “not necessarily go in order” of the books. However, Van Dusen did admit that Benedict would be a prime leading man.

“I love Benedict’s story. I love his story and all these siblings, all these characters for different reasons,” Van Dusen added. “They all offer something new. I think it was really the appeal to me in a project like this, the fact that we could tell these close-ended love stories and shift focus season after season.”

Netflix mega-producer Rhimes revealed the Season 3 script is currently in the works. Rhimes said the “Bridgerton” team “got a little bit creative” and are “already hard at work writing Season 3.”

“That is already in progress and you’ll see. Give it time,” Rhimes summed up to Entertainment Tonight.

Longtime Shondaland filmmaker Jess Brownell is also taking over as showrunner for Seasons 3 and 4.

6. If Following the Books, Season 3 Is an Updated Take on “Cinderella”​ 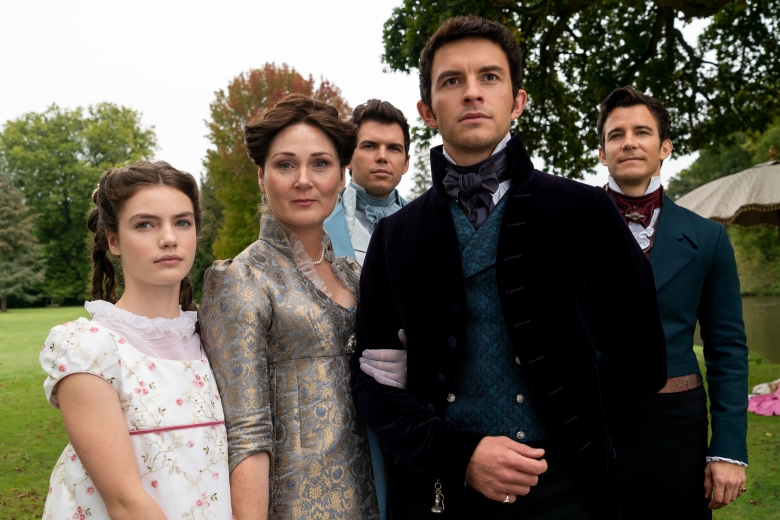 Quinn’s third novel, “An Offer From a Gentleman,” introduces new character Sophie Beckett, who is expected to charm her way into Benedict’s heart. Sophie is the illegitimate daughter of the Earl of Penwood but is relegated to working as a servant due to her evil stepmother, Araminta.

Despite Sophie knowing who her real father is, the Earl only takes her in as his “ward.” Araminta and her two vicious daughters threaten Sophie, and only let her to live with them due to a loophole in the Earl’s will: Upon his death, Araminta will receive a much larger allowance if she allows Sophie to stay until she turns 20.

Per the official synopsis of the novel, Sophie sneaks into Lady Bridgerton’s famed masquerade ball, where she locks eyes with Benedict. Yet the Bridgerton heir has no idea who Sophie is, and sets out to find her.

7. The Third Season Will Span Years​ 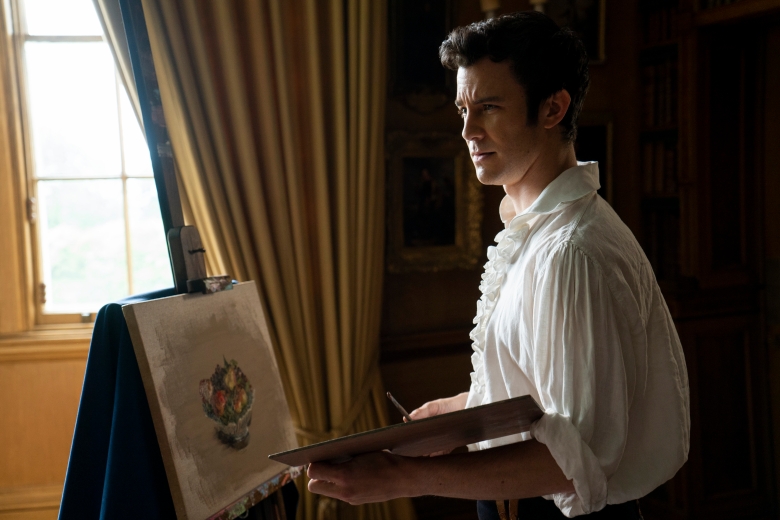 To contrast both Season 1 and Season 2, the third book shows Benedict searching for Sophie for over two years. He has sworn off marriage until he can find his mystery soulmate. Meanwhile, Sophie is forced to work as a maid upon the Earl’s death, and Benedict rescues her from unwanted advances of her employer’s son. Benedict instead hires Sophie to work for his mother, but has no idea that she is the same woman he has been tracking down ever since the ball.

As Benedict and Sophie’s chemistry heightens, he is torn over falling for her: Should Benedict keep up his masquerade fantasies, or settle for Sophie? Little does he know, they are the same person. Add in the class drama of marrying a servant, and it seems that there are plenty of hurdles ahead for the young couple.

For a temporary solution, Benedict asks Sophie to be his mistress while he looks for a “suitable” wife. Eventually, as in the novels, Benedict does fall for Sophie and gives up the quest for the mystery woman. However, upon playing a game of hide and seek with his family, he sees Sophie wearing a blindfold and realizes the woman of his dreams has been right under his nose (literally) all along.

9. Lady Whistledown Is to Thank for Benedict’s Happy Ending​ 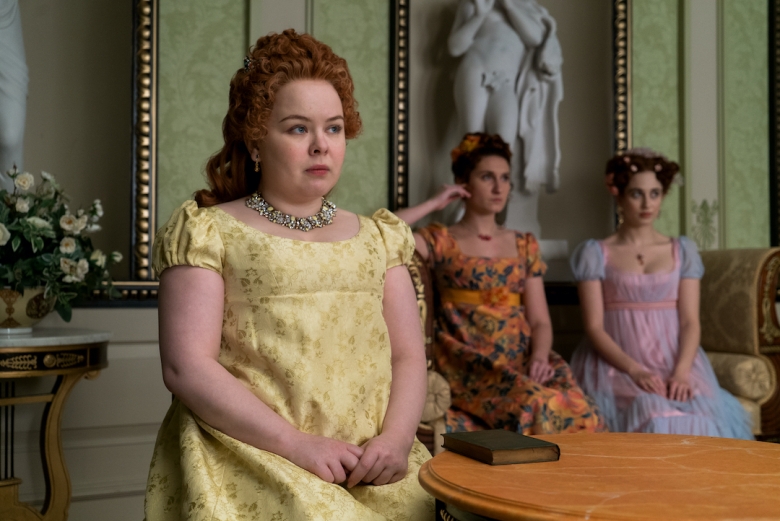 Of course, nothing is simple in “Bridgerton” stories. The book includes Benedict feeling betrayed and forcing Sophie to resign. Her stepmother reappears, accuses her of being a thief, and Sophie is arrested. Lady Whistledown reports on the drama, and the Bridgertons free Sophie and she is proven innocent thanks to one of her stepsisters, Posy. And to add to the fairytale finale, Sophie learns that the Earl has left her a large dowry.

Benedict and Sophie go on to marry and have four kids, adding to the budding next generation of Bridgertons.

While no casting announcements have been made for the third season of “Bridgerton,” we will be the first to report, dear readers.

10. Season 3 Already Is Being Recast​ 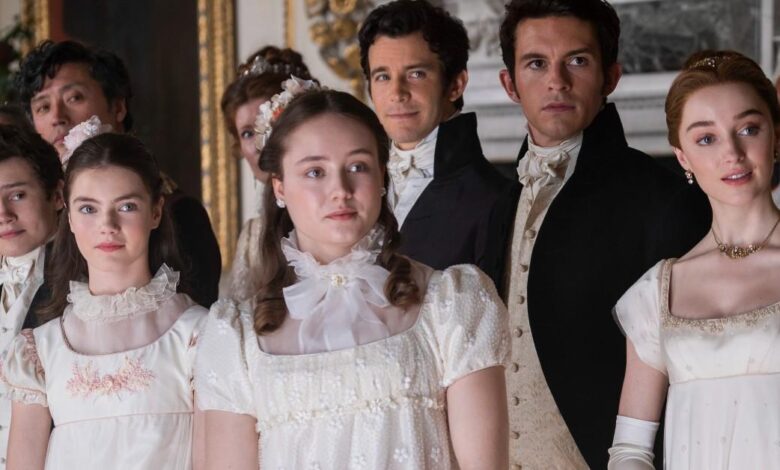 On May 12, “Anatomy of a Scandal” actress Hannah Dodd was announced to be the newest member of the “Bridgerton” family in a swapped casting for second youngest daughter Francesca Bridgerton. Dodd takes over the role from Ruby Stokes, who left the series to lead fellow Netflix novel adaptation “Lockwood & Co.”

The reserved Francesca has only appeared a handful of times in “Bridgerton,” with the character spending most of Season 1 visiting her aunt in Bath. Season 2 saw Francesca appearing in only the first three episodes before actress Stokes left to begin production on “Lockwood & Co.”

“I love Francesca, but we lost her midway through Season 2,” series creator and Seasons 1 and 2 showrunner Chris Van Dusen previously told TVLine. “After exhausting all other options, she unfortunately had to come out due to reasons beyond our control. Perhaps Season 3 will be the charm.”

Francesca is expected to take center stage as the lead protagonist of Julia Quinn’s sixth novel, “When He Was Wicked.”

Nicola Coughlan aka Lady Whistledown herself revealed that the third season will actually follow her character Penelope Featherington’s love story with Colin Bridgerton after two seasons of “will they, won’t they” tension.

“Like Lady Whistledown, I have been keeping a secret for quite some time, and I can confirm to you all that Season 3 is Colin and Penelope’s love story,” Coughlan revealed at the Netflix FYSEE panel (via TVLine). “I have kept that secret since two weeks into Season 2. This is the first time I am saying it here.”

Per Julia Quinn’s novels, the Penelope-Colin storyline doesn’t happen until Book Four, titled “Romancing Mister Bridgerton.” However, new “Bridgerton” showrunner Jess Brownell told Variety that it is really Colin and Penelope’s “time” to be in the spotlight.

“We’ve already invested in them a little bit. We know who they are as people,” Brownell said. “I feel like, especially in the last season, there are these moments of tension between them where it’s like, Colin walks up to the line of almost realizing that Penelope has feelings for him but doesn’t quite get there. Instead of treading water on that dynamic, we wanted to push it into their season. It really felt like the perfect moment to tee it up.”

And as for the third book based on Benedict Bridgerton (Luke Thompson), Brownell added that Benedict will be a “vital” part of Season 3. So, will he be the center of Season 4? Only time (and Lady Whistledown) will tell…

12. We Might Be Getting a New Backstory for Queen Charlotte​ 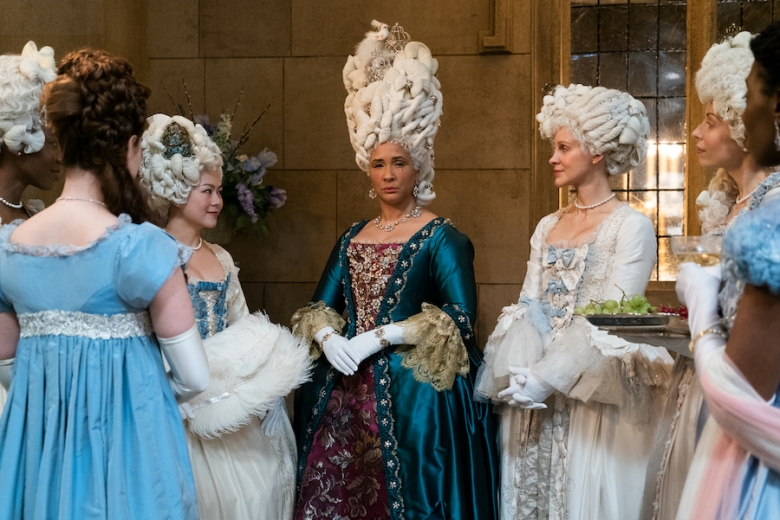 “Bridgerton” series author Julia Quinn confirmed that she is currently penning another prequel novel, this time co-written by executive producer Shonda Rhimes herself. The book will spur a new series based on the upcoming “Bridgerton” Queen Charlotte spin-off show and start with how a young Charlotte met and married King George, cementing her royal status. The novel, published by William Morrow Group at HarperCollins imprint Avon Books, will also be a jumping off point to address the racially inclusive Regency Era as seen in the Netflix series.

“Queen Charlotte has been such a moving character to write and now having the opportunity to work with Julia to adapt this story into a book is such an exciting opportunity,” Rhimes said in a press statement via Variety. “I can’t wait for fans of this universe to read the story of a character that has resonated so deeply with our audience.”
Click to expand...