Universal rules this week. “Jurassic Park: Dominion” and “The Black Phone” (both $19.99) are first and second respectively on three current VOD Top 10 charts. They also have 10 of 30 total slots (including “The Northman”/$5.99 from Focus). And they accomplished this with minimal damage to their new releases’ box office take for the weekend.

They also (although, as always, without anything but chart positions from which to judge VOD revenues) defied what might have been a logical instinct to separate their releases so as not to compete with each other. Studios, even when there were far more theatrical releases than currently, virtually never would debut new wide titles the same week. 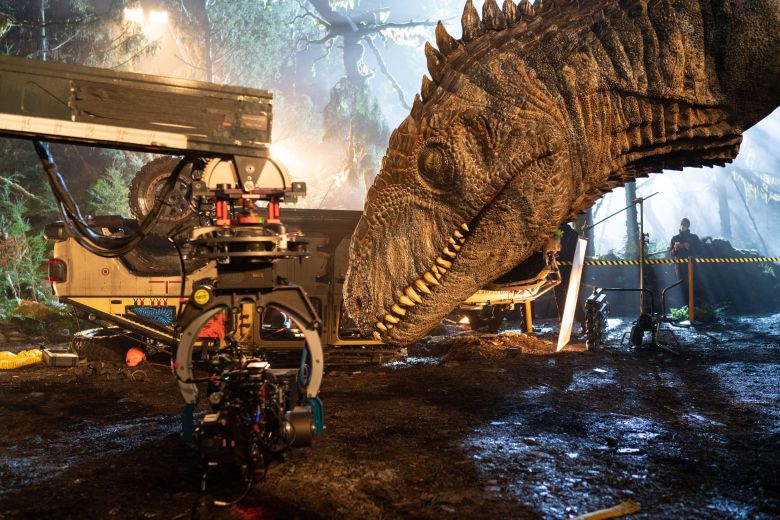 Per standard Universal policy, “Jurassic,” with an opening weekend of over $50 million, got home availability after its fifth weekend. “Phone,” though a strong performer with $72 million, was released after its third, like most Universal titles. (The $50 million number is one to pay attention to when “Nope” opens Friday to estimate when it could see PVOD play).

“Phone” actually had only a minor drop in the box office Top 10, off 31 percent. In the past, there have been signs that new, additional marketing for when a film gets home release can also benefit it in theaters, particularly for genre films whose audiences are the prime ticket buyers. “Jurassic” fell 40 percent, a normal amount, and less than their #2 “Minions: The Rise of Gru” in its third weekend.

And adding in Focus’ “Mrs. Harris Goes to Paris” at #9, the company also had four of the Top 10 titles. It’s hard not to grasp the correlation between their having the most theatrical releases and their combination of an early window PVOD policy and the Peacock Channel as their streamer. The triple threat (with two of the three elements not as easy to quantify financially for individual films) turns out to be theater-friendly.

This comes as Paramount is keeping “Top Gun: Maverick” in theaters exclusively for an indefinite period (it is now over 45 days since release), and also as the question of whether “Elvis” (Warner Bros.) will go on HBO Max after 45 as all the studio’s films have, including “The Batman,” remains unclear.

The rankings otherwise were mainly similar to last week’s with most holdover titles a little lower because of the new titles’ domination. Last week’s unanimous #1 “Everywhere Everything All at Once” (A24/$4.99), getting a new surge with a lower price, is #3 at iTunes and Google Play (which rank by transactions) and #6 at Vudu (listed in order of revenue). The other two titles to make all three charts were “The Northman” and “The Lost City” (Paramount/$5.99). Vudu, as always elevating higher-priced releases, has the only other debut title this week. “The Bob’s Burger Movie” (Disney/$19.99), also streaming on HBO Max, came in #7 there.

Two recent Netflix originals lead their movie chart at the moment. Their contemporary version of Jane Austen’s “Persuasion” sits at #1 immediately after its release, while the animated “The Sea Beast,” last week’s #1, is now in second. It has to be a relief to those rooting for their homegrown product to do well to see these two had more appeal than #3 “CHIPS,” the 2017 feature retread of the not-exactly-iconic 1970s police NBC series that was barely noticed when Warner Bros. released it in theaters.

If #1 next week isn’t the Russo brothers’ “The Gray Man,” Netflix’s most expensive original production ever ($200 million), it will be a shock. The test for it and other originals isn’t so much how they open, but whether they can stick around for more than a week or two among the leaders.

iTunes and Google Play rank films daily by number of transactions. These are the listings for July 18. Distributors listed are current rights owners.

Most viewed, current ranking on Netflix’s daily chart on Monday July 18. Originals include both Netflix-produced and -acquired titles it initially presents in the U.S. Netflix publishes its own weekly top 10 on Tuesdays based on time viewed.