“Irma Vep” is a story of all different kinds of madness, from the patently absurd act of making movies to the equally absurd and manufactured process of trying to maintain one’s sense of self. So it’s only fitting that the series’ score, composed by guitarist and former Sonic Youth frontman Thurston Moore, feels a little hard to nail down. Sometimes pounding like a tension headache, sometimes beguiling and ancient (not so unlike a vampire), it always seems to fill up the scene and unbalance the audience’s relationship to Mira (Alicia Vikander), an American movie star who travels to Paris to remake the silent serial “Les Vampires” with a director (Vincent Macaigne) who is definitely not “Irma Vep” creator Olivier Assayas.

Moore has done bits of composing for film throughout his career; after Assayas used Sonic Youth’s “Tunic (Song for Karen)” in his original film version of “Irma Vep,” he invited the band to score “Demonlover.” In a twist of fortuitous timing, he struck up a conversation with Assayas about the “Irma Vep” score right as he was getting ready to fly to a festival in Tasmania in early 2021 — though he had to undergo Australia’s COVID-19 quarantine protocols first.

“I had to spend two weeks in Sydney, just like in a hotel,” Moore told IndieWire. He proposed using that time to create the sound of the series. “I said, ‘I’m gonna be ensconced in a really amazing private zone. And so I’m gonna get some recording equipment’ — and it really helped out. That whole thing of being in isolation fit in with sort of the aesthetic of some of the music, which was this getting lost in some kind of mysterious stasis.” 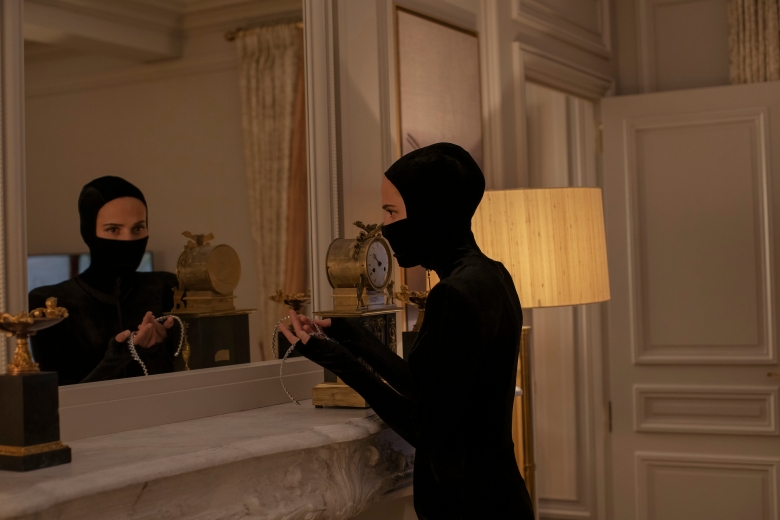 Moore using the restless hyper-focus of isolation to follow Mira as she tries to manage all the people claiming her time and defining who she is (actresses are perhaps even more commodities now than they were when Musidora starred in “Les Vampires”) and to give sonic voice to feelings she can’t quite name or control; but he doesn’t do so in a way that adheres to the common musical language of Hollywood scores, handing out leitmotifs with glorious orchestral arrangements.

Moore was inspired to do something a little bit more knotty and difficult, in no small part by Assayas’ willingness to let him to create the score he would be excited to listen to. “[Assayas] did really want dark, [droning] kind of vibes for the [show], but he also wanted some more sensuous music as well,” Moore said. “I asked him, ‘How avant garde do you want me to go here?’ And he said, ‘You can go as crazy as you want. That’s okay.'”

With that permission, Moore began building a score whose sonic palette could veer between dark and sensuous and add an extra layer of tension and emotion onto each scene. He cites Mica Levi’s work on ‘Under the Skin’ as a key inspiration: “That was really instrumental in a lot of my thinking about like how to work with contemporary filmmakers,” Moore said. “And [“Rust And Bone” composer] Cole Stetson, I remember thinking about how that music worked, because that’s like a really sort of dramatic story. I mean, almost hyper-dramatic in a way. But his score was really plaintive and it was almost at odds with the picture a little bit. So I like that tension, you know?” 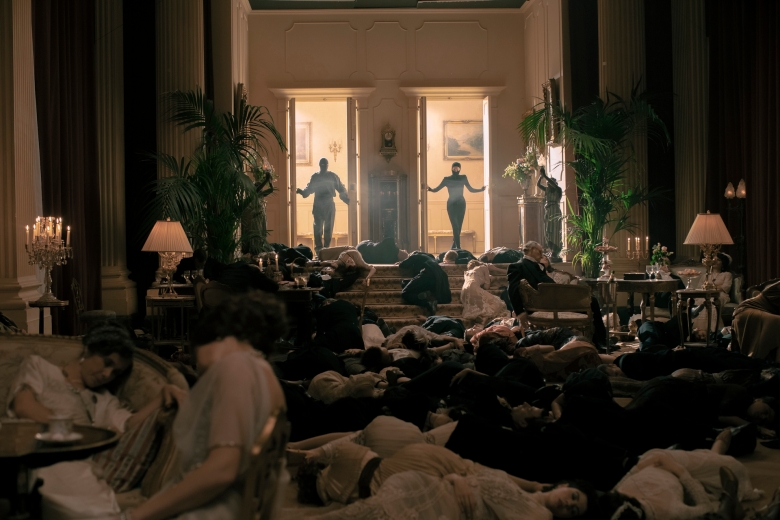 While that tension was created in an Australian hotel room, and although a few of the raw pieces Moore composed with a digital recording suite made it into the series mostly unchanged, the composer hopped over to Paris to refine the “Irma Vep” score. That refinement process wasn’t just about EQing the mix; Moore and the “Irma Vep” music team brought in some set musicians to add to the score and move the process from complete isolation to collaboration.

“I have [scored music] before and I can use scorers to score for me… but I really prefer standing there next to the musician with their headphones on. And being like, ‘Let’s do it again with this dynamic,’ and like, ‘Move over to this piece and, you know, do that.'” Moore said. “It allows them to be creative as opposed to [being slavish] to a score. Like, ‘Do it again. But please obey the score.’ I’m not really into that kind of relationship with musicians.”

Moore’s not really interested in that kind of relationship with filmmakers, either. While he had license to be as weird as he wanted to be and push outside HBO’s aural comfort zone, his goal was never pure experimentation. “I’m always interested in filmmakers who actually will take chances with sound in music, in their films,” Moore said. “I try to find a balance between those two things of being kind of completely improvisatory and being very conscious of what the scene is, and really wanting to hit a lot of what maybe those edits are that you’re seeing, like having the mood ramp up or maybe the mood ramp down, and being able to deliver that.”
Click to expand...

news The Many Lives of ‘The Hours’ Echo Through Contemporary Opera