news ‘Thor: Love and Thunder’ Strikes Lightning at the Box Office — but Will It Hold?

If at Cinemacon, the annual exhibitors’ convention in late April, someone had suggested that “Top Gun: Maverick”(Paramount) would likely have an ultimate domestic gross around double “Thor: Love and Thunder” (Disney), it would have been regarded as a joke.

Yet if at the same time, $143 million had been projected as the opening weekend for the latest Marvel release, the reaction would have been “let’s hope so.”

That’s the needed context for looking at the weekend results. It’s not irrelevant that the fourth “Thor” opened to $44 million less than “Doctor Strange in the Multiverse of Madness” two months ago. Or a little under the consensus $150 million projection (in a summer when most films have exceeded pre-opening guesses).

Neither are trivial, but at the same time they’re not the main story. $143 million for a weekend after the two horrible years theaters have endured remains a huge number. It’s $16 million more than “Maverick” did initially. “Ant-Man and the Wasp” opened the same date in 2018 to just $75 million (with steeply higher ticket prices and more premium showings, equal today to about $100 million).

And this when it lacked two advantages “Strange” had. It was neither the first Marvel film from Disney after six months, nor did it have the dearth of big-draw competing releases that greeted “Strange.” “Thor” has real competition against it.

That sums up its situation today. The bigger story, however, will be what happens next. Previous “Thor” titles have all done at least 2.5 times their opening weekends for their entire runs. That would mean $355 million for the latest one. (“Maverick” looks headed for $700 million or better).

Can it pull this off? Likely not. “Strange” had the same mixed B+ Cinemascore as “Thor,” and will end up with a 2.2 multiple (about $411 million). That would put “Thor” at $315 million. There are already some signs it might not pull this off. Its first Saturday was down 39 percent from the Thursday/Friday total. “Strange” was down 36 percent. That sounds like a margin of error difference, but grosses usually follow patterns that, even if minor at first, tend to increase over the run of a film.

“Thor” faces more competition than “Strange” did as the first blockbuster out for the season and little going up against it for three weeks. The net result is the chance that it could even fall short of $300 million. That’s still a strong number, but it’s not unfair that the early guess was this had a shot at $400 million and anticipated as the #1 film of the summer, with its biggest rival then thought to be “Jurassic World: Dominion” (Universal). Of course, this was before both films were screened. (“Dominion” should land at about $380 million).

With Marvel’s position as the top draw at the moment, that could be an issue for theaters. Only one — “Black Panther: Wakanda Forever” — will appear over the next seven months (as opposed to six titles over the last 12). That looks pretty safe. But the ones after will bear watching to see if “peak Marvel” has passed. With their budgets now reported at $250 million each before marketing costs, a worldwide theatrical take of $600-700 million isn’t good enough to sustain that current spending.

Any quibbling about “Thor,” now or future, is countered by overall theater performance. Grosses will total $235 million this weekend, best for 2022, second best since 2019 (bested only by the weekend “Spider-Man: No Way Home” debuted). That’s 28 percent better than the same weekend in 2019. It keeps the rolling four-week comparison to 108 percent of the same period three years back.

Over the upcoming weeks, and possibly months, this will retreat. And the earliest weekend total that could be as big or bigger is when “Panther” opens — or if not then, then around Christmas. Still, this is a big improvement.

And it comes again not only because of the relative depth of films available, but also how several are sustaining themselves. Though #3 “Maverick” and #4 “Elvis” (Warner Bros.) both dropped 40 percent, these are strong holds at this point. “Minions: The Rise of Gru” (Universal) fell 57 percent second weekend, the same as its predecessor. This time though it came off a holiday-boosted Sunday, making the hold more impressive.

“The Black Phone” (Universal) fell the least among the wide releases, off only 37 percent for #6. Going back to the Cinemacon guessing — anyone who suggested it might end up close to 60 percent of “Lightyear” (Disney) would have been laughed out of the casino. But it will come close, with a potential $75 million total, compared to the very disappointing likely $125 million for the Pixar release (#7 this weekend).

Among limited release titles, A24 continues to take the animated “Marcel the Shell with Shoes On” out slowly. It still was good enough for #8 in only 48 theaters, with a decent $7,083 PTA.

Specialized limited openings, particularly when compared to studio releases, lag behind in performance when pre-Covid results are recalled. Two with significant pedigree — the documentary “Fire of Love” (Neon) and Claire Denis’ Berlin festival top prize winner “Both Sides of the Blade” (retitled from “Fire”) — had decent reviews and top theater placement. Their opening averages in a handful of theaters in the $6,000-7,000 for the weekend (the Neon film debuted on Wednesday for over a $13,000 average). This is something to build on and guarantee attention as they expand (and later for streaming). Keep in mind that the current Covid variant is raging particularly strongly in both New York and Los Angeles, and the audience for these films is the least likely to risk going to theaters now.

The list below excludes “Doctor Strange,” listed elsewhere as #9. Nearly all of that film’s grosses comes from playing as a second feature with “Thor” in drive-ins, with its numbers already included in that film’s totals. 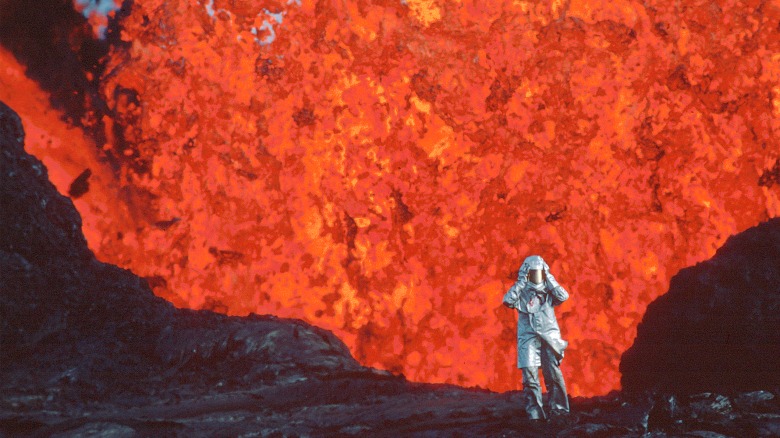 Both Sides of the Blade (IFC) NEW – Metacritic: 72; Festivals include: Berlin, Rendezvous with French Cinema 2022

The Phantom of the Open (Sony Pictures Classics) Week 6

news ‘DC League of Super-Pets’ Opens to #1, but at $23 Million It’s Another DC Disappointment