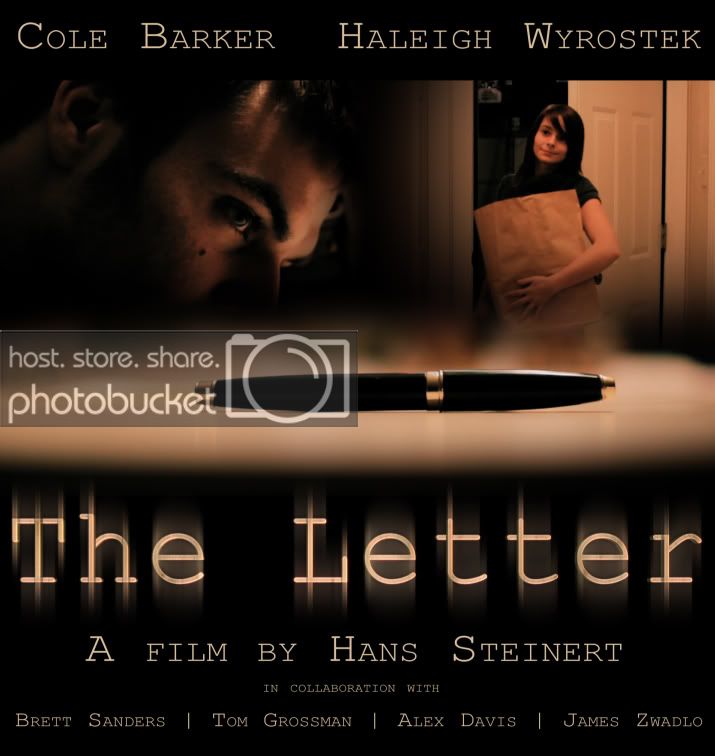 This film was a project for a beginning film-making class that I took this semester where we had to write, direct, film, and edit our own 2-5 minute short film over the course of two weeks. Although I have been a casually self-taught editor for around two years, this was my first time juggling all the other responsibilities involved in the film-making process.

It was shot in one night and post production lasted about two weeks. I'm really happy how it turned out. It is extremely satisfying coming up with an idea for a story and then turning it into a visual experience that you can share with others. It was a blast to make, and I look forward to creating more in the future.

Everything was shot with a Canon Rebel t2i, a Sigma 30mm f1.4 EX lens, and a Monfrotto tripod/fluidhead.
Click to expand...


I can provide 1080p and 720p download links if anyone would like them. They're all on a free site I made for this film, which I was tempted to post in this thread since it has no advertisements, but I don't want to roll the dice with the forum rules.

Not bad technically for a first short. From the look of the footage I am guessing you guys didn't use any lights? It has that orange incandescent light look to it.
R

Not bad, the natural light worked at times, but I felt that specifically the bedroom scene was getting too dark. Also I would work some more with the sound design. It was pretty ok, but the footsteps were the biggest thing that pulled me out
F

Yeah, not bad, the story was pretty good and the directing too. Only thing was the lighting and sound kinda threw me off. But that gets a lot of low budget filmmakers, I count myself too. Good job.

The whole idea is farcical. This scheme is wholey full of holes. Chicks do not commit suicide with Desert Eagles. And any sort of handwriting evaluation puts this thing in the homicide catagory. It was okay "by the book", but unbelievable.

I felt it didn't need a narrator's voice. Also, the rising strings were a bit clichéd.

This isn't criticism as such, but I laughed my ass off when he pulled out a gun....

Very good for a first production. I actually thought that the lighting worked throughout the entire film, even the bedroom scene. Sound was the only issue for me. The footsteps would have worked if you would have turned them down a little bit. All in all, a great film!
You must log in or register to reply here.

campaign Welcome to the Treehouse -- Join the crowdfunding journey for Henry's Kingdom.