Tuesday morning saw the announcement of the second-ever batch of TV nominees for the Film Independent Spirit Awards, and while the accolades represent a truly unique set of honorees, the mechanism for deciding those nominees remains painfully flawed.

But first, the nominations.

Film Independent didn’t appear to have any favorites with regard to TV this year, spreading the love to series including HBO Max’s “It’s a Sin,” FX’s “Reservation Dogs,” Starz’s “Blindspotting,” Peacock’s “We Are Lady Parts” and “Rutherford Falls,” and Amazon Prime Video’s “The Underground Railroad” and “Them: Covenant” all of which received two nominations. Also nabbing nominations were HBO’s “Black and Missing,” “The Lady and the Dale,” “Nuclear Family,” and “White Lotus,” FX’s “The Choe Show,” Netflix’s “Squid Game,” and PBS’ “Philly D.A.”

The organization’s choice to only honor series in their first year of existence continues to be something of a double-edged sword. This year saw less dominance for limited series, which is a bit of a boon, considering that serialized television is often built to take several seasons to tell its entire story, giving limited series an advantage with regards to delivering the whole of their story in a single go.

While the intent of the choice is good, guaranteeing a brand new batch of nominees each year, it belies a fundamental misunderstanding about the fluctuating nature of the medium. For every Season 1 of “The Leftovers,” there’s often a Season 2 of “The Leftovers.” Sometimes shows get better. Sometimes shows aren’t on the radar until deep into their overall run. That doesn’t make them less worthy of recognition. If avoiding repeat honorees is a concern, then limit a series to only being nominated in a single year.

Beyond the “all new, all the time” philosophy there is another, more troubling, facet of Film Independent’s TV evaluation process, one which further belies a fundamental misunderstanding of narrative storytelling.

When submitting for the Spirit Awards, a TV program must include a single, “representative” episode of the series. On the film side, the entire film is submitted. That’s a problem.

The reason that’s a problem is that a single episode of TV is not a TV season, much less a TV series. Film Independent is presenting a selection of nominees, arguably the best of the best, based on a single episode of each series. That’s like asking the film industry to only submit 10 minutes of their movie and from that, the finest independent films will be determined. Can you imagine the uproar? Such disrespect for film shall not be borne.

When a new series is launched, networks and the like will often send out several episodes, if not the entire season, to critics to inform their review. That’s because it’s disingenuous to suggest that the quality of the whole can be determined by such a limited window into the larger story.

Would it take the Film Independent nominating committee exponentially longer to review entire seasons of shows in competition? Absolutely. But if you aren’t willing to invest that time, then the prizes you’re presenting don’t actually mean anything. You devalue your own brand and you disrespect the industry you purportedly wish to honor.

Further, the Spirit Awards inability and/or disinterest in placing financial ceilings on submitted projects flies in the face of its own mission. The indie label, as in, not financed by a studio, stopped being relevant for Spirit Awards films in 1994, when Film Independent honored Darnell Martin’s “I Like It Like That” from Columbia Pictures, but the film budget cap — currently $22.5 million — remains. Independent TV doesn’t really exist at this juncture but that’s not really relevant. What is relevant is how much money is being poured into some TV series as compared to others.

The TV industry is notoriously tight-lipped about budgets, but there’s still plenty of information that can be gleaned about what certain streamers are willing to pay for premium content. 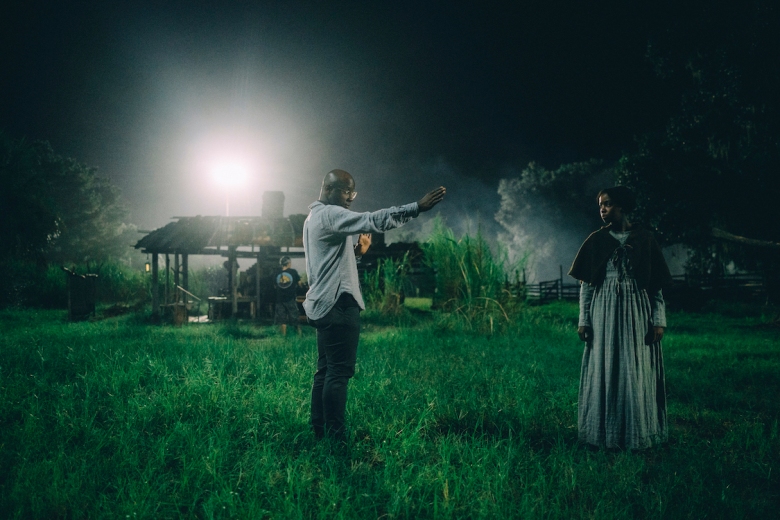 Now, “The Underground Railroad” is unquestionably among the greatest shows of the year, if not the greatest. It is an unequivocal triumph and a testament to Barry Jenkins’ creative oversight and direction. But in May, The New York Times reported that on more than one occasion daily production costs nearly exceeded $1.5 million. Say that’s an anomaly. Say daily production costs were a fraction of that, $500,000. “The Underground Railroad” was in production for 116 days. That alone is $58 million, which is to say nothing of post-production costs which probably weren’t cheap. Not a dollar of that money was wasted, given the quality of the finished product.

The Spirit Awards for TV nominations themselves underline the strange disparity in budgets that just isn’t being taken into consideration. It was revelatory that this year saw several comedies, which often have significantly lower budgets than their dramatic counterparts, including “We Are Lady Parts” and “Rutherford Falls,”break through with Film Independent something all the more miraculous considering they’re going head to head with series with considerably larger checkbooks.

To Film Independent, price is no problem, but only when it comes to TV. For TV, all that matters is uniqueness of vision, original and provocative subject matter, and diversity and inclusion on all fronts. For film, the project must also gain a portion of funding from independent sources, which as previously established, doesn’t really translate to television, but also, economy of means regarding total production cost and individual compensation, both of which could absolutely translate to television.

Would it be a colossal pain? Absolutely. Would it force studios and streamers to disclose financial specifics that they would rather not? You bet. Could it be done? Sure.

But again, it seems as though that’s a level of effort that the organization is not willing to invest. And, honestly, that’s fine.

Film Independent doesn’t have to do the work. But if they aren’t interested in doing so, they probably shouldn’t be handing out TV awards.
Click to expand...

news TV Winter Awards Scorecard: Which Shows Got the Most Recognition?