When you’re running a marathon, mile 25 is the time to start wondering if your legs will go out. In my case last weekend, I was thinking about the future of the arthouse. In a state of inhuman exhaustion as I hurtled down 59th Street and prepared to enter Central Park, I found myself staring at the marquee for the Paris Theatre, where “Bardo” and “Stranger Things Day” loomed large. In between wincing from pain and squinting through sweat, the angle for this week’s column dawned on me. How do arthouses around the country — those without the luxury of a major streamer behind them — plot out a plan for the future?

Netflix took over the Paris in 2019. The single-screen institution remains a pet project for top executives there, and a handy resource for awards-season qualifying runs. Until last week, it also had a veteran curator, with former Museum of the Moving Image program director David Schwartz as manager of theatrical programming. On Wednesday, Schwartz announced that he would leave the Paris at the end of the year.

“I want to do something a bit more independent,” he told me this week. “The excitement was relaunching the theater.”

Programming for an independent arthouse is certainly one way to look for more unpredictable pastures. Working outside the Netflix-financed comfort of the Paris means confronting the bitter truth that the arthouse business continues to crater at an alarming rate.

Movies like “TÁR” started strong in limited release but dwindled with expansion; even a solid start for “The Banshees of Inisherin” isn’t enough to make a huge dent in the larger equation. Hip youth-oriented releases like “Everything Everywhere All at Once” show up in multiplexes more than boutique cinemas. Godspeed to Schwartz in his future indie endeavors; it’s dreary out there, as plenty of grouchy industry insiders remind me on the regular.

Brace yourself for the optimist: Here’s why hope springs eternal for the arthouse. Small, locally oriented cultural institutions serve their communities’ needs in ways that can be scaled to match the wider market without exclusively relying on it. Recent prophesies of doom often miss the forest for the trees: Independent arthouses are more than the frontlines for film culture. Many exist on a modest scale and that’s essential as audiences continue to contract.

But all of this works only if they’re smart about working together. Arthouses lack a unified nationwide support network, but the loose collective known as Art House Convergence is heading in that direction. The Sundance Institute served as its fiscal sponsor over the past year and AHC recently anointed a new board of directors that includes entities from grassroots institutions like Film Streams in Omaha, Nebraska, the Ragtag Cinema in Columbia, Missouri, and the Over-the-Rine Film Festival in Cincinnati, Ohio. It’s a decent reflection of the effort to preserve the arthouse concept in America.

Now this makeshift organization must mobilize with a uniform agenda. I’ve heard from a lot of people in the industry on this topic and above all, it seems crucial that AHC extend its mission beyond the need for inclusive programming and supportive workplaces. They’ve got to prioritize the practical needs that make independent arthouses sustainable.

Here’s my modest contribution: a list of five easy steps to ensure their survival, determined in part by reviewing published AHC survey data. Yes, that word “easy” is loaded and sure to annoy a few people sweating through these daunting challenges. To which I say: Bring on the rage, but also your own ideas (write me: eric@indiewire.com).

We can’t judge the efficacy until arthouses give it a shot. It’s time for a holistic approach to keeping the lights on.

Many arthouses have become nonprofits, yet a 2018 survey by AHC and SMU DataArts found that performing arts organizations attract more revenue from individual donors compared to film organizations, even though 40-60 percent of those film organizations’ revenue comes from donations. Smaller organizations don’t need to rely on only the wealthiest people for support. Cinephiles have grown up going to the movies there, see the value, and donate to keep it alive. 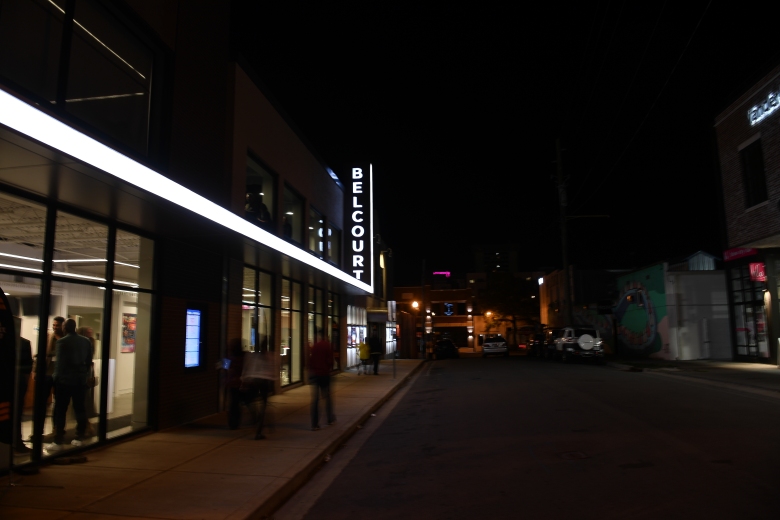 The Belcourt Theatre in Nashville, Tennessee

Toby Leonard, longtime programming director at the Belcourt Theatre in Nashville, Tennessee, told me that the nonprofit model has been critical to the theater’s survival. “If we were a commercial cinema showing one film in one hall four times a day for seven days, we wouldn’t make it,” he said. “You wanna do shit like this, you’ve gotta be a nonprofit. It’s invaluable to us.”

For years, the existential terror of the arthouse revolved around its aging foundation: highbrow moviegoers born in the ’40s and ’50s. As it turns out, this demographic has stuck around long enough to outgrow the habit — the pandemic inspired them to figure out streaming and satisfy cultural appetites at home. That leaves many institutions struggling to attract younger audiences. They have to book movies that appeal to to them, but it’s a vicious cycle: Distributors don’t want to send their movies to theaters without a built-in youth demo.

“A lot of older arthouses were reliant on the older-audience model,” one longtime booker told me. “They became too reliant on those movies and now they don’t yield those same returns. It’s a real chicken-and-egg situation. This is a process that requires real initiative and strategy.”

How can a theater prove that it can attract the right demo if they don’t already have the movies they want to see? Read on.

Outsource Your Program to the Arts Community​

Repertory cinema is crucial to many arthouses, but they often pick up the same 4k restorations as their brethren. Rep cinema has the chance to be unique by asking local musicians, comedians, and other performing artists to curate repertory series that radiate the kind of special-occasion vibe that gets (younger) people out of the house. This also ensures that the arthouse engages with the broader cultural community rather than settling into a remote niche.

Start with the core creatives. In New York, many arthouses invite filmmakers with new releases to curate series featuring their inspirations. At The Paris, the Russo brothers wanted to show Francois Truffaut’s “Shoot the Piano Player,” and audiences turned out for it. You don’t have to be a Marvel-certified success story to curate your influences. Ahead of the release of the astounding dark comedy “Funny Pages” at Film at Lincoln Center this summer, director Owen Kline curated a series of twisted cartoonish work from the likes of Ralph Bakshi and Frank Tashlin (among others). Filmmakers often embrace opportunities to program repertory series if asked; they also bring out their own networks to see these movies.

Make Room For Genre Movies that Play Off Commercial Cinema​

I’m not the biggest fan of “Terrifier 2,” but this splatterfest proved that extreme genre filmmaking generates buzz and draws crowds. However, I refuse to believe that extremism is the sole secret to its success; the movie has done well because horror movies often do well, and many theaters don’t show enough of them. Leonard told me that one of the Belcourt’s most popular series is an October horror package — and the audience buys tickets without even knowing the lineup. The genre sells itself.

This isn’t just true for the horror. Consider the everlasting appeal of superhero movies: If a theater can book one it usually will, but even those that can’t may piggyback on its appeal. With “Black Panther: Wakanda Forever” out this week, I’m reminded of BAM’s seminal “Afrofuturism on Film” series programmed around the first “Black Panther,” which leveraged the appeal of a major studio tentpole to attract audiences to a much wider array of ambitious programming. Studio tentpoles aren’t going anywhere; neither is the opportunity to exploit them.

Bring TV to the Big Screen​

Back to the marathon. In addition to thinking about how gratifying it must be to see “Bardo” in 35mm, my exhausted runner’s mind also wondered: What the hell is “Stranger Things Day”? 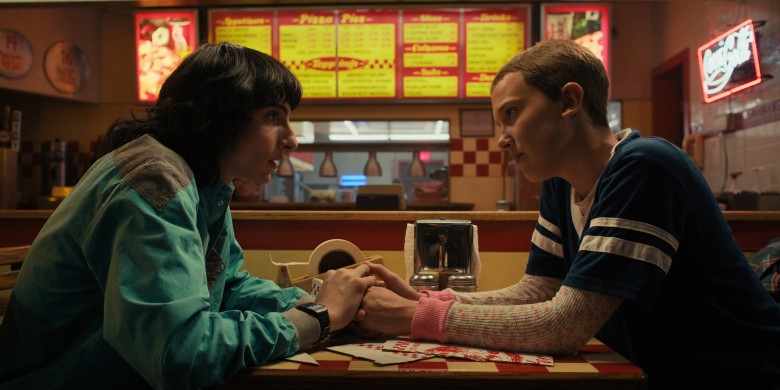 Not being a superfan of this bloated sci-fi show, I missed that Netflix turned November 4 into a national celebration of its biggest hit, an unabashed marketing tactic that included theatrical events in major cities ranging from Atlanta to Jacksonville. The Paris screened the last two episodes of the most recent season in full theatrical DCPs and Schwartz said the event sold out fast. “There will always be a handful of movies that feel like events,” he said. “But everything else needs to feel like an event, too.”

Theaters that make room for the occasional blockbuster ought to be more responsive to the excitement around new TV shows as well. Superfans will turn out to see their favorite programs with optimal theatrical image and sound; they also might catch an ad for an upcoming repertory series or limited release movie they want to see, too.

Some might see this kind of programming directive as a betrayal, an acknowledgment that pristine 35mm prints aren’t enough. But ignoring the television side of the equation risks alienating audiences who might discover the joy of the arthouse experience — regardless of what got them there. Being in a space that reflects passion for the cinema can be enough for younger viewers to feel like they’ve discovered a home away from home, and that’s what makes them want to come back. In this business, you don’t have to run a marathon to feel like you’re in the midst of one, but it’s well worth the pain if people keep showing up.

As usual, I encourage readers to share their feedback on this column with their own advice, insights, and questions that could be addressed in future editions: eric@indiewire.com