news The 15 Best Survival Movies, from ‘Cast Away’ to ‘The Revenant’

From “Gravity ” and “Wild” to “The Way Back” and “Jaws,” the most compelling survival movies fearlessly examine characters’ will to live, imbuing their perilous struggles with the intensely personal motivations and desires that make every person unique. These stories allow audiences to consider what specific obstacles along one person’s quest for survival and happiness say about humanity writ large. What’s more, they challenge viewers to look inward and consider what truly matters when the chips are down.

The best survival films immerse viewers in life-or-death scenarios, balancing realism and believability with slow-burn suspense. Even in lighter survival fare, such as “Swiss Family Robinson,” filmmakers have to keep up the pace and pressure to deliver the subgenre’s characteristic urgency. Sure, “Cast Away,” “The Revenant,” and epic sagas like them are sweeping in scope with the lengthy running times to match. But survival stories work best when every frame feels like a passive threat to the protagonist’s existence.

Many of these films are adapted from books, which in turn recount harrowing real-world nightmares. Accuracy is not required for a docudrama, such as “Alive” or “The Impossible” to succeed at the box office or with critics. But factually-based films undoubtedly offer more value to movie lovers learning about the world through a cinematic lens, and this ranking of survival films generally reflects that.

Pack water, a weapon, and some freakin’ sunscreen: Here are the 15 best survival movies ever made, including “Captain Phillips,” “127 Hours,” “A Quiet Place,” The Martian,” and more. 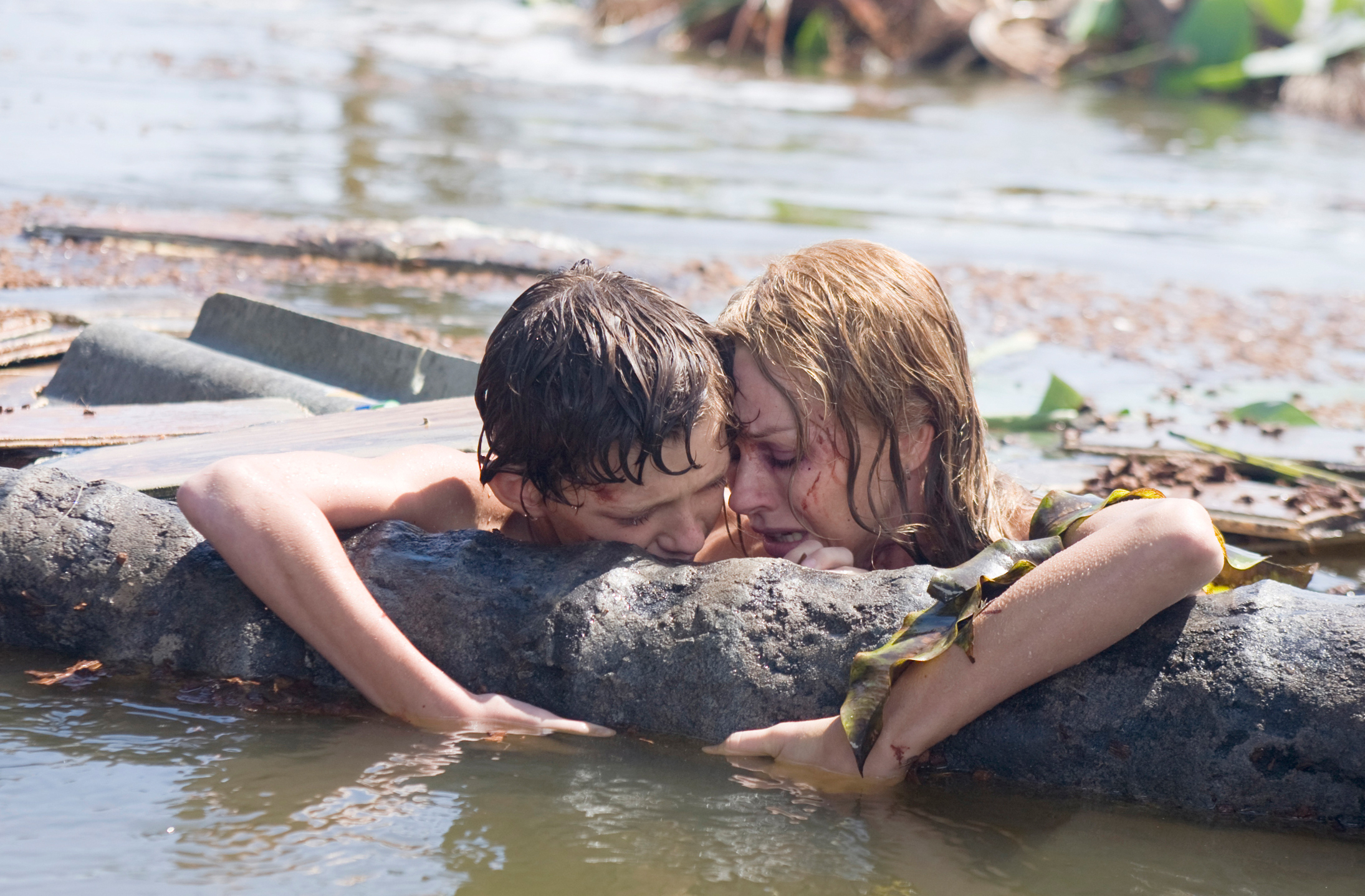 Fourteen-year-old Tom Holland makes his feature film debut in “The Impossible,” an epic dramatization of the 2004 Indian Ocean tsunami disaster that claimed nearly 230,000 lives. Directed by J. A. Bayona (“Jurassic World: Fallen Kingdom”), the film is based on Spanish physician María Belón’s harrowing experience. She survived the event with her husband and three sons, later returning as an on-set consultant in many of the same locations where her family was vacationing when the 9.3-magnitude earthquake hit.

Starring Naomi Watts and Ewan McGregor, “The Impossible” has been criticized for focusing its story on a white family when the real events disproportionately impacted the native people of Southeast Asia. It appears on this list in spite of that choice for its significant artistic achievements, reflected in real survivors’ defenses of the film arguing its accuracy merits significant praise. Massive sets incorporating thousands of gallons of water were used to convincingly recreate the perilous landscape the tsunami’s real survivors faced. Safety concerns were heightened on set because of Holland and the other child actors.

“I remember [Naomi Watts and I] were hugging this tree, but because of the current, it would blow our legs underneath,” Holland said in a 2012 interview with The Hollywood Reporter, describing a hazardous and unpredictable filming experience. “So if you look at some of the outtakes, we would be doing the scene and suddenly one of us would disappear and we would shoot across the way.” Watts received a Best Actress nomination at that year’s Academy Awards. 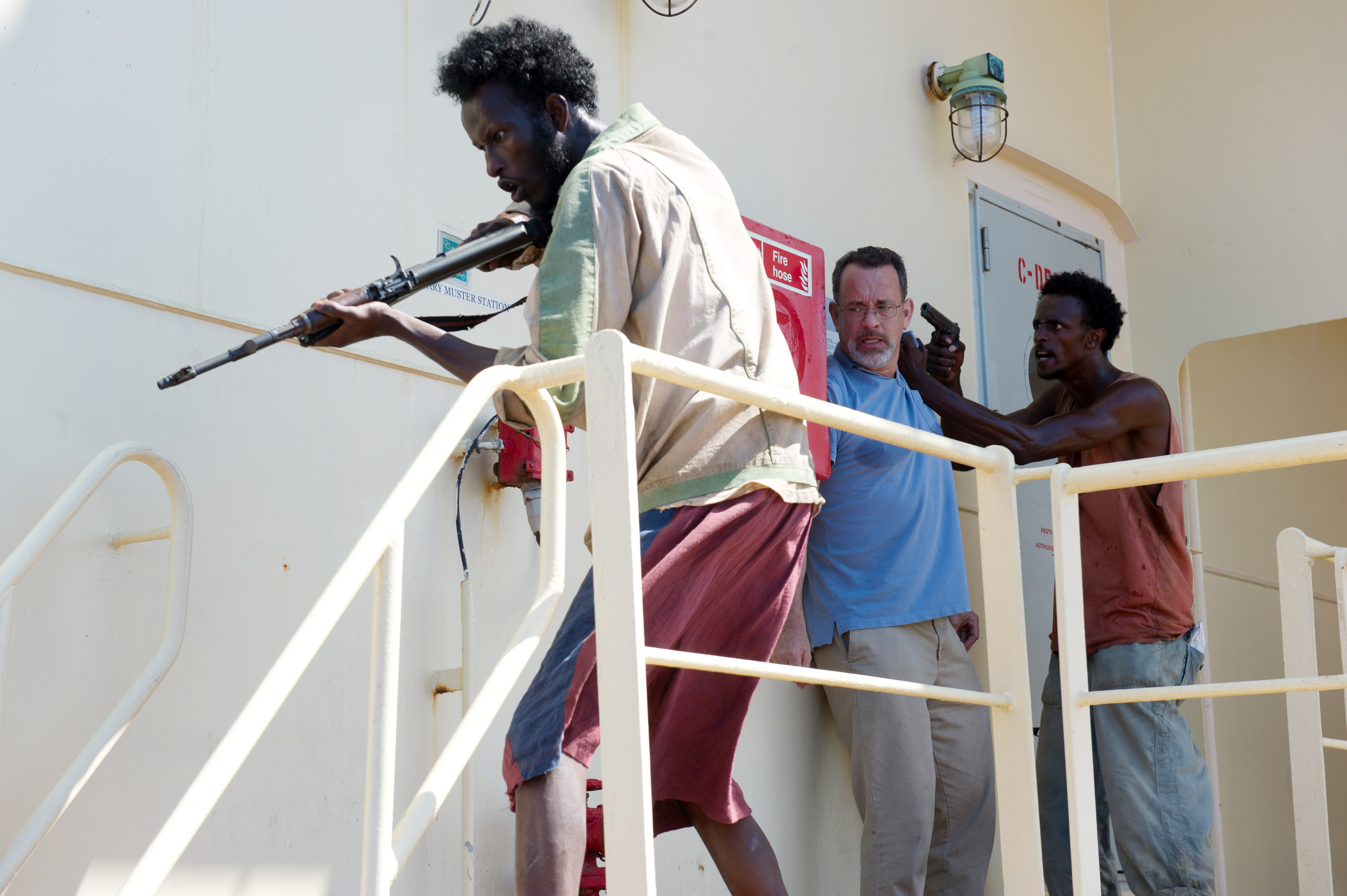 Directed by Paul Greengrass, “Captain Phillips” is controversial not for its content, but because the film’s real-life inspirations disagree about what happened during the 2009 Maersk Alabama hijacking. Tom Hanks stars as the titular Richard Phillips, the captain of an American cargo ship seized by Somali pirates. Over four days, Phillips and his crew navigated an increasingly fraught hostage situation, involving numerous escape attempts and multiple onboard fatalities. The film is based on Phillips’ account of events, as told in his 2010 book “A Captain’s Duty.” Following its release, other survivors argued the movie was inaccurate and portrayed Philips as a hero he was not. Phillips and the shipping company he worked for were subsequently accused of knowingly putting their employees at risk by sailing into dangerous waters. Maersk settled a lawsuit regarding the incident in 2017, with the plaintiff’s firm describing the case as having “effectively ended Somali piracy.”

“Captain Phillips” was nominated for six Academy Awards, including Best Picture. Barkhad Abdi, who portrayed real pirate Abduwali Muse for the film, received a Best Supporting Actor nod for a series of electric scenes with Hanks. As compelling as it is claustrophobic, the project boasts feel-it-in-your-bones sound editing and a strong combination of interior and exterior shots. On deck, tense acting exchanges pull focus from the stunning, sweeping horizon. Below, warring motivations and mounting tension clatter around like coins in a tin can, creating a jarring effect with an almost addictive rhythm. 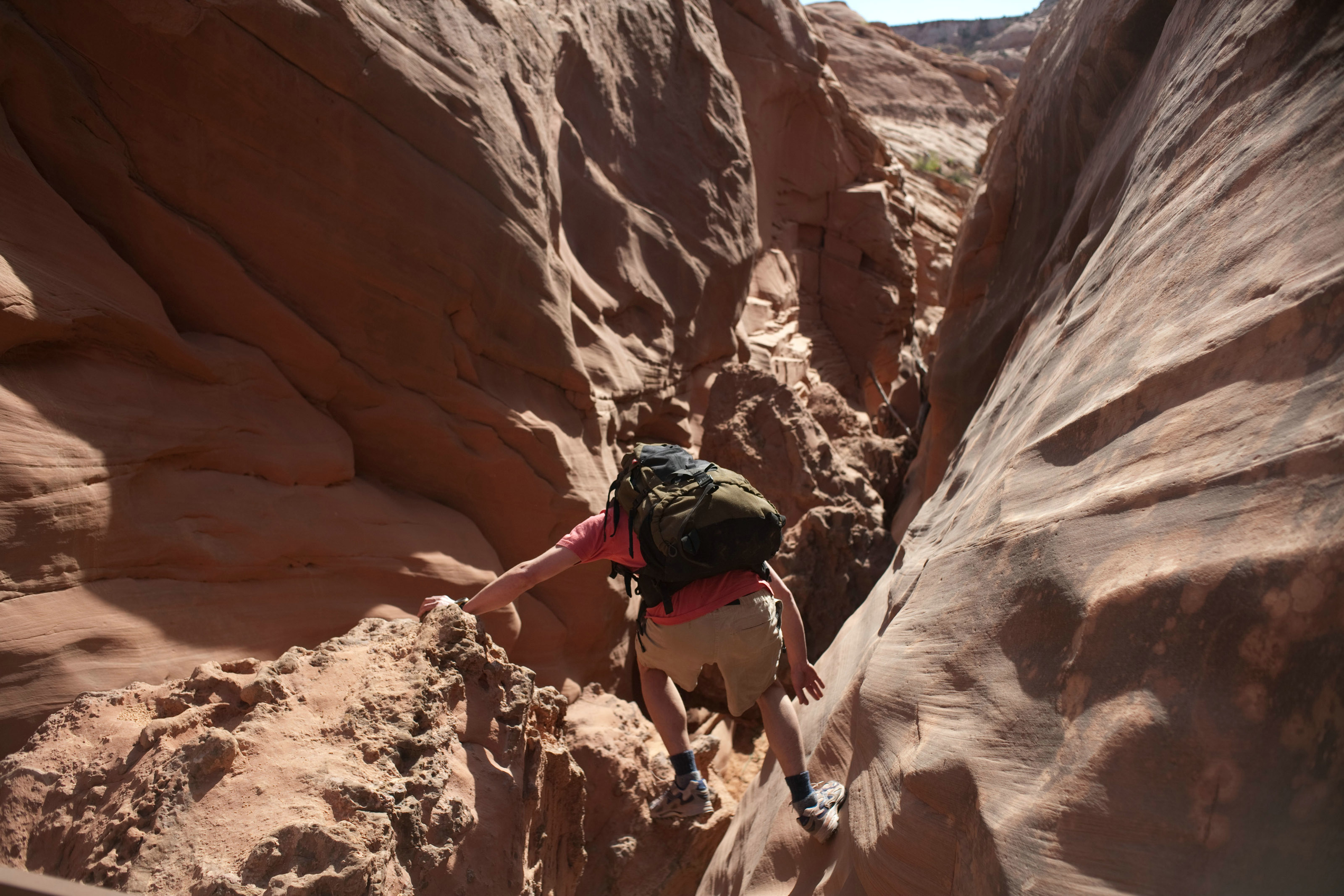 Sweeping survival epics portend a kind of you-get-what-you-pay-for mentality. Go to space? Yes, you might die. Survive the apocalypse? That sucks that that happened, but, again: Yes, you might die. Directed by Danny Boyle, “127 Hours” tells the more grounded tale of a solo mountain climber that still capitalizes on the dramatic irony of its protagonist’s mistakes via a gut-churning slow-burn embracing character complexity. James Franco plays Aron Ralston, a mountaineer whose 2003 brush with death and resultant memoir “Between a Rock and a Hard Place” provide the factual basis for the film. On a hike in Utah’s Canyonlands National Park — an intricate slot canyon system carved by the Colorado River — Ralston attempted a steep descent down a rock face. The 27-year-old outdoorsman then slipped and was pinned to the canyon wall by a falling boulder. “127 Hours,” or just over five days, is how long Ralston spent stuck there before taking drastic measures to free himself.

“127 Hours” is significantly smaller in scope than other films on this list, but offers a never-wracking intensity amplified by its would-be limitations. Similar to Alfred Hitchock’s “A Lifeboat” or the Ryan Reynolds-starring “Buried,” it’s largely set in one location and forces Boyle to flex his characteristic creativity to make that gripping. Scenes of Ralston speaking to a handheld camcorder stick out as particularly inventive, even if Franco’s performance sometimes fails to connect. 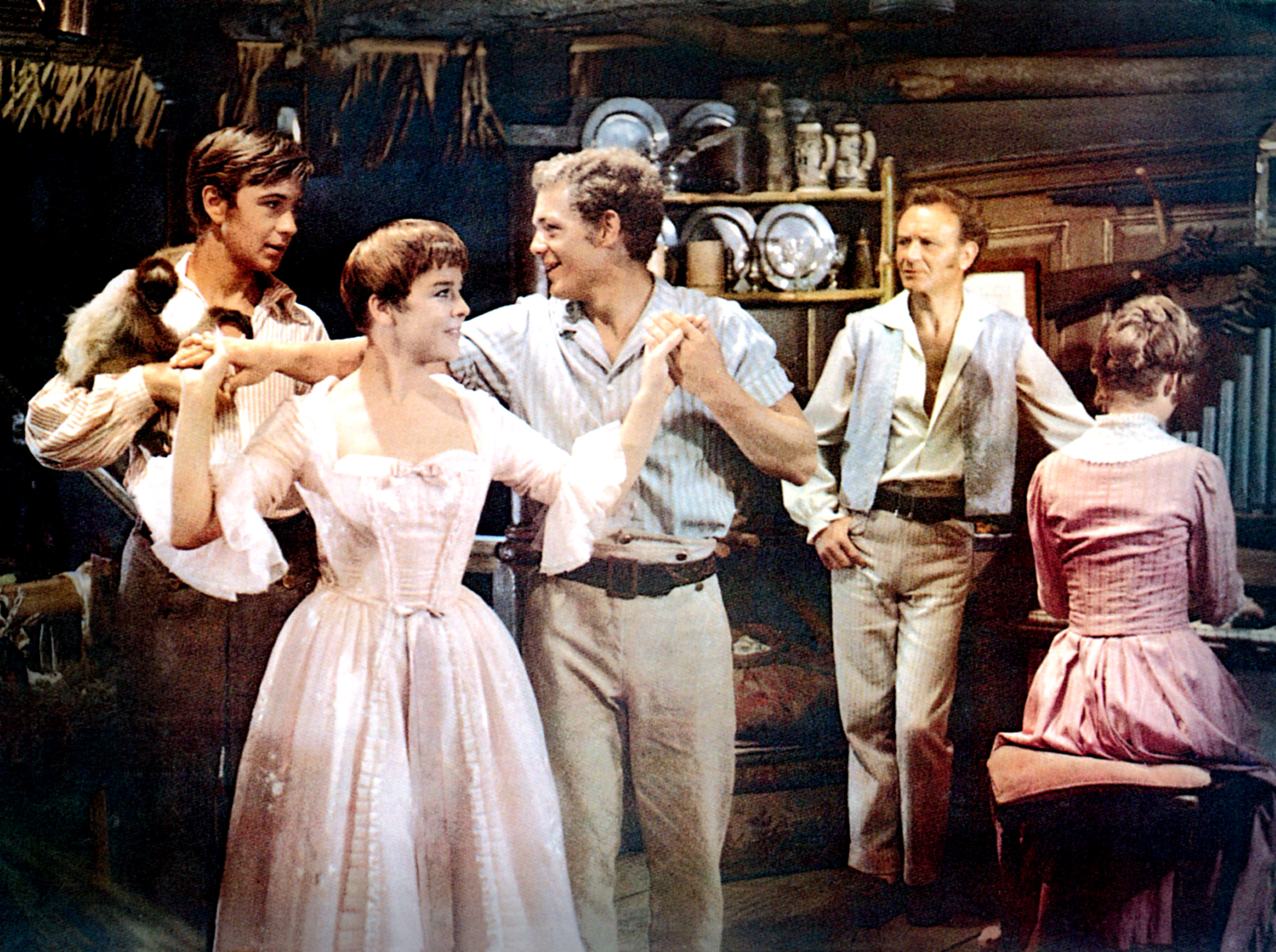 By far the cheeriest title on this list, director Ken Annakin’s “Swiss Family Robinson” is the second adaption of author Johann David Wyss’ novel about a Swiss family shipwrecked in the West Indies. (Edward Ludwig delivered his good-but-not-as-good version, released by RKO Radio Pictures, in 1940. It’s worth seeing, if only because Walt Disney purchased the rights to it exclusively so he could pull the film from the market and produce his own studio’s take.)

With treehouses to build and safari animals to ride, the heroes of the 1960 live-action Disney classic meander through their survival story with markedly happier demeanors than other protagonists on this list. But what “Swiss Family Robinson” lacks in suspense it makes up for with effervescent charm, timeless wit, and a scene-stealing tiger. The film’s message — that wherever you end up is exactly where you’re meant to be — is supported by clever twists on classic survival tropes that still amuse decades later. 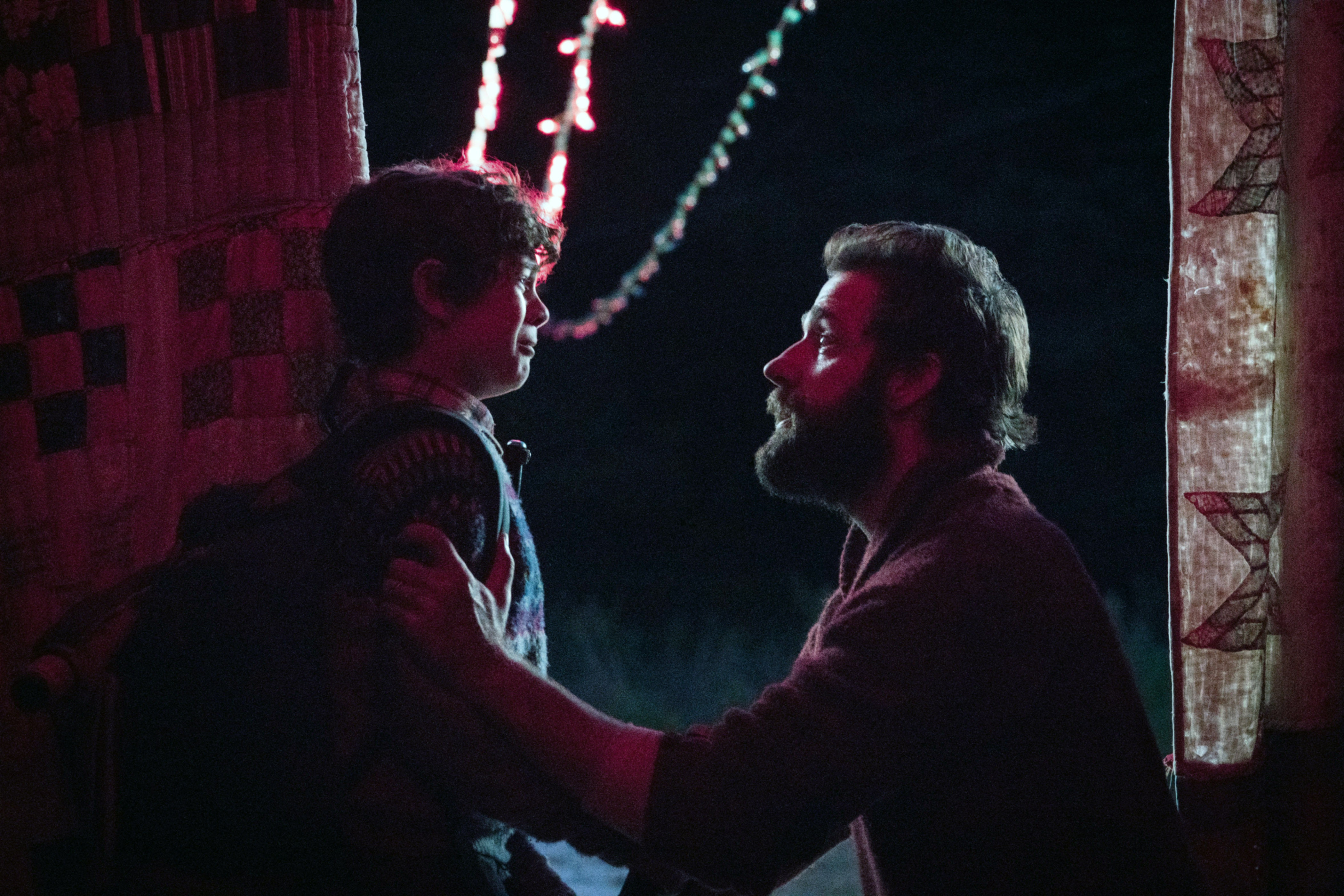 John Krasinski delivers one hell of a directorial debut with “A Quiet Place,” the post-apocalyptic sci-fi survival epic that imagines Earth as a planet infested with creatures hunting humans by sound. Casting himself and his wife Emily Blunt in the lead roles, Krasinski elevates what could be a one-note schtick fit for a C-level creature feature into an authentic family drama rooted in reflections on trust and forgiveness. When parents Evelyn and Lee lose their youngest son Beau (Cade Woodward) to an attack by the blind aliens known as “death angels,” they resolve to stop at nothing to protect their other children, Regan (Millicent Simmonds) and Marcus (Noah Jupe).

There’s an inherent charm to the life Evelyn and Lee re-build for their family. When the aliens make their inevitable return, “A Quiet Place” uses emotion to set the audience on edge. Then, the Academy Award-nominated sound editing strikes. This 2018 outing is notable for its laundry list of successful thriller elements; Blunt and Krasinski’s undeniable onscreen chemistry; and the casting of a deaf actor in a deaf role. (Simmonds, who is deaf, consulted on her character Regan and to great effect.) The film received its first sequel in 2021 and has another in the works for 2023.

“The conceit that drives this burgeoning franchise — aliens, but they hear really well — makes for effective enough horror and tension…” IndieWire’s Kate Erbland writes in her review of “A Quiet Place Part II.” “…But Krasinski’s very real, very deep affection for the family he has placed in the middle of all this is what seems destined to keep truly growing.”
Click to expand...

news The 15 Best Episodes of ‘Abbott Elementary’ (So Far)