news ‘TÁR’ Sticks Its Landing, Joy for ‘Triangle of Sadness’: Specialized Box Office Is Back

As we resume our Sunday specialized analyses after a 30-month absence, it’s time for a PSA: Nuance matters and opening weekends can be misleading, but initial results matter both for what they indicate as well as for their influence on future coverage.

The excellent news is that both films, going slightly different directions to start (“TÁR” a traditional four-theater New York/Los Angeles start, “Triangle” 10 theaters in six cities) need no excuses. Each showed decent or better signs of initial interest, not only compared to recent releases but also to similar titles pre-pandemic.

“TÁR” opened in two traditional New York platform locations (Lincoln Square and Angelika) and two in Los Angeles (Grove and Century City). It came in with $160,000, or $40,000 per theater. This is the best limited initial PTA since “Everything Everywhere All at Once” (A24) debuted with $500,000 in 10 theaters last spring.

That film caught a wave, with great marketing and strong reviews drawing in younger audiences rather than the hard-to-draw older ones for Todd Field’s new film, a nearly three-hour drama. “Everything” also had huge initial appeal to Asian audiences, core to its initial success. It has reached $70 million, something no one imagines is remotely possible for “TÁR,” even with a leading Best Actress contender.

Of note is that “Little Children,” Field’s last film, similarly with strong acting but also a heavy drama, grossed $97,000 in five theaters initially in 2007. Adjusting for inflation, that’s a similar result. Consider that a victory.

“Triangle,” an English-language satire of the wealthy from Swedish director Ruben Östlund went wider, with six theaters in New York/Los Angeles (three also playing “TÁR”), two each in Toronto and San Francisco. Its $210,000 take led to a PTA of $21,000. The director’s “The Square” in 2017, also a Cannes top prize winner, did $74,000 in four initial theaters. So not only did “Triangle” do better, it did so in more than twice as many theaters. That’s encouraging.

Of relevance now and going forward: More than ever, distributors are enhancing opening limited weekends. These strategies include not only Thursday previews, but also earlier paid shows, Q&A screenings, and promotions that can slightly elevate the total. All fair game, but another reason that first contact with the public doesn’t always indicate future results.

Also of note are the head-to-head grosses in the same theaters. Through Saturday, “TÁR” took in $87,000 to $48,000 for “Triangle.” The latter had an additional run in both cities.

Exhibitors are anticipating both films will have longer-than-standard windows with expansion. In the case of “TÁR,” they have been told that Focus’ normal three weeks post-release PVOD won’t kick in at least until after the October 28 wide release (with expansion in between, starting with 30 additional theaters in 10 markets this weekend). “Triangle” also expands right away.

“Terrified 2,” a much different specialized release, held over this weekend after the Cinedigm release presented by Iconic Events added $825,000 over earlier weekday results in 886 theaters. That was good enough to displace “Top Gun: Maverick” in the top 10. 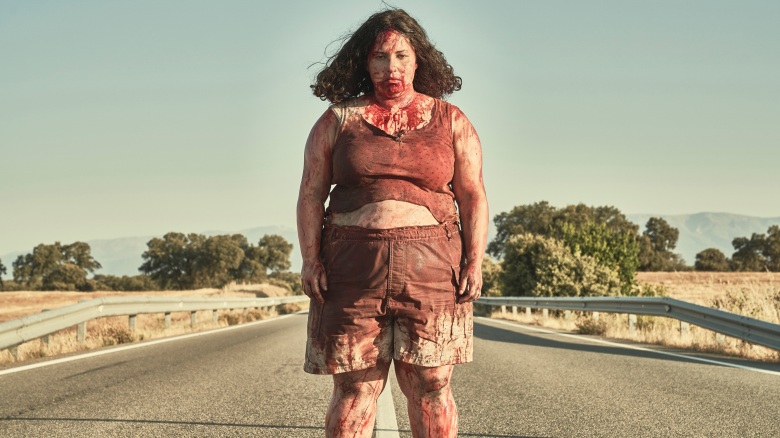 Many releases still fail to report, something that became the norm during the pandemic. These films include “Piggy” (Magnolia, well reviewed out of Sundance) and “To Leslie” (Momentum) with Allison Janney, a hit at SXSW. The handful that did report numbers, whether limited or wider, all had PTAs well under $1,000. They are listed below.

Ongoing runs will play a big part of these reports, but as the grosses below suggest shelves are bare at the moment. Coincidently, this is the first week after 28 that “Everything Everywhere” is absent. It will be a tough achievement to top this year.

Superspreader: The Rise of #Let Us Worship (Iconic)

See How They Run (Searchlight) Week 4