news ‘Stranger Things’ Might Have a ‘Game of Thrones’ Problem

In the trailer for “Stranger Things 4: Volume 2” it seemed certain someone would die.

And someone did die, but just one someone and not necessarily a someone who seemed in terrible danger before the two supersized episodes hit Netflix July 1 (or who even existed before the first batch of episodes debuted May 27). Eddie Munson (Joseph Quinn), newcomer and fans’ Season 4 favorite, went out in a blaze of glory, decimated by otherworldly bats while he bought time to save everyone else. In fact, he died the exact death that almost befell Steve (Joe Keery) in “Volume 1,” but the Duffer brothers wouldn’t dream of killing Steve — or any of its other longtime leads, it seems — with another season left to go.

Quickly disposing of Eddie was never a guarantee, based on the show’s track record. Sadie Sink’s Max joined in Season 2 and her arc was easily one of Season 4’s strongest. Maya Hawke’s Robin entered the mix in Season 3 and fits in seamlessly. The upcoming “Stranger Things” spinoff will allegedly not follow any of the main leads, but new characters, so treating Eddie or anyone in Season 5 as mere pawns doesn’t add up.

Creating characters only to destroy them was a problem that plagued another too-big-to-fail TV show, which ended just three years ago even if it feels more distant: “Game of Thrones.” Once HBO’s megahit drama surpassed the timeline of George R.R. Martin’s text, it became painfully clear that the show’s writers had not one-tenth of the author’s plotting prowess. There was Sansa’s marriage, an exercise in sadism that prompted immediate, visceral backlash; Jon Snow’s identity reveal was drawn out to the point of treading water, not to mention the battle with the Night King and more; plus, from the moment Snow awoke on that table in Season 6, there were absolutely no stakes in a show known for putting everyone and everything in peril.

For its last three seasons, “Game of Thrones” delighted in duels, battles, and dragon attacks that would kill everyone except its main players. The masterfully directed Season 6 finale wiped out an entire royal family, but as with “Stranger Things,” it didn’t include anyone first introduced in the pilot episode. Season 8’s battle of Winterfell followed suit, eliminating beloved secondary and tertiary characters in order to further propel the leads toward action. By the time Cersei and Jamie died arm-in-arm in the series finale, their passionate pursuits had been drained of urgency.

It’s not a new problem for “Stranger Things” either, which killed off Sam (Sean Astin) in the same season he was introduced and supposedly killed off Hopper (David Harbour) at the end of Season 3 only to place him firmly in Season 4 teasers as early as February 2021. Billy (Dacre Montgomery) showed up in Season 2 and died in the Season 3 finale after a baffling redemption arc, along with Dr. Alexei (Alec Utgoff) who was only introduced a few episodes earlier. It’s a perplexing pattern for The Show That Killed Barb to keep adding new blood just to spill it. 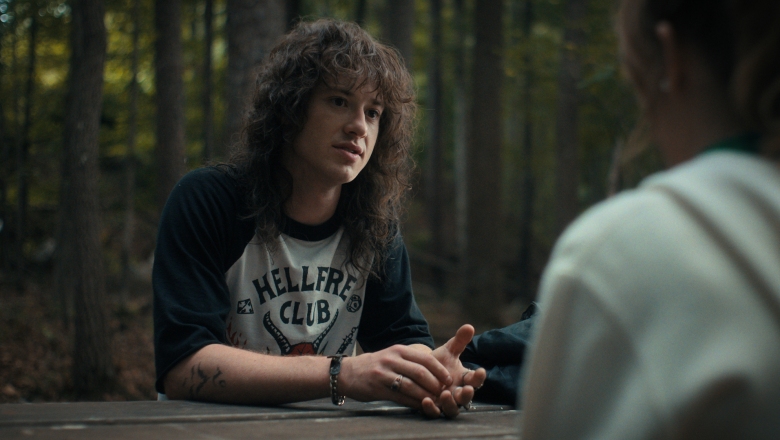 Goodbye to a highly likable and highly dispensable character.

As noted in IndieWire’s review, 2022’s episodes end in a blatant setup for Season 5 that also happens to nullify much of Season 4’s climax. The Upside Down once again breaches Hawkins. Vecna is alive and looming. Our heroes’ main objectives — save the town, destroy Vecna — weren’t accomplished, so… they just have to try again next season? As entertaining as it is to watch beloved characters battle demogorgons, demon bats, and Vecna’s tentacles, it’s growing repetitive, especially with Season 4’s lengthy episodes. Considering there’s only one season left, “Stranger Things” is poised to kill time Westeros-style until its final moments.

But there is hope. Creators Matt and Ross Duffer still haven’t penned “Stranger Things 5,” which debuts in 2024. They’ve done better with “Stranger Things” overall than the “Thrones” writers left unmoored by Martin, and there’s still time for Season 5 to provide memorable moments with actual risks.

This is also not to say killing characters is the only way to sustain narrative tension. In fact, needlessly offing fictional heroes seems more tasteless by the day in our world, but TV like “Stranger Things” offers an escape, for better or worse. Whatever problems the audience may be dealing with, they can be ignored for 13-plus hours and put in perspective by flocks of bats and telekinetic “mind fights.” A good story, when properly told, has the power to move viewers emotionally, through joy and triumph and fear and pain. “Stranger Things 4” did as much in Episode 4, “Dear Billy,” with Max’s life in the balance right up until the final moments. She survived, but only just, and the resultant emotional release still has fans buzzing.

If “Stranger Things 5” does one thing, it should take big swings. Narrative swings, action swings, and acting swings for an intensely talented young cast. (Justice for the sidelined Noah Schnapp!) Even if everyone makes it out alive, viewers should feel changed by the end of this experience, not jaded or cheated by a resolution they never get.

“Stranger Things” is available on Netflix.
Click to expand...

news David Harbour: I Thought ‘No One Would Watch’ ‘Stranger Things,’ Netflix Series Would Be a ‘Disaster’