Spike Lee: The One Good Thing About Quarantining Is ‘the Earth Has Come Alive’

Staff Member
David Lynch made a prediction this week that people around the world will emerge from their quarantines more spiritual and much kinder, but Spike Lee is already seeing a benefit to the world being on lockdown. In an interview on SiriusXM’s “The Joe Madison Show,” the “Malcolm X” and “Do the Right Thing” director said everyone being forced to stay inside has allowed planet earth to begin healing itself.

“Before Corona, after Corona. This is changing everything,” Lee said. “But you know why, the reason, I read an article about it. How pollution is clearing up. Skies are clear. Animals are coming out. I mean you know, the Earth was angry at us. People may think I’m crazy that I believe it in my heart and soul. That we had gone too far and Earth said, ‘Hold up, we gotta change this.'”

Lee surprised fans earlier in his quarantine by releasing the script to his unmade Jackie Robinson biopic. The director has a new movie in the works, Netflix’s war drama “Da 5 Bloods,” but it remains to be scene if it will meet its 2020 release date given Hollywood’s extensive shutdown. Lee was supposed to be the president of the 2020 Cannes Film Festival jury, but the event has been indefinitely postponed. The director has been quarantining in Brooklyn and knows there’s a limit to how much more he can handle.

“I know I can’t stay in long, but I made a movie called ‘Do the Right Thing,'” Lee said on SiriusXM. “On the hottest day in the summer, and I prayed to the almighty God this can’t be happening still in New York in July and August. I’m telling you. Eight and a half people, eight and a half million and we’re still inside in July and August. Oh my God. I don’t know how that’s going to work.”

Listen to Lee’s interview on “The Joe Madison Show” below. 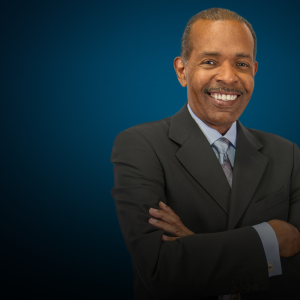 Spike Lee: "The Earth was Angry at Us"

Spike Lee to Joe Madison: "This is changing everything. And but you know why, the reason, I read an article about it. How pollution is clearing up. Skies are clear. Animals are coming out. I mean you know, the Earth was angry at us. People may think I'm crazy that I believe it in my heart and...