When eventual Pulitzer Prize winners Jodi Kantor and Megan Twohey published their first New York Times investigation into Harvey Weinstein’s decades of sexual abuse and harassment in October 2017, the journalists had only a handful of accusers willing to go on the record. In the months and years that followed, more than 80 different women eventually accused the Hollywood bigwig (and now convicted and jailed rapist) of a litany of crimes over many years. Kantor and Twohey’s investigation (and a concurrent one from Ronan Farrow for The New Yorker, with whom they shared their Pulitzer) didn’t just set a course for a reckoning for Weinstein and his crimes but helped ignite the entire #MeToo movement on a global scale. That Weinstein’s downfall was the product of diligent reporting, dogged persistence, and the resilience of a few brave souls is essential to remember. In Maria Schrader’s artful and incendiary “She Said,” we’re reminded of something else that makes for one hell of a movie: It was women who did it.

There is, of course, a dark irony to Weinstein — for so long such a Hollywood titan, a bonafide super-producer — getting taken down (again! and good! do it more!) via the kind of awards-y, end-of-year true-life tale the former Miramax head probably would have loved to make, back when he was, oh, you know, not in jail for multiple sex crimes. Hit him where it hurts. But it’s also bitterly hilarious that Weinstein’s downfall came at the hands of two women, the kind of tenacious, emotional, stressed, and heroic people he spent so much of his life and career trying to shut down. Dozens of films could be made about what Weinstein did, how Kantor and Twohey took him down, and the many lives his crimes disrupted, but Schrader’s would likely still be the best of the bunch, a definitive endeavor right out the gate.

Part of that is due to Schrader’s stars — Zoe Kazan as Kantor and Carey Mulligan as Twohey, who both turn in wonderful performances — and part of it is owed to how much information Schrader and screenwriter Rebecca Lenkiewicz manage to pack into a film that runs just over two hours. Picking up just before Donald Trump’s election (Twohey first came to the Times to investigate the then-presidential candidate) and ending literally as the team hits “Publish” on the October 2017 story, “She Said” provides a robust and pin-neat look at the process behind reporting the story. But the film’s greatest strength goes beyond the fast-paced tick-tock aspect of its story and centers on something much harder to articulate than “it tells us all the important beats of the story.”

“She Said” does that, but it also gives us all the emotions of the story, too. It starts early, as Schrader moves us through a crowded New York City street bustling with people — you know the shot, you’ve seen it plenty of times before — and instead takes time to focus on women, lots of them, regular women just moving about their days, talking on the phone, going to work, hopping on the subway. Women. Everywhere. This story could be about any of them. It is, however, principally about two of them, and Schrader and her stars carefully build entire emotional worlds for these on-screen versions of Jodi and Megan.

Both women are struggling with work-life balance as the film opens (and you also get the sense that the moment you say “work-life balance” to them, they’d bust out laughing). Megan may be the more outwardly cool, calm, and collected one, but Mulligan — always so good at playing women on the edge — brings obvious conflict to the role. When “She Said” opens, Megan is pregnant with her first child. She’s also trying to crack an investigation into Trump’s behavior toward women on the eve of this election. You can imagine the stress, but Schrader doesn’t ask you to. Instead, we witness Megan being berated, threatened, and intimidated by a wide assortment of adversaries (including one insanely discomfiting call from Trump himself). A pissed-off Bill O’Reilly flack calls to scream at her, “ARE YOU A FEMINIST?” as she’s awaiting an early check-up at her doctor’s. Someone could only do this job if they really, really believed in it.

Jodi believes in it, too, even if she’s being stretched thin at every turn. While Kantor and Twohey’s work was very much built on their partnership, from the initial investigation to their book on which the film’s script from Lenkiewicz is based, Schrader often lets Kazan take the lead. “She Said” would not work without both Jodi and Megan, both Kazan and Mulligan, but the story seems to naturally run toward Jodi more often, and Kazan delivers at every turn. She’s tasked with the film’s heaviest lifts, and to deem it “cathartic” when she bursts into tears in the toughest moments or “wrenching” when she must handle the hardest parts of reporting (a scene in which she accidentally lets slip a possible source’s story comes to mind) is diminishing. It’s more than that. 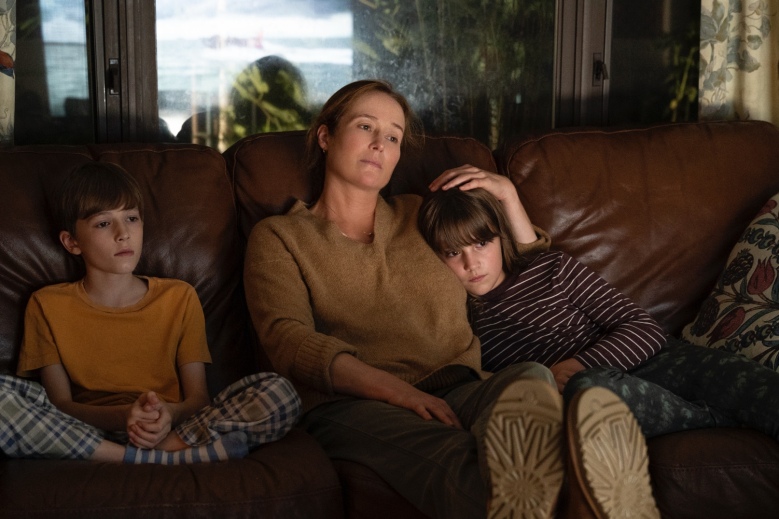 Schrader and her team cleverly weave in a variety of storytelling conceits to paint a complex picture, from assorted flashbacks to simply moving through various locations while key audio is played (one of Weinstein’s accusers visited him the day after he assaulted her, armed with a wire to record the interaction, and Schrader simply plays the audio as the camera glides through posh hotel hallways). It’s immersive and skilled storytelling that telegraphs — as ever — both information and emotion.

Weinstein’s victims run the gamut, and while Schrader’s film primarily focuses on some of the lesser-known women he brutalized (plenty of assistants who started their careers with his Miramax, with Samantha Morton appearing as a particularly outspoken survivor in a single scene that stuns), “She Said” also weaves in the stories of Weinstein’s more famous victims. Ashley Judd appears as herself. Rose McGowan is only a voice on the phone (voiced by Keilly McQuail). Gwyneth Paltrow is often discussed and only “appears” once, during a chilling phone call. Similarly, Weinstein is played by actor Mike Houston, who only shows the back of his head (and that’s enough). He screams and carries on through various phone calls, all of them skin-crawling.

It’s not all perfect. A few stilted moments in its first act — tons of journo speak, some bizarre bits of name-dropping, and a worrisome interest in following the journalists as they take absolutely essential phone calls in the middle of the street — threaten to dilute a bit of its power. That fades as Jodi and Megan push toward what we know is inevitable, somehow still bracing ourselves for the moment their story finally floods out into the world.

“She Said” premiered at the 2022 New York Film Festival. Universal will release it in theaters on Friday, November 18.
Click to expand...

news ‘She Said’: Bringing the Personal Stories to the Forefront of the Investigative Thriller