news ‘Shadow and Bone’ Review: An Impressive Fantasy Series Adaptation with More than Magic on Its Mind

For a series dominated by a giant, ominous void stretching impossibly high and across a wide stretch of land, it would be very easy for “Shadow and Bone” to be similarly swallowed up by darkness. Yet, one thing that sets this new Netflix adaptation apart from so many similar TV endeavors is its continued acknowledgement that there is far more to this fictional world than its threats.

Most of that is handled in the opening episode, a sprawling introduction to nearly every major player in this stage of the “Shadow and Bone” saga. It’s also a helpful overview of the geopolitical situation at the outset of Leigh Bardugo’s series of novels. At its most basic, there’s an ongoing source of tension between those who live in Ravka on opposite sides of The Fold, a large region of shrouded, mystical darkness that only the most seasoned and experienced travelers attempt to cross.

Into this world comes Alina Starkov (Jessie Mei Li), a sharp mapmaker who, through an unanticipated chance encounter, quickly becomes the fascination of those seeking to alter the existing Ravkan power balance. Her experiences become the gateway to many corners of this world, particularly the way of the Grisha, a group of people with varying abilities to summon elemental powers for seemingly magical purposes. Some can call upon fire and wind, while others can manipulate heartbeats or the very fabric of matter around them.

Showrunner Eric Heiserrer, the writing staff, and the series’ various design teams deftly weave the Grisha into the fabric of everyday life at these disparate locations. Whether in a bar with potential swindlers or passing through The Fold or being presented to a Ravkan royal audience, there’s an appreciation for the logistics and mechanics of this everyday “Small Science” that keeps this world grounded. When even more fantastical forces arise as things progress, it makes an impact to see what summons attention (and even devotion) in a world where conjured balls of flame can be commonplace. 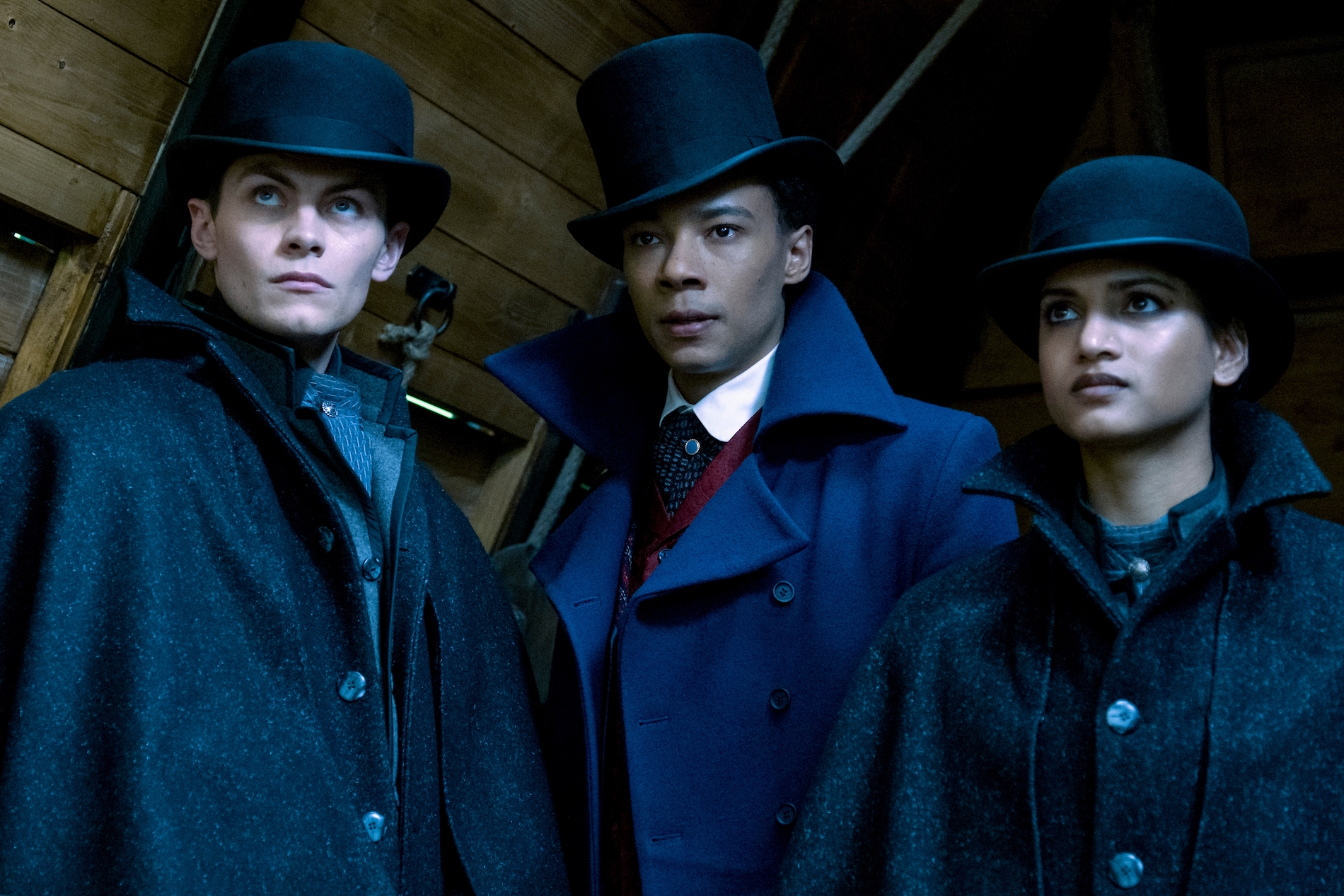 As Alina is navigating a new group of power brokers vying for her attention, a crew led by the savvy Kaz Brekker (Freddy Carter), wisecracking sharpshooter Jesper Fahey (Kit Young) and precision knife-wielder Inej (Amita Suman) set out from the bustling town of Ketterdam on a dangerous assignment for a hefty reward. The greatest weapon that “Shadow and Bone” has against a damaging self-seriousness is an easy sense of humor, nowhere more apparent than in the interactions that this trio stumble into. Young in particular taps into an impossible-to-avoid wealth of charisma from Jesper’s opening frames. In plenty of other stories, he’d be a simple hired hand. Here, each of these would-be heist team members seem like they hold entire episodes on their own.

They’re a slice of an ensemble that works together just as efficiently as they do in their separate orbits. Though most of the season happens in relative concentric story circles, whenever there’s a new combination of characters, “Shadow and Bone” is already at the point where it’s exciting to see these tiny worlds begin to collide. Watching all of these disparate elements start to coalesce (particularly in Episode 5, the season’s high point) is the mark of a show that’s able to consider each of its parts as individuals and not cogs.

That comes largely from a sense of forward momentum rooted in each character’s sense of survival. Each of them has a different way out their current predicament: some have to make good on a singular mission, some are looking to avert an all-out catastrophic conflict, while others are looking to repay debts that are even larger than they realize. That “Shadow and Bone” can differentiate between those objectives and have them carry specific weight is what keeps the show humming along once all those pieces lock into place.

The fantasy epic comparisons invite themselves (each episode’s short credits sequence has its own quasi-sigil), but perhaps the best analogue for “Shadow and Bone” is “The Expanse,” the operatic sci-fi series on the verge of its final season on Amazon Prime Video. Not only do both manage to being a steady stream of levity and warmth into an ongoing battle with plenty of life-or-death consequences, they both draw a lot of strength in how they handle a potential world-destroying foe that exists outside any one person. Both the protomolecule and The Fold are fascinating antagonists in that they bring out both the best and worst in those trying to use its existence to their advantage. 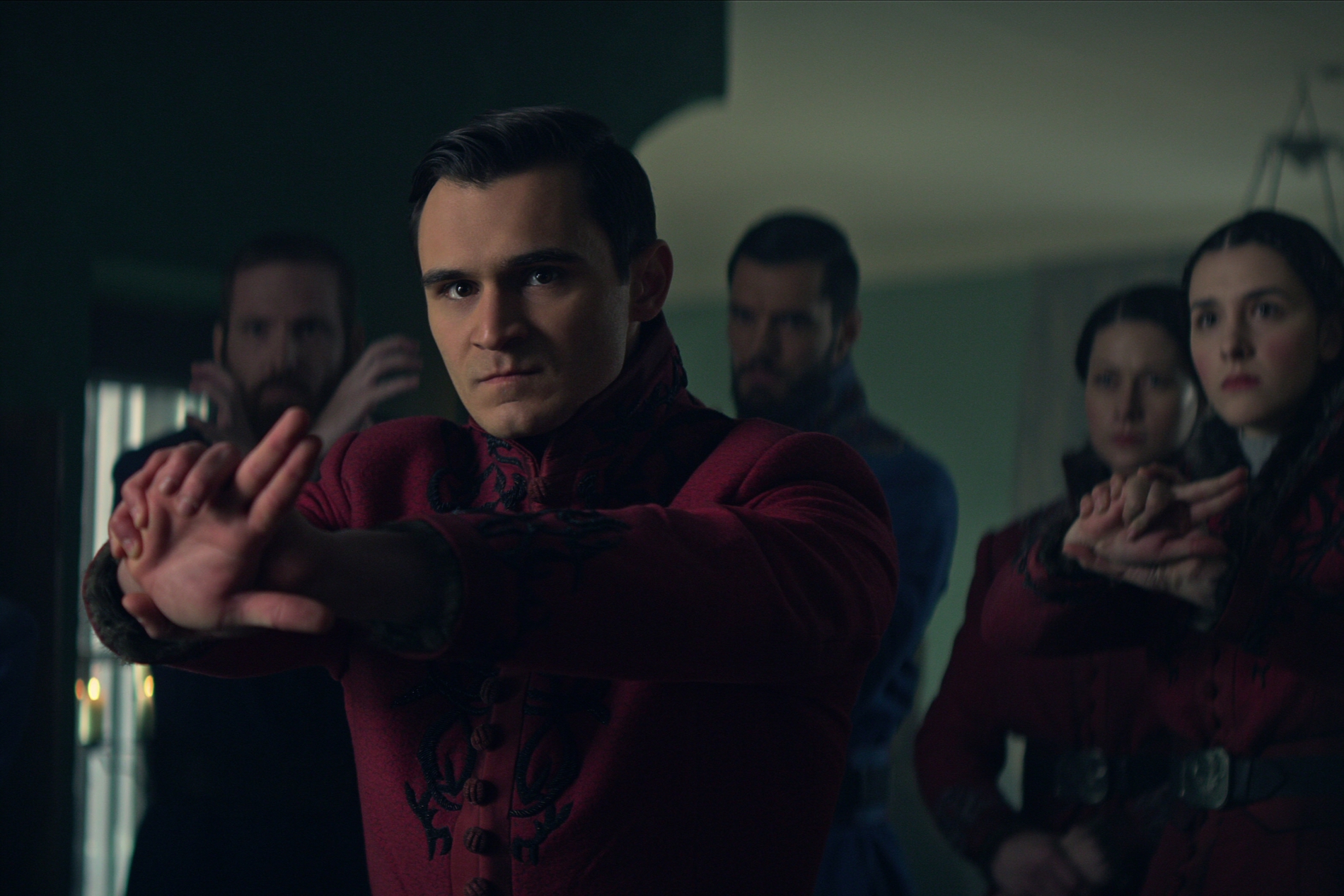 Perhaps the savviest move in this season (hopefully the first of more to come) is to resist the temptation to let the existence of a potential super weapon overwhelm the rest of the series. There are points where the usual city-destructing climax feels inevitable — the places where “Shadow and Bone” are able to pull back from a preoccupation with destruction and focus on the power of specific relationships within a changing world make for a much more compelling story engine.

“Shadow and Bone” covers an impressive amount of territory in these opening eight episodes. Some may balk at how removed some of these threads are. (Though, this season’s most far-flung storyline delivers some of the series greatest charms so far.) Paradoxically, the density of this detail of the obligations to these characters — without going too much into the logistics of Bardugo’s books, this series is effectively combining two parallel series into one — is both a strength and a slight hindrance, given how much time and space there is to work with.

Still, the success of “Shadow and Bone” Season 1 is that it works so effectively as the first installment of a potential trilogy. By the end, as the show is addressing ideas of hypermilitarization, class stratification, and the fraught nature of prophecy, it’s apparent that there’s more going on inside this season than is readily available on the surface. Here’s hoping there’s a chance for even more to shine through.

“Shadow and Bone” Season 1 is now available to stream on Netflix.
Click to expand...

news Netflix Is Now Streaming Ukrainian President Zelensky’s Satire ‘Servant of the People’ in the U.S.