The 2022 SeriesFest officially announced its star-studded programming slate to take place May 5–11 in Denver, Colorado.

Plus, comedian Amber Ruffin will open SeriesFest’s Centerpiece event at the iconic Red Rocks Amphitheatre with a screening of her favorite episode of “The Amber Ruffin Show” (Peacock) just ahead of headliner and chart-topping alternative rock band Lake Street Dive.

“The heart of SeriesFest is bringing people together from around the world to celebrate and connect their passion for episodic storytelling,” Randi Kleiner, Co-Founder of SeriesFest, said. “This gathering is long overdue and we are honored to return with such an incredible lineup of marquee creative and industry icons. We look forward to sharing six-days of provocative, thoughtful, and meaningful conversations.”

Please see below for the full list of scheduled events. 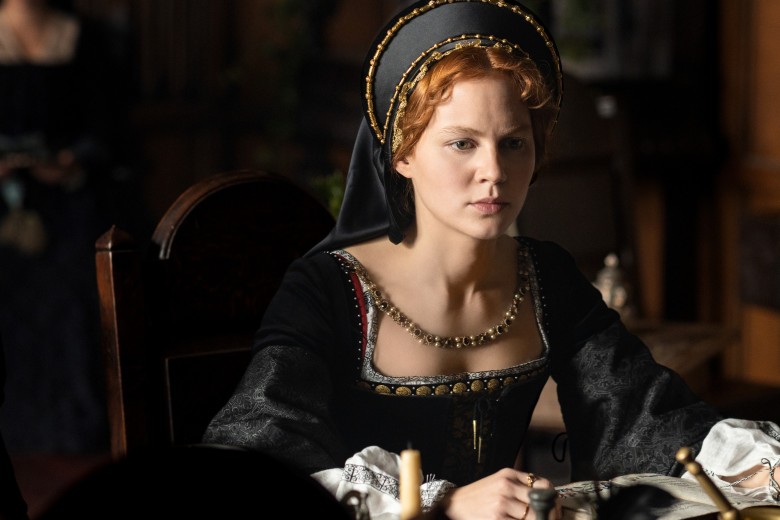 Join us for an exclusive opening night screening – the U.S. Premiere of STARZ’s “Becoming Elizabeth,” which chronicles the teenage years of Queen Elizabeth I. And join us for a Q&A with the show’s Creator & Executive Producer Anya Reiss and stars Alicia von Rittberg and Jamie Blackley.

From the opening credits to iconic kisses in the rain, television’s most defining storytelling moments are tied to the music that accompanies them. But what goes into creating these hair-raising moments and memorable themes? Join us at SeriesFest for an exclusive conversation around the process of curating the perfect music that elevates visual narratives and the artists responsible.

INNOVATION TALK SERIES WITH JON FELTHEIMER (CEO, LIONSGATE) AND MIKE FRIES (CEO, LIBERTY GLOBAL) – SPECIAL EVENT
Presented in partnership with Liberty Global
SeriesFest is excited to present a special conversation with two top industry executives, Jon Feltheimer, CEO of Lionsgate, and Mike Fries, CEO of Liberty Global. Join us for an in-depth conversation as they discuss the evolving international television marketplace and visions for the future of entertainment. A not to be missed discussion.

“CANDY” (HULU) – NETWORK SCREENING AND PANEL
Moderated by Steve Greene (Associate TV Editor, IndieWire)
In Attendance: Robin Veith (Co-Creator, Showrunner, Executive Producer) and Nick Antosca (Co-Creator, Executive Producer)
Join us for a special screening of Hulu’s “Candy,” starring Jessica Biel and Melanie Lynskey – a limited series that follows Candy Montgomery, a 1980s housewife and mother who did everything right but when the pressure of conformity builds within her, her actions scream for just a bit of freedom, with deadly results. The show’s executive producers and co-creators Robin Veith and Nick Antosca, will join a post-screening conversation about making of the show. 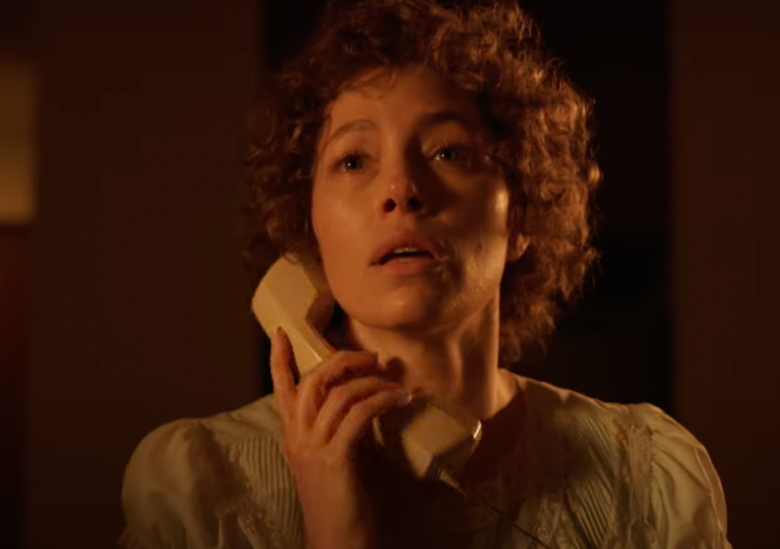 EVOLVING THE SET STANDARDS & PROTOCOLS – PANEL
Presented in partnership with the British Film Commission
In Attendance: Louise Smith (Change Specialist), Leo Anna Thomas (Wellbeing Facilitator), Elaine Hall (Set Advocate, “As We See It”)
Over the past two years, safe set practices have expanded to include roles for mental health services, accessibility standards, intimacy coordinators, and COVID safety officers. SeriesFest is proud to partner with the British Film Commission for an in depth look at how these important new roles and regulations are impacting today’s productions and raises the bar to keeping sets safe for cast and crew.

TRUE CRIME ADAPTATION AND RESPONSIBLE STORYTELLING – PANEL
In Attendance: Patrick Macmanus (showrunner of “Dr. Death,” co-showrunner “The Girl From Plainville”), Nick Antosca (showrunner of “A Friend of The Family,” co-creator “Candy”), and Robin Veith (showrunner “Candy”)
It’s no secret that shows based on true crimes have been a mainstay on television for years, but now with streamers and podcasts, audiences can’t seem to get enough. Join a conversation with some of the biggest Showrunners working in true crime, Patrick Macmanus, Nick Antosca, and Robin Veith, to discuss the popular genre, their approach to adapting real crime content and the responsibilities that come with it.

DISTRIBUTION DOWN LOW: SHORTS & WEB SERIES – WORKSHOP
Presented in partnership with Seed&Spark
Distribution is one of the most mysterious and misunderstood topics for independent creators. We break down the current landscape of distribution for indie film and TV, including the different avenues to take, the right questions to ask potential partners, and most importantly, the economics for every window from theatrical through VOD and beyond.

“RAT IN THE KITCHEN” (TBS) – NETWORK SCREENING AND PANEL
Moderated by Patrick Gomez (Executive Editor, Entertainment Weekly)
In Attendance: Actress and Comedian Natasha Leggero and Chef Ludo Lefebvre
SeriesFest presents a special screening of TBS’ “Rat in the Kitchen.” Far more than a traditional cooking show – it’s a high stakes game of culinary cat and mouse where viewers get to play detective. Six chefs work together in a series of creative cooking challenges, earning cash in their bank for every dish that impresses Chef Ludo. The catch? One of the chefs is an undercover mole (the rat) determined to sabotage the dishes and undermine the team’s chances at victory. Join co-hosts actress and comedian Natasha Leggero and celebrity Chef Ludo Lefebvre for in-person post-screening conversation.

“THIS IS GOING TO HURT” (AMC+) – NETWORK SCREENING AND PANEL
Moderated by Abbey White (Associate Editor, The Hollywood Reporter)
In Attendance: Creator Adam Kay
SeriesFest presents a special screening of AMC+’s “This is Going to Hurt,” a British medical comedy-drama, created by Adam Kay and based on his memoir of the same name. Creator Adam Kay will join for a Q&A after the screening.

FUTURE OF NON-SCRIPTED TELEVISION – PANEL
Moderated by Jim Berger (Founder, High Noon Entertainment)
In Attendance: Jon Murray (Founder, Bunim-Murray Productions), Cris Abrego (Chairman of the Americas, Banijay and President and CEO, Endemol Shine Holdings)
The surging growth of streamers has transformed the non-fiction marketplace, and for creators and producers, that’s created a huge opportunity. Yet it has also presented significant challenges as the factual industry must now pitch to a myriad networks and platforms, each with constantly changing missions. Join us for a conversation with the leaders in non-scripted television as they continue to break boundaries, challenge the status quo and focus on inclusivity.

NAVIGATING BINGE TIMES – PANEL AND SPECIAL EVENT BOOK SIGNING
In Attendance: Dade Hayes (Business Editor, Deadline), Dawn Chmielewski (U.S. Entertainment Business Correspondent, Reuters) and Evan Shapiro (Producer, “Portlandia”)
Streaming is an obsession for consumers and entertainment companies alike, a bigger entertainment inflection point than anything since the advent of television. But what will it mean for the future of movies, linear TV and the media business? In this wide-ranging conversation, producer and longtime media executive Evan Shapiro will explore the phenomenon with Dade Hayes and Dawn Chmielewski, veteran journalists and authors of the new book, Binge Times.

PITCH-A-THON! – WORKSHOP
In partnership with Working Artist Group, Unreal Media, and Dilettante Productions
SeriesFest is proud to present its signature Pitch-A-Thon event in which independent content creators will participate in an exclusive live pitch session with top television, new media and digital executives in hopes of moving their unproduced projects forward. This year’s Pitch-A-Thon creators will also be eligible to be selected for a partnership with Unreal Media to further develop their project.

MEET THE SHOWRUNNERS: SPOTLIGHT ON FEMALE CREATIVES – PANEL
Moderated by Dawn C. Chmielewski (U.S. Entertainment Business Correspondent, Reuters)
In Attendance: Daisy Gardner (“Single Drunk Female”), Sierra Teller Ornelas (“Rutherford Falls”) and Robin Veith (“Candy”)
Being a showrunner for a television series is a unique and powerful role that carries the creative and logistical weight of an entire series. SeriesFest is proud to present our signature panel where audiences get an in depth look at the life of several dynamic Showrunners and learn how they protect their creative visions of our favorite shows. 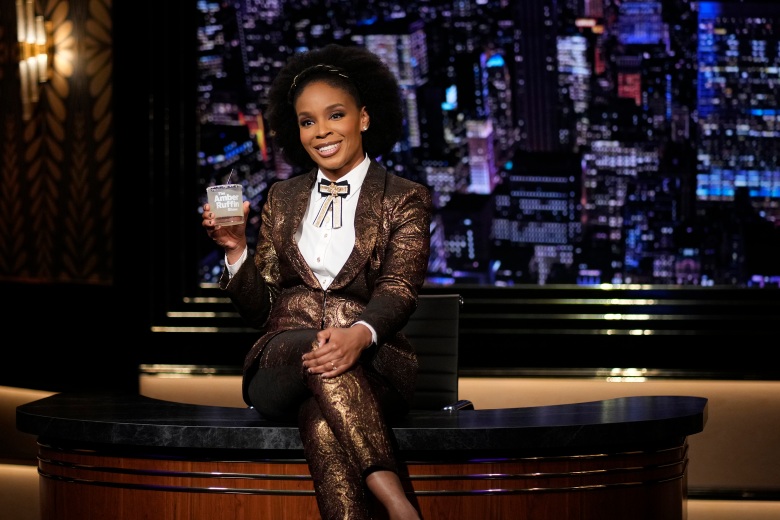 THE AMBER RUFFIN SHOW (PEACOCK) – SPECIAL SCREENING AT RED ROCKS AMPHITHEATRE!
Amber Ruffin makes an appearance at Red Rocks Amphitheatre ahead of a special screening of her favorite episode yet of her Peacock talk show!

“SOMEBODY FEED PHIL” (NETFLIX) – SPECIAL EVENT SCREENING AND PANEL
In Attendance: Phil Rosenthal (Creator, Host)
Phil Rosenthal, best known as the creator of “Everyone Loves Raymond,” is taking to the road and eating his way across the world to take in global cuisine and culture. Join us for a special advance screening of “Somebody Feed Phil” season 5 – premiering on Netflix on May 25 – followed by an extended conversation with Phil Rosenthal himself.

OUTDOOR CHANNEL’S “HOLLYWOOD WEAPONS”: FACT OR FICTION – PANEL
Presented in partnership with Outdoor Channel
In Attendance: Terry Schappert (Host), Larry Zanoff (Host)
Have you ever watched your favorite action show and thought “that could never happen in real life?” You’re not alone. Outdoor Channel’s “Hollywood Weapons” dissects some of Hollywood’s iconic action sequences and puts them to the test in the real world while emphasizing safety standards on set. Join the show’s expert hosts Terry Schappert and top film & TV Armorer, Larry Zanoff, as they discuss best practices for set safety without compromising the million dollar shot. 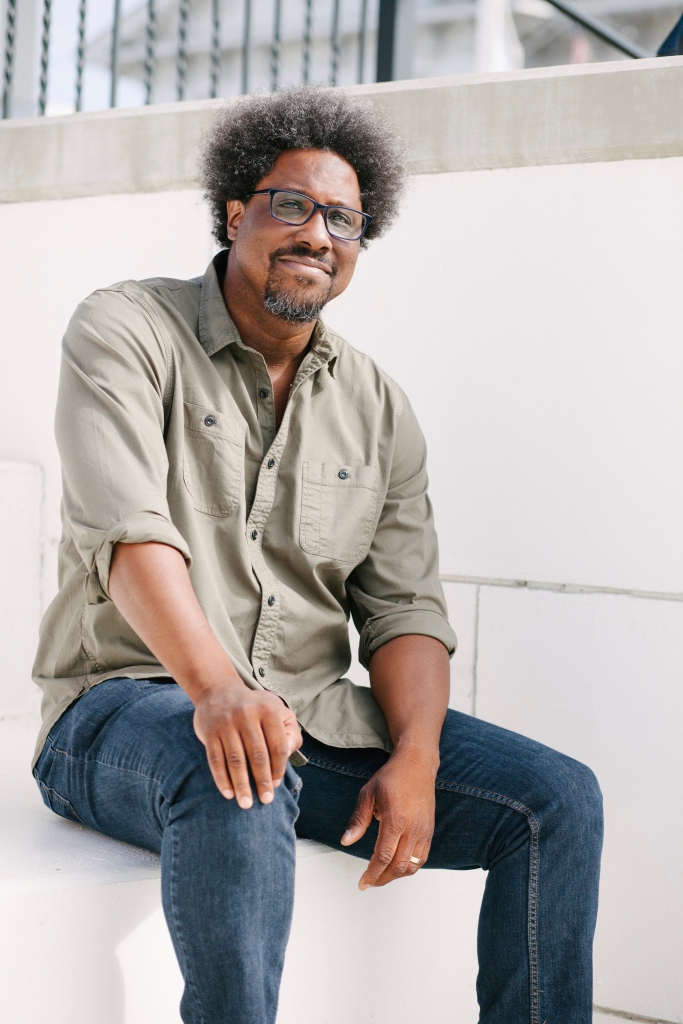 INNOVATION TALK SERIES WITH W. KAMAU BELL (COMEDIAN AND DIRECTOR) AND ERIC DEGGANS (TV CRITIC, NPR) – CLOSING NIGHT SPECIAL EVENT
Presented in partnership with Liberty Global
You may know W. Kamau Bell as a stand-up comedian or the host of the Emmy-winning CNN docuseries “United Shades of America,” but you should know him as a prolific activist and creator with the recent Showtime docuseries, “We Need to Talk About Cosby”. SeriesFest is honored to present a remarkable conversation with W. Kamau Bell and Eric Deggans, TV Critic, National Public Radio, about the intersection of entertainment and politics.

“BRING ON THE DANCING HORSES” – SPECIAL EVENT SCREENING AND PANEL
Moderated by Emily Vogel (The Wrap)
In Attendance: Kate Bosworth (Star, Executive Producer) and Michael Polish (Writer, Director, Executive Producer)
SeriesFest is proud to present a very special screening of the independent series “Bring on the Dancing Horses” with its star/producer Kate Bosworth and writer/executive producer/director Michael Polish. A modern-day western drama that tells the story of an assassin who is out to complete her list of targets and exact her own brand of poetic justice.

THE MAKING OF “YELLOWJACKETS” – PANEL
In Attendance: Brian Kane (Production Designer), Jen Malone (Music Supervisor), Whitney A. Pilzer (Music Supervisor)
Showtime’s hit show “Yellowjackets” has garnered massive cultural and critical success this year after keeping audiences on the edge of their seats. With a show composed of 90s flashbacks, plane crashes, filming in the wilderness and oh, cannibalism, there are a lot of moving pieces to make the show into the phenomenon it has become. Join us for a conversation with the show’s department heads who are doing the critical work behind the scenes. 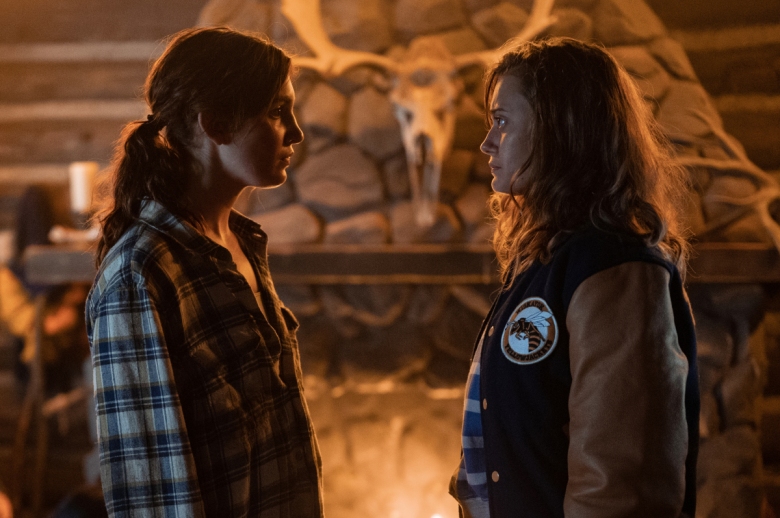 MAKING OF “COLLAPSE: DISASTER IN SURFSIDE” PODCAST WITH TREEFORT MEDIA – PANEL
In Attendance: Treefort Media Partner’s Kelly Garner (Founder CEO), Lisa Ammerman (Partner, Executive Producer), Oscar Guido (Partner and Head of Business Operations), and Thom Monahan(Partner and Head of Audio)
At SeriesFest, we recognize episode content comes in many forms, which is why we’re excited to partner with podcast powerhouse Treefort Media to examine the making of its latest podcast, COLLAPSE: Disaster in Surfside. Join us for a conversation about their approach to audio-first storytelling both in the scripted and non-scripted genres, the importance of sound design and forging critical partnerships for production and beyond.

INDUSTRY CONNECTION WORKSHOP – WORKSHOP
In Attendance: Ramfis Myrthil (Producer, Cicada), Mara McCann (Everygirl Enterprises), Jordan Elizabeth Gelber (“The Americans”)
Showbiz Connection will present a unique workshop for SeriesFest: Season 8 badge holders that highlights the benefits of LinkedIn for Entertainment Professionals. The purpose of this workshop is to empower, engage, and entertain content creators with the reality that they can control their own pathway to success through the power of the LinkedIn platform.

news Tribeca 2022: 8 LGBTQ Films We Can’t Wait to See at This Year’s Festival