Roger Ross Williams Was the First Black Director to Win an Oscar, but the Industry Still Held Him Back

Staff Member
Ten years ago, Roger Ross Williams became the first African American director to win an Oscar, for his short documentary “Music by Prudence.” He thought that would mark a turning point in his career. “I did naively think that all the doors would be open for me — that this was my calling card for the big time,” Williams said in a phone interview last week. “Nothing happened. No one called.”

Instead, Williams said, he found it even harder to get his first feature made. He finished the Sundance-competing documentary “God Loves Uganda” in 2013 after years of fundraising challenges. “If I was a white filmmaker who won an Academy Award for my short film — and I know some — opportunities would have come to me,” he said. “I feel like it took me a really long time to prove myself to the industry.”

In recent years, Williams has become one of the most prominent American documentarians working today. He scored another Oscar nomination for “Life Animated” in 2013, sits on the board of governors as chair of the Academy’s documentary branch, and runs the non-fiction production company One Story Up, which has over a dozen projects in development now. In recent weeks, as the George Floyd protests cast a wider spotlight on racism across society, Williams has felt a renewed pressure to increase his support for black filmmakers.

“I’ve realized I need to take it to another level,” he said. “I need to build a production company that actually is providing content and giving opportunities to black filmmakers and those from underrepresented communities. I need to do it on a bigger scale, to compete with the biggest guys in town.”

Now, Williams is on the verge of taking on new investors and hiring more staff. The company owns three editing rooms in New York City and plans to add several more in the near future. “I want people in the industry to know that there are majority black-owned companies like mine out there, and we are open for business,” he said.

Williams founded One Story Up with Geoff Martz two years ago. During that time, the director has approached a number of promising young black documentary filmmakers to produce more work from them. This includes last year’s “After Maria,” the first feature from Nadia Hallgren, whose Michele Obama portrait “Becoming” recently premiered on Netflix. It also includes Sophia Nahili Alison, whom Williams approached after seeing her short film “A Love Song for Latasha” at last year’s Tribeca Film Festival, and later secured financing for her feature directorial debut. And it includes Matt Kay, whose documentary short “Little Miss Sumo” will soon become a feature developed by Williams’ company.

At the moment, One Story Up has 14 film and television projects in various stages of production, most of which are being directed by first-filmmakers of color or women. These include the recent Netflix miniseries “The Innocence Files” and another yet-to-be-announced series for the streaming platform that was recently given the green light. Last month, Williams announced a partnership with First Look Media to develop a monthly short film program on Topic called — like his company — “One Story Up.” The series will focus on shorts directed by filmmakers of color. “We’re really expanding, which is exciting to me because my priority is telling black stories,” he said. 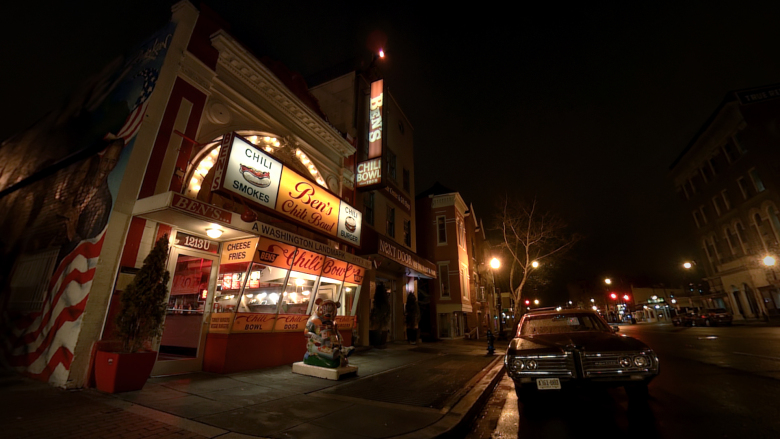 At the same time, he added, he had mixed feelings about the show of solidarity from big entertainment companies in recent weeks. “The streamers or the broadcasters all released statements about how black lives matter, but when I go to meetings with them, there aren’t black executives in the room,” he said. “They need to put their money where their mouth is. They aren’t necessarily going to black directors for content.”

Williams agreed with a sentiment voiced by Stanley Nelson in a recent IndieWire interview, where he argued against white filmmakers telling black stories. “There is a history of white filmmakers telling the story of black pain,” Williams said. “How can they do that when they haven’t experienced it? There are so many talented black filmmakers. We need to create pathways to that sort of power. If all these media companies want to put out statements, they really need to put black people on paths to decision making positions. It’s not going to be tolerated anymore.”

And like Nelson, Williams felt that black documentary filmmakers would stand a better chance at exploring the George Floyd protests than the mainstream media. The filmmaker’s own response to police violence came with last year’s Emmy-winning virtual reality project “Traveling While Black,” which depicts decades of Civil Rights battles through a series of conversations at Ben’s Chili Bowl, the famed D.C. restaurant that supported black struggles across the 20th century.

While much of the project deals with the distant past, it culminates in a devastating interview with Samaria Rice, whose 12-year-old son Tamir was holding a toy gun when a police officer shot him to death in 2014. The conversation unfolds in a booth at the restaurant, providing an intimate look at the woman’s grief. “Samaria hadn’t really told her story,” Williams said. “The media was only interested in Tamir Rice as a headline. No one really talked to her or asked her what she was experiencing emotionally beat by beat. That only happens with the sensitivity and depth that a documentary can bring.”

In Williams’ other role as the Academy’s head of its diversity initiative, he faces a different challenge. As the chair of the documentary Diversity Committee, he was a voice at the table with the Academy’s “A2020” initiative, the 2016 plan established to double the number of diverse members of the Academy by 2020. While the organization has reportedly met that goal, its membership is still largely comprised of white men. “It’s 2020 now, so what does the future look like?” Williams said. “For the first time, people are listening to us — to the black community, to black filmmakers. While we have everyone’s attention, because it’s not going to last, this is the time to really try to change the fabric of a system built on racism.”

At the same time, he wanted to manage expectations. “We can’t reverse 400 years of racism overnight,” he said. “Hollywood has a short attention span and could forget about this when you see don’t see riots in the streets anymore. And we can’t let them do that. We have to build real change here.”
You must log in or register to reply here.
Share:
Facebook Twitter Reddit Pinterest Tumblr WhatsApp Email Link
Top