news ‘Philly D.A.’: PBS Series Shows How a Key Step Toward Systemic Change Is Knowing When to Listen

While it eventually evolved to become a sprawling, eight-part look inside a Philadelphia institution at a crucial pivot point, “Philly D.A.” didn’t start out that way. Ted Passon and Yoni Brook began filming a smaller-scale documentary project on the longshot local campaign of Larry Krasner, a longtime progressive defense attorney running for the city’s district attorney job.

After Krasner’s surprising victory, the two showed up throughout the transition process and in the opening weeks of the new DA’s tenure. Over time, producer Nicole Salazar joined as an integral part of the series’ core team, helping to expand the scope of a unique journalistic endeavor. After a Sundance premiere and a weekly run as part of PBS’ “Independent Lens,” “Philly D.A.” now stands as a record of an undertaking seemingly as mammoth as the downtown office building where much of it takes place.

Pick any metaphor you want for how to describe that process of amending and reforming decades — and in some cases, centuries — of precedent for different law enforcement practices and standards, but like the turning of a proverbial ocean liner, there are plenty of people working to get it done if you know the right places to look.

“For such a slow-moving, bureaucratic machine, there’s like no shortage of action. In a DA’s office there’s something always happening, whether it be the ‘Crime of the Week’ or big policy fights. Their discretion, and the range of what they’re doing is so wide and hits so many different arenas and interacts with so many players,” Passon said. “It looks like it’s moving really slow. But you could also argue that there’s a million things happening all the same time that they’re putting their attention to. In some ways, it’s actually happening really fast considering the volume of work that is actually in front of everybody.”

So with that constant hum of activity, “Philly D.A.” makes the frequent, incisive choice to move beyond Krasner’s daily duties, however consequential they may be. That focus on the individual, regardless of their position, is what gives “Philly D.A.” its foundation. Though Krasner is the public face of the institution, the team realized early on that in showing the daily functions of the office, they were going to glean just as much insight from forming relationships with employees on all floors.

It’s a reflection of not just the city’s changing approaches to sentencing guidelines and handling law enforcement misconduct, but the series’ own attempts to reframe how the documentary world presents the very concept of “crime.”

“This is maybe a hard word, but I don’t think you can overlook the complicity of the media, and even docuseries, in this narrative. If you think about what docuseries we all like to watch — and I’m guilty of it — it’s true crime, it’s the spectacle of violence. It’s the outlier cases that even get a trial of a jury of your peers. 95% of all criminal cases don’t even go to trial,” Brook said. “We couldn’t go in the courtroom. In order to avoid repeating what the genre does, which is maybe scare people and focus on a serial killer, that’s not what’s causing mass incarceration, and mass supervision in this country.” 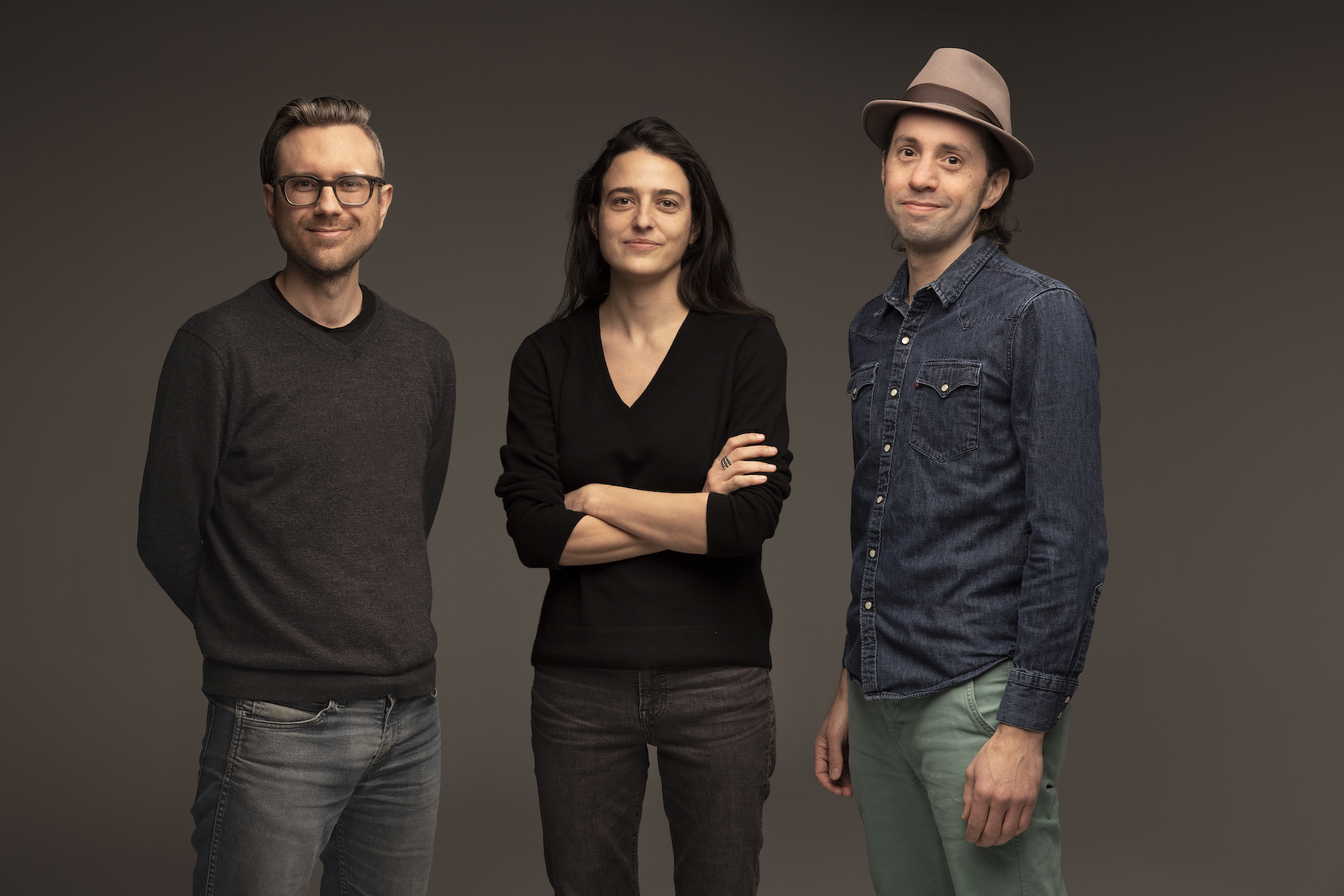 A fundamental part of expanding that scope was spending time looking at how the policies that exist in some cases on a purely theoretical level could have real, tangible effects in the lives of people in and around Philadelphia. The series incorporates the voices of community activists, some working to exert specific changes from within the system and others applying public pressure for the office to make good on some of Krasner’s most vocal campaign promises. Those looking for a hagiography (or those looking to condemn the series as one) will find plenty of people in these episodes who are resistant to or outright defiant of the changes in procedural approach.

“We really quickly put a huge amount of emphasis on going and finding police officers that were not cookie-cutter, Fraternal Order of Police union stereotypes, but were actually in the communities and from the communities that they were policing,” Brook said. “It’s why, whenever Larry Krasner would fire a DA, we wouldn’t take our cameras, but we would go to those parties that they would have at the cop bar or the DA bar, and meet them outside of the office. That’s how we got to meet judges who were former prosecutors who had different opinions on what he was doing. So I think showing the different viewpoints and entry points on systemic change being tough, I think gives people the viewers like ideas of how they can understand the system isn’t just about that one actor that you had access to at the beginning.

“I think it gave us a more boots-on-the-ground perspective on what different institutions actually thought of the office. When we’re in there, we’re hearing their assumptions of what people think of them. Sometimes we could see something coming before they would, because we would know the reality of what people thought of them in certain situations,” Passon said. “Using that tension helped inform some of our choices about where we were going to be filming. ‘Should we come in with them? Should we already be there? Who are we going to be with?'”

In turn, that also helped “Philly D.A.” zero in on the elemental parts of day-to-day life among the inner workings of the department. There were times when the inherent tension of an impending announcement or a pivotal policy shift didn’t lend itself neatly to a grand, sweeping public gesture that would be easy to capture on film. So “Philly D.A.” found key ways to bring out the extraordinary from the seemingly mundane.

“A lot of it was also embracing that the banality was the drama. If Larry is clicking on his keyboard, because he’s typing up the final press release because he’s about to charge a police officer for the first time in 20 years, that’s the drama that you’re gonna get. So don’t miss it,” Salazar said. “You’re following the paralegal who’s delivering all those letters to the judges’ offices. Yoni with his tenacity and endless pushing, showing up and building a relationship with a judge who’s gonna be on the receiving end of that letter. Getting that side of it, you’re able to cut it together in a dramatic way. You can’t escape the thing that is in front of you, which is boring, bureaucratic paper-pushing sometimes. So just try and embrace it and really go for it.” 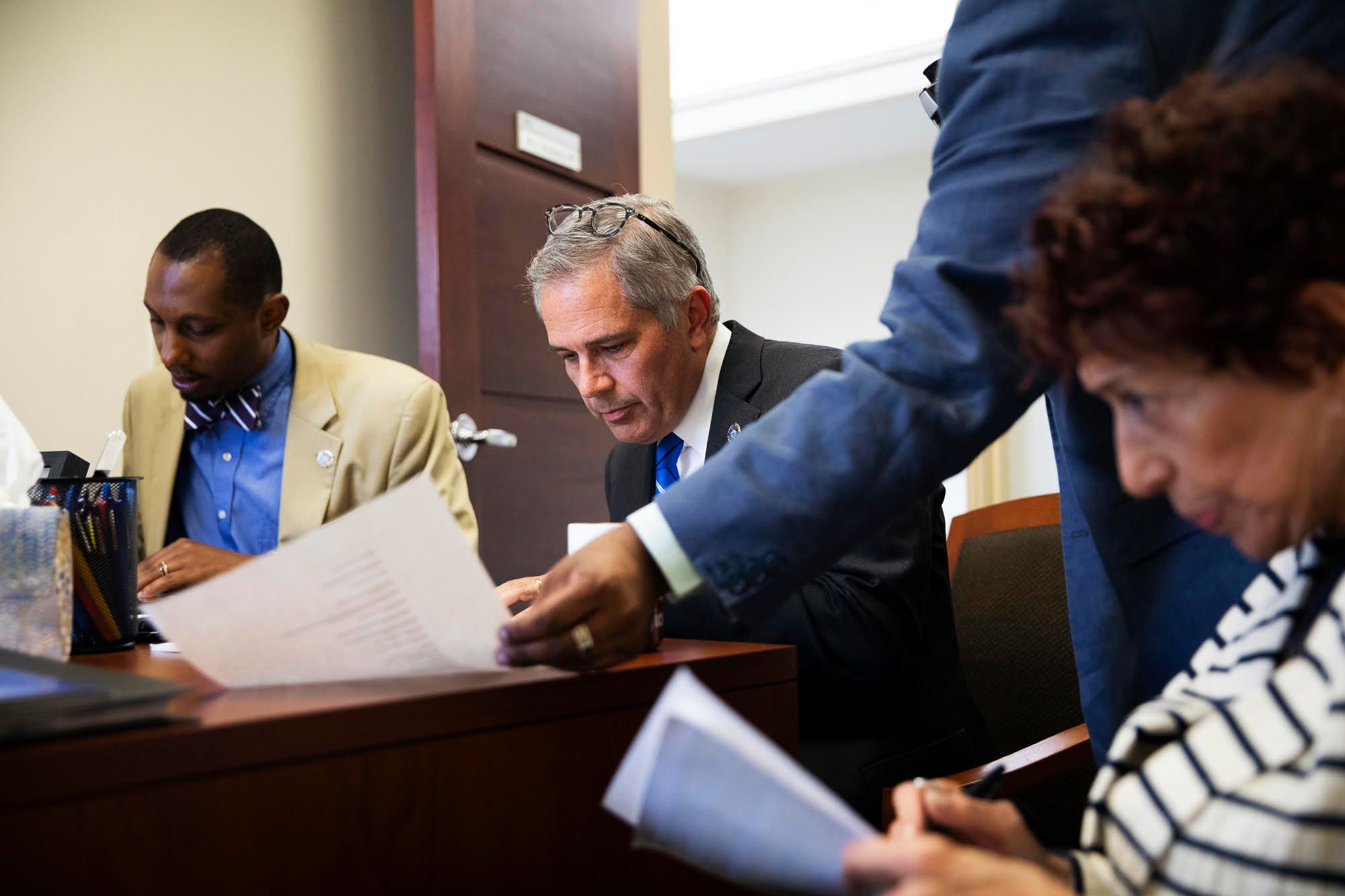 The timing of the show’s release is potent in any number of ways. Krasner recently won the Democratic primary and now only the November general election stands in the way of another term. The April Supreme Court decision struck down bans on life without parole sentences for juveniles. And beyond the lingering effects of the pandemic, the nationwide movements that came into stronger focus last year reflect some of the series’ pre-2020 conversations about how a city manages its financial resources.

All of that means that, even if this team doesn’t return to the DA’s office in the same capacity, the series itself is a testament to the idea that decisions in the present have effects that stretch into future decades.

“Ted and I, we live in Philadelphia. So it’s not like we’re going anywhere. These issues are going to continue to matter to us and to our community. Those questions still have to be asked, and I think I think we’re gonna keep keep looking at it in some capacity,” Brook said.

Regardless of where this crew turns their attention next, one of the most applicable lessons from this season of “Philly D.A.” is the value of letting people just talk things out.

“Having an outside person be able to empathize with what they were going through because we saw it firsthand seemed huge. A lot of times, we would have people tell us that just the act of us asking them questions about what they were doing, would cause them to process what they were doing,” Passon said. “I think some people saw us as a great sounding board, because we would ask questions as outsiders that in some ways were dumber and more obvious. We would inadvertently be helping people work through things or figuring out where they’re at because they were having somebody probe them about it.”

“We’re certainly not the only journalists or people to try and do this. But one of our goals was just to introduce that little bit of space before the knee-jerk reaction that is sort of typical in this space. ‘Crime is going up? We need more police.’ Or ‘Somebody committed a murder? That person must be evil.’ We wanted to create a little bit of an inoculation against that and remember the structural issues underneath it, to think about the threads of how different lives are connecting,” Salazar said. “If somebody goes to jail, it doesn’t mean they disappear. That’s impacting their families at home. They’re going to come back at some point. If our audiences walk away from the series having a little bit of a pause when they hear about something like that, I think that’s a good thing.”

“Philly D.A.” is available to stream via the PBS app.
Click to expand...

news ‘Philly D.A.’: PBS Documentary Series on Civil Rights Activist Probably Should Have Been a Feature

news Hold on to Your Bonnets: ‘Sanditon’ Renewed for Two Seasons on PBS

news ‘Birdgirl’: Madcap Animation Is at Its Best in One of TV’s Most Chaotic Shows