The debut season of Hulu’s murder mystery series “Only Murders in the Building” certainly had a stacked cast. Its main trio alone consisted of Martin Short, Steve Martin, and Selena Gomez, after all. But it also had its share of guest stars, including Tina Fey, playing podcaster Cinda Canning, not to mention Sting portraying…himself. If you’ve been working through the new season you might have noticed that a lot of other stars wanted to play in the “Only Murders” Arconia sandbox this time around. Good for them, but a problem for viewers.

A few episodes into S2 it seems plot may have fallen by the wayside. Though the death of Bunny Folger (Jayne Houdyshell) was how Season 1 ended there doesn’t seem to be as tight a mystery here as in Season 1. Oliver (Short), Charles (Martin), and Mabel (Gomez) feel like three disparate characters on separate adventures instead of a team.

It’s certainly understandable why a popular show would entice a bevy of stars, but the overabundance of talent is causing the central mystery to feel a bit slight. Below, some of the most prominent new additions to S2 and how they are faring so far.

The announcement that Delevingne was set to have a central role in Season 2 playing Mabel’s love interest was met with surprise online. Delevingne left audiences wondering why Mabel would need another love interest after ending Season 1 with one: Oscar (Aaron Dominguez), the friend she, Oliver, and Charles had exonerated. It came off like because the show was more successful that Mabel needed a more high-profile partner to suit.

There doesn’t seem to be an air of Delevingne playing herself: Alice is introduced as an entitled artist who takes a shine to Mabel’s work. She spends her time talking about her past with an Oxford education. But this week’s episode, “The Tell,” undoes all that in great fashion and gives Delevingne a chance to do some solid acting, but it’s impossible not to see her as either an obvious red herring (so obvious it becomes annoying) or another take on Jan (Amy Ryan), Charles’ girlfriend who did end up being the killer in Season 1. It’s not that Delevingne is too famous to be a regular person, it’s that the character feels written for Delevingne, not the other way around. The character doesn’t appear to challenge the actress, leading to a performance that feels like it should be important but is muted. 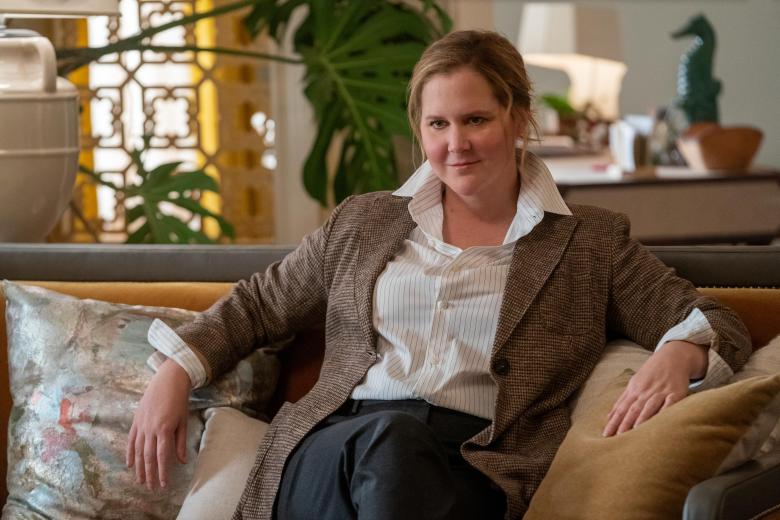 2. Amy Schumer as Herself​

Schumer, as herself, pops up in the first episode of Season 2 as the newest resident to move into the Arconia, taking Sting’s old apartment (and Sting’s guest spot, really). She befriends Oliver in the hopes of getting him to sign life rights so she can develop the “Only Murders” podcast into a limited series where she would play Jan. She might, or might not, also have an obsession with Charles.

More than Sting, everyone has Big Opinions on Schumer and right away the viewer’s opinion is going to color everything associated with her appearance, including the show itself. Since she’s playing a presumably exaggerated version of her own persona the audience is regularly reminded about why they enjoy watching her or not. Schumer doesn’t feel tonally off, but the role is far too cheeky. Every time she brings up the limited series and other jokes they’re deliberate winks at the camera that don’t feel in any way organic.

Here we have another either obvious red herring or a lazy way to infuse more A-list stars into the narrative. We haven’t seen Schumer back since the start of the series but it seems certain she’ll return. Outside of Schumer just playing the character so painfully creepy, it’s simply not compelling. She represents one of the bigger drawbacks to this season: its attempts to be meta. So much of the series this season feels like the snake eating its tail. “Only Murders” is a podcast that wants to be turned into a series that we’re watching play out on-screen. Haha, I get it! No doubt this season would have to comment on the popularity of the in-world podcast, but it also comes off as a goofy way of saying, “Look how popular we are.” 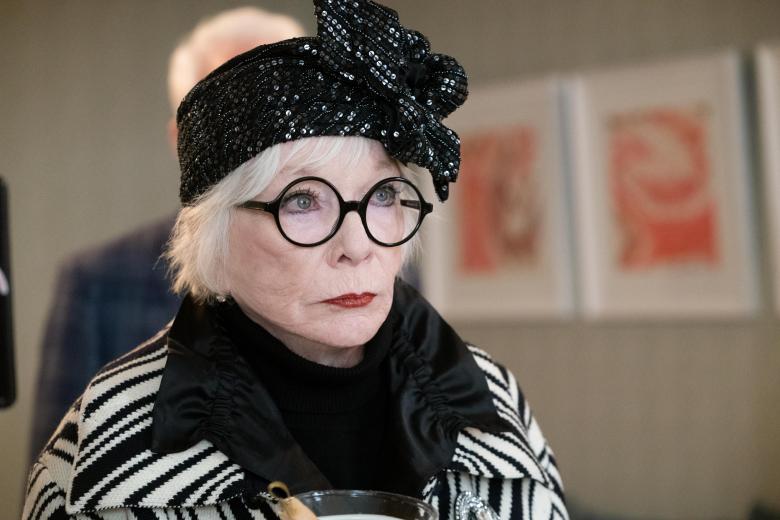 MacLaine’s casting was easily the most exciting of Season 2. MacLaine plays Leonora Folger, the estranged mother of Arconia building manager and murder victim, Bunny. Outside of MacLaine always being a welcome presence in anything, there was an added layer of tongue-in-cheek to her returning to an apartment building considering her success in Billy Wilder’s 1960 feature “The Apartment.” MacLaine hasn’t been a large presence in the series and seems like the stuntiest of stunt casting considering how minor she is, but it’s genuinely wonderful seeing her.

No doubt MacLaine’s plotline will pay off later. (It better: Who uses MacLaine for just one episode?) But she arrives so early in the season only to disappear that it’s hard not to see her as a filler character, a role that has a big name purely because they could get one. Sure, Leonora brings in the relationship between Charles and his father, but that doesn’t have the immediacy of Mabel’s connection to Tim Kono in Season 1. Not to mention that Charles’ father episode is its own separate backstory; it’s not weaved into the central narrative. You might end up forgetting about it entirely. 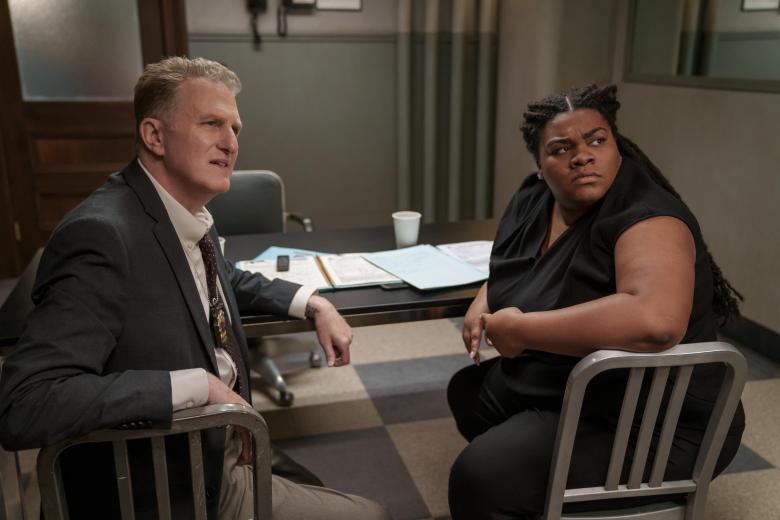 It’s weird how we had to add another member of the police considering how great Da’Vine Joy Randolph is in Season 1, and Season 2 as it goes on. But Rapaport’s Detective Krebs is a major antagonist this season with a particular interest in Mabel that’s certainly creepy. Rapaport is fine, but for most of the early episodes he’s just a standard bad cop. His casting doesn’t necessarily feel like stunt, but right now it doesn’t come off as much of anything.

Fey’s been around since the first season, but it’s worth looking at how she’s used here compared to Season 1. The Only Murders trio revered Cinda in Season 1, seeing her as the foundation for the show they’d create. But by the end of the season, Cinda was simply an opportunist looking for her next big success story. That’s continued here, albeit with Cinda presented in a far more mean-spirited light. Where her and Sting gave the audience glimpses into who they were last season, now the audience questions why Cinda is successful at all. Everyone seems to hate her. Her character worked so well last season because she wasn’t the focus. Her and Sting were just New York ships in the night that passed by our central trio. Now, the Only Murders crew is meant to be on par with Cinda and more of Fey doesn’t work.

Like Schumer’s character, Cinda is another representative of the snooty Hollywood A-list out of touch with reality and desirous to profit off pain and sadness. Depending on how the story plays out, it’ll be interesting to see whether Cinda continues as a central antagonist to the trio or if she might get a worthy send-off. Honestly, if the goal is to create a fresh new crop of characters every season, it might be worth getting rid of her character entirely. And maybe, in the end, that’s the goal? To allow for a rotating round of new characters every season?

If so, hear this plea: For the just-announced Season 3, the series needs to go back to basics and work on the mystery, first and foremost. Make Oliver, Charles, and Mabel the team as opposed to having them drift away from each other with disparate storylines. And try to tamp down all the meta with the A-list guests.

“Only Murders in the Building” streams every Tuesday on Hulu.
Click to expand...

news Times Have Changed, but ‘Little America’ Returns for S2 as Sweet and Smart as Before