Director Mira Nair doesn’t dwell on anniversaries of her work. But when Ava DuVernay called to invite her to 20th and 30th anniversary screenings of Nair’s “Monsoon Wedding” and “Mississippi Masala,” respectively, Nair couldn’t resist. The October 31 tribute, taking place at DuVernay’s Array Creative Campus in Los Angeles, honored both Nair’s films and the strides she made to open the door for other women of color in the directing world, including DuVernay herself.

Nair was especially excited to present a newly restored print of “Mississippi Masala.” She told IndieWire that the feature, about the relationship between a Black man (Denzel Washington) and an Indian woman (Sarita Choudhury), was “a radical film 30 years ago that continues to be as radical today.”

“It’s a very nice moment…[to see] both how far we’ve come but how little we’ve come,” Nair added. “It’s an epitome of something, but it is only that tip of the iceberg.”

At one point during a post-screening Q&A with DuVernay, Nair discussed some of the casually racist questions to which she’s been subjected during interviews over the years. But, she points out, the last 18 months have seen an influx of diverse faces throughout the industry, from executives to talent.

“I’ve seen on my Zoom screens that the faces on the screen have changed,” Nair said. “It’s not all white men I’m talking to.” And she cautioned those in the audience to continue pressing for more. “Whatever it is, the door is open and we have to walk through — but not walk through because we are a flavor of the month,” she said. 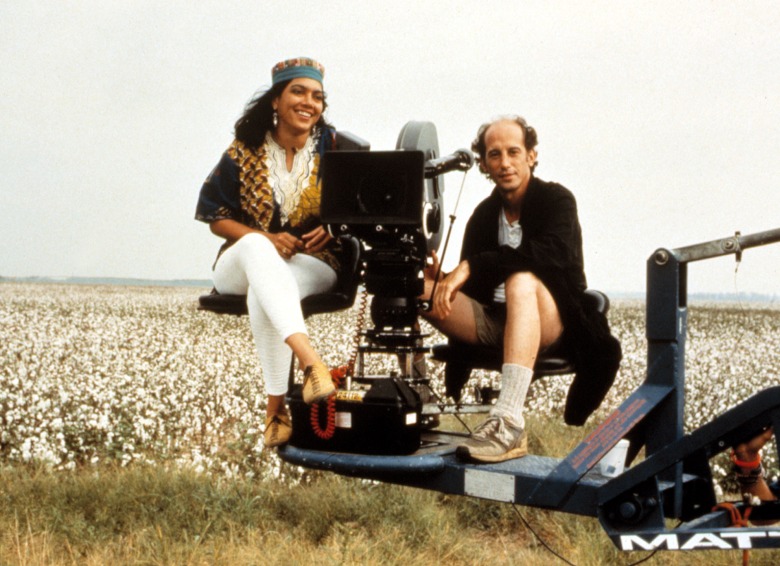 The push towards remote meetings has also helped Nair find talent outside of New York and Los Angeles. “To have that umbilical cord with the talent of the young, and to see how much can be done and, literally, how much talent there is,” said Nair. “I am very energized by these doors opening because it’s not just opening for me. It’s opening for those who will be on the screen.”

With “Mississippi Masala” celebrating both an anniversary and a new restoration, Nair is nevertheless surprised when asked about the possibility of a sequel. She said it’s not something she’s actively doing, but thinks a project she’s working on with Pharrell Williams could almost be a spiritual successor. “I pitched it to be almost like the children of ‘Masala,'” she said. She couldn’t elaborate on it too much, but shared that it features a similar dichotomy, involving someone from the South — Atlanta, in this case — and India.

Nair is also currently working on a television adaptation of “National Treasure” for Disney+. While Nair said it wasn’t something she’d normally gravitate towards, the script and its focus on DREAMers was too irresistible to pass up. “It’s the non-white world, but it’s about the mind,” she said. “It’s about smart people, smart people who have been possibly disenfranchised, but their mind is their weapon.” And while Nair is eager to work on the project and cites the amazing relationships she’s fostered with Netflix and Amazon Prime Video — which will release her next project, “The Jungle Prince of Delhi” — she does have reservations about the rise of streaming services.

“I really hope streamers will not be the only game in town as they are currently,” she said, adding that her concern is independent cinema will be unable to compete with streaming platforms.

Regardless, Nair hopes to be making features and being creative for the foreseeable future. “I don’t find myself chasing the big blockbuster franchise,” she said. But she’d consider it if “the super heroine is full of beans, and unpredictable, and complicated, and fighting for the right things. She will probably have several love interests — not all of them men and not all of them necessarily human.”
Click to expand...

news The ‘Mildred Pierce’ Food Scenes Are Still Worth Savoring