news ‘Malcolm X’ at 30: Spike Lee Reflects on Winning the Fight to Make His Masterpiece

Writer, producer, and director Spike Lee came into the 1990s hot. After the critical and commercial triumph of his 1989 masterpiece “Do the Right Thing,” he started the decade with the exquisite jazz film “Mo’ Better Blues” (1990) and kept up the pace with 1991’s provocative, furious, and hilarious “Jungle Fever.” Those three films had all been made for Universal with modest budgets and were all successes relative to those budgets, but for his next movie Lee was ready to go to the mattresses. He took a break from Universal to make a movie at Warner Bros., the studio that held the rights to a project Lee had dreamed of directing since he was a film student: Alex Haley’s “The Autobiography of Malcolm X.”

Lee might not have been ready to take on a film of that scope and ambition when he was at NYU, but in the fall of 1991 he was more than ready – he was determined. When he read that Norman Jewison – a director he admired, but who Lee felt might miss some of the nuances of Malcolm’s journey – was attached to direct the film, Lee spoke out against the idea in the press. His boldness attracted some criticism, but it also got the director a meeting with Jewison and producer Marvin Worth, and together they all agreed that Lee was the right filmmaker for the job.

The result was one of the great American films not only of the decade but the century, as Spike Lee poured everything he had learned about cinema, politics, behavior and culture into one 201-minute Molotov cocktail of epic filmmaking. An eloquent and intimate character study as well as a sweeping portrait of America in the second half of the 20th century, it was confirmation of Lee’s genius yet his most self-effacing work to date in its humility before its subject.

Some of the film’s fire and fury undoubtedly came from the circumstances under which it was made. Lee had a far less harmonious relationship with the powers that be at Warner Bros. than he had enjoyed at Universal, and there were numerous fights over the length of the movie that culminated in a period when the bond company shut down the film and took it out of Lee’s hands. The director stuck to his guns, however, channeling the same fiery determination that came to define his subject. 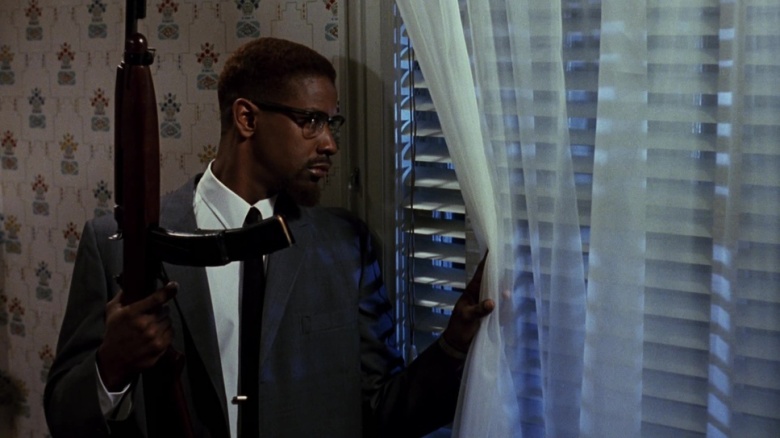 On the eve of the film’s 30th anniversary, Spike Lee spoke with IndieWire about what it took to realize his vision.

This conversation has been condensed and edited for clarity.

IndieWire: I recently reread your book on the making of “Malcolm X,” and it seems like you were fighting resistance and obstacles every step of the way, from the studio to various groups and other people who had their own, very different ideas of what a Malcolm X movie should be. How do you make a great film with all of that coming at you?

Spike Lee: Well, you just have to stay focused. I knew going in there would be people and groups who would have a problem with me being the writer and director, and I understood how deeply those people felt about Malcolm X. [Producer] Marvin Worth had been in the fight much, much longer than I, and is really one of the unsung heroes of the film. He had bought the rights from Alex Haley decades earlier and gone through several directors and screenwriters to get it done. I also have to give a shout-out to my brother Norman Jewison, who was attached to this and whose movies I always liked when I was growing up – especially “In the Heat of the Night.” Norman had the gig and he did not have to step aside. He gracefully allowed me to take over, and I have to thank him and send him love for doing that. 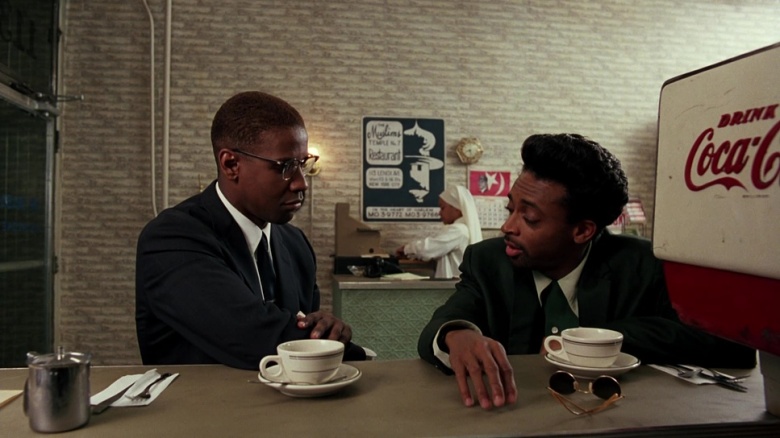 So I knew that on one side against me I had people and their specific feelings, but there was also the obstacle of the budget. Everyone knew – myself, [Warner heads] Bob Daly and Terry Semel, the bond company, and Marvin – everybody knew that the budget that had been approved was not enough to finish the film. It was enough to get us through production, but not to finish. Everybody knew it, it was not a surprise. Marvin and I still thought we should move forward, the thinking being that there’s no such thing as half-pregnant. But everybody knew the dreadful day would come when something bad was gonna happen. That day came when the bond company sent registered letters to everybody in post-production, including my great, great editor Barry Brown, saying their services were no longer needed.

What were the circumstances that led up to that?

The plan was this: to shoot in the fall, then break for the holidays, then go to South Africa and Egypt. Right before the holidays, the bond company and Warner Bros. came with suggestions to cut the budget further. Instead of shooting in the Sahara Desert, they wanted to shoot on the Jersey shore in January, which was insane. We talked them out of that and went to Egypt, and then on the flight from Cairo to Johannesburg there was a bomb threat. It happened while we were in the air, so we had to land in Nairobi while they searched the plane for a bomb. There was a great welcoming party planned for us in Johannesburg, but we were delayed for four or five hours, so when we got there there were like two people left. 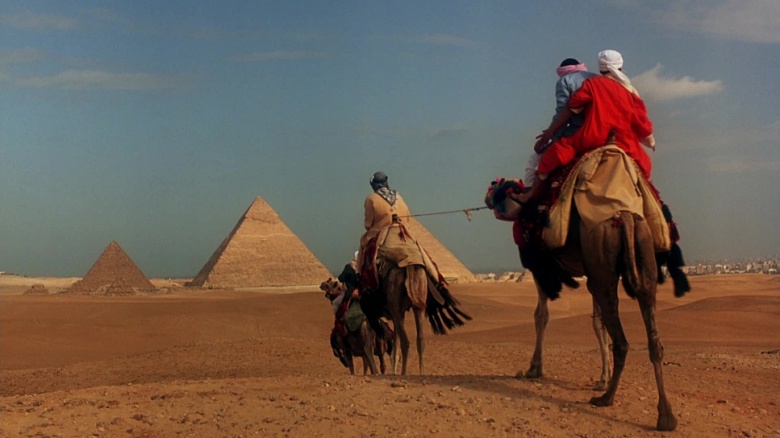 We came home and continued to cut, and the day of the Rodney King verdict was the day we showed Bob Daly and Terry Semel the cut. It was surreal – we’re showing them the first cut of “Malcolm X” and L.A. is in flames. To their credit they sat through the whole thing, and it was four hours. Their assistants would come in giving them written messages about what was going on and it would have been totally understandable if they said “Spike, you know what’s happening. We gotta get out of here and get home.” But they stayed, so I have to give them respect for that.

Warner Bros. always had a problem with the length. They didn’t think it needed to be three hours. But I knew when we were shooting that Oliver Stone had “JFK” coming out, and I asked Bob, “How long is ‘JFK’?” He said it was two hours. He didn’t know that Oliver and I were friends, so I called Oliver and asked him, “How long is ‘JFK’?” He said, “Spike, it’s three hours, but don’t tell ‘em I said so!” I felt that if that subject justified three hours, so did Malcolm X. I needed that time to show the evolution of the character and all the roles he played. When I refused to cut the movie down to two hours, Warner Bros. let the bond company take over the movie. 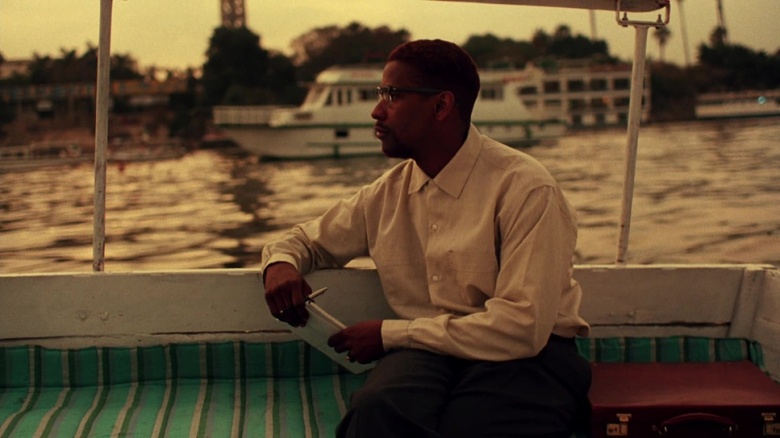 So how did you regain control?

I had already chipped a million dollars of my own salary into the movie and didn’t have any more to put in, so we were at a stalemate. I kept thinking about Malcolm, and how Malcolm talked about self-reliance and self-determination, and those words kept going in my mind until it hit me like a thunderbolt: I know some Black people that got money! And I’ve got their phone numbers. What was tricky was that if I asked for money it was going to be a gift – they weren’t getting a share of the film, it couldn’t be a tax write-off. I made a list, and the first person I called was Bill Cosby. He said, “let me put it in the mail,” and I said, “no, I’m coming to your brownstone now.” I got on the subway, knocked on the door, and he was standing there with the check in hand. He said, “Spike, you want to come in?” and I said, “no, I gotta go, but thank you for the check.” I gave him a hug and ran to the bank with the check.

It was a long time ago, so this is probably not the correct order, but Peggy Cooper Cafritz, Tracy Chapman, Janet Jackson, Oprah Winfrey and Prince all gave. Every time I got a yes I begged for more money, until there were two people left on the list. The second-to-last person was Magic Johnson, and after Magic there was one more person. The GOAT. Michael Jordan. As you well know, Michael is a very competitive person, so I let it slip how much Magic gave me [laughs]. The only request everyone made was that I not reveal how much they gave, and that’s going to my grave. With those individual gifts from prominent African-Americans who understood the importance of the film I was able to pay the post crew and continue to edit. Then on Malcolm X’s birthday we held a press conference announcing that all these great, great African-Americans had contributed to the film, and the next day Warner Bros. took the film back from the bond company and started to finance post-production. 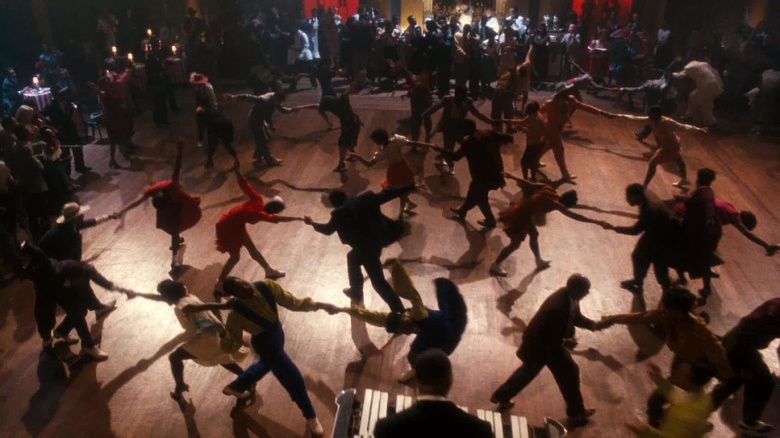 It’s unthinkable as a two-hour film. You need that epic scope, like “Lawrence of Arabia.”

It’s funny that you mention “Lawrence,” because the great DP on the film, Ernest Dickerson, who shot all my films going back to NYU until he became a fine director himself with “Juice,” and I are both big David Lean fans. During pre-production there was a re-release of “Lawrence of Arabia” at the Ziegfeld and Ernest and I went to see it. That was such a great, great, great theatre…it’s a criminal case that the Ziegfeld was turned into a ballroom. Anyway, we were chasing David Lean the whole time we were making “Malcolm X” – thinking about “Lawrence,” “Doctor Zhivago,” and my second-favorite next to “Lawrence,” “Bridge on the River Kwai.” That’s why we open the film with that long crane shot. We had to let people know this is an epic film! From the jump! From the get-go! We were laying down the gauntlet.

Do you think that in some way all of the challenges seeped into the DNA of the film, and gave it some of the force and power that it has?

Here’s the thing. I was not naïve. I knew that this was not going to be easy – it was going to be hard just to mentally and physically make the film, even without all the other BS. But I was ready for the challenge. Everybody in front of and behind the camera knew the stakes, but we were not gonna run from it. I know you hear a lot of sports jargon and cliches from me, but everybody brought their A-game. And here’s the thing: it was never discussed. I didn’t have to give some kind of Knute Rockne, Vince Lombardi, Burgess Meredith in “Rocky” speech. It wasn’t needed. We knew what the deal was. We knew how important it was. We didn’t have to talk about it.

This article was published as part of IndieWire’s ’90s Week spectacular. Visit our ’90s Week page for more.
Click to expand...